My modified migration to Mastodon

My migration to Mastodon
By Hal Brown
Archives on Right >
Why I was banned from Daily Kos
Update: Dec. 12, 2022 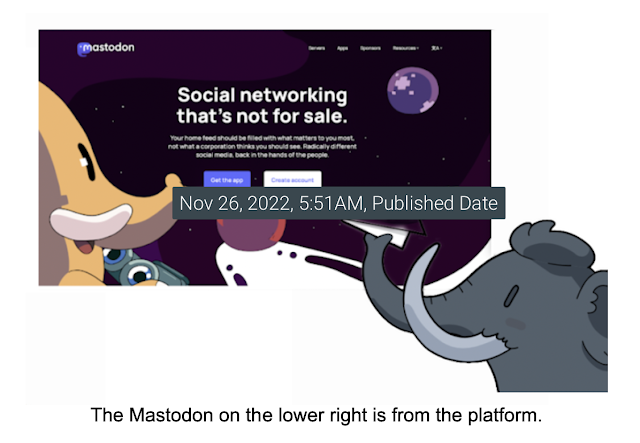 This is what Twitter is doing to those who tweet a link to Mastodon
This is what someone posted on Mastodon:
If you’re wondering about Mastodon’s impact, Twitter is now automatically marking links to mastodon as “sensitive” (aka dangerous) and forcing users who get them to “appeal” the claim. In case Elon didn’t seem desperate enough for you already…
Below is a screen grab of what they tweeted with their identity blocked out by me. 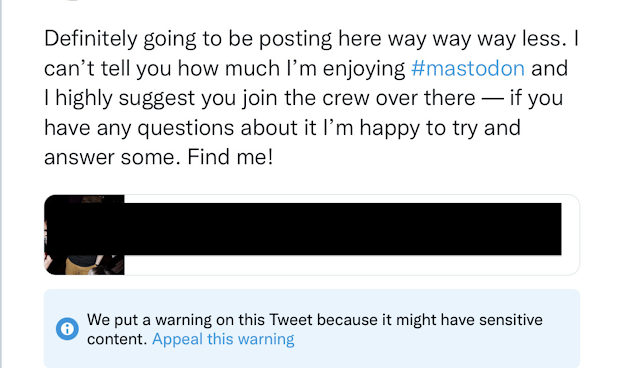 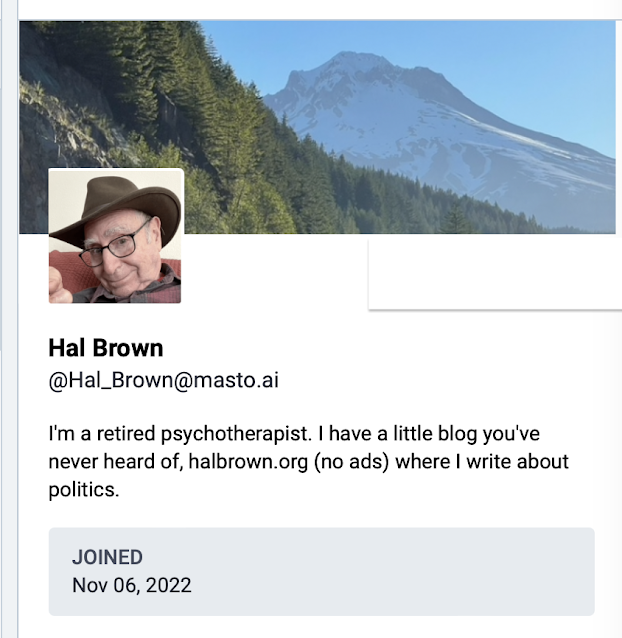 In case you haven't heard, Twitter is in trouble. Two alternative sites I joined are Tribel and Mastodon. I will focus on Mastodon here because I find it to be the most engaging  and interesting of the two.  People I respect and am familiar with like Robert Reich, George Takei, Kathy Griffin,  Dean Obeidallah, and Joy Ann Reid are posting there.

As far as I'm concerned if Kathy Griffin was the only celebrity posting there I would be hooked on the platform. I don't think I ever missed an episode of her "My Life On The D List" TV series. 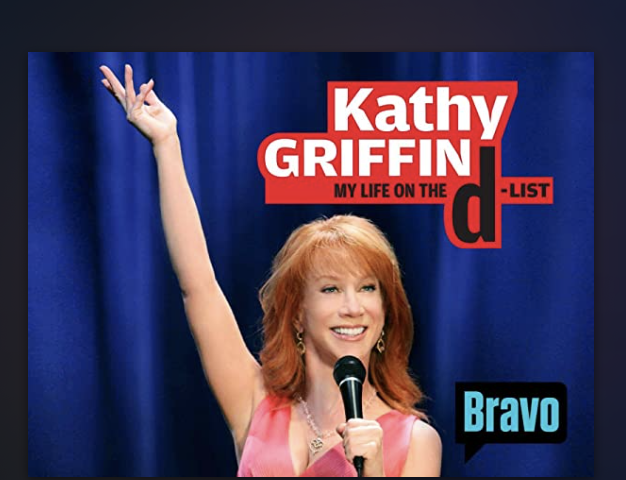 She recently made the news by being suspended from Twitter by Musk: 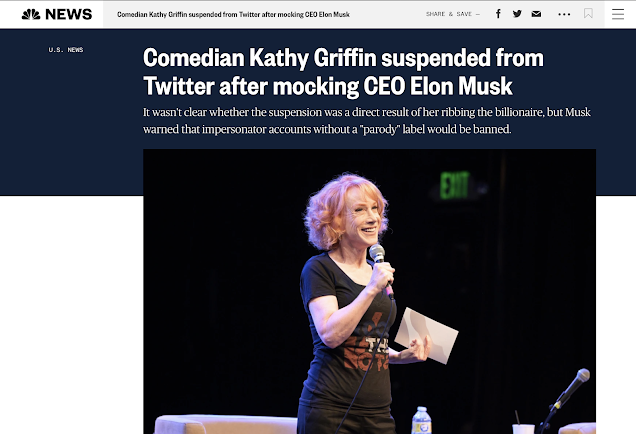 He then reinstated her the next week: 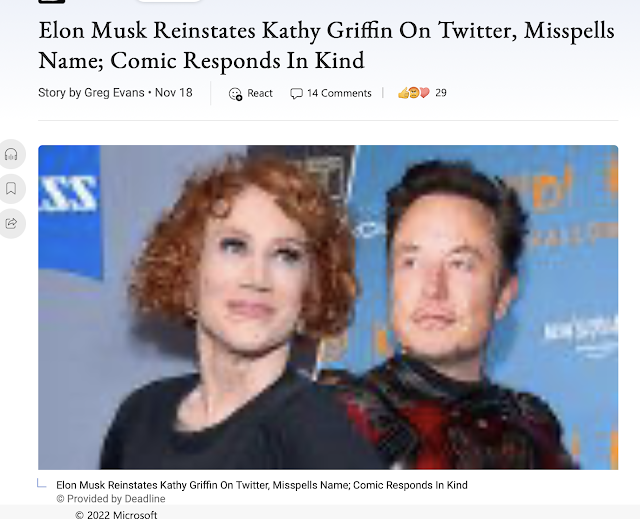 Many people post under their real names as I do. A number of them would not be familiar to most people but have profiles on Wikipedia, for example Jennifer Taub, Matt Blaze, Jeff Jarvis, Tanja Bueltmann, and T. Ryan Gregory.

Stephen Fry posts there. His name might sound familiar.

He's the English actor, broadcaster, comedian, director and writer known for among other things playing Jeeves in Jeeves and Wooster. 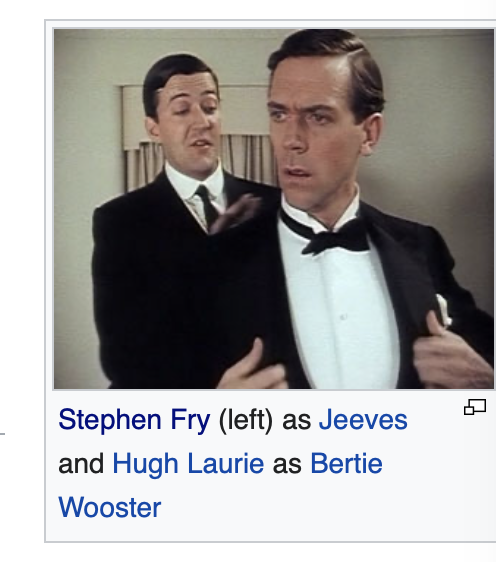 If you are curious about the background of someone who posted (or "toots") there you can click on their name. Most of them are candid about their backgrounds.

I had a seven part dialogue with one poster who actually had business dealing with him about whether Elon Musk was autist or not.

I don't know how many there are but there's a large group of former Twitter employees who post on Mastodon.

There's a news section which highlights articles being discussed on Mastodon: 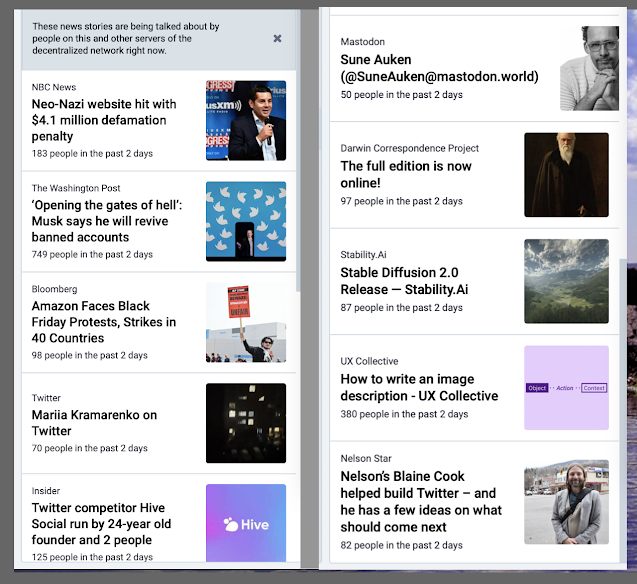 If you are curious enough by now, you can try Mastodon out by joining here: 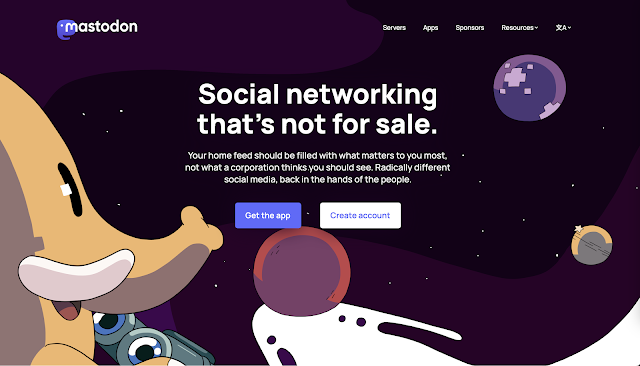 If not read more about it. Mastodon has been in the news. For example, click images to read articles: 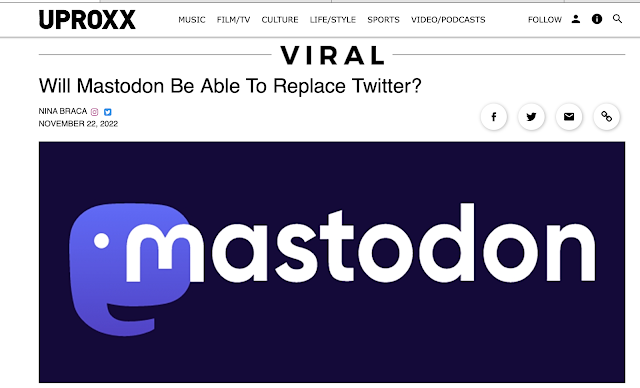 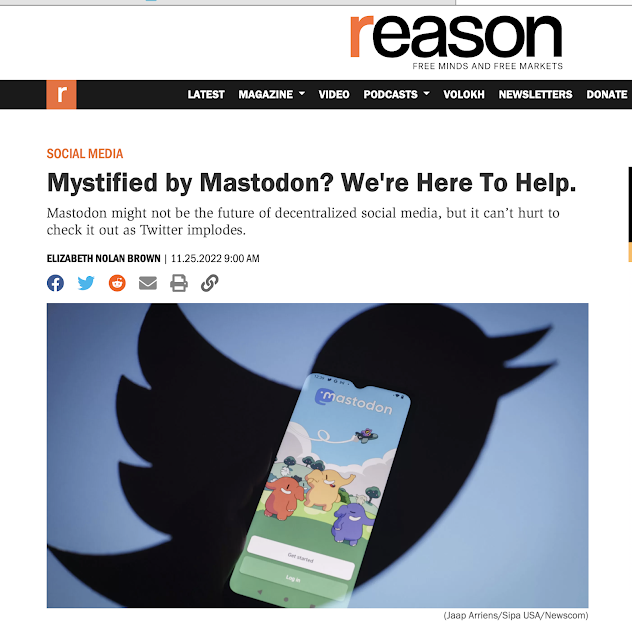 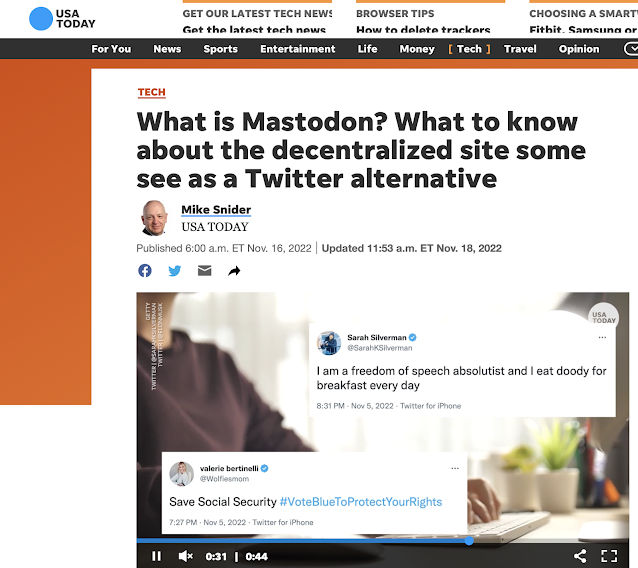 Many users of Mastodon and Tribel have closed their Twitter accounts entirely. I haven't because I like to monitor what is going on there and keep an eye on what Elon Musk is doing. At resenting he's using polls to determine whether or not to reinstate banned accounts. This is from HUFFPOST:

I couldn't resist putting on a reply to the most recent tweet from earlier this morning:

For those of you who don't mind clicking on Twitter you can see the replies to his tweet here.
It's highly unlikely he'll see my reply considering there were over 30,000 replies, but perhaps a few people will. I think if you use an illustration more people may look at what you tweet. It took a brief web search to find these two drawings. 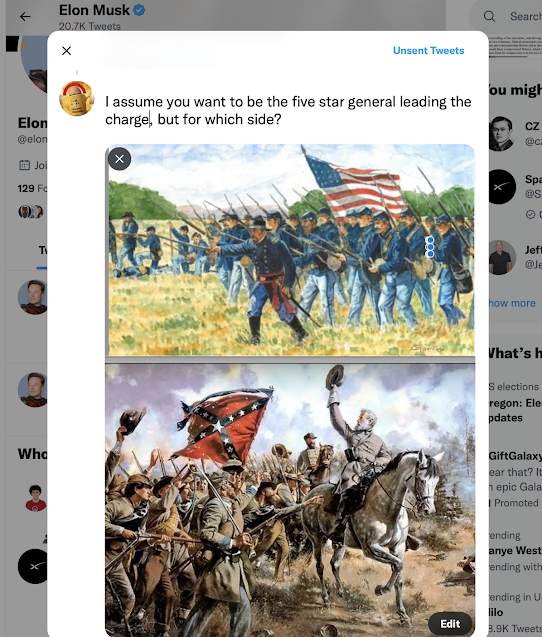