Will Manhattan DA's case against Trump have deadly tentacles 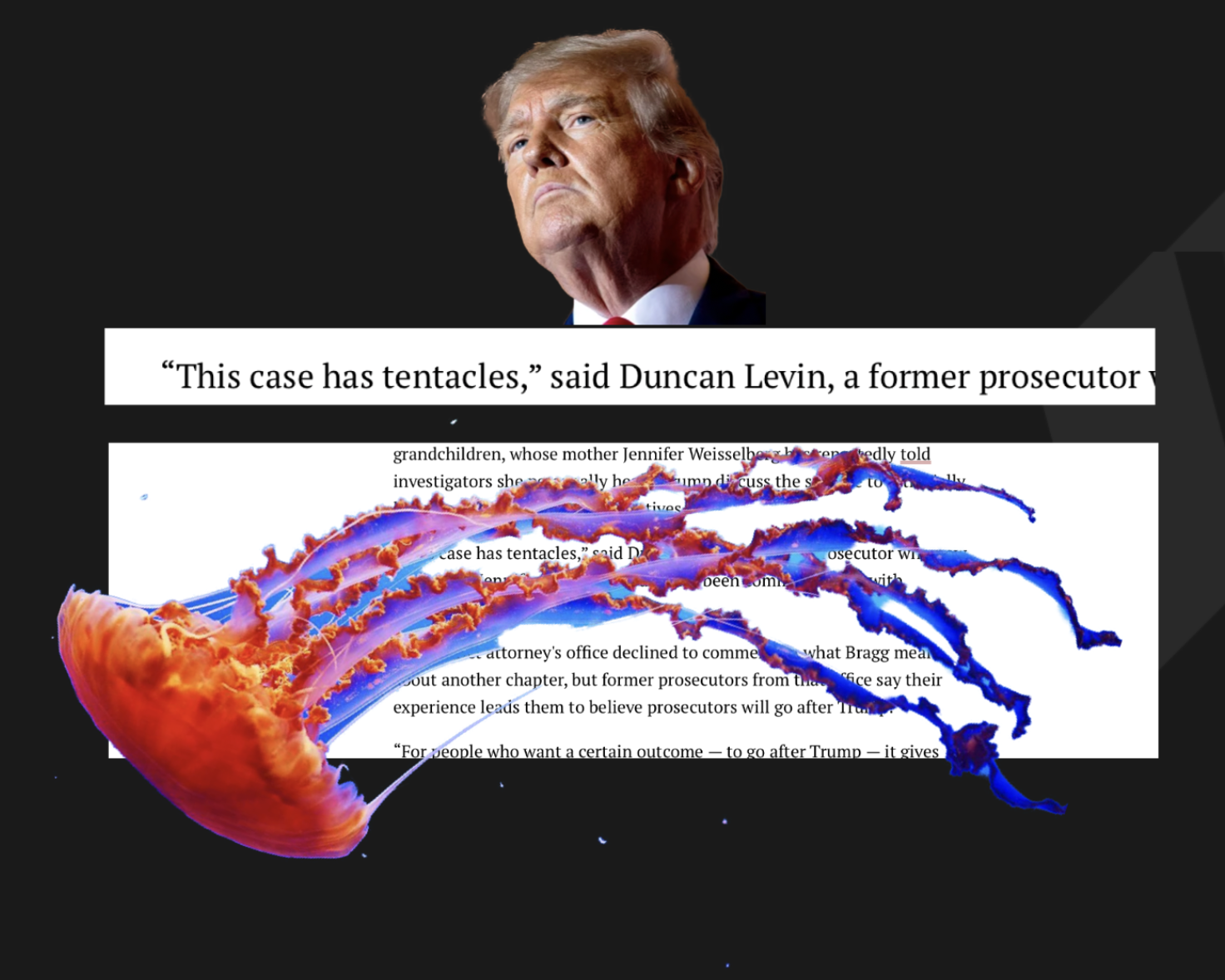 I read this article in RAWSTORY and the phrase shown above leaped off the page and sent me to DuckDuckGo Images to find man-of-war jellyfish. 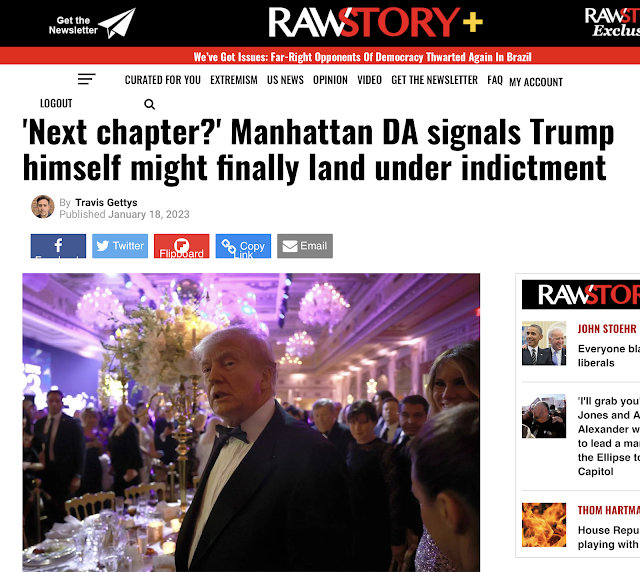 The recent conviction of the Trump Organization and its chief financial officer Allen Weisselberg gave a glimpse of evidence that could tie the ex-president directly to the tax fraud scheme, such as a memo he signed approving chief operating officer Matthew Calamari’s illegal request to reduce his taxed salary to cover the cost of his untaxed corporate apartment, reported The Daily Beast.

Here's the portion about the tentacles:

“This case has tentacles,” said Duncan Levin, a former prosecutor who now represents Jennifer Weisselberg and has been communicating with investigators.

The district attorney's office declined to comment on what Bragg meant about another chapter, but former prosecutors from that office say their experience leads them to believe prosecutors will go after Trump.

“For people who want a certain outcome — to go after Trump — it gives hope," said Catherine A. Christian, a former assistant district attorney who investigated financial fraud. "They’re going to be thorough. I’m doubtful he would have said ‘next chapter’ if they weren’t looking."

To tell the unvarnished truth I don't have anything particularly original to say about this. I just wanted an excuse to make a couple of illustrations. I leave it to readers to indulge in fantasies about the Teflon don Don falling into a jellyfish swarm.

I think he might a need a full immersion wetsuit rather than a coating of Teflon to protect him from the jellyfish swarming around him not only in New York (cue music video) but also in Georgia (cue video two). 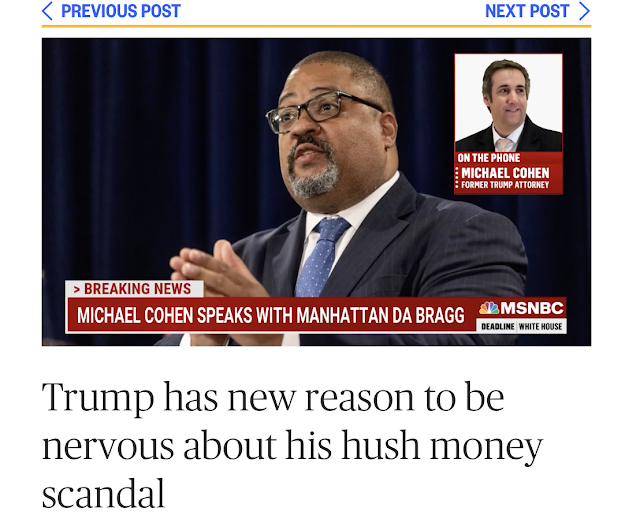 Irrelevant to today's story, items to share:
Funniest puniest of the week: 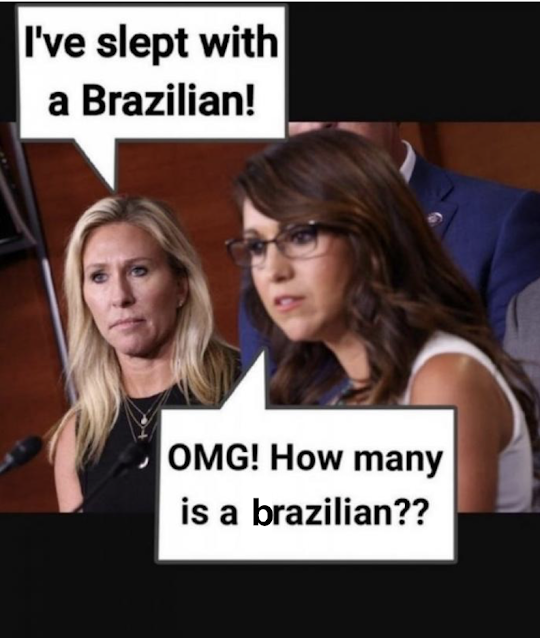 More seriously, everyone should share this image.
This hopefully will be the final straw to break for Santos and humiliate McCarthy. It would be truly great if McCarthy has to take steps to remove him from the House, and at least to immediately kick him off his committee assignments. There are a number of Republicans who shoot their dogs because they can't hunt anymore, but far more are dog lovers. I just wish more articles shared this photo: 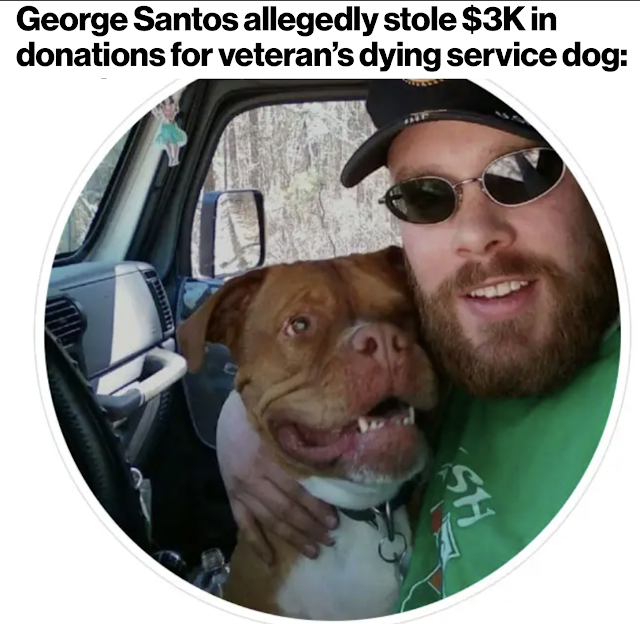 More people should see the video in this article. It is of a former Santos roommate describing how he used the Jewish sounding name Zebrosky on his GoFundMe pages because Jews give more money.

"He would say, 'oh well, that Jew will give more if you're a Jew," Morey-Parker quoted his former roommate.I wouldn't say that you can make a firm judgement of how smart someone is by how they look, but then again.... (article) 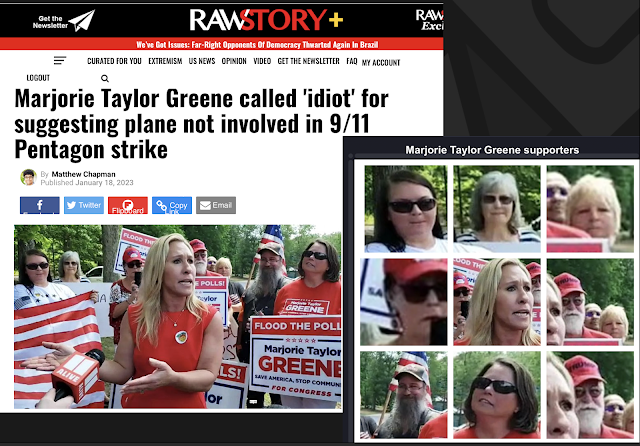 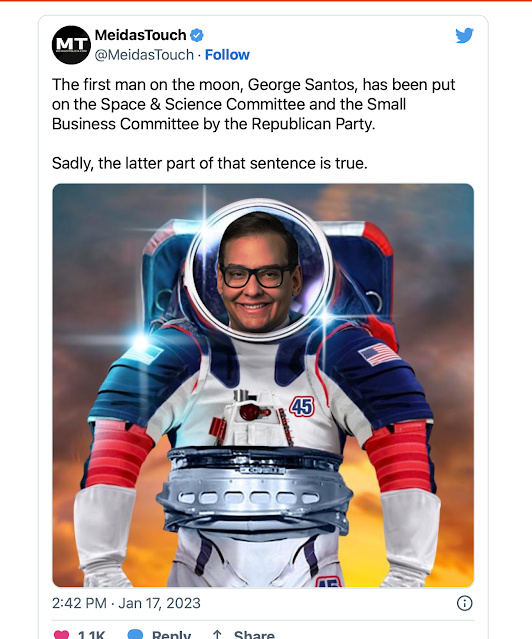