Buzzards and Bins from Portland, Oregon

The buzzard photos (scroll down) were taken from the roof of the Court building where we were having wine the other evening. The bins are at the humongous central Goodwill warehouse. This building is in nearby Sellwood and is so long it looks like it could house an aircraft assembly line.
. This was an instance where even my camera with it's telephoto lens wouldn't allow me to avoid being noticed. All of these were taken with my iPhone as I was pretending to read text messages. 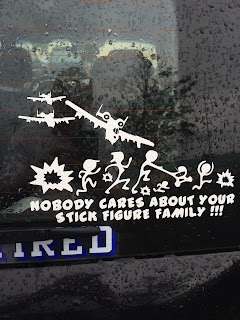 On the window of an SUV in the Goodwill parking lot,
also says U.S. AIR FORCE - RETIRED 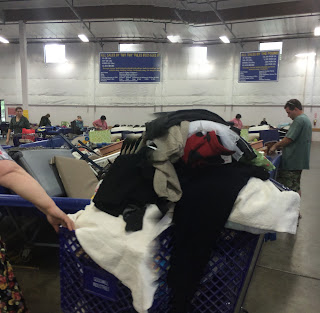 The way it works: Diehard shoppers, especially for clothing,
line up on each side of empty rows in a patient, orderly fashion,
and wait for new full bins to be wheeled out. 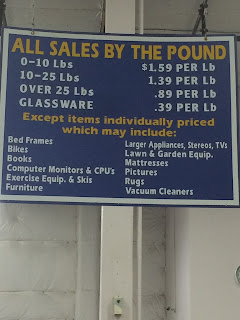 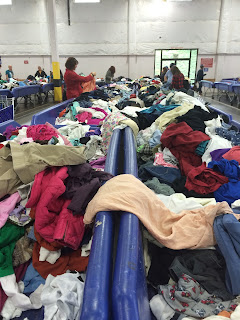 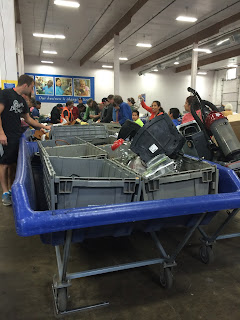 Your trash, his treasures: the stuff in most bins like above
was considered unsalable in the regular Goodwill stores
(where items are displayed on racks or shelves). 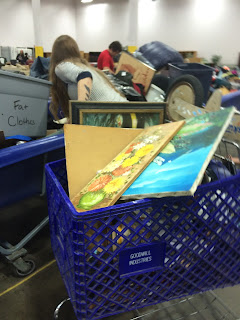 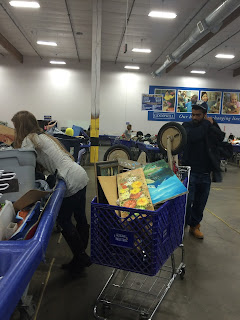 Some mothers shop for there children. This woman
had a variety of items in her overflowing cart,
including a perfectly usable kids bike which only needed
a coat of paint. One man bought a three foot tall Star Wars
figure that was only missing one hand for his delighted daughter.
Oh, and see the man checking out the woman's derrière. 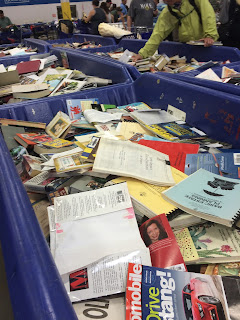 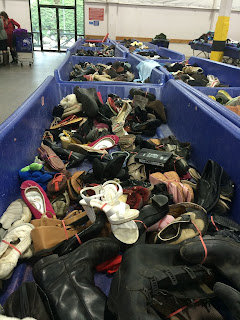 Very few of these shoes had a mate, at least not one
that was easy to locate. In this photo I can see a two red
womens shoes a few feet apart. A find!
Of course it wouldn't be Goodwill bins unless a completely
unrelated item was in a bin - here the video cassette. 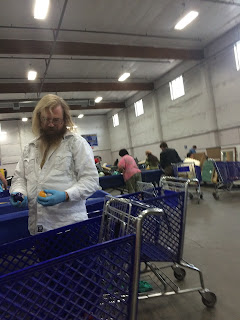 This man is checking out his balls.
Serious shopped wore gloves. 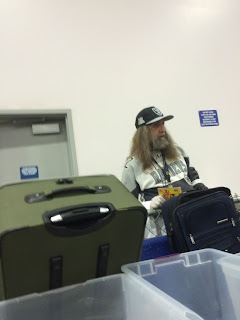 This man may be planning a trip. 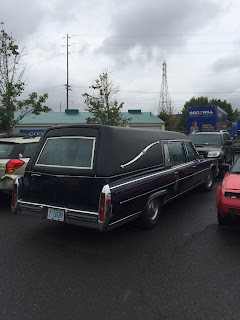 The back of the hearse was packed with Goodwill items.

"Each day 80,000 pounds of used items are either sold or recycled at this location. Spread out over the 14,300 square feet of retail space are enormous blue plastic bins. Customers step up to a bin and begin to sort through clothes or sift through bins of electronics or household items...."

Our favorite beach in Massachusetts was Little Harbor in Wareham. It was on Buzzards Bay. We probably went there a thousand times. We never saw a buzzard. Most likely for the following reason:
"The name was given to this bay by colonists who saw a large bird that they called a buzzard near its shores. The bird was actually an osprey..... "
https://en.wikipedia.org/wiki/Buzzards_Bay
Actually, to be ornithologically correct, the bird here isn't really a buzzard - it's a turkey vulture.
http://www.oregonzoo.org/discover/animals/turkey-vulture
However, Buzzards and Bins makes a better title. 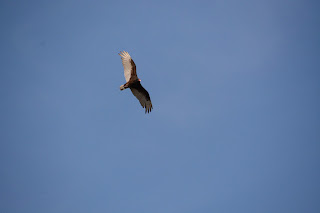 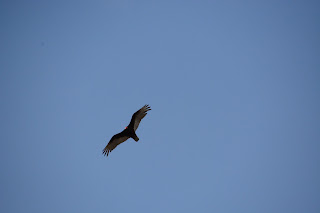 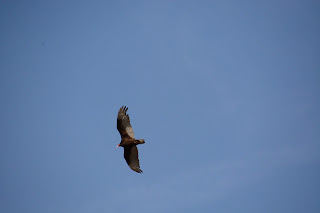 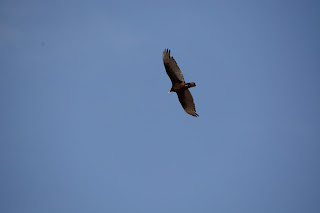 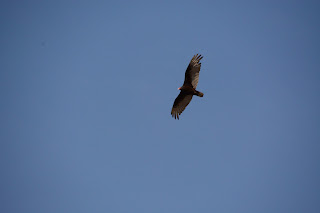 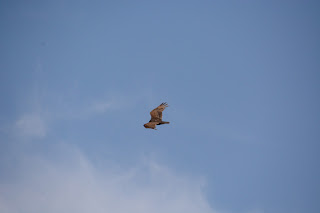 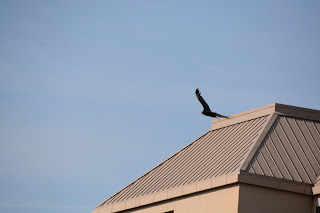 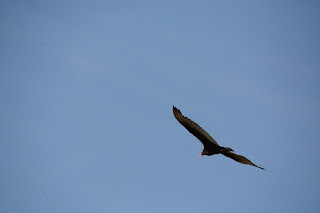 at May 31, 2015 No comments:
Email ThisBlogThis!Share to TwitterShare to FacebookShare to Pinterest
Newer Posts Older Posts Home
Subscribe to: Posts (Atom)