Not just in U.S., Germany has it's far right conspiracy militia trying to overthrow government

Not just in U.S., Germany has it's far right conspiracy militia trying to overthrow government

Or at least until yesterday they did. I can't help but believe they  followed the reporting about January 6th attempted coup and its aftermath in the Untied States and were determined to succeed where they failed. 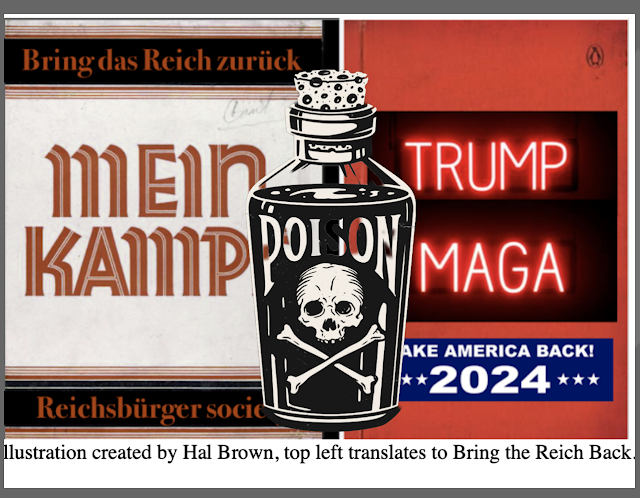 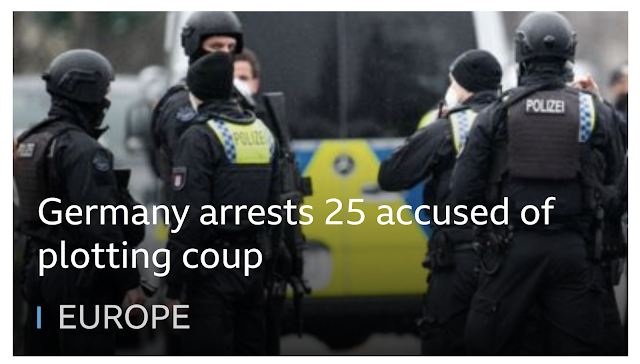 Read article on BBC.com
Archives on Right >
Why I was banned from Daily Kos
This is the story that Germans woke up to today:
The article, translated from Germany Google Translate, begins as follows:

In Germany, the Reich Citizens' Scene is in the sights of the Office for the Protection of the Constitution. Thousands of police officers have now gone out at the same time in eleven federal states for a major raid. According to the federal prosecutor's office, a group planned the state coup - and trained for "Day X" with weapons.
They are said to have planned a coup and also trained in part with weapons: On Wednesday morning, the federal prosecutor's office had 25 people from the so-called Reich citizen scene arrested in the course of a raid. Around 3,000 officials are deployed in eleven federal states, a spokeswoman for the Karlsruhe authority told the German Press Agency. She accuses the accused of having prepared the overthrow of the state. According to information from "Spiegel", the officers searched more than 130 apartments, offices and storage rooms.

Shades of The Oath Keepers, The Proud Boys, people with the disparate beliefs of QAnon and belief in the deep state.. They even had a leader like Trump set to take his place as dictator. They were a group Germans including those with a political ideology that rejected the government formed after World War II, according to this article. They not only included armed trained militia, some who were recruited from the police and army, but also adherents of QAnon, and Covid deniers. They were planning to storm the German Parliament Building. History of the Bundestag
Again there's the similarity to those who want to initiate a coup in the United States. They planned to storm their version of the U.S. Capitol and take over the government by violent means up to and including murder. The group's  own version of Donald Trump was Prince Heinrich XIII.
, 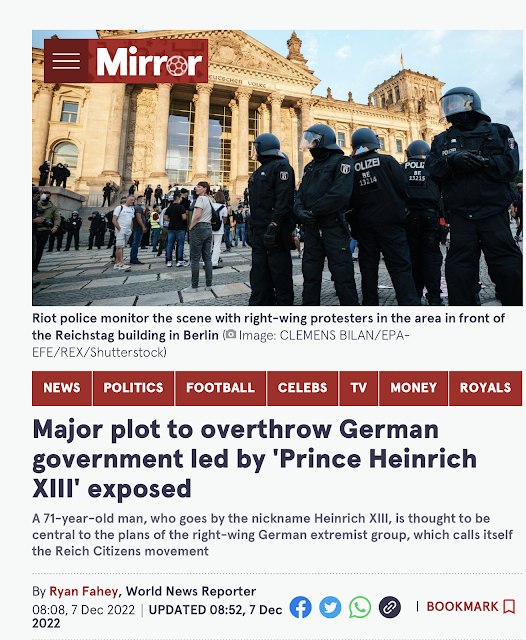 Acceding to this article the group "allegedly believed in a ‘conglomerate of conspiracy theories consisting of narratives from the so-called Reich Citizens as well as QAnon ideology. Prosecutors say the group think Germany is ruled by a so-called ‘deep state’ – echoing the baseless claims made by former President Donald Trump about the US.

This is more from The Mirror:

Germany's internal intelligence agency believes there are arond 16,500 members of the group across the country - many of whom are ready to commit "serious acts of violence".

Deutsche Welle previously reported that the majority of them are over 50 years old and come from disadvantaged communities.

A district court judge in Saxony-Anhalt has described them as "conspiracy theorists" and "malcontents," DW adds.

Several high-profile acts of extreme violence have shocked Germany and earned them the attention of law enforcement agencies.

The group has an affinity for stockpiling ammunition and firearms - which have been discovered during previous raids.

This is the German Trump wannabe: 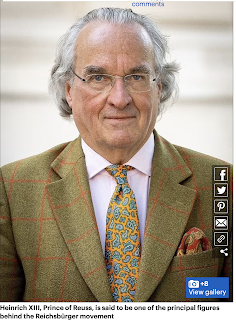 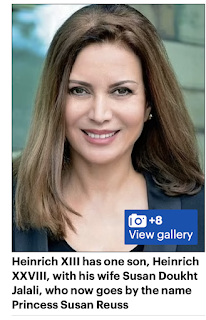 Unlike Trump he's never been arrested and loaded into a police vehicle in handcuffs:

It is all beginning to sound more and more like déjà vu all all over again, only this time an attempted coup against a democracy is happening in the country whose NAZI regime was brought up by so many Democrats and anti-Trump republicans who invoked the spectre of Hitler. They recounted the early days of Hitler in the 1930's and how he positioned himself to take over Germany, and then take on the world in an attempted military conquest that would establish his 1000 year Reich.  This is what Trump and his cult hope to achieve in 2024 by any means necessary.

The arrest of those who are the 25 presumably top leaders of this German moment  which has 16,500 members hopefully will at least temporarily set back their plans and that German police, military, and intelligence agencies will begin the arduous legal and investigative process to dismantle this group.

I assume that they will be working with their law enforcement  counterparts in the United States and other democratic countries wherever there are right-wing groups made up of a witches brew of hate and off the wall conspiracy theories. I don't think it is a far stretch of imagination to believe these groups have relationships with similar foreign groups. I am afraid there are leaders around the world who want to achieve their fascist and autocratic rule just the way Hitler tried to do and came close to succeeding. 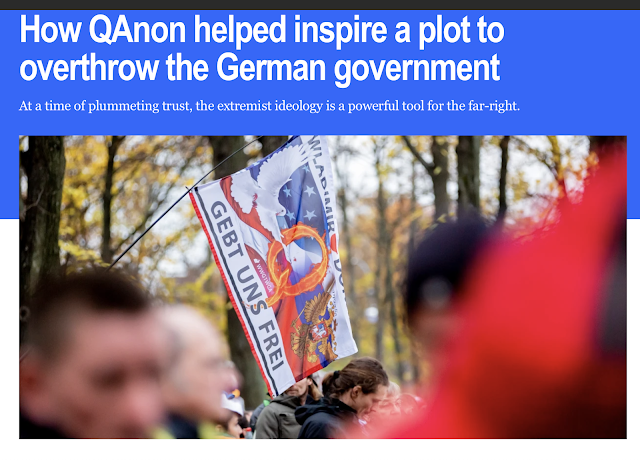