Mired in Muskland - 6 - Whither Trump 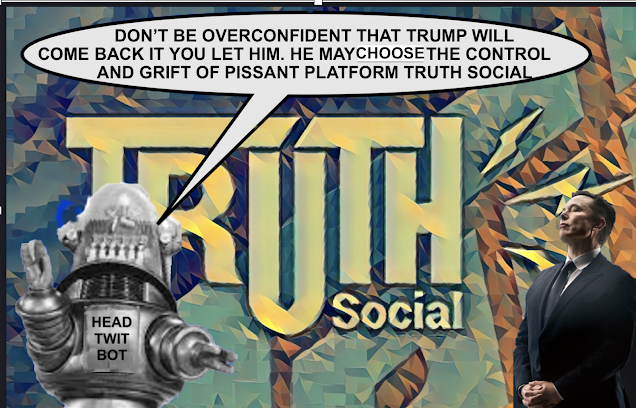 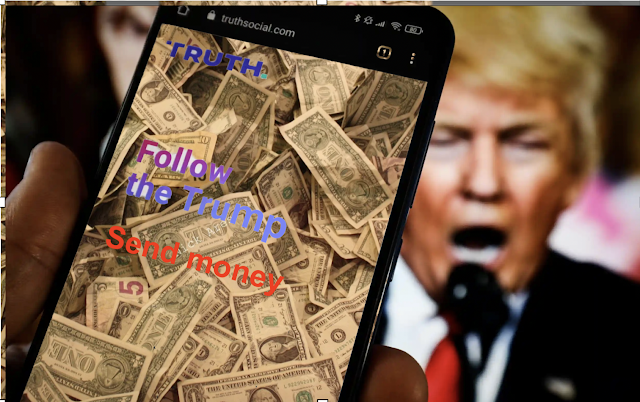 There is a general consensus that once the election in over Elon Musk will allow Donald Trump to tweet on Twitter again. While I expect the prognosticators are correct in this I am not sure Trump will necessarily start tweeting again even if Musk approves this for several reasons.

One is that he is a man who is loathe to appear to beg for anything, let alone accept something whicht he knows will be perceived in his MAGA base as his currying favor with the richest man in the world.

In their collective cultish mind this will be viewed as Musk winning and Trump losing.

Another is that if he goes back to tweeting it would be an admission that his Truth Social website failed to make a dent in the social media world. It would be tantamount to saying he was wrong and we know this is something Trump never does.

Trump wants to control all aspects of his messaging and he can only do that on Truth Social. While it doesn't get many clicks when he posts something outrageous or newsworthy there the media is likely to republish it.

For example this made the news yesterday: 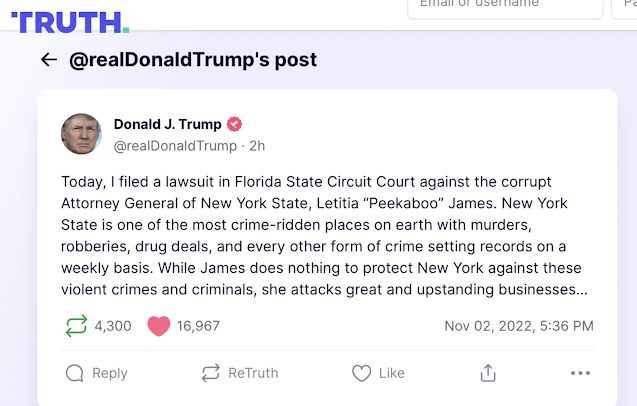 Clicking above will engage but not go to Truth Social

Yet an additional reason he'd eschew tweeting, perhaps a primary one, and stay on Truth Social is that he can generate revenue from the platform in the form of donations.

No doubt he or his tech savvy crew are following who the Truth Social readers are and they know they are hard-core MAGAs and susceptible to his grift. They must have a way of tracking where the donations came from. 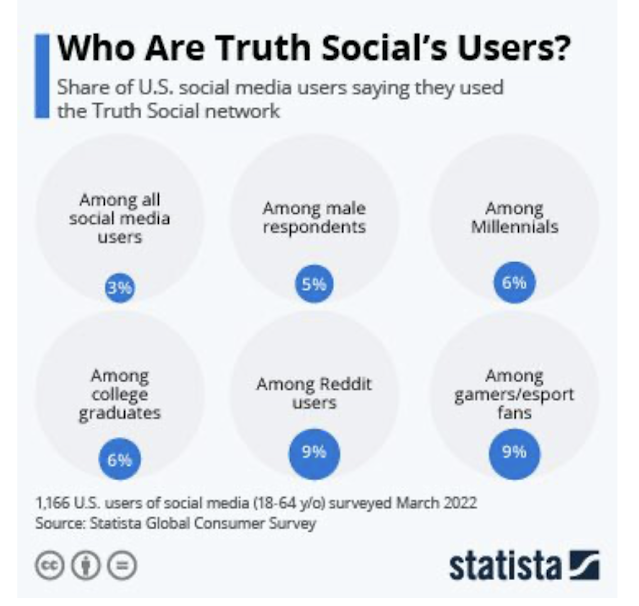 Click here to read the statistica Truth Social Statistics
Meanwhile for those who don't look at Elon's tweets, here's some of what he's been up to: 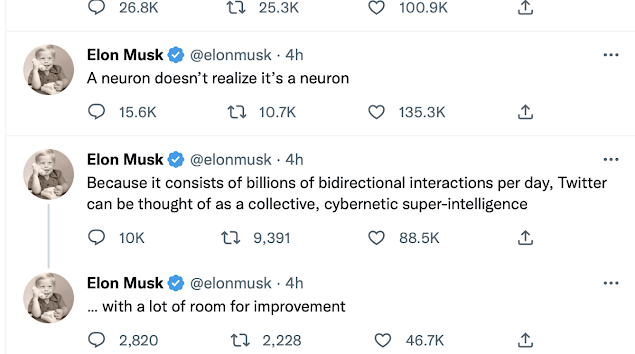 Yes Elon, we know you know about neurons. As far as scientists have been able to determine a single neuron in an instant of time is not self-aware but linked to other neurons in the brain we have a functioning mind. 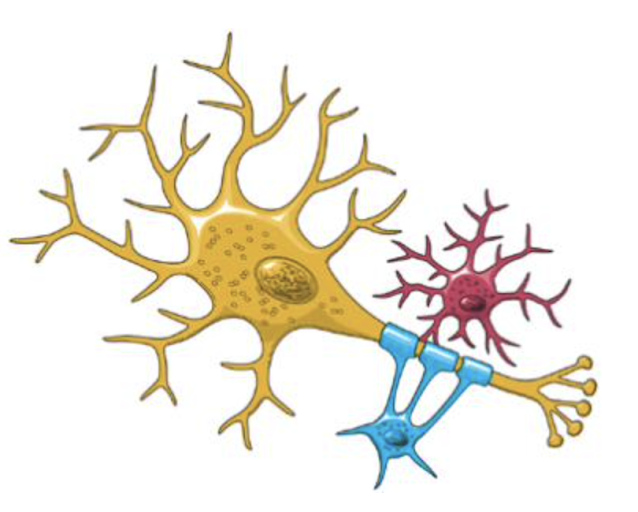 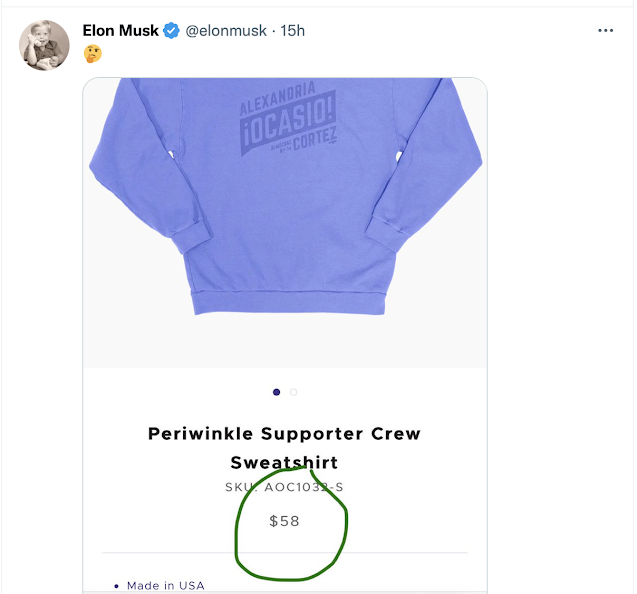 I found the AOC sweatshirt on her website here. He encircled the cost. As far as cotton sweatshirts go $58 may seem excessive, but I assume part of the profit goes to her campaign in some way or another. Consider that The Trump store charges a whopping $185: 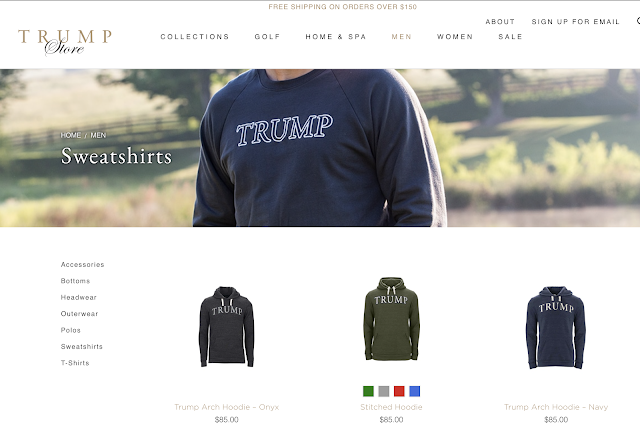 So why did Elon use AOC instead of Trump?
Notice he didn't use this from her mech store which is also $58. 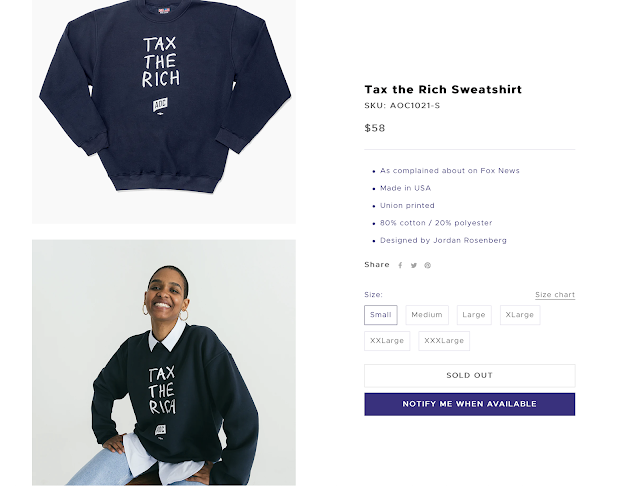 Maybe Musk will set his own example and sell some more reasonably priced Twitter merchandise at a discount for those who subscribe and throw in a free t-shirt if your sign up for a year. 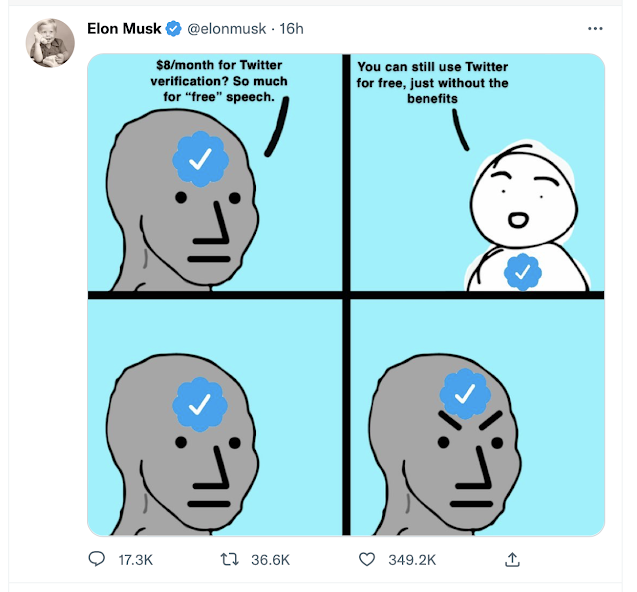 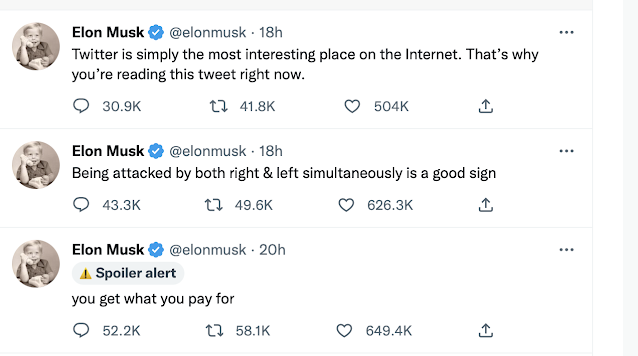 Elon makes a good point. Twitter may be the most interesting place on the Internet. You are reading the tweets because you elected to read my blog but possibly don't ever go to Twitter since I don't put links to it here.
He may be revealing more about himself in the tweet about hw interesting Twitter is. He was managed to make himself in around a week to be the most interesting person on the Internet unceremoniously taking the position from Donald Trump who I found interesting because he is the poster child for malignant sociopathic narcissism.
As a therapist I have been intrigued by Musk whose narcissism may be indicative of his having a narcissistic personality disorder but crucially without the sociopathy we see in Trump. 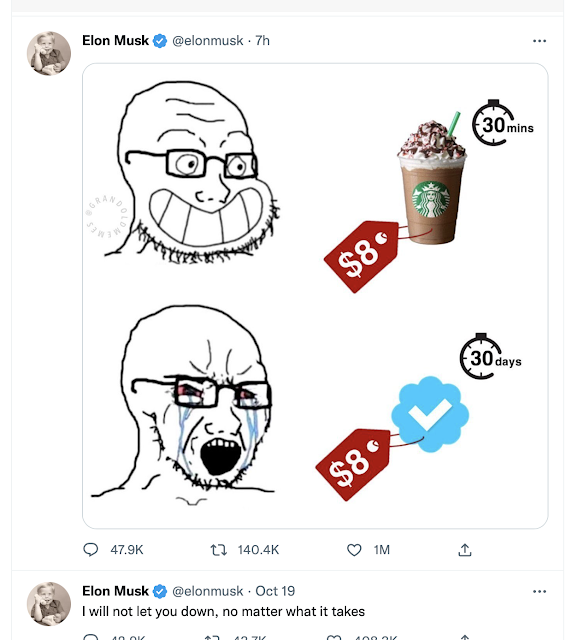 I wondered if he made the cartoon faces himself thinking he might have a talent as a cartoonist. I did a Google Image search and discovered were he found them. 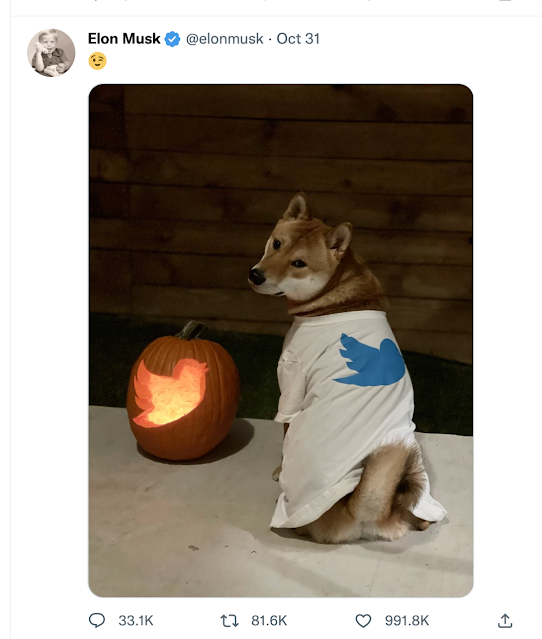