My name is Hal Brown. I am a 77 year old retired Licensed Independent Clinical Social Worker (LICSW, Massachusetts), who was a psychotherapist in private practice in Michigan and Massachusetts and a community mental health center director in Michigan. I was also a cranberry grower along with my late wife Betty and a member of the Ocean Spray cooperative.

I am currently living in Portland, Oregon. I moved here in 2014, four years after Betty died at the age of 65.

I try to update my blog, halbrown.org every day, if not with an original story which I post on Daily Kos, at least with some links to articles I find interesting, sometimes along with a brief commentary.

I used to write a column on Capitol Hill Blue. This is the oldest political website. I post stories on Daily Kos about "Trumpology: The psychological study and analysis of Donald Trump" and on general political subjects which you can read here. There are over 1,400 of these articles, often referred to as diaries on the website.

This is me at my home office about 20 years ago.

I received my Masters in Social Work from Michigan State University in 1971 and was a psychotherapist until my retirement in. My main salaried work experience was with one of the best community mental health programs in the country, the Mason Mental Health Center (LINK inlcudes photos) , Clinton-Eaton-Ingham Community Mental Health Board headquartered in Lansing, Michigan. I always had a private practice along with my salaried job. 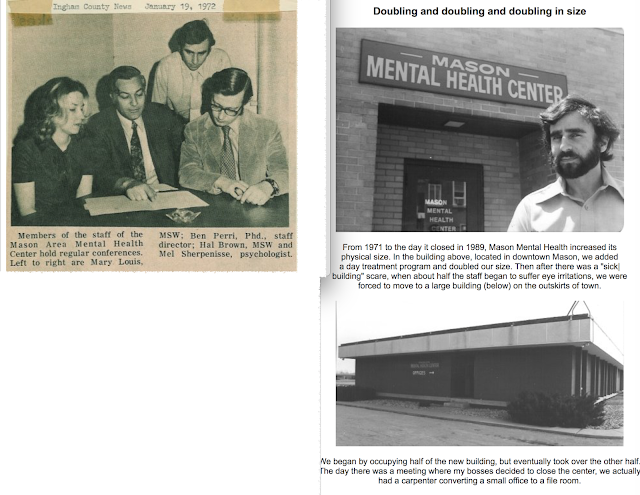 In addition to practicing psychotherapy, I was the supervisor of two rural mental health centers, a clinical supervisor, and a field instructor helping to train clinical social workers from both Michigan State University and the University of Michigan. I've presented workshops at several state and two national conferences on a variety of clinical topics.  I also particpated in research conducted by Dr. Norman Kagan in a training method called Interpersonal Process Recall (IPR) and made several training films with a real client. 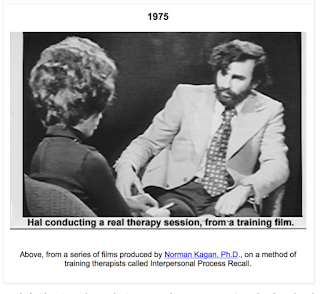 Due to budget cuts the Mason Mental Health Center was closed and I was moved to a sister satellite center in St. Johns, the Clinton County Counseling Center. This entailed driving nearly an hour to get to work, quite a change when my office was five minutes from home.
As the new supervisor I was supposed to remedy some major problems about which heads of all the agencies in the county had been complaining. I discovered the problems were worse than described to me and when I tried to address them by jumping in and initiating major changes without getting permission in advance I got into difficulty with the higher-ups at the main office.

This was after I discovered that the program was held in lower regard by the heads of the other agencies in the county than I had been told.

The steps I took unilaterally without clearing them with my superiors led to a temporary suspension, which I fought with a lawyer and eventually won a pyrrhic victory and was returned to run the program under untenable circumstances. It was so bad I wasn't allow to work in my office even doing clinical supervision with staff with the door closed. If was seeing a client I could have closed the door of course but the entire time I was there the admissions staff refused to refer clients too me.
When the opportunity presented itself I resigned and my wife and I moved to Massachusetts to take over her family cranberry farm. I kept a small private practice with a home office.

Here's how the Lansing paper described what happened at the Clinton County Counseling Center (click to enlarge):

All the heads of the country agencies wrote me glowing recommendations when I left. 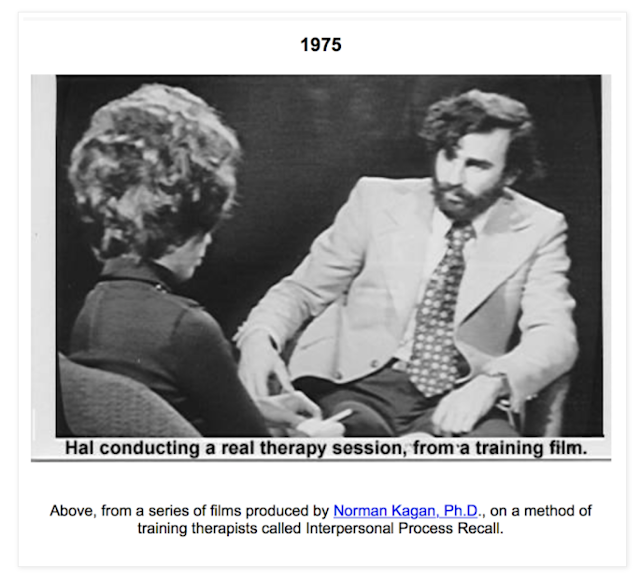 I was in general adult practice where I worked with patients who were businessmen and women, construction and trade workers, housewives, professors, college students, farmers, techies in the electronics and computer industry and executives. 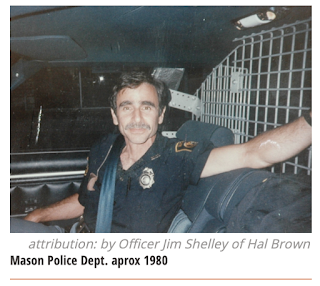 I also have had considerable experience working with with police officers and correction officers in both individual and couple's therapy.

Because I spent 20 years as an auxiliary police officer in two cities I learned about police stress, I published the number one website on the subject, Police Stressline.  I began the website by posting articles I originally wrote for a print Massachusetts police magaize called Police Log. Some of the online articles were picked up and published in print police magazines. Read Daily Kos article about my police experience. 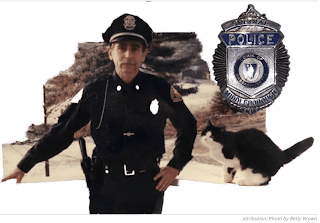 My Massachsetts office was very private. It was at home with its own waiting room and entrance, overlooking the cranberry bogs which, until the summer of 2006 when they were sold, were owned by my wife and her family.

My wife Betty and I were Ocean Spray grower-owners and we published one of the first websites to have a major impact on an entire industry, Cranberry Stressline. Because it brought together growers from across the country when there were problems with the management of Ocean Spray the website was credited with promoting a proxy war which resulted in the election of a new board of directors and the firing of the CEO, Robert Hawthorne.

I always believed therapy should be a partnership between client and therapist, and that the basis for good therapy is trust, and that it was my responsibility for seeing to it that clients weren't spinning their wheels fruitlessly while I sat back and wait for them "to get it on their own," while I had a pretty good idea where they had to go to resolve their problems.

I didn't have any particular "brand" of psychotherapy that I practiced, especially since the type of therapy I provided depended on the client's needs and desires. Generally for symptom reduction alone, therapy that gives a client support and encouragement, and helps them better understand self-defeating behaviors and change them, is the most effective.

My understanding of personality dynamics comes from being trained in psychodynamic and psychoanalytically oriented therapy in the master's program at Michigan State University in the early 1970's. While I did not have post-graduate training in this area (I am not a psychoanalyst), I had considerable experience in providing therapy that was aimed at helping clients gain insight into themselves and how their family of origin influenced who they are.

I also blended what is known as cognitive-behavior therapy into my approach as needed. Basically this helped the client to recognize and change their self-defeating thoughts and behaviors. Whether focused on behavioral change or not my approach to my clients was always informed by my understanding of psychodynamics.

I have discovered over many years that it's the personality of the therapist, their ability to listen, and the connection he or she makes with the client that dictates success or failure in therapy. I tend to be suspicious of any of the "therapy of the month" flavors of treatment often touted in best selling books and by their authors on talk shows.

I was a weekly columnist for the website Capital Hill Blue for several years. I also had an online column called The Eclectic Digest which was publshed in two large daily papers south of Boston, The Brockton Enterprise and The Patriot Ledger. I have a Facebook page, pictured are my two Westies Mac and Duff:

Here are some more recent photos of me. They are small but you can click to enlarge them, although why you might want to do that is beyond me. 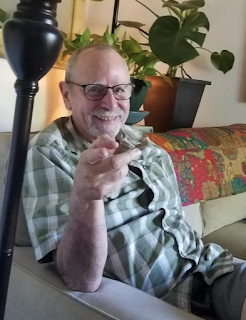 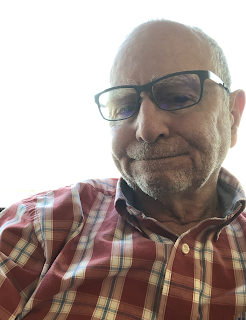 New: My essays from when I wrote a weekly politcal column for Capitol Hill Blue circa 2009. || Archive of Daily Kos articles ||