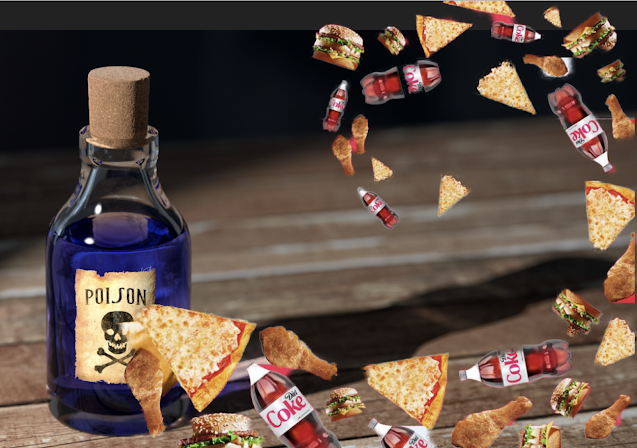 Reading this article in The Bulwark prompted my writing this: 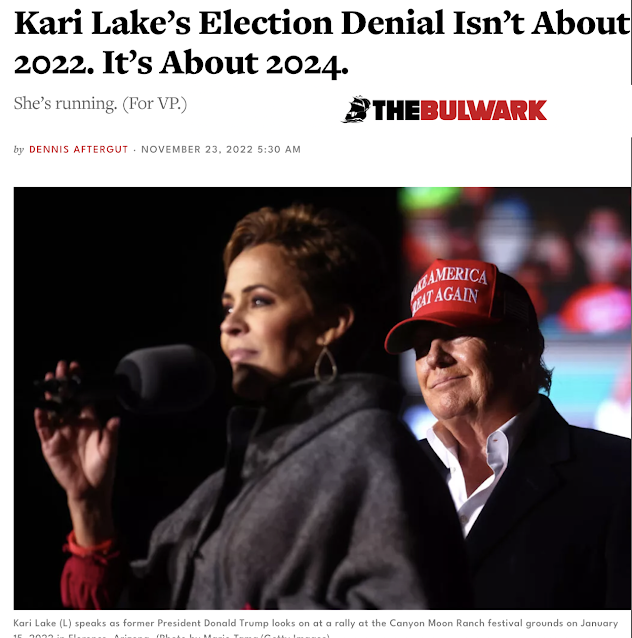 Currently there are two likely GOP candidates for president in 2024, Donald Trump and Ron DeSantis. Anybody but DeSantis seems like a long shot. In reverse order here's how The Washington Post ranked them last week.

It seems to me that between the front runners only one is fairly easy to suck up to. Not that DeSantis doesn't have an overblown ego, but Trump is the most susceptible to flattery. DeSantis would see through it and select his vice presidential choice as someone who would enhance his chances of winning.

If by some cruel cosmic joke Trump won and someone like Kari Lake was his vice president she'd be very different than the pious Mike Pence whose presidential ambitions faded when he proclaimed his devotion to Donald Trump.

Anyone on The Washington Post list could decide to attempt to curry Trump's favor so they'd be his vice presidential choice should he win the nomination.

Only one, Kari Lake, jumped out at me as being sociopathic enough to decide the quickest route to the presidency is the untimely demise of the president if she was next in line to be president. President Lake, has a ring to it...

Even though Trump hates losers, he also might find Kari Lake to have charms he can't resist. Who would want looking with adoration at him. Kari Lake, Nikki Haley, and Kristi Noem might be in close competition with each other. After all Trump think's he's God's gift women. 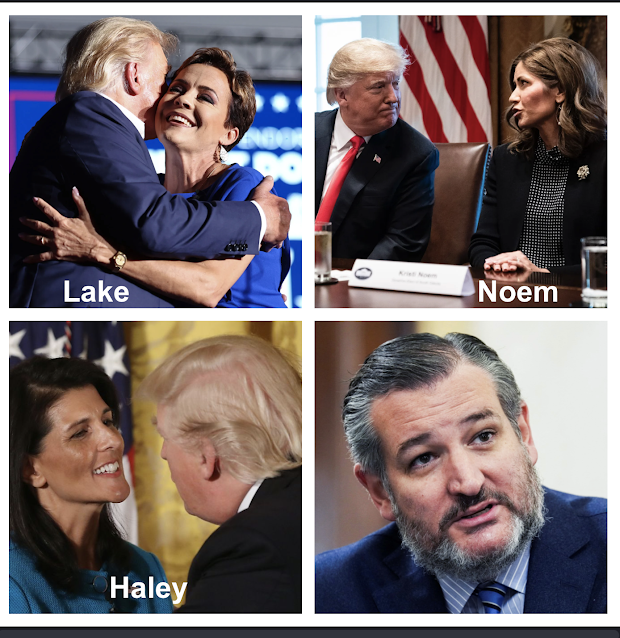 He'd be likely to identify with Lake's doubling and tripling down on denying both the results of her own and more importantly his election.

She'd also be someone who would make a far better opening act at his rallies than posers like his older sons and Mr. Pillow. After all she shares a television background with him and knows how to talk to an audience through a camera. 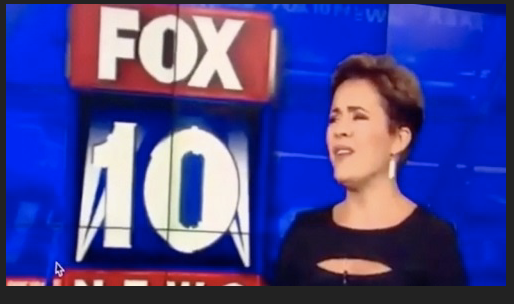 The only drawback for her would be that he might find she upstages him. She'd have to be wary so she learns the lesson of being the opening act for a major star: be good but not that good. She could learn from reading "10 Opening Bands That Upstaged The Headliners.' Most of these bands went on to become headliners but she'd have to bide her time.