Does something worse than Jan. 6 have to happen to wake all of America up

Does something worse than Jan. 6 have to happen to wake all of America up?
By Hal Brown 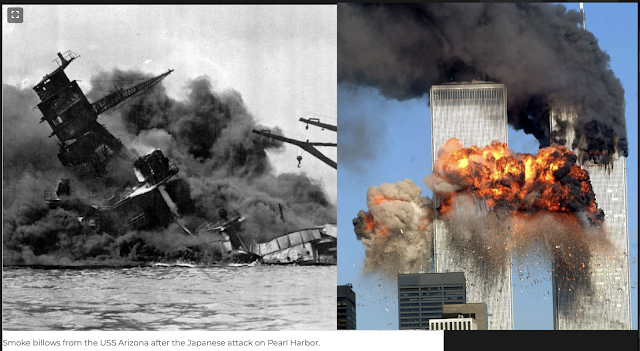 Reading this story in Salon got me to pondering the question in my title. 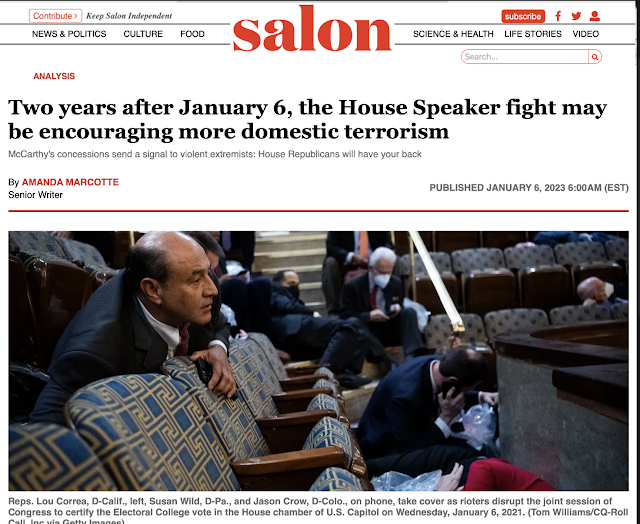 But while some of these demands are alarming because they invite legislative chaos for the next two years, there's one aspect of this very public fight that may be even more dangerous: The way that both the demands of the anti-McCarthy group and his concessions to them could signal to would-be domestic terrorists that they have the support of the Republican party. While the conflict between McCarthy and his Republican opponents seems at a stalemate as of Friday morning, both sides do agree on these security-related issues. Two years after Donald Trump incited an insurrection at the Capitol in a desperate bid to remain in power, the Republican-controlled House is making moves that read strongly as winking encouragement not just to the people who rioted that day, but to anyone who would follow in their footsteps.

"At this point, the Republican party's entire strategy is incitement," Melissa Ryan, an expert in right wing extremism who writes the "Ctrl Alt-Right Delete" newsletter, told Salon. "They're keeping the MAGA base constantly worked up with increasingly violent rhetoric."

Even before the drama of seeing McCarthy repeatedly lose the vote to become Speaker began, the first, dramatic gesture was made by House Republicans: The metal detectors in the halls of Congress were taken down, even though it's not at all clear that, without an elected Speaker, Republicans have the authority to do this.

Then I read this:

“A lot of my Republican colleagues glorify violence and proudly display the firearms they have in their offices, so it just makes me nervous that we could have a workplace violent event. They’re not the most stable people,” Rep. Eric Swalwell (D-CA) told Raw Story after voting for Speaker this week...

“They already have a history of letting insurrectionists in the building and showing them around,” Swalwell—who made public some of the vile death threats his family has endured—said. “So it just seems like a recipe for disaster.”

Metal detectors or not, the nation’s politicians—right, left, and indie—are now bigger targets than ever before.

My photo illustration depicts two violent wake-up calls that jarred the county from the slumber of denying that there were violent forces that were hellbent on destroying our democracy.
These were external rather than internal actors. January 6th insurrectionists and their instigators and co-conspirators were, and continue to be, homegrown terrorists. Only some of the foot soldiers have been brought to justice. Those who set the coup attempt in motion from Donald Trump on down to the upper echelons of the conspiracy so far have escaped the hand of justice for their deeds.
It took Pearl Harbor and 9/11 for America to unite against the forces that threatened us. Not so with January 6th. This was a group incited to attempt to stop the certification of a free election lost by a president they worshipped as a Demi-god who gaslighted them into believing what has come to be called The Big Lie.
The House members trying to dragoon their will on the country by coercing concessions to enable Mitch McConnell to become the new speaker with a few exceptions are MAGA election deniers. 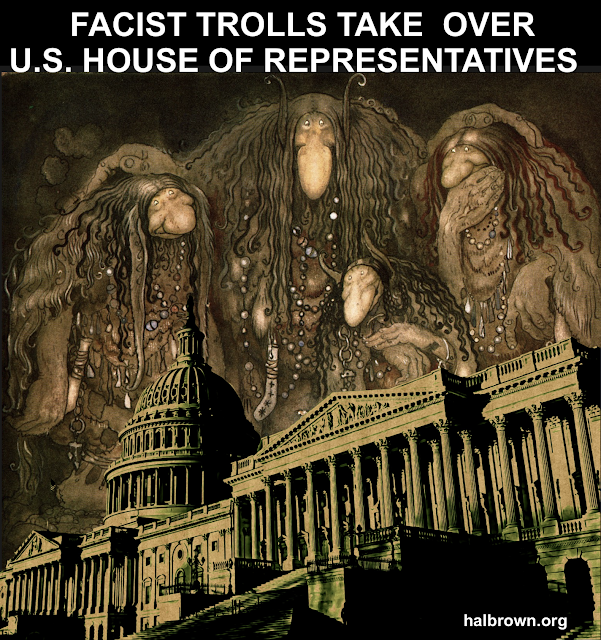 Today we learned that metal detectors which anyone entering the House chamber had to pass through were removed. Nobody can determine who ordered this.
We know that there are GOP members of Congress like Lauren Boebert who are gun-crazy. 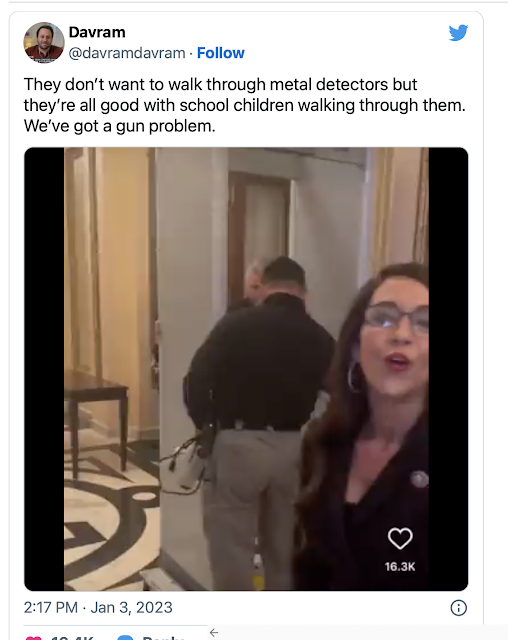 I am not suggesting that she or any other member of Congress would commit an act of violence. As Amanda Marcotte suggests it is the message that these far-right heroes sends to their violence prone followers. Pistol packing Boebert, for example, has over 2 million followers on Twitter alone. 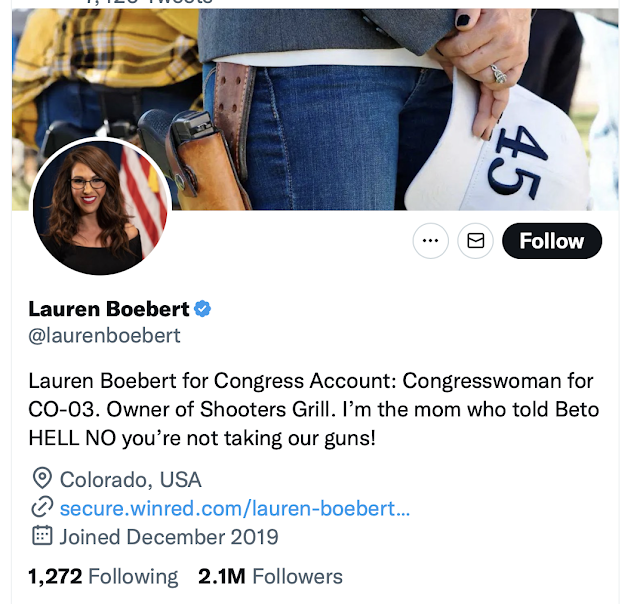 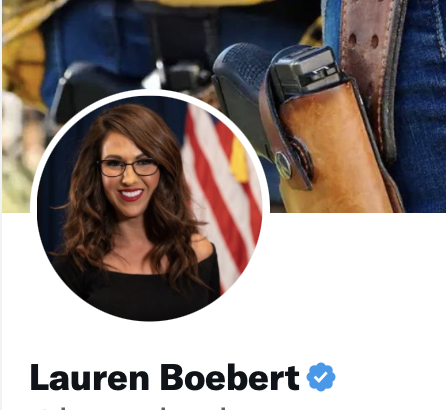 She begs to be singled out so I make no apologies for presenting a possible scenario involving her.
I assume that for someone who isn't a Member or a staffer to get into the United States Capitol building they have to be screened for weapons by the Capitol Police. I don't know whether people who have credentials can bypass the vigorous screening the general public has to go through.
What I worry about is that someone who has ingratiated themselves to the likes of a Boebert to the extent that they are able to finagle a way to have a member of the House or staffer actually accompany them when they enter the building and try to bypass the magnetometers.
It might be worth the risk of getting caught and thinking they could avoid serious consequences by pleading ignorance. If an armed person with violent intentions made it into the House, whether on the floor or in the hallways, it doesn't take any imagination to know how horrific the outcome could be.
Would it take an incident like this for the vast majority of Americas to wake up to how violent rhetoric can provoke actual acts of violence?
I am not stupidly sanguine. I doubt very much that if something like this happened, even if there was a loss of life, that very many of these far-right extremists mouthing words that subtly or not-so-subtly promote violence, most or all of whom purport to be Christian, would have a come to Jesus moment. 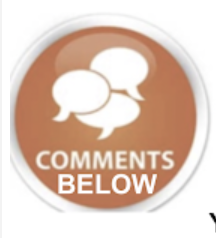 Protecting New York City on New Year's Eve
By Hal Brown
Click here to see my nonpolitical blog from a year ago🎆
Update: Thankfully there was only one violent incident on New Years Eve in Times Square.  Story here.

After reading this article in The New York Daily News .... 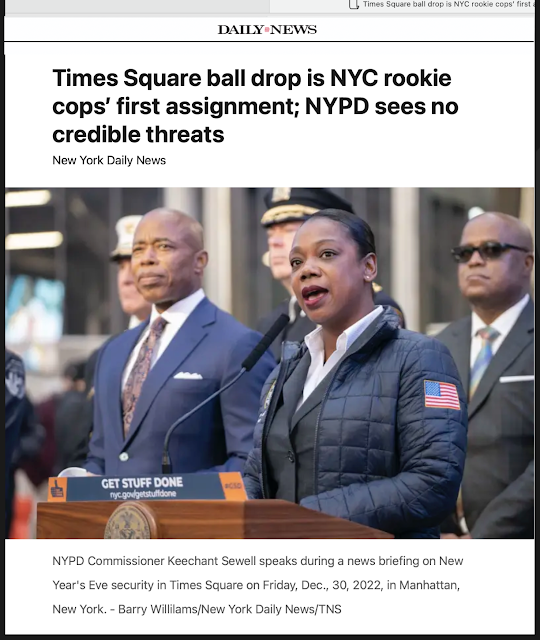 ...it hit me that had the Capitol been protected the same way Times Square is protected on New Year's Eve I doubt the insurrectionists would have been able to invade the building.

I have no doubt that there are many people out there, some who may have been in the mob on January 6 and some who would have liked to have been there who have thoughts about doing something violent to express their outrage that the coup failed.

We know that two MAGA men planned to attack the Knoxville, TN FBI office but were arrested before they could follow through. One of the men  was the fourth rioter to enter the U.S. Capitol on Jan. 6, 2021.

There is no certification of an election to try to thwart on New Year's Eve. There is only an opportunity for would-be MAGA terrorists to make a huge statement to show to the nation on a night of celebration their outrage that, as they believe, the election was stolen and that Biden is president rather than Donald Trump.

There is an enormous law enforcement challenge about how to prevent violence during the country's most watched New Year's Eve celebration.

Not only does law enforcement have to protect Times Square but I have no doubt that they are well-aware that would-be terrorists know that with the concentration of law enforcement in a several block area there are violent extremists who might think of buildings to target that they believe would be more vulnerable and have real or symbolic meaning to these people.

I am confident that for months the task force threat assessment team has been closely monitoring the activity of would-be terrorists. I am also confident that they are doing a better job than those who should have known that there would be a violent insurrection on January 6th.

I also don't take as gospel the assurance, or reassurance, coming from NYPD Commissioner Keechant Sewell because any so-called credible threats, if they exist, might still be under investigation. I believe that this team, as opposed to those assessing the threat of violence preceding January 6th, have a broader and more realistic definition of what constitutes a credible threat.

There may be people who want to try to do something destructive to a building that they think represents the criminal justice system in New York which they may rightfully think is Trump's enemy. Some of them may have hinted at this in ways that could have been picked up by law enforcement and then either given up or tried to "go dark" as they actually worked on a serious plan. We can only hope they didn't elude law enforcement.

Making the New Year's Eve challenge even more difficult, as if it isn't arduous enough, is that routine policing has to go on with the added burden of protecting businesses from opportunistic burglars who may think stores elsewhere in the city won't be as protected as they'd be on a typical night.