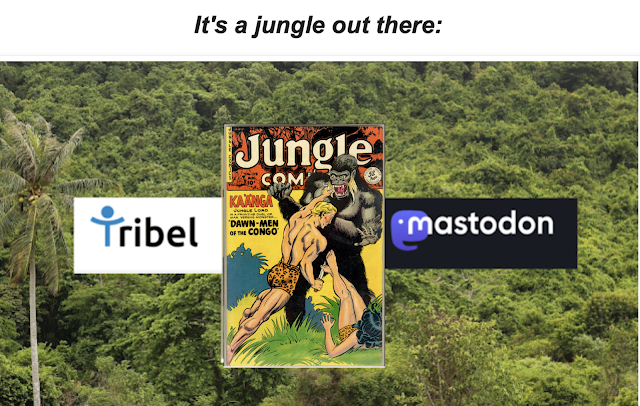 Elon Musk has showed that he's hellbent into turning Twitter into his personal playground of a hellscape. 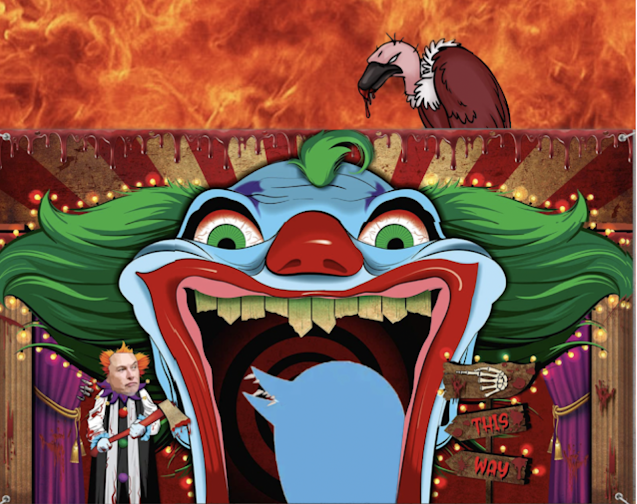 His latest pronouncement that he recommends everyone vote for Republicans in the election. He doesn't care about what it will mean for democracy. His reason is that he believes that if there's a Democratic president there should be a Republican Congress. His explanation shows that even with his 155 IQ, he's no deep thinker. 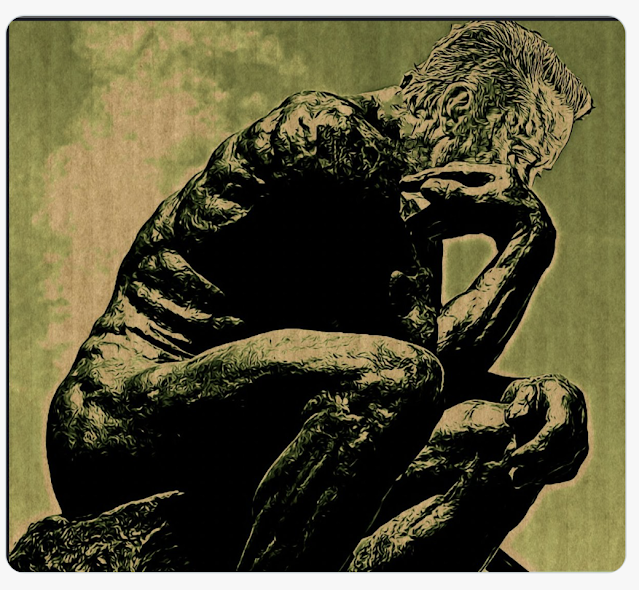 His actions since taking over Twitter have led a growing number of users to seek out our similar social media platforms.

I've been on one Twitter alternative, Tribel, for about two weeks. I find it easy to navigate and post there. Today I am just starting another one called Mastadon.

Both are small compared to Twitter but eventually by posting on one or both it seems to me what a non-famous person posts on either is more likely to be seen than on Twitter.

On Mastodon tweets are called toots. This is their logo, better than a blue colored bird in my opinion. 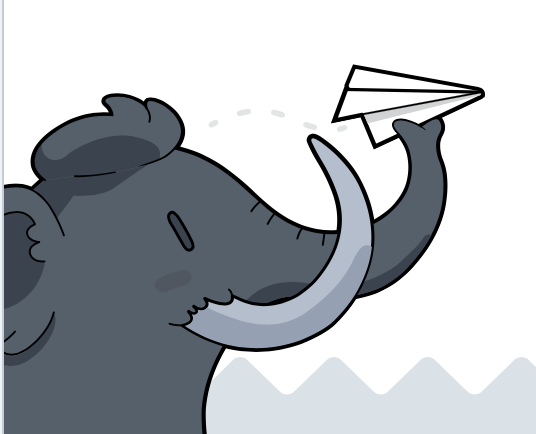 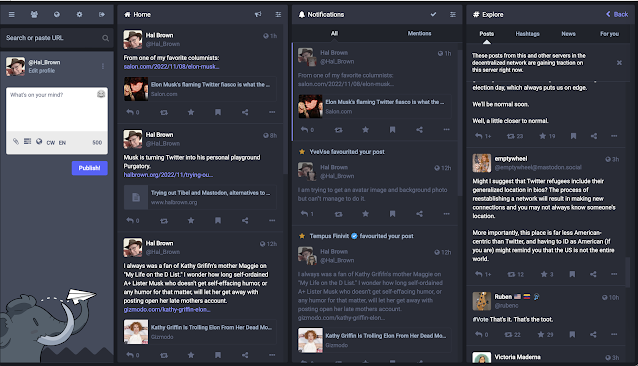 This isn't to say well known people aren't using them. I haven't found any on Tribel but Jennifer Rubin is giving Mastodon a try and somewhere Kathy Griffin is as well. 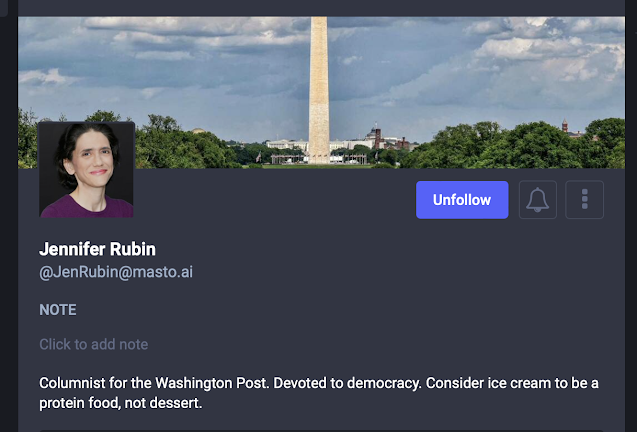 I just have some "favourited" one of my posts a half hour after I put it on. 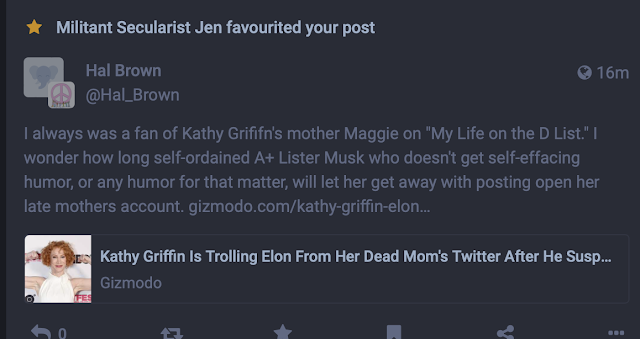 It was this article about Kathy Griffin and her feud with Elon Musk that clued me in about Mastadon: 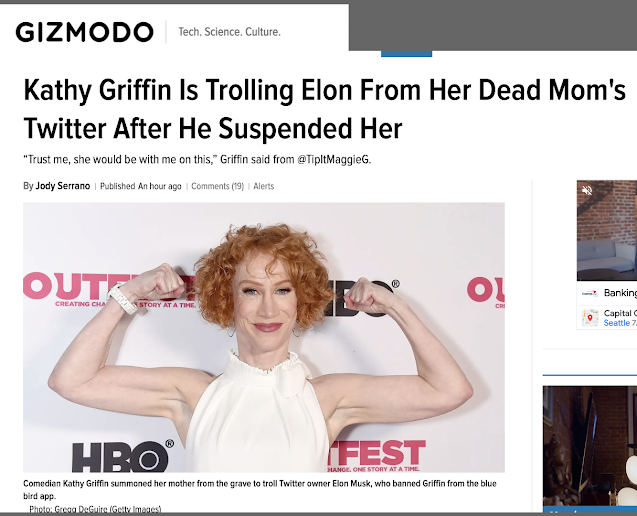 Griffin, meanwhile, continued to troll Musk from her dead mother’s Twitter account. It’s uncertain how long she’ll be able to do that. Yet, even if Musk bans @TipItMaggieG, Griffin is still making fun of him over on Mastodon.

“The bros are coming for me! 😆She’s irrelevant! I thought carrot top was dead! You know, the usual,” Griffin wrote on her Mastodon account on Monday. “HE’S SUCH A DRAMA QUEEN 😂”

Here's a story about what she is doing from Salon. 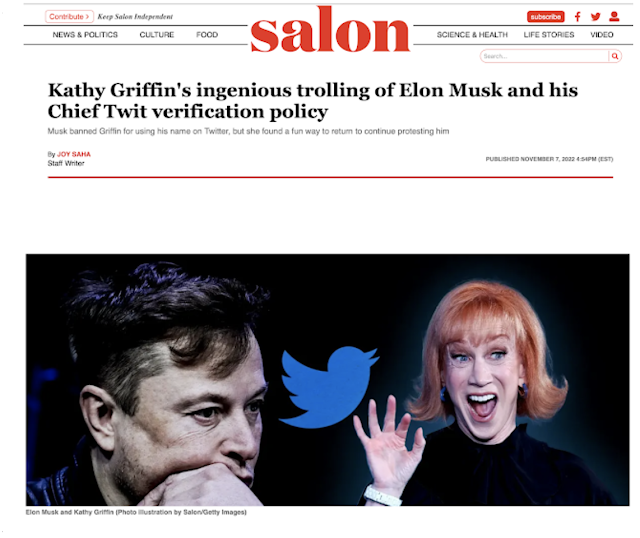 As far as I can tell https://twitter.com/TipItMaggieG is still active. 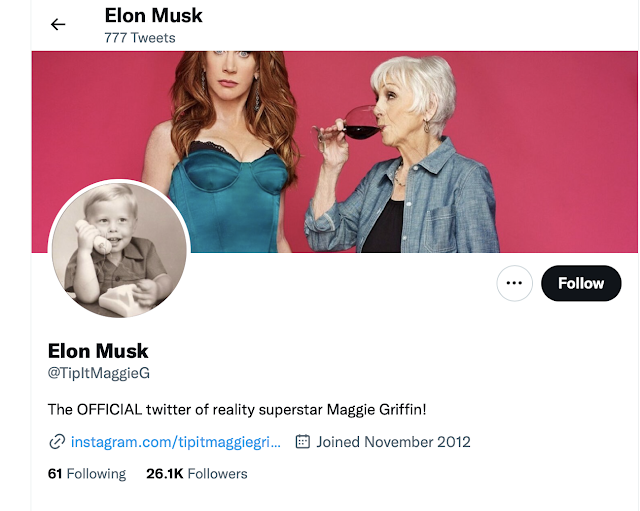 Here are some articles about Mastadon:

Mastodon: What is the social network hailed as a Twitter alternative?

TodayBERLIN (Reuters) -With Twitter in disarray since the world's richest person took control of it last week, Mastodon, a decentralised, open alternative from privacy-obsessed Germany, has seen a...

With Twitter in chaos, Mastodon is on fire | CNN Business

Thousands Have Joined Mastodon Since Twitter Changed Hands. Its Founder ...

1 day ago Mastodon, a decentralized microblogging site named after an extinct type of mammoth, recorded 120,000 new users in the four days following billionaire Elon Musk's acquisition of Twitter, its...

Mastodon Struggles to Keep Up With Flood of Twitter Defectors

26 Oct 2022"GREAT NEWS! Tribel just successfully fought off a wave of trolls that came over from the notoriously racist and homophobic 'LibsofTikTok' page," Tribel support posted on its own platform. "Our algorithms identified their bigotry and suppressed their posts — exactly as intended.

1
Jul 2022Tribel is a collection of digital interactions derived from social networks. It instantly adds social features. It allows users to grow organically. Get user insights by analyzing activity data. Features of TribelTribel is growing quite popular because It is a self-hosted app. Tribel allows users to tag and get notifications.
at November 07, 2022 No comments:
Email ThisBlogThis!Share to TwitterShare to FacebookShare to Pinterest
Labels: Jennifer Rubin, Kathy Griffin, Mastodon, Tribel, Twitter alternatives
Older Posts Home
Subscribe to: Posts (Atom)