By Hal Brown
To my loyal daily readers: Thank you for checking in today. I haven't posted a new blog because I've been diagnosed with pneumonia and am being treat with two antibiotics. I had it in late October and it may not have been treated aggressively enough so this may be a relapse.
Archive on bottom of page Click any image to enlarge
I took this photo from my car when I pulled up behind this motorcyclist in Milwaukie, Oregon. It wasn't until I got home and looked closely at it that I found it more interesting than just merely a man riding a motorcycle shirtless with his white t-shirt wrapped around his arm on a warm day. 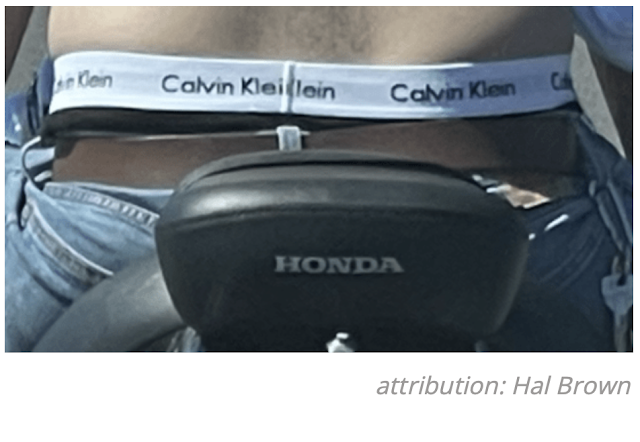 He's not riding a Harley lowrider, but his jeans are riding low. They are Calvin Klein's. Taking a closer look I see something I can't identify:

What is this white band that appears to be plastic which is wrapped tightly around the jeans? It seems to be holding something in the front. It isn't the back of a jockstrap. The many I looked at all have wide elastic bands in the back. So what the hell is it?

Not only are the jeans maroon but his footwear stands out. 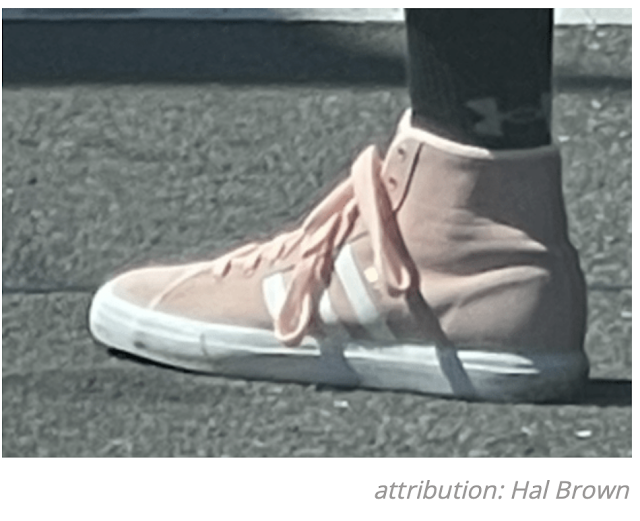 They are old fashioned high-top basketball sneakers but in pink.  They seem to be Adidas Matchcourt sneakers.

By coincidence or not pink sneakers and maroon underpants kind of go together. Maybe he was trying to make a fashion statement.

You can also see on his elbow that it looks like he has a skin condition like psoriasis or a healed wound which could have been from a motorcycle accident. If the latter it means he might have suffered from not wearing a leather jacket, though you rarely see anyone who isn't a Harley biker wearing them around Portland. 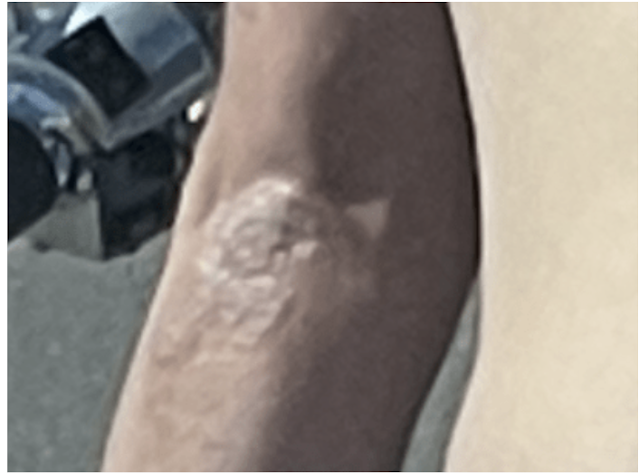 Another unknown is what this is on his back: 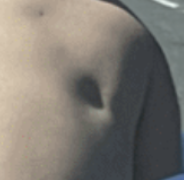 It could be a healed wound. I'm not a doctor but it could be the exit wound caused by being shot by a hollow point bullet.
We have a lot of shootings in Portland. Most of them are gang related. I wonder if there is a pink sneaker gang.
I hazard a guess that the motorcyclist is about as far removed from being a MAGA cultist as anyone would be.
And then there this man: 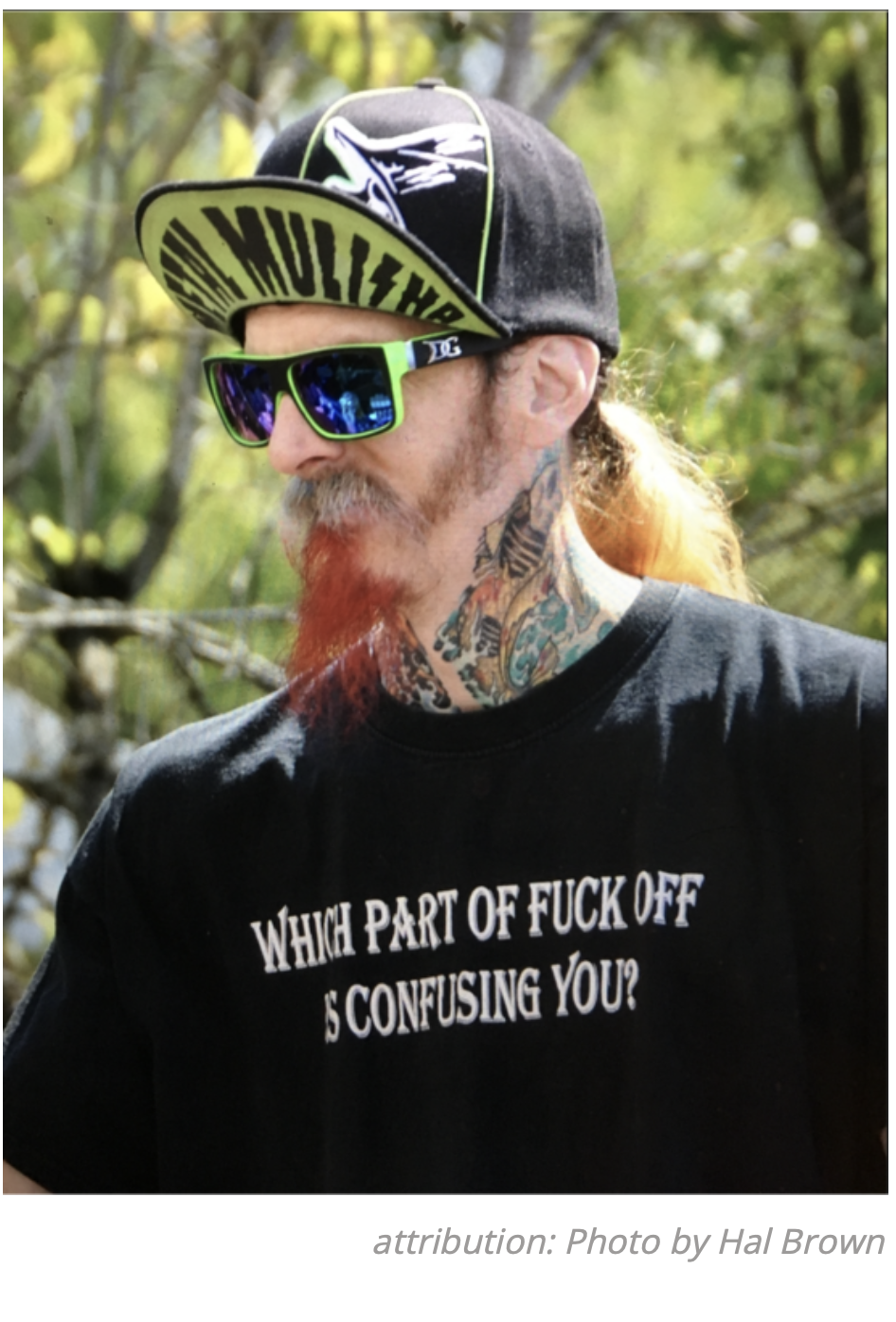 I have no idea what the politics of this Portland area denizen might be. He clearly doesn't want anyone to inquire about it. He was at the very crowded Milwaukie Farmers Market. He was making a very public statement. I wish I had had the courage to interview him. That would have made an interesting story.
Never let it be said that I don't dig deeply into the backstory of what I write about. I tried to find out the model and year of the Honda motorcycle but couldn't based on the photo of the rear.  I did find out what the hat the Fuck Off man is wearing was. 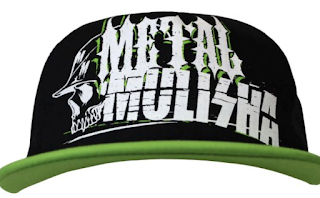 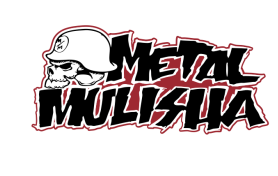 It is a clothing brand which was started in the city of Bridgewater which abuts the city of Middleboro where I lived before moving to Portland. Below from Wikipedia.

Formed in Bridgewater, Massachusetts, Metal Mulisha T-shirts were fashionable among youth in the 2000s. The shirts often feature existential slogans or quotes that tout the virtues of extreme sports.

In 2010, the Murrieta Valley Unified School District banned Metal Mulisha clothing at its schools, due to graphics resembling Nazisymbols and iconography. Some graphics appearing on Metal Mulisha's clothing line include a skull wearing a helmet resembling one worn by German soldiers in World War II, while on the company's logo, the "S" in "Mulisha" is represented graphically by a lightning bolt that resembles the double lightning bolts insignia

of the Nazi major paramilitary organization Schutzstaffel, LAB or SS.

Rabbi Barry Ulrych, of the B'nai Chaim of Murrieta synagogue, regarding the images appearing on Metal Mulisha products, stated "People say it's just a fashion—it's more than that—it's an identity ... These symbols are not as neutral as one might think. Symbols can hurt, and some symbols are intimidating ... With this symbolism, they are glorifying the Nazi past. You can't go through life being ignorant of symbols."

In a letter, the company countered with the statement "Metal Mulisha founders and riders are devout Christians, espousing those values prized in the religious community."

He appears to be wearing not inexpensive Dolce & Gabbana glasses: 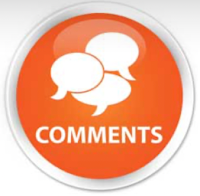