The Bunion reports: Compromise candidate for Speaker is Ginni Thomas 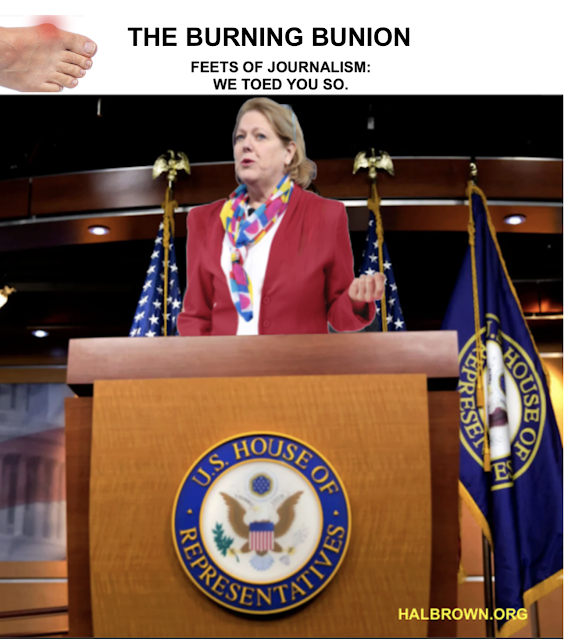 This is a shameless ripoff of oft quoted satirical website The Onion. It turns out that The Bunion, my original  name, was an idea too good to be original. In 2014 there was a Boston University student satire website with the name The Bunion so I named this The Burning Bunion. I can only aspire to be somewhat as clever in my attempts at satire as the good folks at The Onion are.

Breaking news: A backroom deal was finally struck among House Republicans with a compromise candidate to be the Speaker of the House. It is Ginni Thomas. While she is politically the polar opposite of Nancy Pelosi one thing the two have in common is they like to wear colorful scarves. 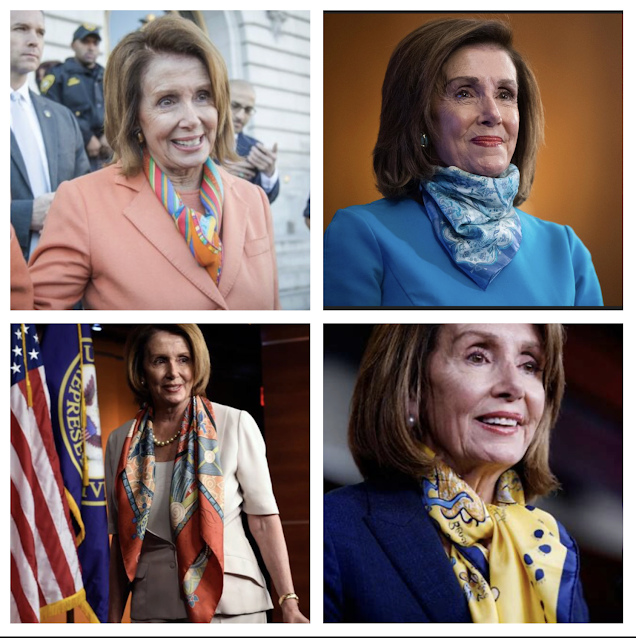 Democrat political fashion guru Lisa Bungalow told The Bunion in an exclusive interview "while I loathe her politics and when I see her on TV it already makes me nauseous, at least she will keep bringing a splash of color to the podium."

Bungalow noted that when she was with her husband Supreme Court Justice Clarence Thomas she often wears red to complement what, like Donald Trump, is a signature red tie. 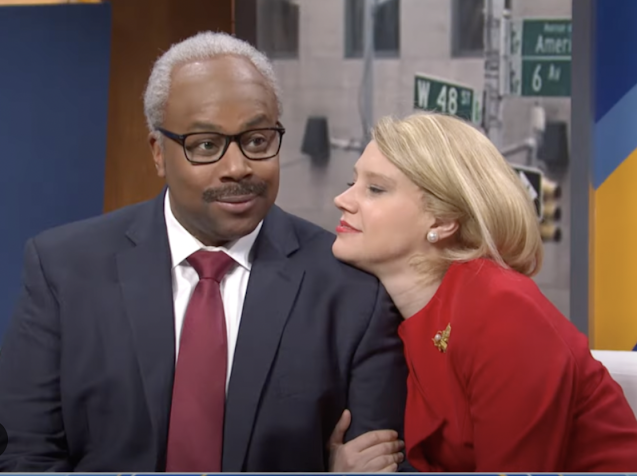 Sparticum Voluminous of The Okey-dokey Online Law Review in an email to The Bunion wrote "this would be like getting a Speaker of the House and a Supreme Court Justice rolling into one as second in line to the presidency." He noted that "everyone knows that Ginni and Clarence Thomas share everything. She advices him and he advises her." 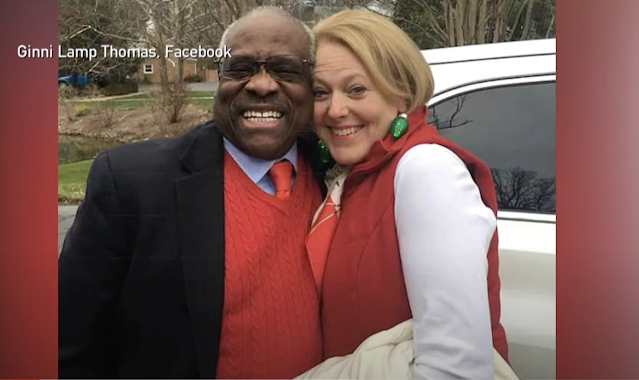 Update: I wrote this above yesterday. Was I prescient or what? This story was on HUFFPOST this morning: 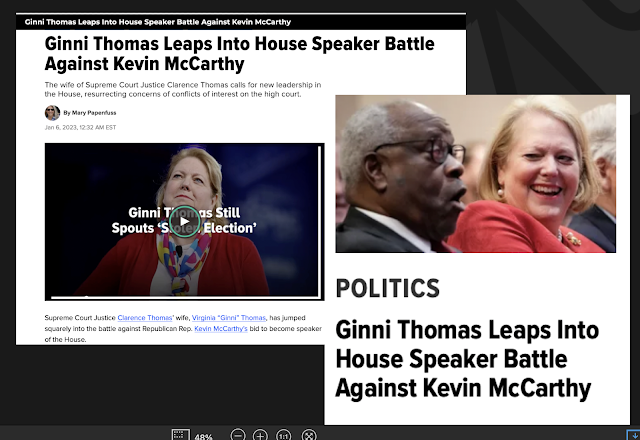 I put a comment on HuffPost. Perhaps some readers will see it and click to read this story. 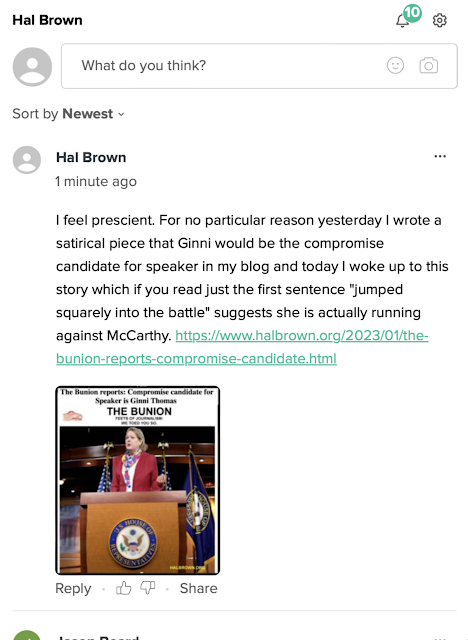 Previous blog about the chaos in the House. 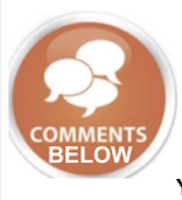