I follow even minor New Zealand news because I have friends who live there and I often send them stories which end up being reported in the American media.

When I looked at The New York Times this morning I saw this on their website: 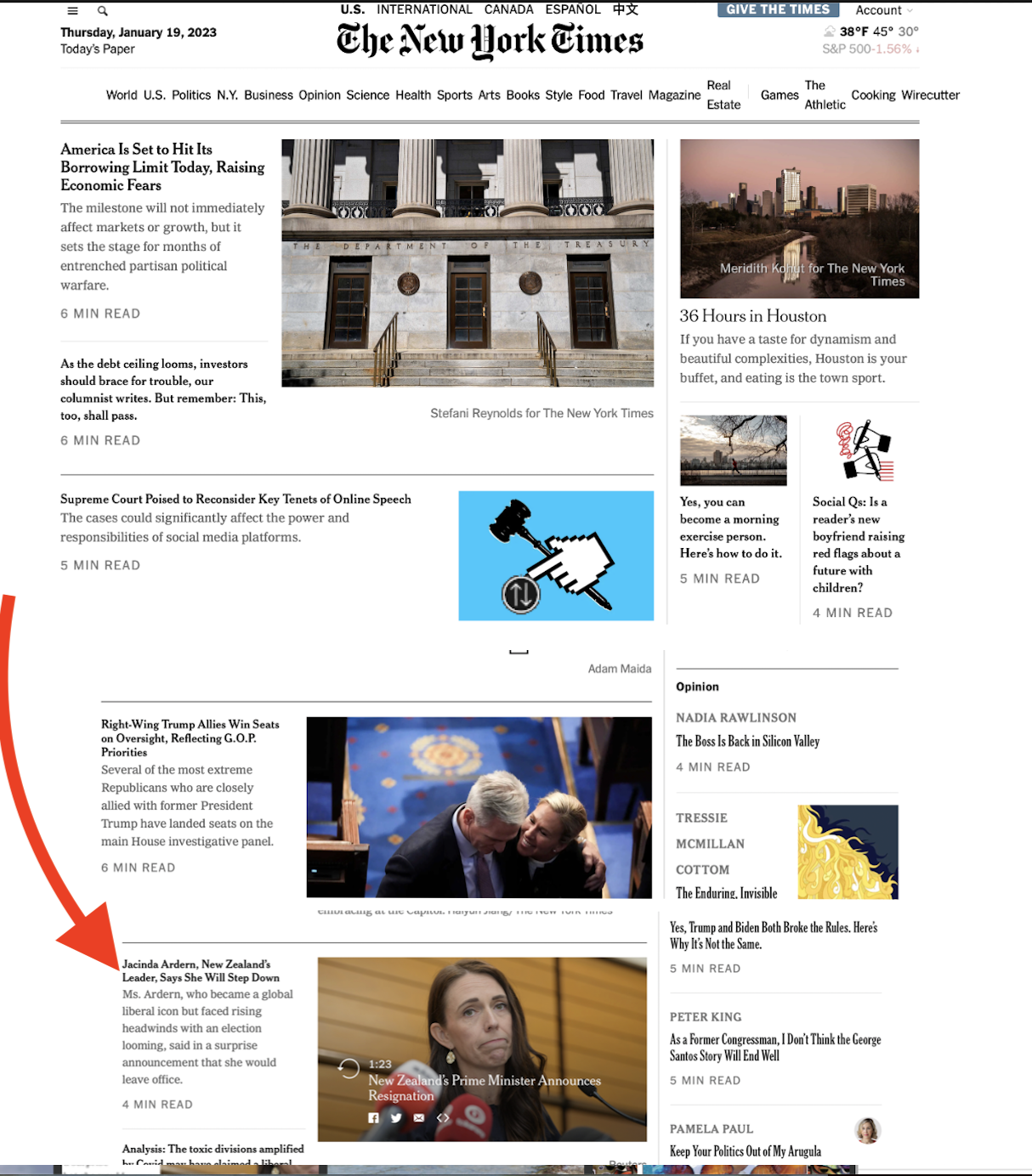 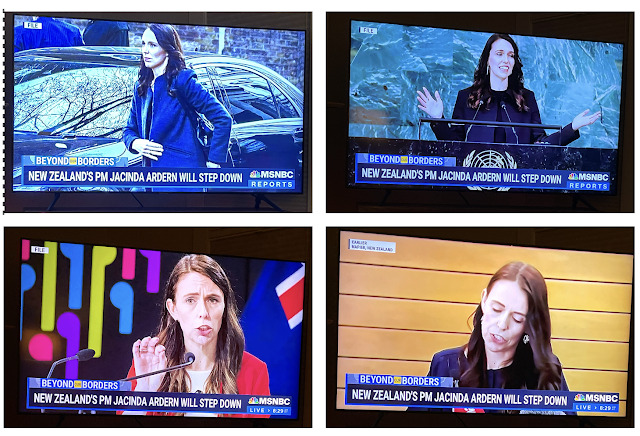 It was the top story on HUFFPOST: Meanwhile on a major New Zealand news website the stories about the resignation appeared under an article about a wild kiwi egg: 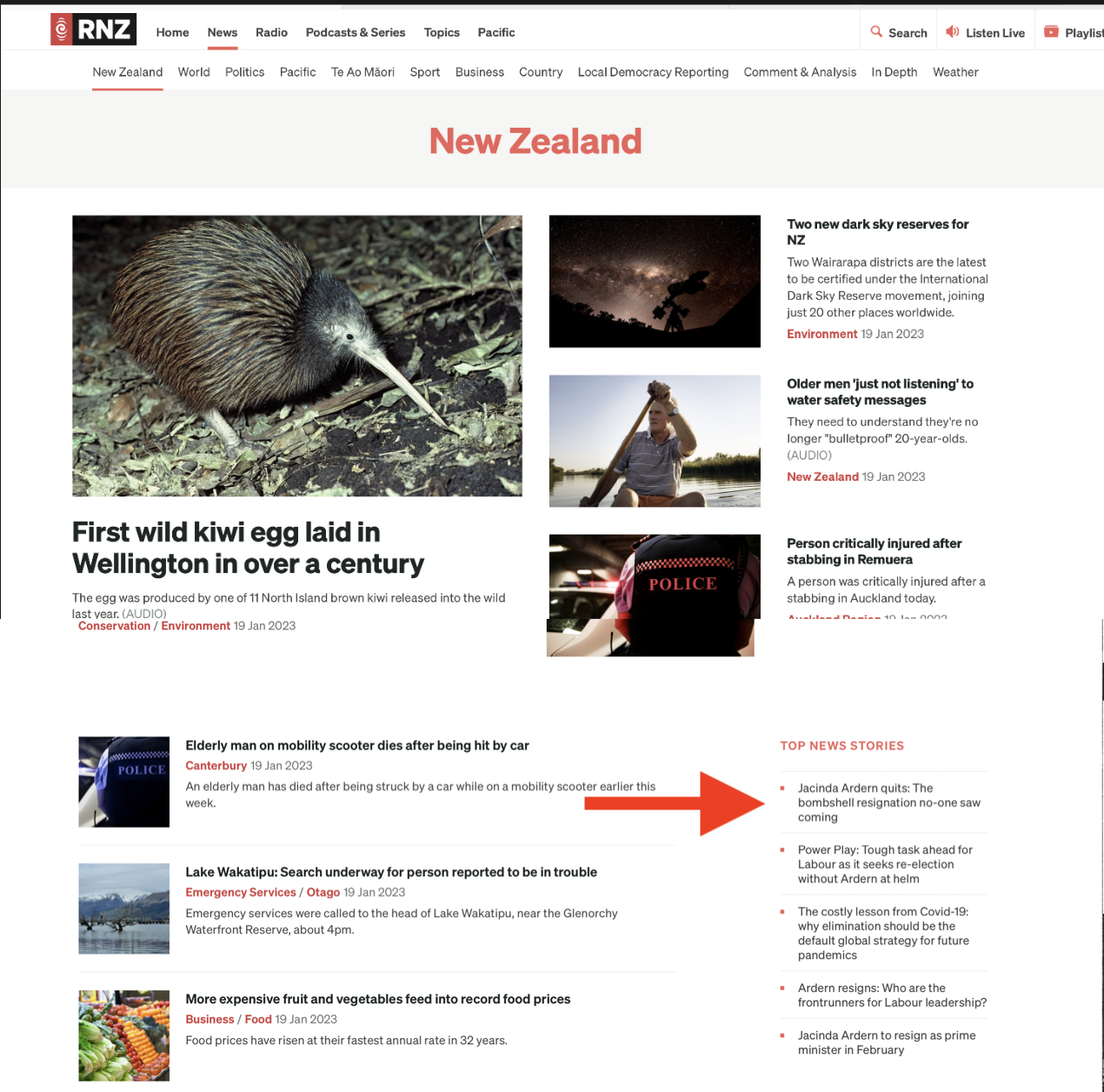 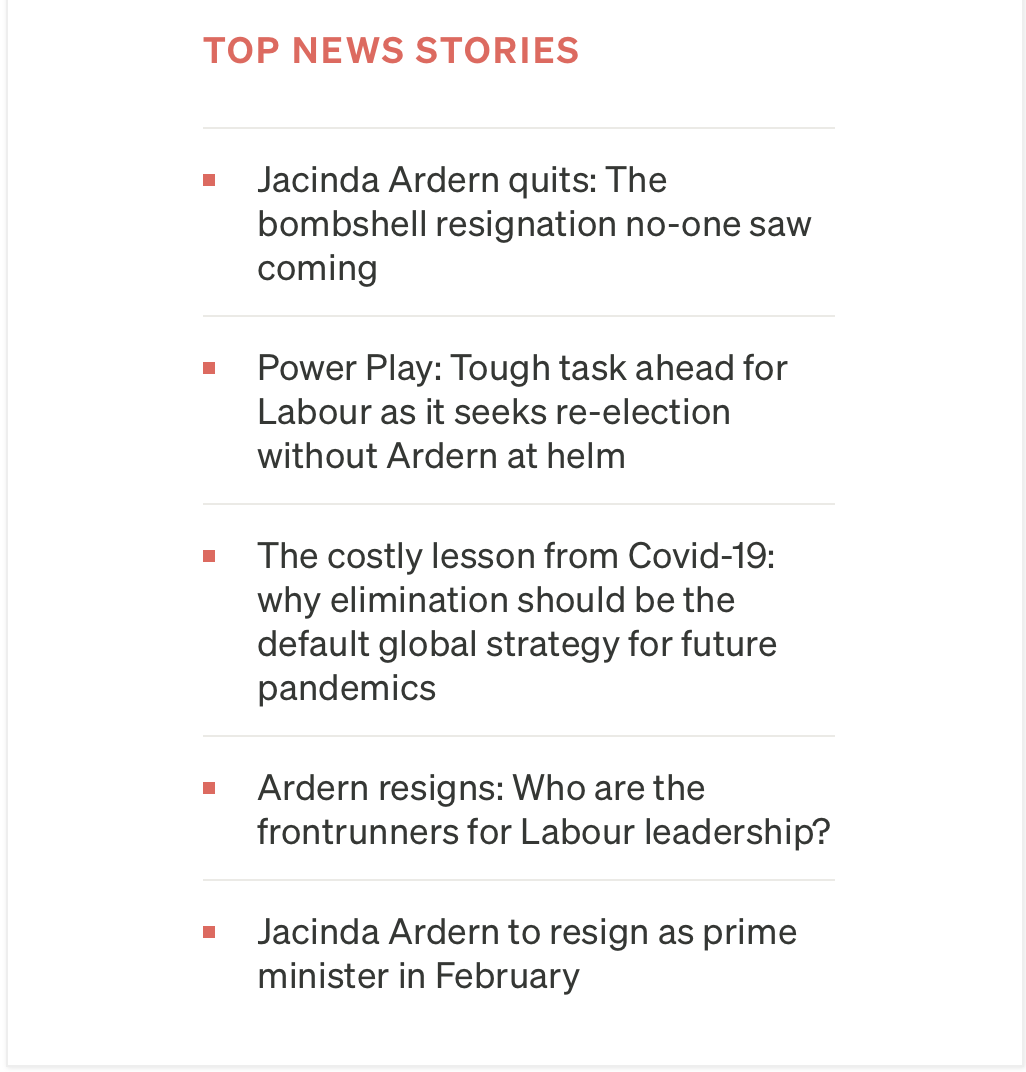 The resignation gave Tucker "Tucking" Carlson an opportunity to demonstrate once again that he resides in a dark odiferous world of toxicity somewhere below pond slime.
I didn't know anything about her until today. From my reading today it became more than evident that  she has empathy. Carlson has antipathy to empathy and democracy and truth. 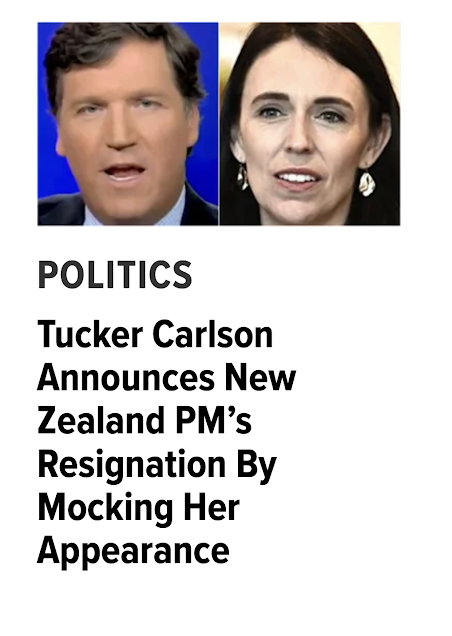 HUFFPOST emphasized Carlson's mocking Ardern as "the lady with the big teeth" in the title, but this isn't his most disgusting comment.
He called her “an appalling abuser of human rights of her own people” who’s the “most authoritarian leader that country has ever had.”
What was the horrendous abuse of human rights?
It was her taking stringent measures to stop the spread of Covid-19. Unmentioned of course is the fact that they were extraordinarily successful:
Then Carlson went a step further, you really have to watch his delivery to get the flavor of how he said these words:
“What are the chances she was a puppet of the Chinese government?We don’t have enough evidence to prove that, but we would rate that as about 100% likely.”
Tucker Carlson towers over also-rans like Alex Jones for the title of the most egregious and influential lying far-right propaganda purveyors.
He would, and should, be seen as a caricature like the DonkeyHotey depiction I used to illustrate this blog story.
He should be the blundering clown stumbling like a two-sheets to the wind drunk onto the the circus arena. \
.
This is what well-known Australian actor Sam Neal tweeted: 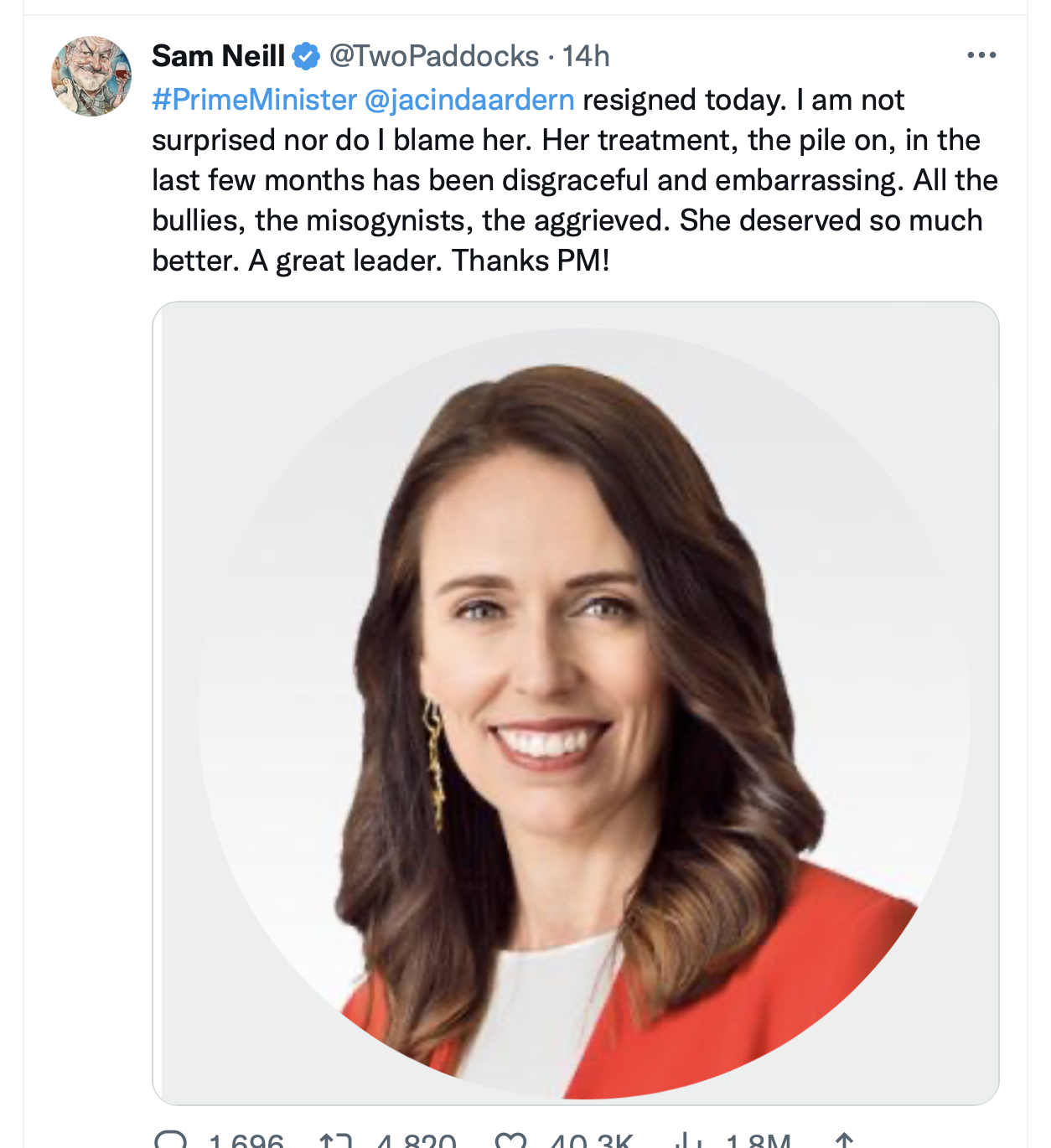