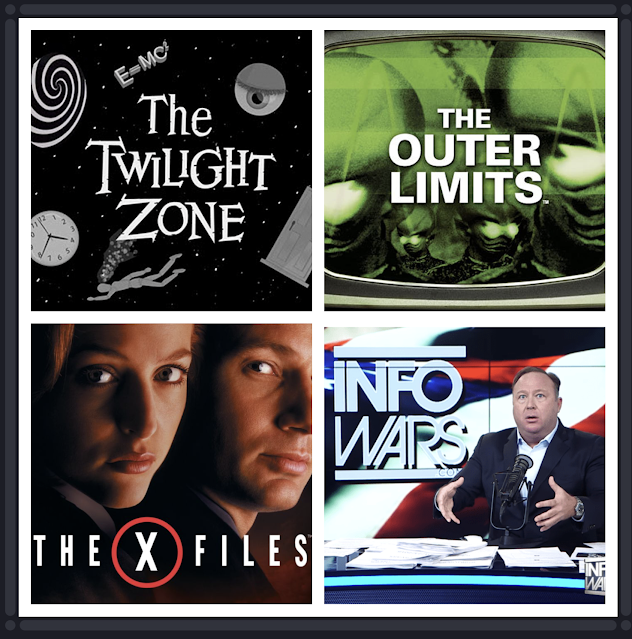 The very popular X Files was different from these two shows because it featured Fox Mulder and the ever skeptical Dana Scully and their adventures, as well as a few other recurring characters like Cigarette Smoking Man. It ran from September 1993 to May 2002, on Fox. The program spanned nine seasons, with 202 episodes. A short tenth season consisting of six episodes ran from January to February 2016.

All three of these shows featured stories that came under the broad themes of science fiction and the supernatural.

An exhaustive list of similar vintage series would have to include shows like Buffy the Vampire Slayer and My Favorite Martian.

Then a fairly obscure man named Alex Jones created InfoWars in 1999.  InfoWars features The Alex Jones Show on their broadcasts and was established as a public-access television program aired in Austin, Texas in 1999.

InfoWars can be exactly called a television program since it isn't nationally broadcast. It was also suspended from all major platforms for violating their terms of service.

Of course it is in the headlines now because it featured Kanye West, now calling himself Ye, praising Hitler.

There's a huge and significant difference between the entertainment sci-fi and fantasy shows and InfoWars besides the fact that they spin yarns and have sets and actors. Everyone who watches them and the numerous horror and fantasy shows on TV now, except for some of those who may be psychotic knows, they are make-believe.

InforWars don't have actors unless you consider Jones and guests like Ye to be performers,  but it purports be a news show.

The tragedy of America is that there is a huge swath of the population that believes the show is real. They believe it reports the facts. All you have to do is look at a Trump rally and see all the QAnon signs. 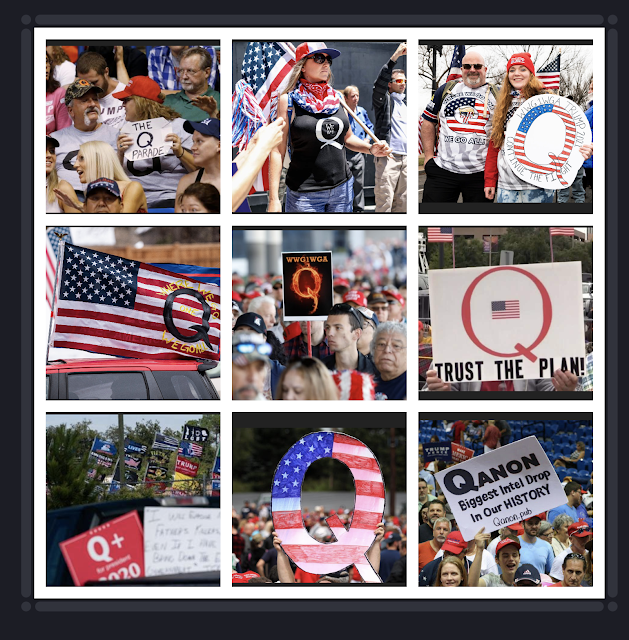 This should lead a rational person to pause to ponder just what kind of Kool-Aid so many people are drinking. 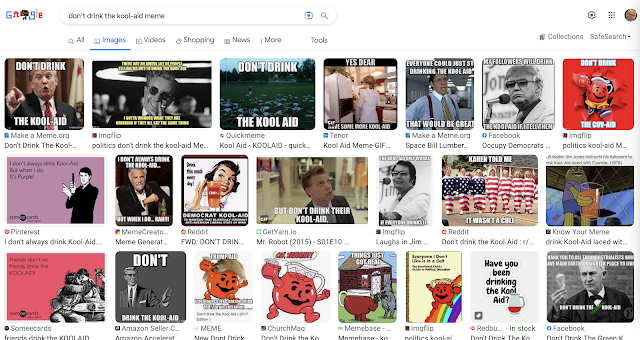 Click for image search of the meme.
Addendum:
Here's a story you won't read anywhere else. It's about how a man wearing an InfoWars t-shirt helped me find organic potatoes in our local supermarket. Unfortunately I was afraid to ask him to pose for a photo so this was the best I could do: 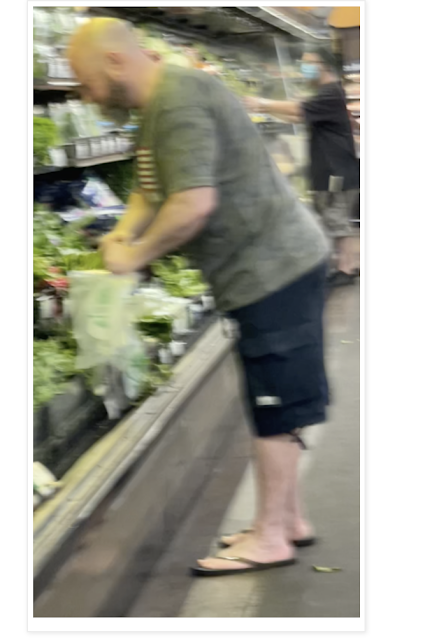