What would our country be like without Fox News?

What would our country be like without Fox News?
By Hal Brown
Archives on Right >
Why I was banned from Daily Kos
Posting now on Mastodon (see right column there) 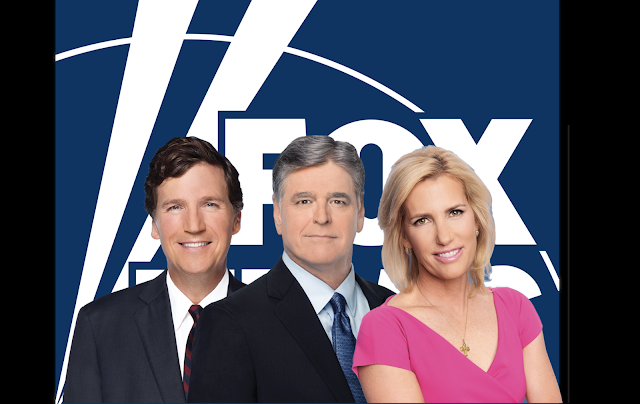 I read this story in The Guardian: 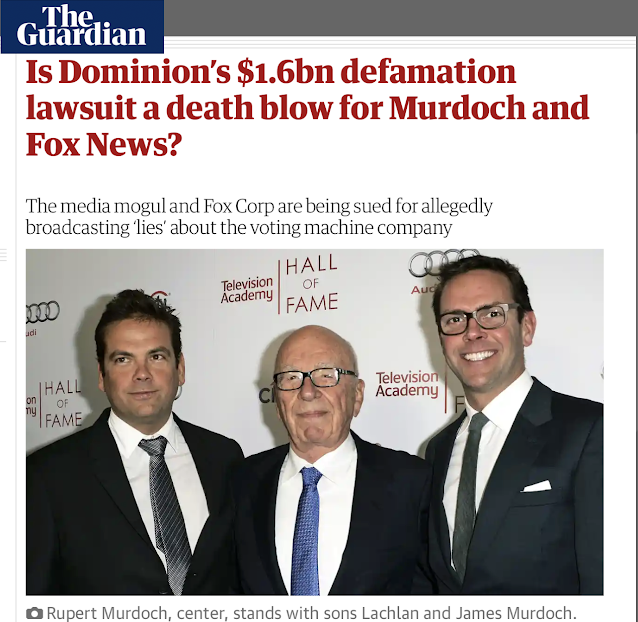 When I looked at RawStory it was the top article: 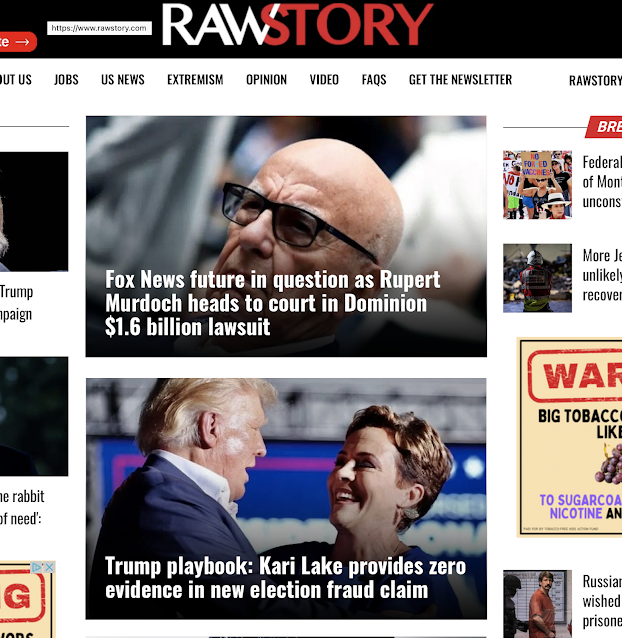 Several hours later it was the number one trending story: 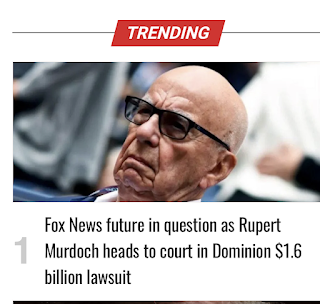 This got me into a flight of fancy about what it would be like if Fox News was forced off the air.

Since I never watch the channel I don't know where their various hosts stand on Donald Trump's candidacy for president but I do know there are signs the network may no longer be a reliable mouthpiece for him. For example this story: 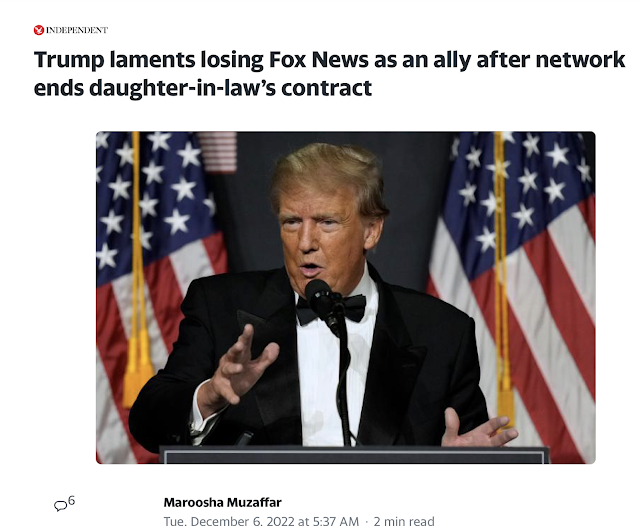 Regardless of whether or not they lavish praise on a particular candidate as long as they are on the air they will promote right-wing, often far-right candidates, and the far-right agenda and with the likes of Tucker Carlson give air to conspiracy theories.

While other networks aren't likely to broadcast the various House committee hearings like the attempt to hang Hunter Biden, I expect Fox News will do so as long as the ratings are good.

I don't know any, but I know people who know people including family members who get all of their news and commentary from Fox News. They tell me they never discuss politics with them. If it went off the air what would they and others do?

First, there would be a cable TV vacuum since there is no current alternative. They might turn to CNN which is now under the new leadership of its president Chris Licht who is promising changes might try to pick up former Fox News viewers by adding more right, but not far-right, commentary.

The only way MSNBC could pick up any of these viewers would be to create a show with, oh, this is a hard one, a convincing Elvis impersonator interviewing other far-right dead (John Wayne) or alive heroes (91 year old Clint Eastwood perhaps) and using subtle but not too subtle humor getting viewers to question their beliefs. I don't know this for a fact, but I suspect some people thought Jon Stewart was really a Republican and they didn't "get" what he was trying to do with satire.

The only other way for those who relying on a daily far-right fix is to switch from television to their computer so they can look at sites like Breitbart.

My sense is that not too many people will do this.

I think some people who aren't really political junkies, so to speak, and just turned on their television to be entertained will fill the void by watching more free or subscription series and movies. There might even be an uptick in subscribers to Netflix, Amazon Prime, and other streaming services.

The crucial question is what will happen down the road towards the elections to decide whether the country becomes a fascistic white-makes-right dystopia?

The answer to this question really seems to me to rest in human nature and how open people are to being influenced to reassess and change their deeply-held beliefs, their fears of being disenfranchised (the great replacement theory), and in an unfortunately large number of people, prejudices they have had most of their lives.

I have a few, albeit not well thought out, ideas about how to influence these people. We can't kidnap then and reprogram them as if they were in a cult (this was done in the 1970's) and we can't round them up and send them to China-type reeducation camps.  The literature on cults does inform us about their personalities. See, for example:

One thing that can be done is to find out through surveys how they are spending the time they previously devoted to watching Fox News. If they are online there's no way to reach them. If they are watching streaming video they can't be gotten to that way. If they are watching free television they can be reached. This is where they can be influenced both through advertising and programming which is aimed at leading them to engage in self-reflection and introspection.

We do have one thing going for us, or put another way, one person: Donald Trump. Because he is the leader of a cult, who even Mary Trump on MSNBC this morning called charismatic with a grimace when she said the word, has a luster which is fast fading. His DumptyHumpty fall which was now famously depicted on the cover of the Murdoch owned New York Post, should it occur so all the kings horses and all the kings men can't put him together again, may open a window where believers are vulnerable. These windows don't stay open forever. Even a dead despot can come back from his grave and be the figurehead for a movement.

Changing a significant number of people wouldn't be easy. People with fears and prejudices they've had reinforced repeatedly by their peer group and the media are exceedingly difficult to change.