When it came to surviving Covid, Trump was really Teflon Don

When it came to surviving Covid, Trump was really Teflon Don
By Hal Brown Click images below to enlarge.
The original photoshop was tweeted by Trump himself: 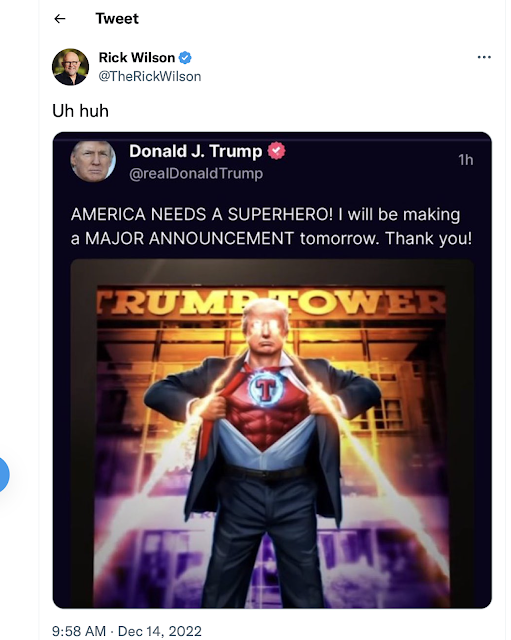 Below: The original Teflon don 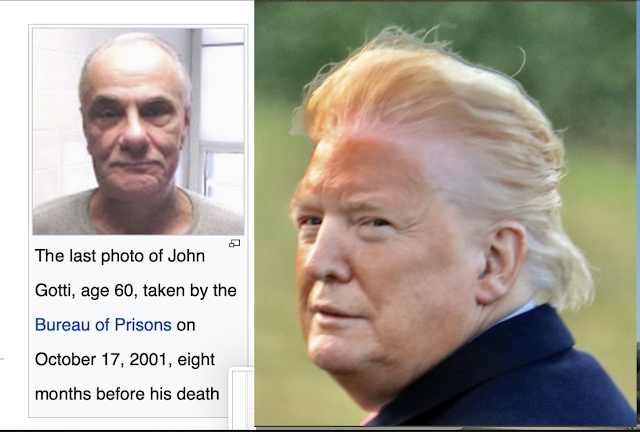 About the photo of Trump:

I wanted to find a photo of Trump looking as bad as possible and an image search of "Trump looking bad" turned up this one taken by an official White House photographer. Here's an article about it.

This word leaped off the screen when I read this article in Medscape. 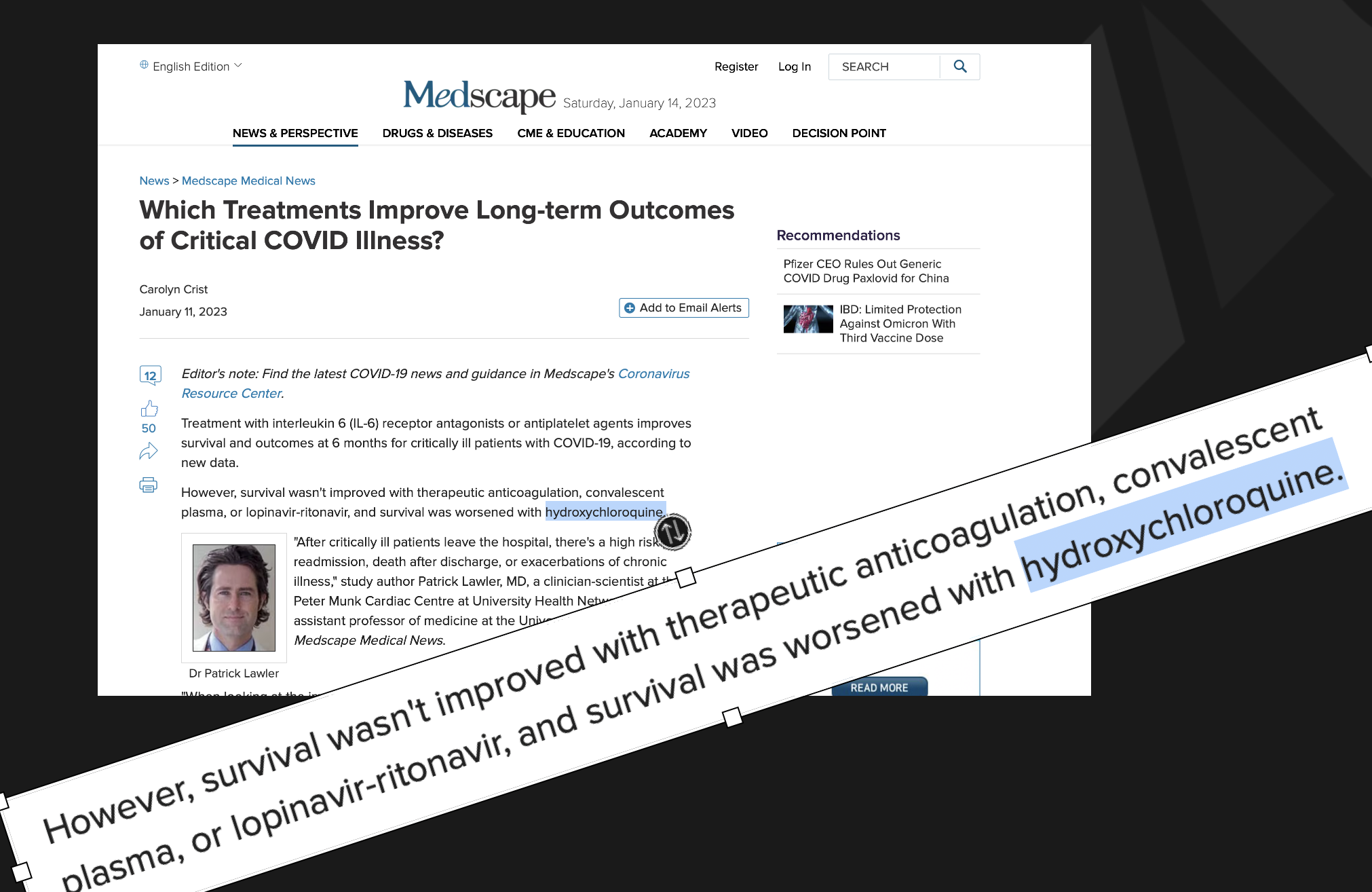 Treatment with interleukin 6 (IL-6) receptor antagonists or antiplatelet agents improves survival and outcomes at 6 months for critically ill patients with COVID-19, according to new data.

However, survival wasn't improved with therapeutic anticoagulation, convalescent plasma, or lopinavir-ritonavir, and survival was worsened with hydroxychloroquine.

"After critically ill patients leave the hospital, there's a high risk of readmission, death after discharge, or exacerbations of chronic illness," study author Patrick Lawler, MD, a clinician-scientist at the Peter Munk Cardiac Centre at University Health Network and an assistant professor of medicine at the University of Toronto, told Medscape Medical News.

"When looking at the impact of treatment, we don't want to improve short-term outcomes yet worsen long-term disability," he said. "That long-term, 6-month horizon is what matters most to patients." 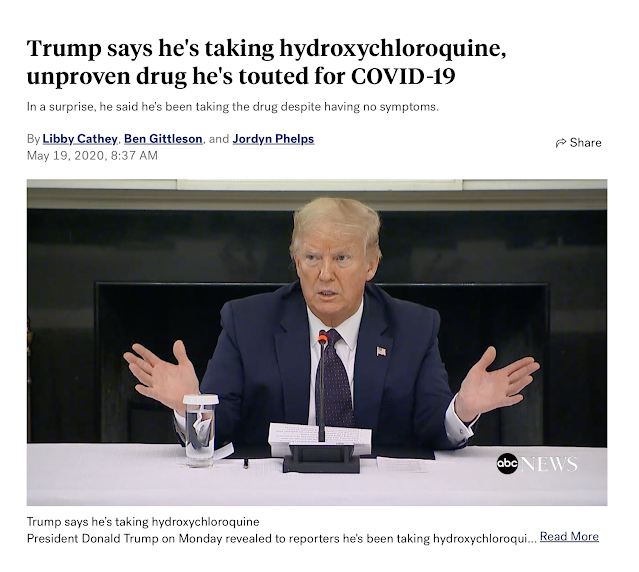 Of course anyone who isn't a brainwashed and brain dead Trump cultist can't forget this:

And then there's hapless Dr. Birx who has to forever live with these moments: 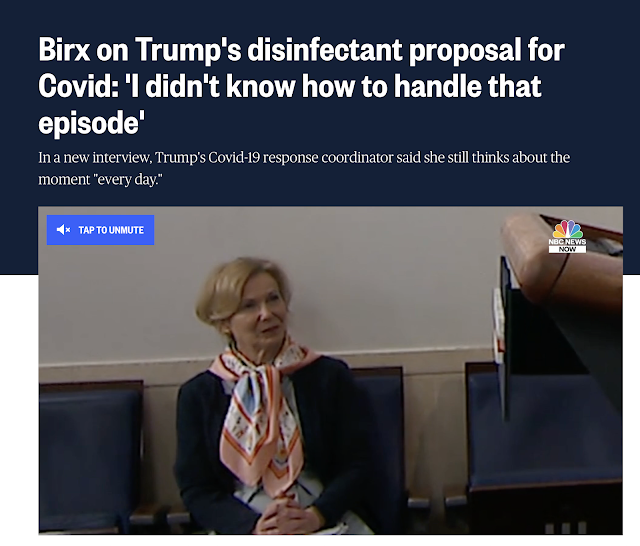 Then we had the publicity stunt which was meant to show both how invulnerable he was and how Covid was no big deal: 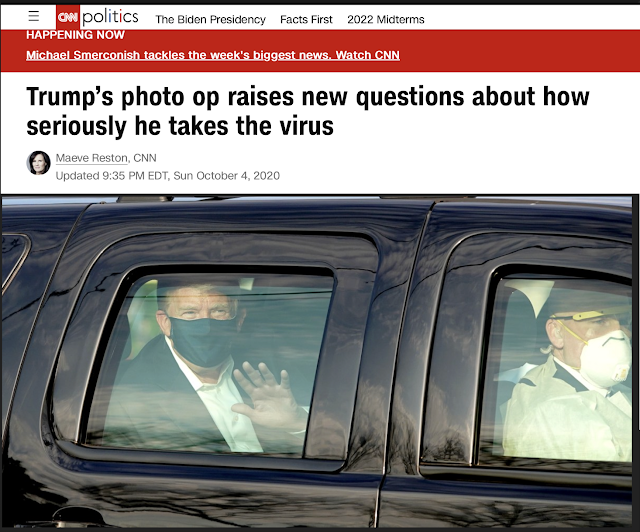 This is an excerpt:

In the midst of an aggressive course of treatment for coronavirus, President Donald Trump left the hospital with his security detail Sunday so he could ride in an SUV past supporters cheering him on outside Walter Reed National Military Medical Center.

The short trip, where Trump waved to his supporters through the window while wearing a mask in the back of his SUV, was an attempted show of strength that displayed the President’s questionable judgment, his willingness to endanger his staff and the fact that he still does not seem to comprehend the seriousness of a highly contagious and deadly disease.

Trump’s doctors on Sunday provided concerning details about his condition to reporters – including two alarming drops in his oxygen levels. But the late Sunday photo op underscored that the chief concern for the President, who was furious at his chief of staff for telling reporters about his troubling vital signs, is projecting a commanding image to the public.

An attending physician at Walter Reed harshly criticized Trump’s Sunday drive-by as a risk to the lives of Secret Service agents who accompanied him in his SUV.

“Every single person in the vehicle during that completely unnecessary Presidential ‘drive-by’ just now has to be quarantined for 14 days. They might get sick. They may die. For political theater. Commanded by Trump to put their lives at risk for theater. This is insanity,” Dr. James Phillips tweeted.

The original Teflon don was Mafia boss John Gotti. He was given this nickname because of the way he avoided legal consequences for his crimes for so many years. He eventually was sentenced to life in prison. He spent the majority of his sentence in effective solitary confinement, allowed out of his cell for only one hour a day. This is how he spent the final years of his life at the US Penitentiary in Marion, ILL
It is a fortuitous coincidence that when referring to Trump with this moniker the word "don" has two meanings, don as the head of a crime family and "Don" as in Donald.
Not only has Trump followed in Gotti's footsteps when it comes to staying out of prison he managed to get elected president despite years of breaking the law. He proved to be Teflon in another way by avoiding dying when he contracted Covid prior to the development of vaccines.
It remains to be seen whether some of his off the rails behavior is a form of long Covid. There's no way to determine this now but one thing we can say for sure is that he's alive and kicking.
If Trump has an autopsy made public after he dies it is possible we will know whether Covid had invaded his brain. Consider, also from Medscape that

The researchers said their work shows the virus "is capable of infecting and replicating within the human brain." They also said their results indicate the virus spreads via the blood early during infection, which "seeds the virus throughout the body following infection of the respiratory tract."

Can you imagine what would happen if Trump cultists learn that Covid has invaded Trump's brain, Trump who claimed he had the biggest brain, or as he put it a very, very large brain, also had, literally not figuratively, a very sick brain.