George Santos, the Legislator Lion of Liars, impresses with a fancy website

\
George Santos, the Legislator Lion of Liars, impresses with a fancy website
I bet you didn't look at it

By Hal Brown
Archives and comments on bottom of page 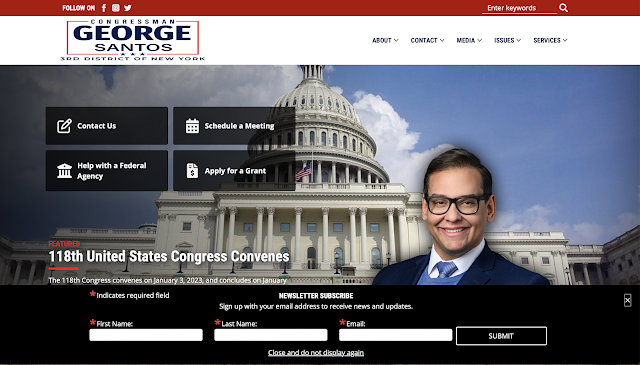 I clicked on the George Santos official dot.gov website (here or above) and noticed that it opened with a pretty damn good looking page even before scrolling down to find the press release which contained yet another lie. This was a press release saying he was sworn in yesterday.

Because of the Kevin McCarthy brouhaha nobody was sworn in. The House can't proceed to any other business unless it has a Speaker.

At first glance it is easy to miss that the main photo is a leisurely animation. with two views of the US Capitol slowly moving in the background. The picture of Santos appears to move. This is what is called the Ken Burns Effect. 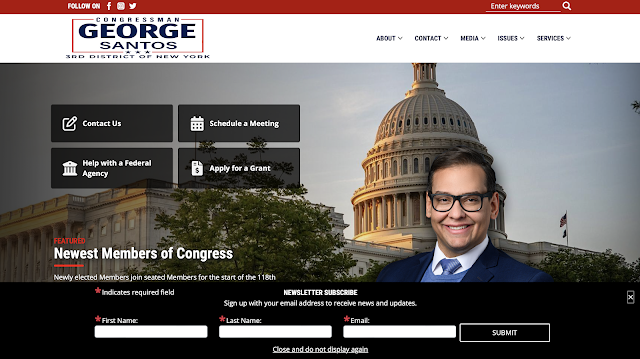 When you first click Santos's image appears in a split second out of nowhere. It happened so quickly I couldn't take a screen shot of it. I had to take an actual picture of it with my iPhone. Make of this what you will. My interpretation is that Santos, much to the chagrin of Republicans and delight of Democrats, seems to have appeared out of nowhere.
Another freshman member of the House has a less fancy website. Her face disappears and the background photos have a Ken Burns Effect. 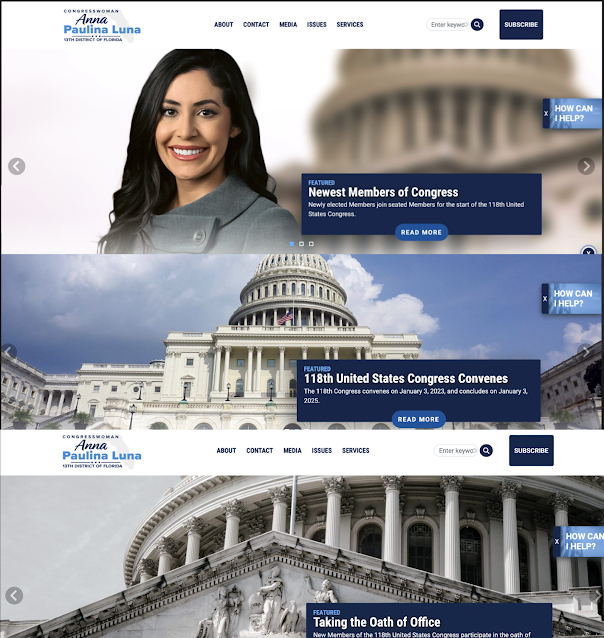 I am not going to look at more of the websites of members of Congress. I just thought it might be interesting to share what the Legislator Lion of Liars'* website looks like since I doubt any of my readers would check it out on their own.
*With recognition that the Lion of Congress is really the late John Lewis.

My latest McCarthy and Trump illustrations here, updated today - in all modesty I think they are worth having a gander at..