Mired in Muskland
Edition 4
by Hal Brown
Edition 5 is here
If you liked 4 you'll like 5, maybe
Scroll down for
There is no longer a "We the People of The United States" 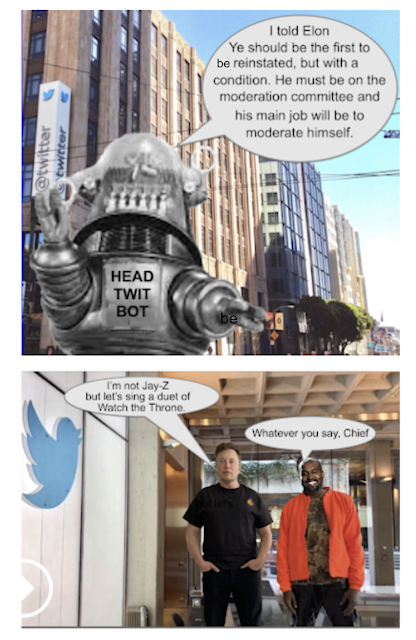 Click above to enlarge.
Lyrics to Watch the Throne
Getting Ye back on Twitter would bring along his zillions of followers but it would also benefit him because  a sequel "Watch the Throne 2" album has just been announced.
This is Musk's new personal Twitter page illustration. Gone is his photo of carrying a sink into headquarters. 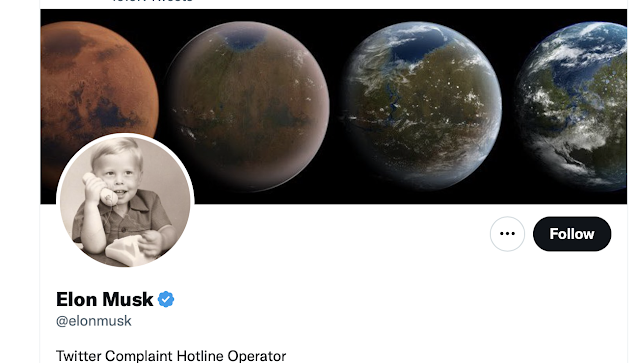 The photo can be found here with other early photos of Musk. 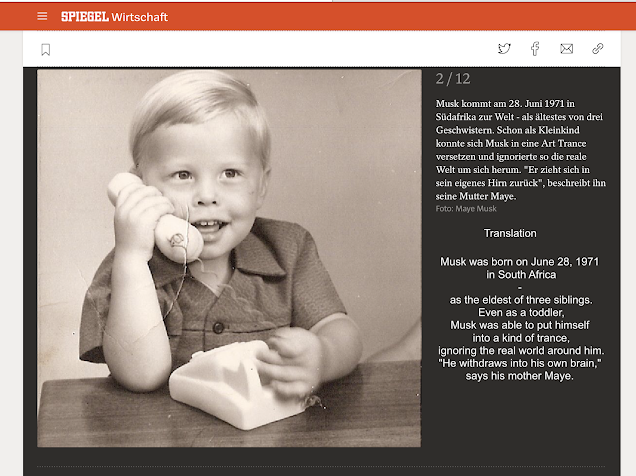 Note he has dubbed himself Twitter Complaint Hotline Operator. I assume this is a reference to him as a child on a toy telephone. I give him credit for his attempts at humor though they sometimes fail dismally. "If at first you don't succeed," I'd tell him, "learn from what went wrong and try try again." As far as I know there is no Twitter hotline though if he wants to share his number with me that's fine. He has a photo tweeted from Halloween: 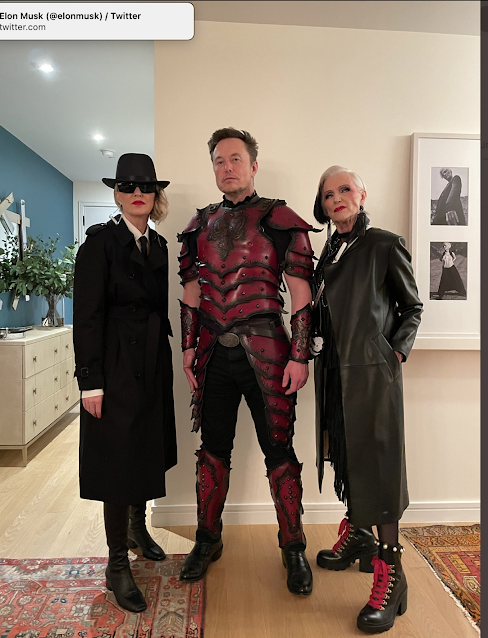