Written and illustrated by Hal Brown

Breaking news on bottom of page.

You've no doubt read or heard about how trump said he had the ability to declassify top secret documents with his mind.

Before you break a gut rolling on the floor with laughter, consider this possibility.

Trump may have mastered a version of the Vulcan Mind Meld which is effective on top secret documents! Not that anyone could have missed these make-your-eye-bug-out reports: 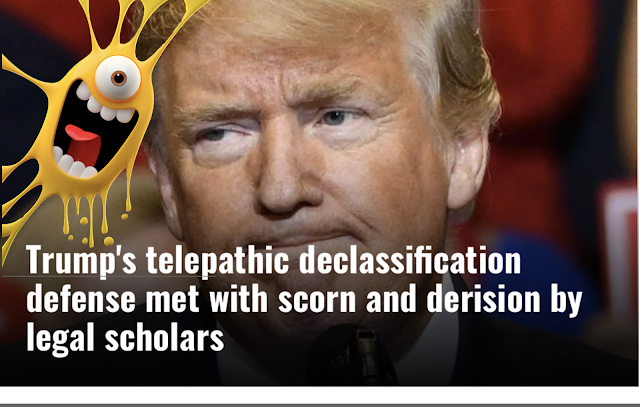 "There doesn't have to be a process, as I understand it. You know, there's different people, say different things," Trump told Sean Hannity. "If you're the president of the United States, you can declassify just by saying, 'it's declassified' — even by thinking about it." 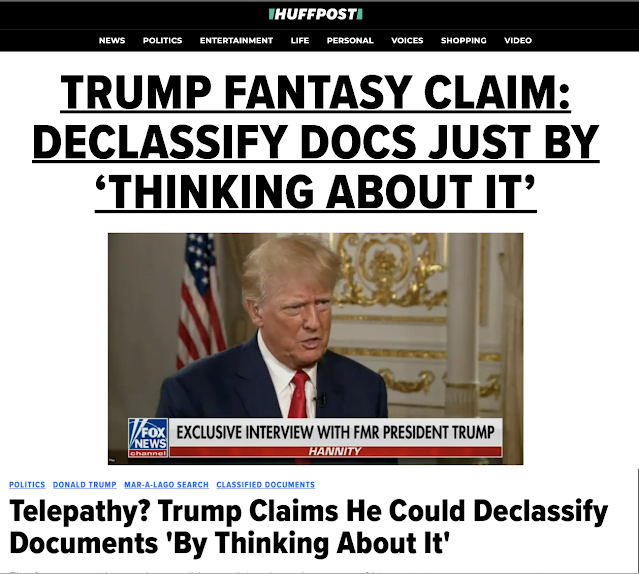 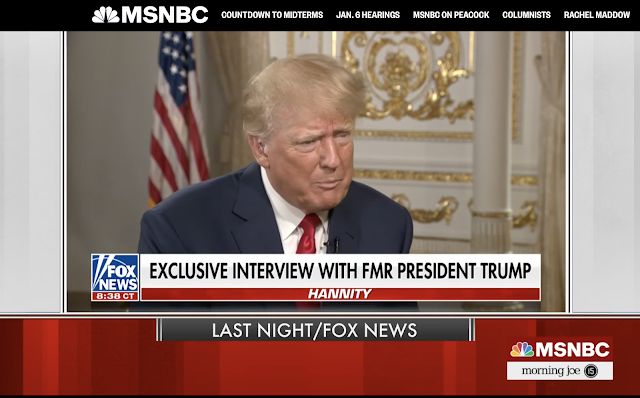 Let's back up here. What do legal experts and former FBI agents know about the actual powers residing in the deep recesses of the Trump mind?

Those of you who are old enough probably remember Johnny Carson as Carnac the Magnificent.

Longtime sidekick Ed McMahon ritualistically and bombastically introduced the Carnac routines. The announcement implied Carnac was responsible for some scandal or disaster currently in the news, as "And now, the great seer, soothsayer, and sage, Carnac the Magnificent." After Carnac entered and stumbled, Ed would continue as follows:

"Sis boom bah." "Describe the sound made when a sheep explodes."

The act involved a variation of the magician's billet reading trick: divining the answer to a question written on a card sealed inside one of the envelopes, announcing it to the audience, then tearing open the envelope to reveal the question.

It may have been an act with Johnny but there are many people who say Trump is, if not the Second Coming, at least Jesus quite literally shared the Oval Office with him and even guided his Sharpie when he signed executive orders. 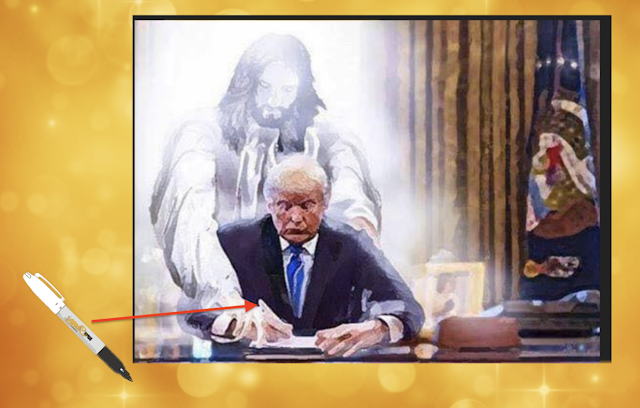 Trump has managed magical feats hitherto thought impossible. Had he not possessed, if not magical, perhaps divine powers, he'd long ago either be residing in prison or living in a cardboard box on his beloved New York City's Skid Row.

Who then is to conclude that Trump, who has succeeded in leading a cult composed not only of pinheads but a sprinkling of actual college graduates, doesn't have supernatural powers? 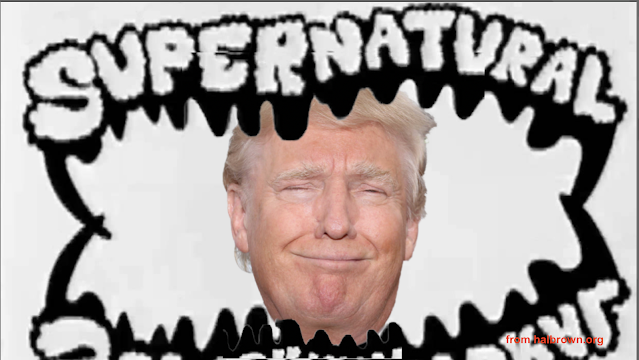 Afterthought:
Perhaps Trump fancies himself as a Mr. Spock bent on destroying Democracy and making himself the Klingon King (really as Trekkies know he'd be a Romulan ruler since the Klingons were peaceful and the Romulans spun off from them and were evil).
Meanwhile::::

Yesterday was, to understate the gravity of the news for Trump, a worrisome Wednesday for Trump, or in his delusional "what me worry" state at least it was for his lawyers and Ivanka, Donald Jr., and Eric.

By most counts there are at least six things in the legal arena Trump ought to be losing sleep over or gorging on Big Macs, chocolate malteds, and KFC to the point of becoming a Mr. Creosote. 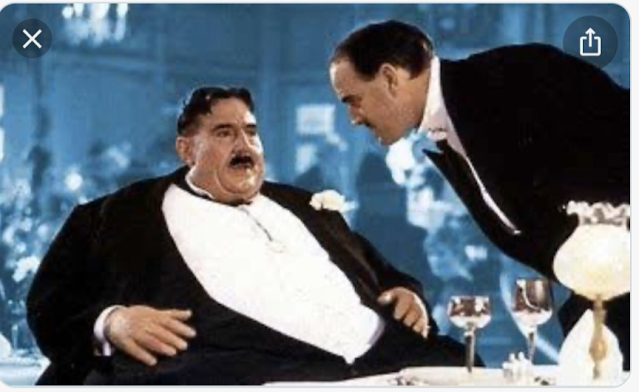 Whether he will lose it remains to be seen. 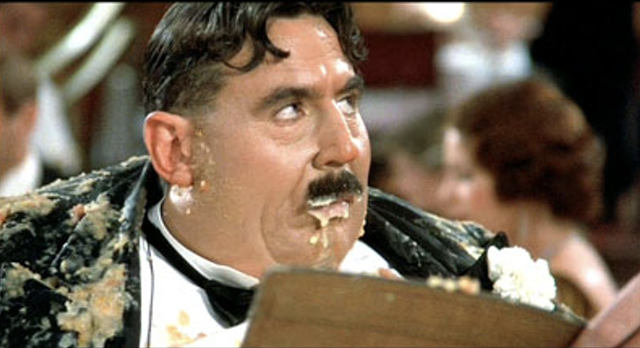 The number six prompted me to make this illustration: 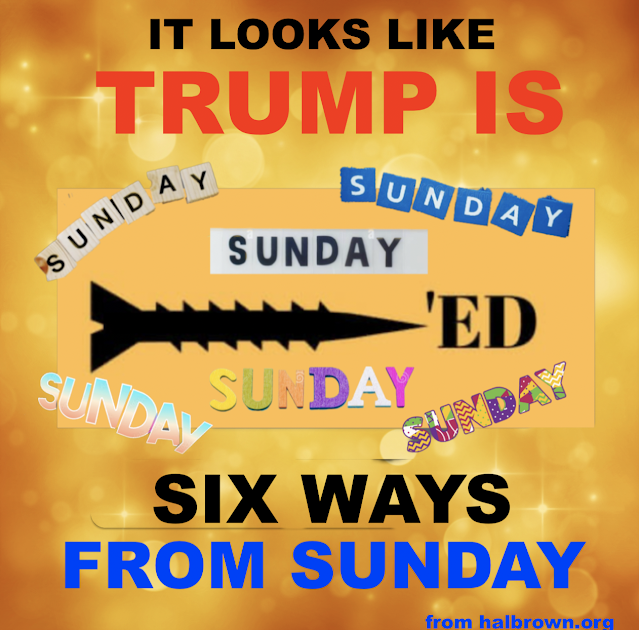 Most of the news reports list the six areas where Trump faces legal jeopardy but they usually don't include number seven: 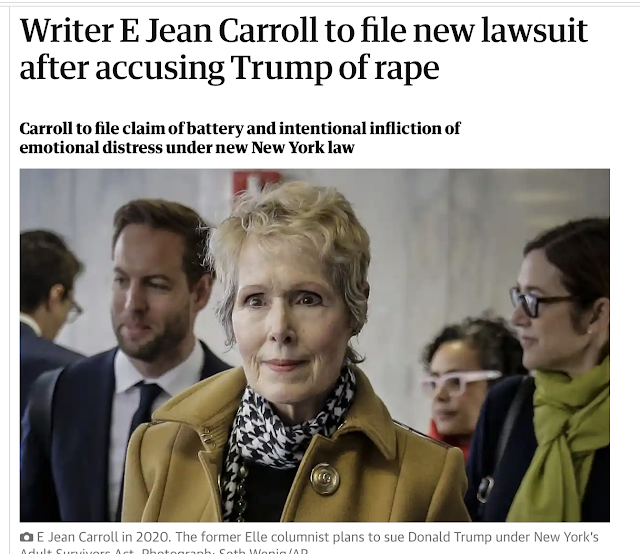 Is Trump actually worried? I mean worried in the way a person who isn't a delusional grandiose narcissism who believes he's untouchable would be. This is impossible to determine. What we do know is that he is lashing out at at least one of his nemesis's.

I thought his social media platform would be more appropriately renamed as follows: 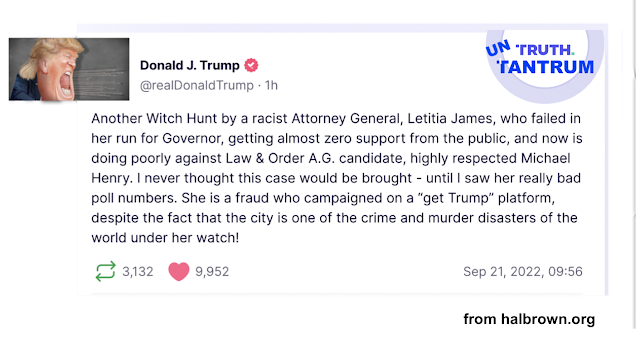 I sure hope this got through to her thought I have my doubts. 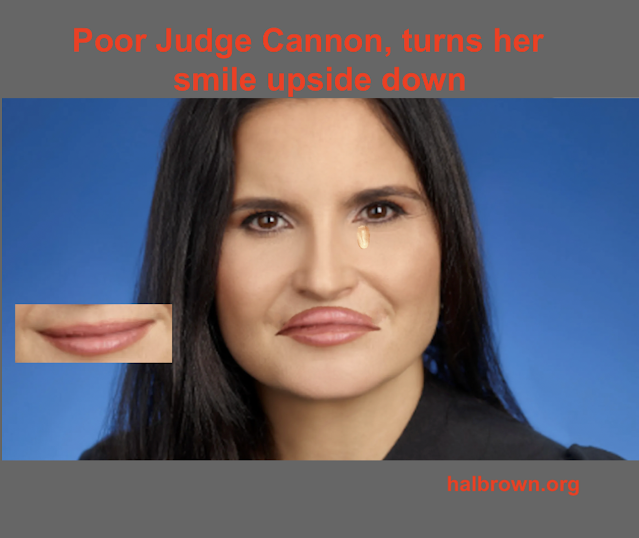 "Racist A.G. Letitia 'Peekaboo' James, the failed Gubernatorial candidate, is now running second to strong crime fighter MICHAEL HENRY," Trump posted. "This could be a big upset because she has been a terrible A.G. when it comes to protecting the people of New York State. Murder, Rape, and Drugs are totally out of control-There has never been a more dangerous time than this. She is grossly incompetent, her staff knows it, and so does everyone else. MAKE NEW YORK SAFE AGAIN!!!"

"Trump's new nickname for NY Attorney General Leticia James is 'Peekaboo,'" added progressive commentator Thom Hartmann. "Is this his code word for the word you get when you replace "peek" with "Jig"? Sure looks like it..."

This is long but well worth reading 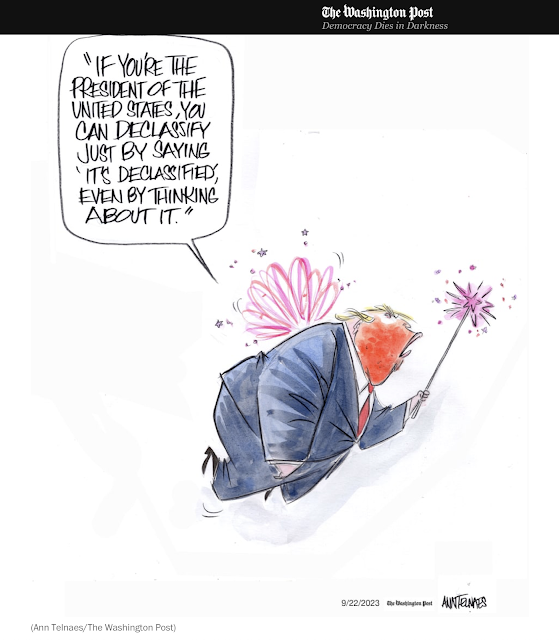