My Version
When I was too young to appreciate the writing in The New Yorker, which my parents subscribed to, I looked forward to each issue for the cartoons. My favorite cartoonist was Charles Addams which no doubt showed something about my personality. In fact, that when I read McCarthy's Race For Speaker Risks Upending House On Day One in HUFFPOST this morning the above cartoon came to mind.

It was one of the two Addams cartoons which I liked the best. This is the other one: 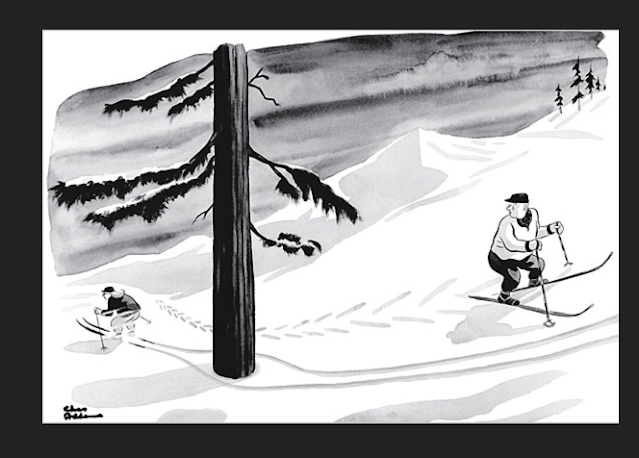 I suppose this says something about my developing personality and my somewhat morbid sense of humor. I also like the cartoons in The Hanging Book: 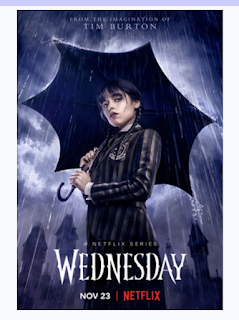 If you stumbled on this blog because you're a Charles Addams fan and haven't already watched the streaming Netflix show Wednesday I highly recommend it. It has two Golden Globe nominations and features the Christina Ricci  in a supporting role. She played the original Wednesday in the original Addams Family TV show.

Back to what I think the cartoon represents. The car which is about to careen off the cliff is occupied by all Republicans but you have to wonder who is driving it. I'd have to choose between Marjorie Taylor Greene and Donald Trump depending on whether we are thinking only about Congress or the GOP as a party.

Who then is this driver? 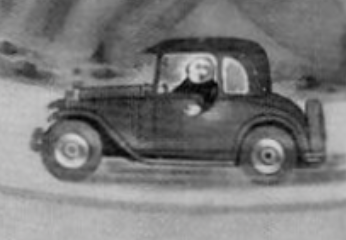 He sees the approaching semi and is aware that the Republicans who are chasing and about to overtake him, and is smart enough to take advantage of the opportunity that fate afforded him.

The Democrat's leader, President Biden, lacks the ruthlessness gene and is not a malignant narcissist, anything but, so he wouldn't even dream of sticking his arm out the window and making the universal "it's safe to pass me" gesture which he knows would result in real life in the kind of movie scene where a car speeds off a cliff and bursts into flames. 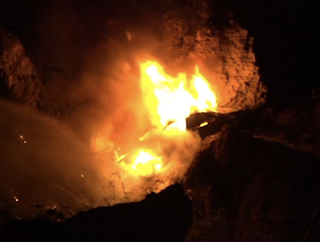 The other way to interpret the cartoon is to say the man waving driver of the car to pass and die engulfed in flames is Donald Trump and he's being chased by any and all Republicans that don't bow down to him.