Investigation: The mystery of how Trump got Judge Cannon, coincidence or not?

Trump managed to get a Trump loving judge to kiss his royal ass, but was it blind luck? 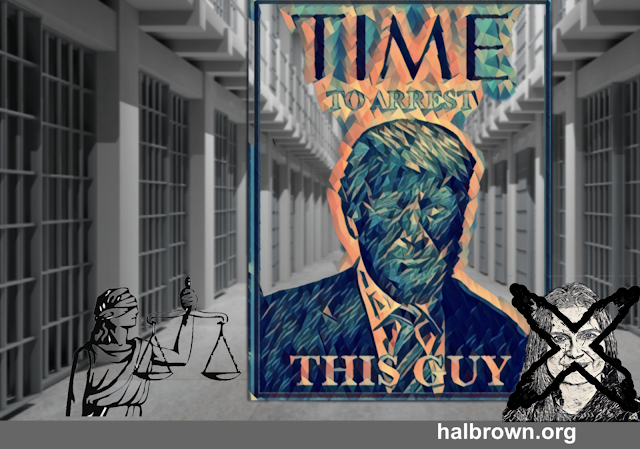 I changed the photo of Trump originally depicted in an image someone else made of him on a mocked-up Time cover (here and below) to make him look decidedly unpresidential. I put him in prison and added Lady Justice on the left and an X'ed out altered image I made of Judge Cannon on the right.
Another of my images: Judge Cannon's reputation among what appears to be the vast majority of legal scholars seems to be in ruins. Does she care? My impression is that she couldn't care less even though she is in dire need of the legal version of a visit to the emergency room. 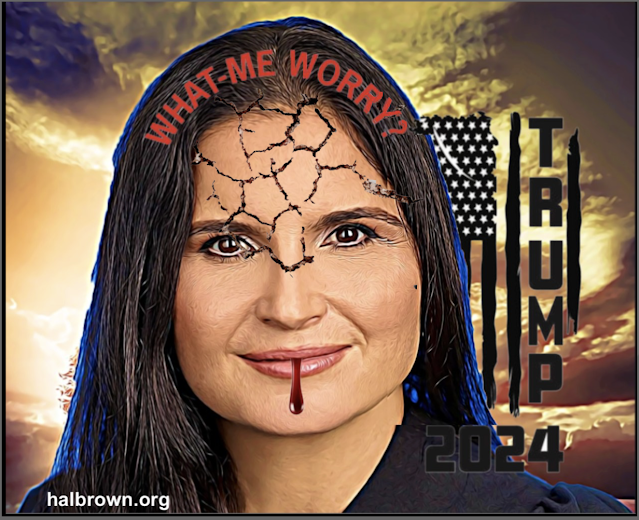 You need a Daily Beast subscription to read this article on their website where you can see the illustration which shows a rendering of a well-worn paperback mystery titled "The Cannon Clue." 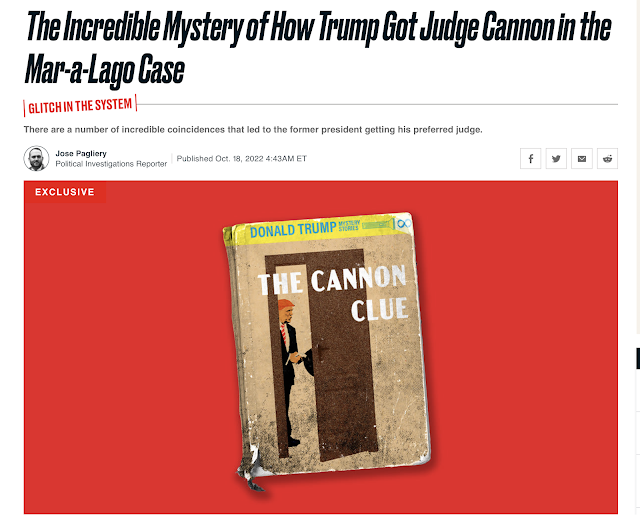 You can read the Daily Beast article without a subscription here on YaHoo. 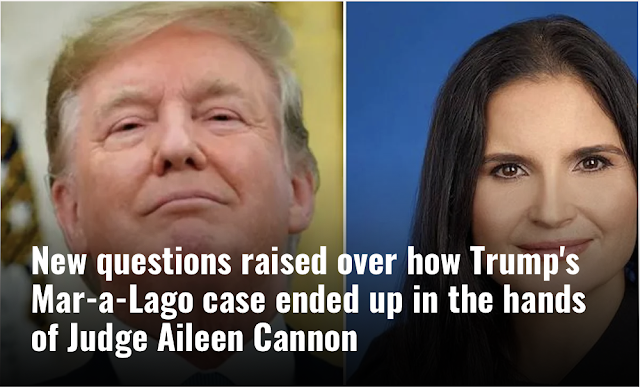 The Daily Beast story describes how Trump lawyers may have shopped for a judge they presumed would be not merely friendly but lovingly to kiss the ample Trump royal ass. The crucial would here is "may" since so far there's no proof they did this. Was the fix in? Or did they decide to increase the odds that they'd have Judge Cannon assigned the documents case. We just don't know the answer. This has not stopped speculation.
If you couldn't buy an item you needed in a nearby store in this era of online shopping you might get it from Amazon. But they did have the equivalent of an online store to file their case. They claimed the online mechanism was offline but it turns out it wasn't. This was a lie. So they they hit the streets and traveled some distance from the court where the case normally would have filed to Judge Cannon's courthouse. However, there are nine judges there so there would be no guarantee she'd get the case.
This is the gist of what the article reports:

When Donald Trump’s legal team filed their court paperwork protesting the Mar-a-Lago raid, a lawyer took the rare step of actually filing the paperwork in person. At a courthouse 44 miles from Mar-a-Lago. And they got a judge to oversee the case that was outside both West Palm Beach—where the raid took place—and the district where they filed," the Daily Beast reporter wrote. "Those incredible coincidences have led lawyers and legal experts to suggest that something may not be above board with how Trump’s team filed their lawsuit."

It turns out that filing such legal briefs are almost never done at a courthouse in person anymore. In almost all jurisdictions they are done electronically.
The RAWSTORY article concludes:

Lawyers in the area, who didn't want to give their names, also found the method of filing the lawsuit curious.

So far there's no irrefutable proof that the fix was in. It may be that the cards were stacked to favor Cannon's being assigned the case. It may be a coincidence.

This is from The Daily Beast:

It all may boil down to what you believe: 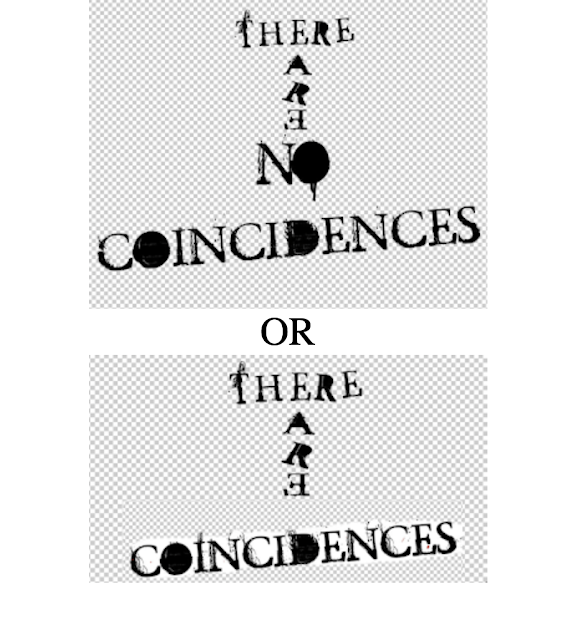 Perhaps it was just the luck of the draw: 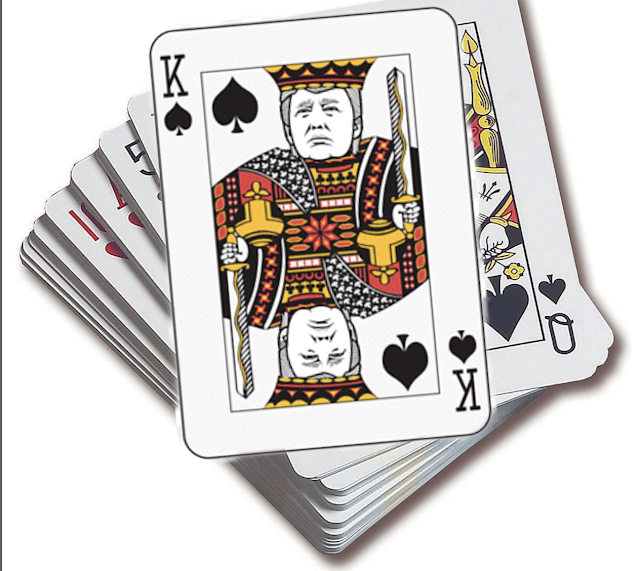 I made my illustration after reading the RAWSTORY article and posted it as a comment there among similar illustrations, below, which other readers posted. I altered this Time Magazine image to make my own: 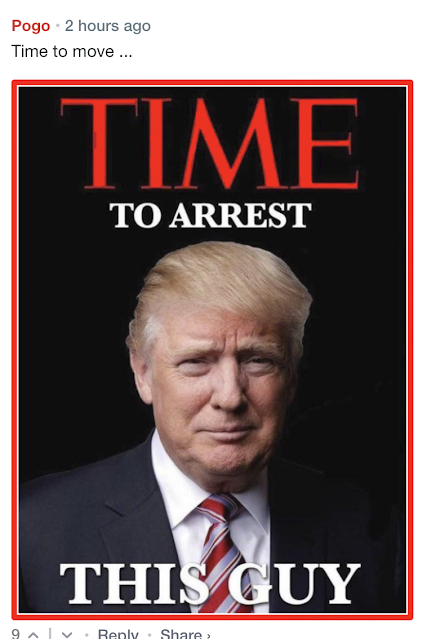 I changed the photo of Trump to make him look decidedly unpresidential. I put him in prison and added Lady Justice on the left and an X'ed out altered image of Judge Cannon on the right.
Other commenters posted these images: 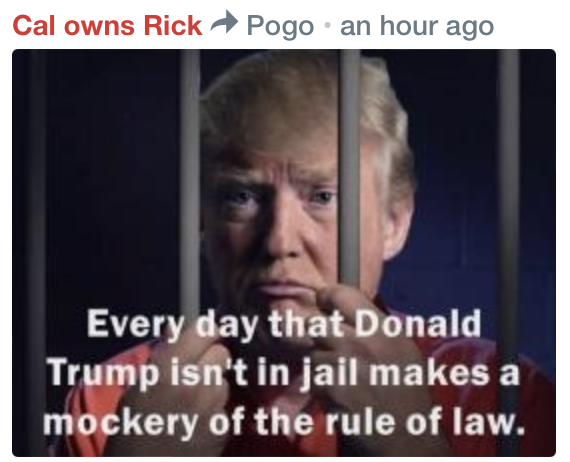 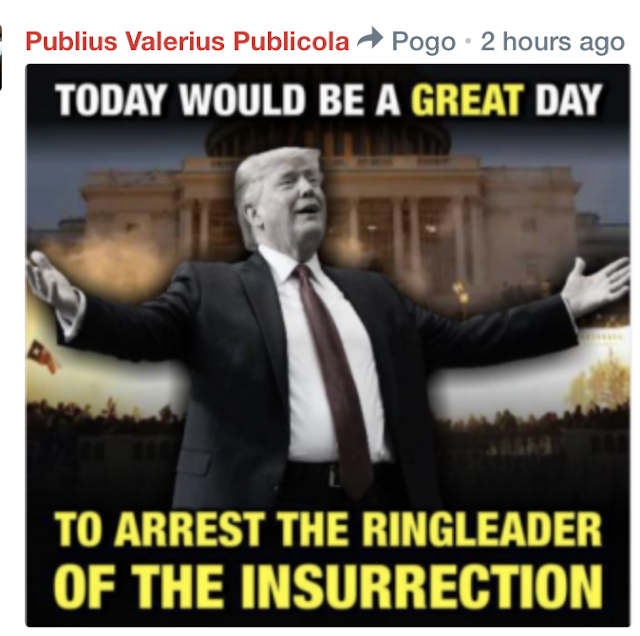 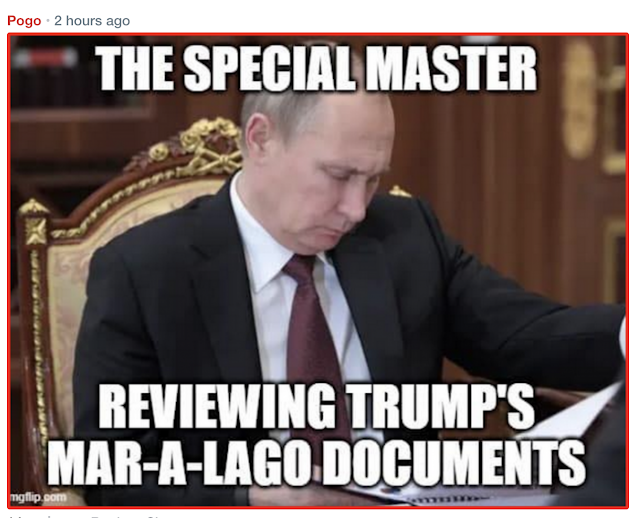