Musing On My Mortality: A scary dream and then scarier Covid news

Musing on my mortality:
A scary dream and then scarier Covid news
By Hal Brown 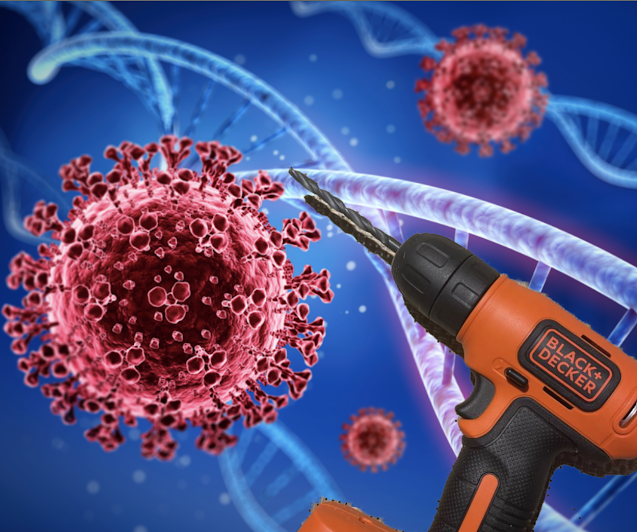 I woke from a scary dream this morning.

I was sitting in the chair at my dentist's  office and he was about to work on a cavity in a molar and I saw that he was about to use the biggest dental drill I'd ever seen. It was about 3/8ths of an inch in diameter like this: 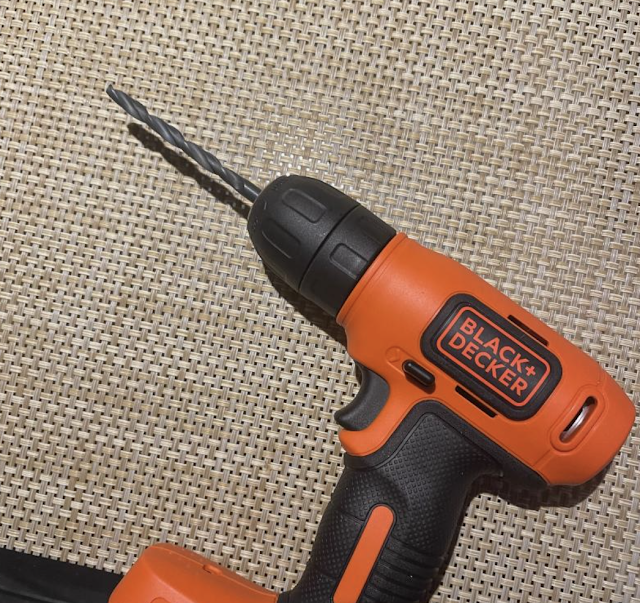 I said to him and his dental assistant "that's the biggest drill I've ever seen." I was girding myself for the inevitable. I was apprehensive but not terrified. I tried to relax and then I woke up before he began to drill.

Then I got up and made a cup of coffee thinking about the dream. I had no idea what I would blog about until I read an article about emerging Covid subvariants.

My morning online ritual is to first look at my email. This trending alert from Medscape jumped out at me: 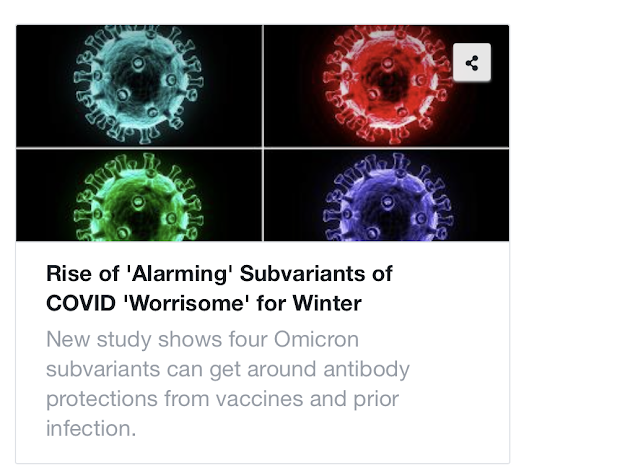 So far I've avoided Covid although I have friends and acquaintances who have had it. Except for one who was hospitalized their cases were fairly mild.

I did have pneumonia last month though. More than 40,000 people die of pneumonia a year in the United States.

Mine was so severe that my doctor considered having me hospitalized. Instead he decided to treat at home with a strong antibiotic and prednisone. I was bedridden for three weeks with a vaporizer blowing mist at me and coughing up disgusting sputum which I won't describe here.

Being fully vaccinated from Covid and having had my flu shot, and hoping I have some pneumonia antibodies, I was resting easy enough to figure I was as protected as I could be, at least from debilitating or fatal viral illnesses.

I don't want to live my life in fear. I am prudent about mask wearing and have a stock of N95's. I still go out to eat, and did throughout the pandemic once restaurants reopened.

Knowing I was vaccinated was the key to enabling me to going to favorite restaurants like The Colony Pub in the lovely little town of Aurora, Oregon and Wild Fin on the Columbia River in Vancouver, Washington.

I missed this article on Medscape when it first was published on Dec. 22 but got it in the email this morning when it trended: 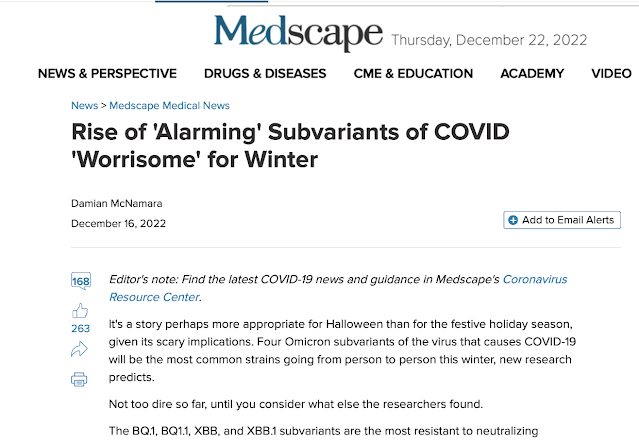 This is how the article begins:

It's a story perhaps more appropriate for Halloween than for the festive holiday season, given its scary implications. Four Omicron subvariants of the virus that causes COVID-19 will be the most common strains going from person to person this winter, new research predicts.

Not too dire so far, until you consider what else the researchers found.

The BQ.1, BQ1.1, XBB, and XBB.1 subvariants are the most resistant to neutralizing antibodies, researcher Qian Wang, PhD, and colleagues report. This means you have no or "markedly reduced" protection against infection from these four strains, even if you've already had COVID-19 or are vaccinated and boosted multiple times, including with a bivalent vaccine.

On top of that, all available monoclonal antibody treatments are mostly or completely ineffective against these subvariants.

But evidence from other countries, specifically Singapore and France, show that at least two of these variants turned out not to be as damaging as expected, likely because of high numbers of people vaccinated or who survived pervious infections, he said.

Still, there is little to celebrate in the new findings, except that COVID-19 vaccinations and prior infections can still reduce the risk for serious outcomes such as hospitalization and death, the researchers write.

The rest of the article is largely technical but you get the idea.

The title is interesting in the inclusion of two contrasting words, alarming vs. worrisome. It begins with this sentence:

It's a story perhaps more appropriate for Halloween than for the festive holiday season, given its scary implications

Halloween, lest we forget, was mostly cancelled as a fun holiday  during the height of the pandemic.

The writer seems to be ambivalent and not sure about how loud to sound an alarm due to the scientific findings. Consider:

Not too dire so far, until you consider what else the researchers found.

All this tends to make this almost 79 year old think of his own mortality.

There's a grave in the new portion of the historic Cemetery at the Green waiting for me in Massachusetts. My late wife grew up in a house which had its backyard adjacent to the cemetery so whenever we from from Michigan to visit my in-laws we'd walk though it looking at the colonial tombstones in the old part of the cemetery..

No remains of me will ever be buried there. I don't particularly care where my ashes go. 100 years from now somebody may notice why there's no date of death for me on my late wife's family monument:

Something is going to get me in the end. To quote Albert Camus:

"Once one's up against it, the precise manner of one's death has obviously small importance....

Despite this ultimate truism, the precise (using the word literally) manner of one's death is generally unknowable, even for someone who has a terminal illness.  Only those about to commit suicide know exactly how they will die.

Some people, perhaps most people, think they know what will happen after they die. In fact, nobody knows, or at least there is no proof of an afterlife that hold up to rigorous scientific proof.

I believe with absolute certainty that in no way, shape, or form is there any life after death. This puts me among the 7% of the world population who are atheists. Others find great solace in believing with the conviction of unshakable faith that there is.

Well meaning people sometimes tell those who are beset with grief that their loved one "is in a better place" without realizing the person beginning the process of mourning, and the person who died, were atheists. Such is the way of the world.

So there we go... from a dream about a terrifyingly large dental drill to "worrisome" news about Covid subvarients... to my writing a non-political, dare I say philosophical, blog.