Some thoughts about Putin's Russia and Trump's MAGAmerica

Some thoughts about Putin's Russia and Trump's MAGAmerica

I'll start with the comment I put on the following David Ignatious column in today's Washington Post (subscription):

The parallels between Russia under Putin and what the of MAGA part United States has become struck me. Even if Trump never gets a second term his MAGA cult will remain with us. They envision a United States chillingly similar to those who want Russia to be an imperial fascist country. The equation to describe these segments of the two countries looks like Russian First = America First. The remedy is the kind of transformation that occurred in Germany after World War II.  I don't know how this can happen without the resounding military defeat the NAZI regime suffered. It will require not only a victory of morality over immorality for both countries, but a moral awakening among a large portion of those who adhered to the belief that ultra-nationalism was their credo. 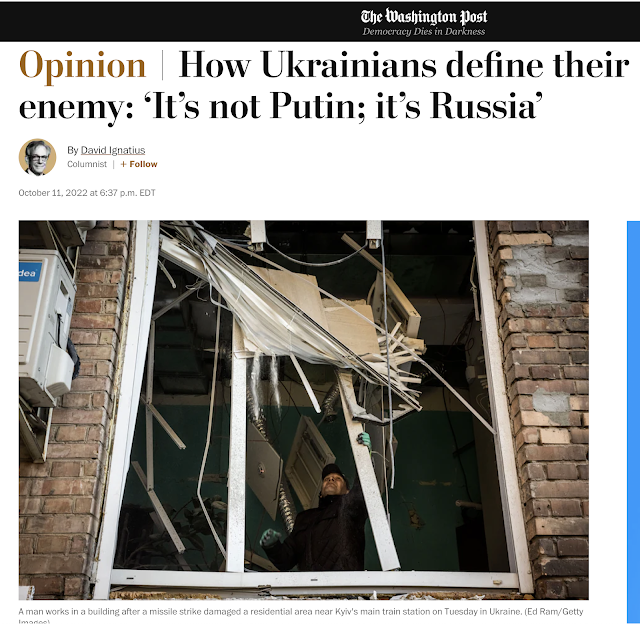 These are what I thought were the most important observations in the column. As you read them substitute how the Ukrainians view Russia with how you view MAGAmerica and how you think these MAGA cultists want the United States to be.

Through Ukrainian eyes, this terrible conflict has become a clash of civilizations. They argue that most Russians support Putin’s brutal war in the way that most Germans supported Adolf Hitler. Unless Russia as a nation abandons the imperial dreams that Putin has evoked, the conflict cannot be resolved through negotiations.

“Russia has to go through the same process that Germany did after World War II,” presidential adviser Mykhailo Podolyak insisted Saturday in an interview with me and the other members of a group organized by the German Marshall Fund, of which I’m a trustee. “If Russian society doesn’t understand what they’ve done, the world will be brought into chaos.” He enthusiastically predicts that postwar Russia will dissolve into five or six smaller nations.

The word "rebirth" below jumped out at me:

For me, thinking about how this war ends juxtaposes two conflicting lessons of the 20th century. Historians generally agree that the punitive peace imposed on Germany after World War I helped bring on the vicious Nazi quest for revenge. But historians also agree that the decisive outcome of World War II, with Germany and Japan pounded into unconditional surrender, allowed the miraculous postwar rebirth of both countries.

I would rephrase the last paragraph...

Surely, this is a war worth winning. I don’t want to see Russia destroyed, and I think any argument that it is forever an alien civilization is wrong. But the ideology that Putin represents, and that many Russians embrace, must be defeated.

Surely, the war against MAGAmerica a war that Democracy loving Americans must win. MAGAmerica can't be literally destroyed the way NAZI Germany as a military machine was. MAGAmerica is currently a country within a country. I think any argument that it is forever an alien civilization is wrong.  But the ideology that Trump and his cult represents, and that many Americans embrace, must be defeated. Those who "reside" in MAGAmerica can't be exiled. They have to be rehabilitated.

This will be a long arduous process which would ideally follow the kind of Democratic Party win in November which Michael Moore predicted (and I wrote about here).

It would be too much to hope that Rupert Murdock fired his Hitler-Mini-Me money makers, in particular Tucker Carlson. It would certainly help if these ultra-nationalists didn't have a major television platform.

Obviously it would help the most if Donald Trump, probably reinstated on Twitter, would at least develop severe chronic laryngitis.

We can't be naive. If Trump was indicted, tried, and found guilty of any crimes, and even sentenced to prison or home confinement this would have a huge backlash as his cult would believe he was a victim of the "deep state" and would make him into a living martyr.

No matter what the January 6th Committee reveals, no matter whether that have incontrovertible proof as to Trump's culpability in more than inciting the attack on the Capitol but being part of a felonious conspiracy it won't matter to these MAGAmericans. They will take this as his being the most patriotic of all patriots. 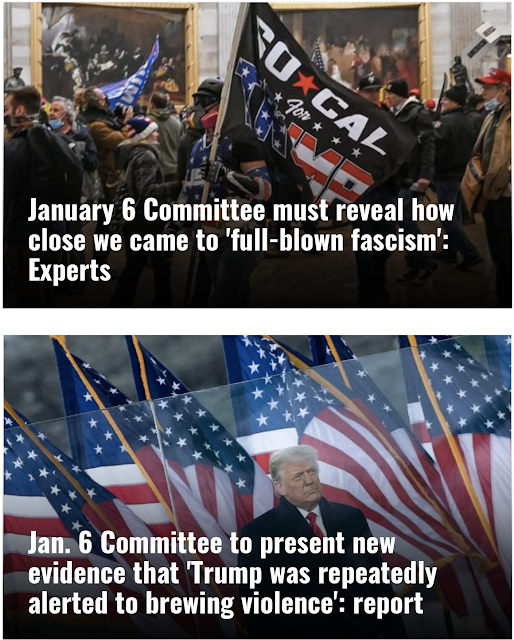 It won't matter because for the MAGAmericans "fascist" is simply a word describing the country they want to live in and the promotion of violence is laudable as long as it is their violence.
We see articles like “Utterly devastating”: Legal experts say DOJ filing “pulverizes all of Trump’s arguments” to SCOTUS on Salon but while this news pleases us, it hardly matters because show me a resident of MAGAmerica who reads Salon or even follows news about the legal peril Trump is in and I'll show you a  Where's Waldo where some prankster decided not to put Waldo in the picture. 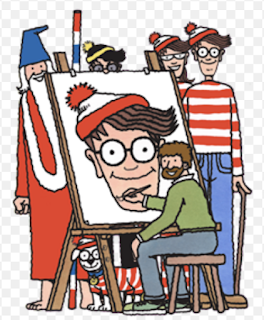 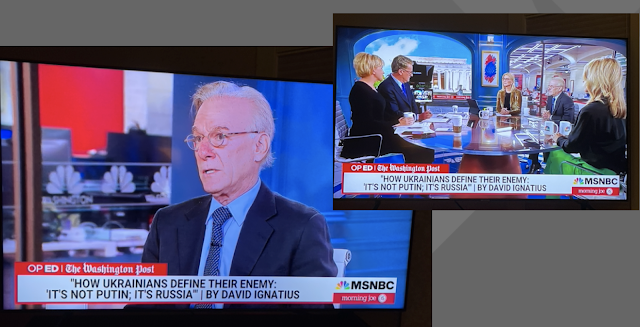 By chance as I completed this David Ignatius was being interviewed about this column on Morning Joe. There's a good chance that if you are reading this you are a regular viewer of MSNBC and you may even read their website but we can't delude ourselves that any warnings about what Donald Trump's American fascism would look like in reality are even heard by residents of MAGAmerica. I summarized the David Montgomery Washington Post Magazine article "What Will Happen to America if Trump Wins Again? Experts Helped Us Game It Out" here.

What is horrifying is that diehard MAGAmericans want the country to look like this. 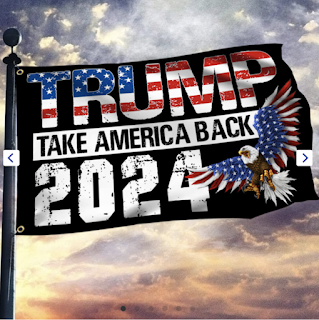 Main blog page
The blog archives are on the right at the top of the page. Here are the last three editions: