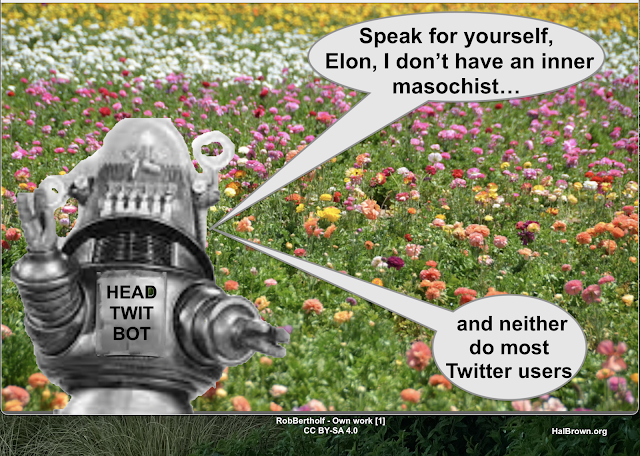 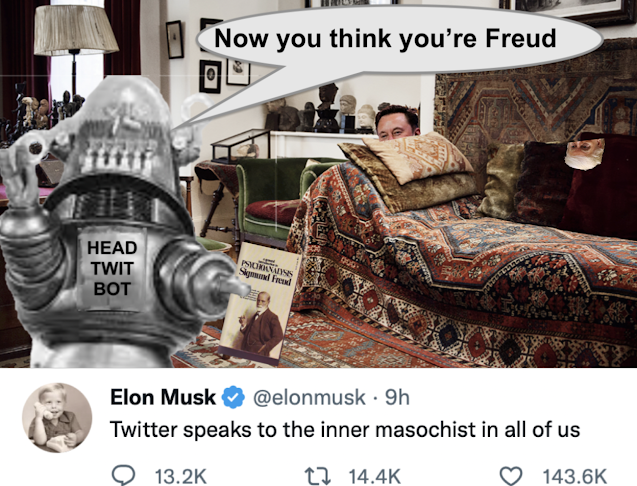 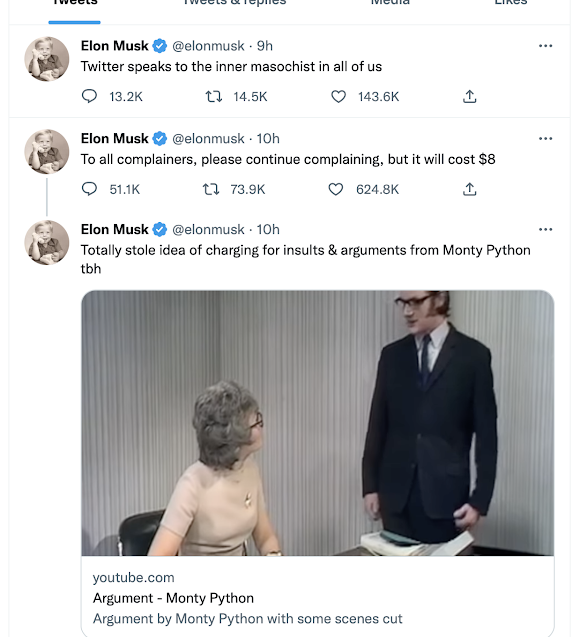 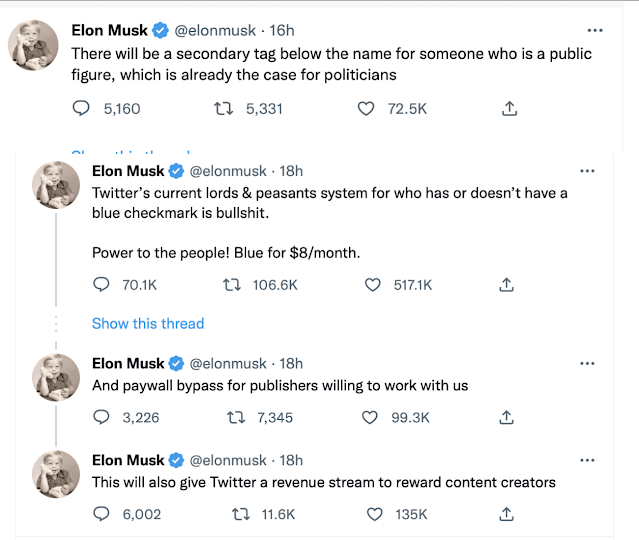 Reported on TechCrunch (below) and being discussed on Morning Joe as I composed this edition. 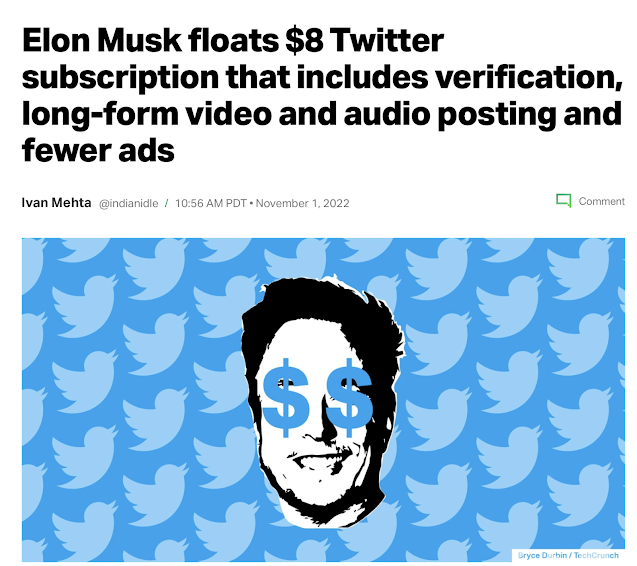 Joe said we are seeing him unwind on Twitter before our eyes. Is Musk unwinding, frequently in red tie via his tweets, before our eyes? It is hard to say unless we define "unwinding" exactly. There are times he is impulsive but that doesn't mean he is losing control.
What caught my eye wasn't Musk explaining via tweets the idea of charging $8 a month for extras, hell, I might even pay it.
This didn't strike me as unexpected. What "caught my eye" was his tweet saying that Twitter speaks to the inner masochist in all of us.
He verged from floating a business idea to bringing in the idea of saying all complainers should keep complaining (at a fee of $8 a month) perhaps dare I say as if he enjoyed reading them, to an hour later tweeting his inner masochist tweet.
Most people throw around the term masochism more or less accurately. Here's how The Britannica defines it:

Masochism, psychosexual disorder in which eroticrelease is achieved through having pain inflicted on oneself. The term derives from the name of Chevalier Leopold von Sacher-Masoch, an Austrian who wrote extensively about the satisfaction he gained by being beaten and subjugated. The amount of pain involved can vary from ritual humiliation with little violence to severe whipping or beating; generally the masochist retains some control over the situation and will end the abusive behaviour before becoming seriously injured. While pain may cause a certain amount of sexual excitement in many persons, for the masochist it becomes the chief end of sexual activity. The term is frequently used in a looser social context in which masochism is defined as the behaviour of one who seeks out and enjoys situations of humiliation or abuse.

Masochism as an isolated trait is fairly rare. More commonly, the association of pain with sexual pleasure takes the form of both masochism and sadism (q.v.), the obtaining of sexual pleasure through inflicting pain on others. Often, an individual will alternate roles, becoming aroused through the experience of pain in one instance and through the infliction of pain in another.

This is from The American Heritage® Dictionary of the English Language, 5th Edition.

I'd have to literally be Elon's therapist to know whether definition one, above, applies to him, but wonder about numbers two and three. It is better I'm not his shrink since if I was doctor-patient confidentiality would apply.
Update:
I know some people, ordinary Twitterers, even those who never tweeted, have gone off the platform. Not me. In fact, I just Followed Musk. 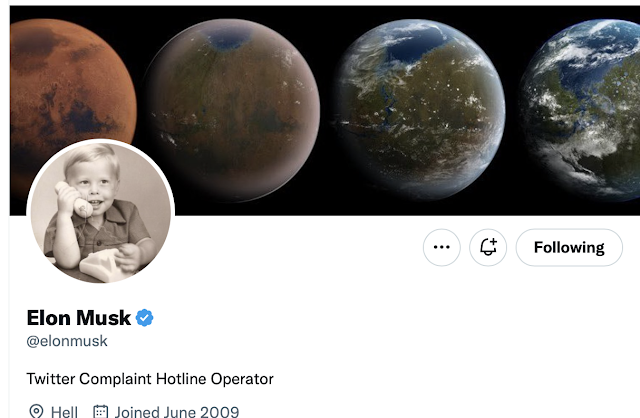 Musk is engaging back and forth with a number of tweeters today. For example the tweets below. Clicking will enlarge but not go to Twitter.