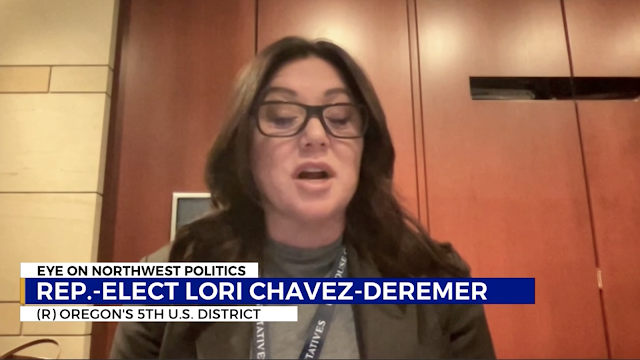 I was very much invested in my Oregon elections this year because there was a chance that two Democrats in our most blue state I supported might loose. One was Tina Kotek running for governor and the other was  Jamie McLeod-Skinner running to represent our newly redrawn 5th Congressional District.

I read the above article (afterwards I watched the video that went with it). Just from reading the article I began to think that perhaps she won't be that bad:

For example these are the responses that seemed hopeful:

“That’s one of the things I focused on as mayor. You’re a non-partisan mayor. You’re representing everyone in the city. We have to do the same here,” Chavez-DeRemer said. “I will always reach across the aisle to make sure I’m listening to the other side.”

Notably her response to one question was not in the website article, but was in the video. She was asked about her opinion about the conviction of Oath Keeper Stuart Rhodes. It was almost unbelievable that she said she hadn't been following this and had no comment. Either she was lying or hopelessly out of touch. I vote for the former.

Then I got to the last part of the article (at six minutes on the video):

Looking ahead to 2024, in light of Donald Trump announcing his presidential bid, Chavez DeRemer stated her support for whoever ends up at the top of the Republican ticket.

“I think we’re going to see a lot of Republicans running and we’ll see if he becomes the top of the ticket for the Republican party. I will support the nominee, but at this point I think it’s wide open for us to make those decisions early,” Chavez-DeRemer said.

This might as well come from a GOP talking point 3-5 card because it is pretty much word for word what other Republicans are saying when asked the same question.

After reading the article I watched the video on the website to try to be fair in my judgment that the interviewer was, to put it mildly, utterly horrible and an example of the kind of softball interview that would get a student fired from a college newspaper.

This interview by Ken Bodie, a local TV station morning anchor, was published and aired on Dec. 3rd. Online it was updated on Dec. 4th. I think it came after Trump's appearance with Ye and Fuentes and possibly before his "suspend the Constitution" post. She should have been asked about her opinions about these if either had already occurred.

This is what Jennifer Rubin wrote in The Washington Post (summarized here on RawStory):

"It should not be too much to ask that serious media outlets label the GOP accurately as a threat to constitutional government and to democracy," she added, "No member of the media should allow Republican candidates, officeholders or operatives to escape an interview without declaring whether they would support for president a self-described opponent of the Constitution."

Here's a comment similar to what Chavez-DeRemer said from this ABC News article:

Republican Ohio Rep. Dave Joyce said Sunday that he didn't want to be drawn into commenting on Donald Trump's recent call to suspend the Constitution over baseless claims of 2020 election fraud.

Joyce, the chair of the Republican Governance Group, a centrist group in the House, was asked by ABC "This Week" anchor George Stephanopoulos to respond to Trump's post on Saturday on his Truth Social platform. The former president wrongly asserted that the "massive fraud" -- which did not occur -- "allows for the termination of all rules, regulations, and articles, even those found in the Constitution."

Joyce initially declined to respond, saying he didn't know what Trump said on social media and that the public wasn't "interested in looking backwards." But Stephanopoulos pressed further, and Joyce ultimately said that Trump's comment should be taken "in context" but that it wouldn't prevent him from supporting Trump if he ends up winning the nomination.

Addendum: This would be my version of this article. 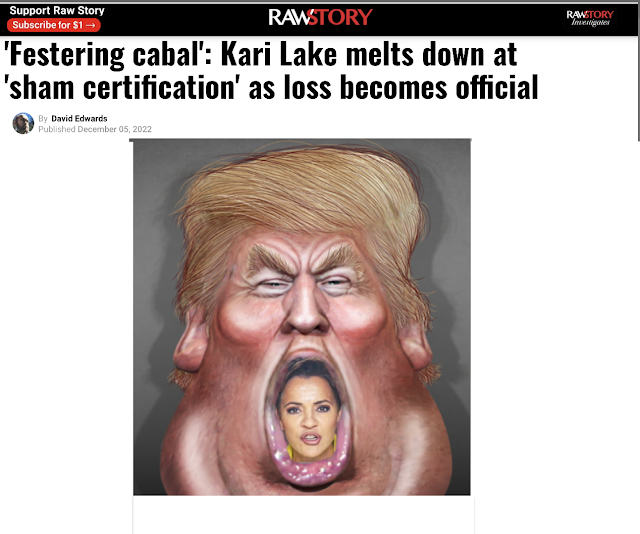