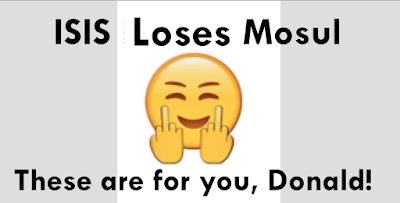 We know it is Trump’s wish that he can claim that an ISIS victory in Mosul is Obama and Hilary’s fault. I’ve concluded that there are no depths to which Trump won’t go to express his narcissistic rage as he anticipates the idea of losing.
From the way the battle to re-take ISIS is going I think there’s a good change that either it will be clear ISIS is losing badly, or they have already lost before the election.
The shameless Trump Tweet (right) is beyond the pale in so many ways.
It could be argued that this is the most egregious example of Trump’s narcissistic  rage.
The garden variety narcissist expresses the rage that follows narcissistic injury which is defined as a major blow to their grandiose self-image. At the worst they may lash out like a cornered wounded animal.
Trump’s Tweet is historic. It is probably the only example of a presidential candidate rooting for the enemy.
I wrote about the topic of Trump’s narcotic rage a month ago speculating about what would happen with Trump when it became clear he was losing, or actually did lose.
I wrote……”we need to understand narcissistic injury and narcissistic rage. We must understand what happens when circumstances drive extreme narcissists into a state of rage, and consider what might happen when one has the power to influence and persuade a significant portion of the population to act out.” 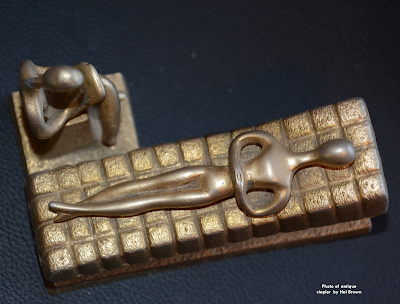 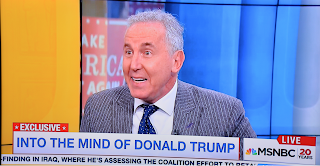