Monday, Oct. 10, 2016
Go back one page
On Rachel tonight:
Word of the night “how skeevy do the reports on Trump have to get? 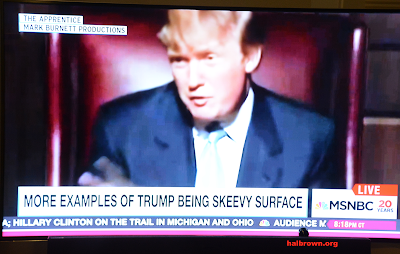