All my Daily Kos diaries
Thurs. Sept. 22, 2016
How anxious or depressed are you over the prospect of Trump winning? Comment here.

Thanks to Daily Kos’ Hunter “Donald Trump: there’s a lack of spirit between the white the black.”  I couldn’t figure out what he meant by “spirit” until I realized he was referring to what he observes in his rally crowds. That’s when I thought of making the pic-toon below.


“It just seems that there’s a lack of spirit between the white and the black,” Trump said Thursday during a phone interview with “Fox and Friends.” “I mean, it’s a terrible thing that we’re witnessing. You’re seeing it. I'm seeing it, and you look at what went on last night in Charlotte — a great place — and you just see it.”

While I for one am doubtful of any conversation on race relations that begins and ends on Fox & Friends, let's see where this goes. All right, Donald, how do you propose we resolve this lack of spirit between the white and the black. 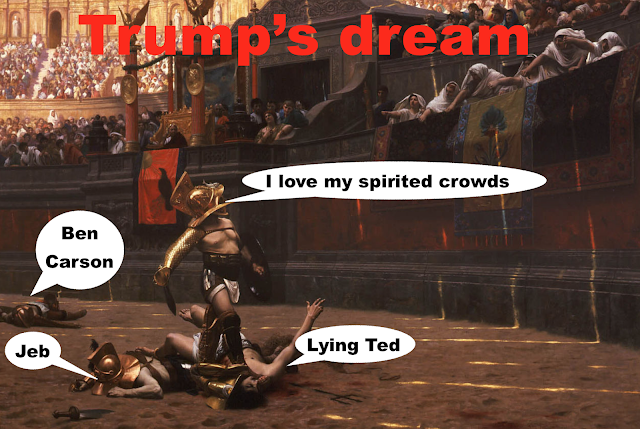 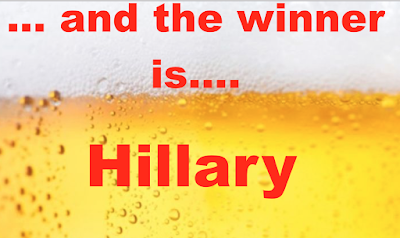 The results of the latest poll aren’t as big news as the breakdown. The numbers for now look good, but we all know how polls fluctuate.

This is more important:

Fifty percent of Clinton supporters say they are voting affirmatively for Clinton, while 44 percent say they are backing her out of opposition to Trump.

In contrast, 51 percent of Trump's backers say their vote is primarily out of opposition to Clinton.

Many of those who say they are backing Trump out of opposition to Clinton have a visceral dislike for her. It isn’t only the emails, they’d dislike her no matter what. Part of it is that she’s a woman who wants to assume a position they believe is only worthy of a man. Both men and women feel this both for overlapping and for distinct reasons. I won’t get into how women can be as misogynistic in their own way as men.

Here’s what’s important. Some of these voters dislike Trump too, and I believe just find Clinton off-putting because she can come across as medium cool (to take a phrase from the movie) and humorless. They don’t find her relatable, not they they find Trump more relatable. But they have a different standard for Trump because he’s a man.

They’d sit at a bar and (if he drank) have a beer with him, but never invite him to their table. They might say later “what an asshole that guy was."

We know that when Clinton shows her serious side it isn’t possible for her to be warm and fuzzy at the same time. Men can be serious and talk about serious issues and nobody cares that they furrow their brows. Hillary Clinton talks about grave matters and there are those who aren’t comfortable with her because, again, she’s a woman. It is entrenched sexism at play.

My thesis is that there are some who are open to abandoning Donald Trump, perhaps not many, but a significant enough number to add up to a landslide for Hillary Clinton. I suggest that there are more voters willing to change in the Trump camp than in the Clinton camp.

This is because Trump is a foul potion to all those who aren't disciples. These are voters who would never want their daughters to marry someone like him. These people are mostly Republicans who wish they could have been able to support one of the other 16 Republicans from the primary, and would have voted for a Democrat like Bernie but for their negative feelings for Hillary Clinton.

The 44% of Hillary voters who say they are voting for her because of opposition to Trump are sometimes called the nose-holders (a horrible term), though that’s not fair to people who just disagree with lots of her policies but know Trump would be a disaster. Count George H. W. Bush among them. Some of them are the more avid of the Bernie supporters. All in all, this is a solid group and no changes in Trump’s behavior will sway them. They are, even with reservations, all in for Clinton

This next part is crucial.

The thankfully larger group of 51% of Trump backers who say they are voting for her in opposition to Clinton I see as being willing to change their minds between now and the election.

There are things Clinton can’t control, like terrorist attacks which Trump has and will exploit. No doubt he is hoping there’s an attack in the United States attributable to an immigrant. This would hurt Clinton. There’s nothing Clinton can do to prevent this although she needs to have her response ready.

However there are things Clinton can control to lure away Trump voters who up until now are supporting him out of opposition to her.

The easiest is advertising. So far her ads have been good. She can make sure she has a balance between ads exploiting Trump’s unfitness for the presidency, and focusing on herself in two ways. One is easy, highlighting resume, because it is extraordinary. She must remind people that she has been engaged in the noble profession of public service since she was a young adult, and will be the most experienced president to assume office in history.

The harder one for the ads is to show her as warm and funny and relatable without the ad coming across as too slick, too saccharine. It can be done.

Next is her public appearances. She has proven to be really good at handling these but still needs to make sure she strikes the balance between seriousness and smiles. Clinton has a great genuine laugh, and I think is really relatable when she shows this side of herself. If she throws in a one-liner jab at Trump it has to be really, really good.

Trump’s teleprompter public appearances are snoozers. His ranting doesn’t gain him any new voters and puts him at risk of losing voters who finally admit to themselves he doesn’t have the the,percent to be president. As far as making himself more relatable, Trump only has a self-satisfied smirk. Combine that with how he always claps his hand for himself — I mean — who does that (except a germaphobe like Trump who is only comfortable touching himself and curvaceous women)?

Finally, the debates. Politico had a good article about what debate strategy would be best for Clinton. They suggested that the best advice would be to let Trump screw up. Here are some quotes:


It's a risk to follow the Politico advice, but Trump is a proven counter-attacker, so the rope-a-dope may be the best strategy. He comes across as almost somnolent when reading the teleprompter. He seems to be boring himself. I think he's addicted (literally) to the rush he gets by going off script into his usual venomous rants. The question is whether or not he can control the rants and come across as "presidential." Hillary has 90 minutes, so halfway through if Trump seems to be winning she can move into a plan B which would involve attacks calculated to provoke him to lash out at her in characteristic fashion and show his unhinged and nasty temperament.

Another unknown and unknowable is what egregious Trump pronouncement or revelation, or combination of the two will catch fire with the public and burn his hairy orange ass. The list of outrages that would derail any other candidate is historic. However you never know which revelation, or what new utterance, will be his undoing.

This election is such a shitstorm, with so much at stake, that it is a shame that in our culture so many people vote for the candidate they could see having a beer with. Unless you’re a glutton for punishment and want to listen to someone who doesn’t give a crap about you while they brag about themselves, Hillary Clinton is without a doubt the only beer-worthy candidate.

P.S. The pic-toon below may actually represent what Trump is thinking…. 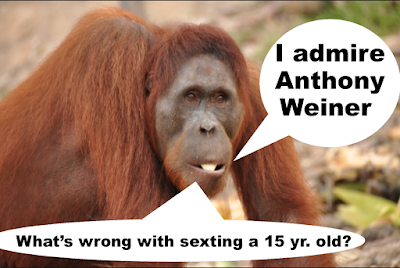 Posted by Hal Brown at 3:28:00 PM
Email ThisBlogThis!Share to TwitterShare to FacebookShare to Pinterest