I began this website with the free URL from the host, and posted photos like these (below). Then I decided to start an actual blog with content so decided to shell out the $8 annual fee to buy a website name.

All the clever URL’s I could think of were already being used or were for sale at higher prices by re-sellers. One well-known man has made a fair amount of money because he bought tens of thousands of web names and now sells them for far more than he paid.  No doubt people have guessed who will run for president in 2020 on the Republican ticket and have bought up all the likely names, and hope to wait 2 ½ years and sell them for thousands of dollars.

You’d be surprised how many of the names you think are oh-so clever have been grabbed up. Even nonsensical names have been used. When you see a movie ever notice that names they come up for their production companies like "ducks wearing sneakers productions." I wonder if David Letterman started this with his “Worldwide Pants” name for his production company.

Back to why I ended up as a dot org. I decided that since I couldn't come up with an easy to remember and clever name, that wasn’t taken, I might as well us my own name. However, halbrown.com was taken. That left me to choose between the two other upper level domain names.

I figured I’m not an organization and not a network, but I still had to choose. Network suggested my site was part of a network. That left me with being an organization of one. So there you have it.

While I can't say today was a respite from a harsh winter (considering the blizzard blanketing the northeast); the springlike weather was a welcome chance to take Mac and Duff (my Westies) for a walk around the Willamette View campus.

Here are some photos. 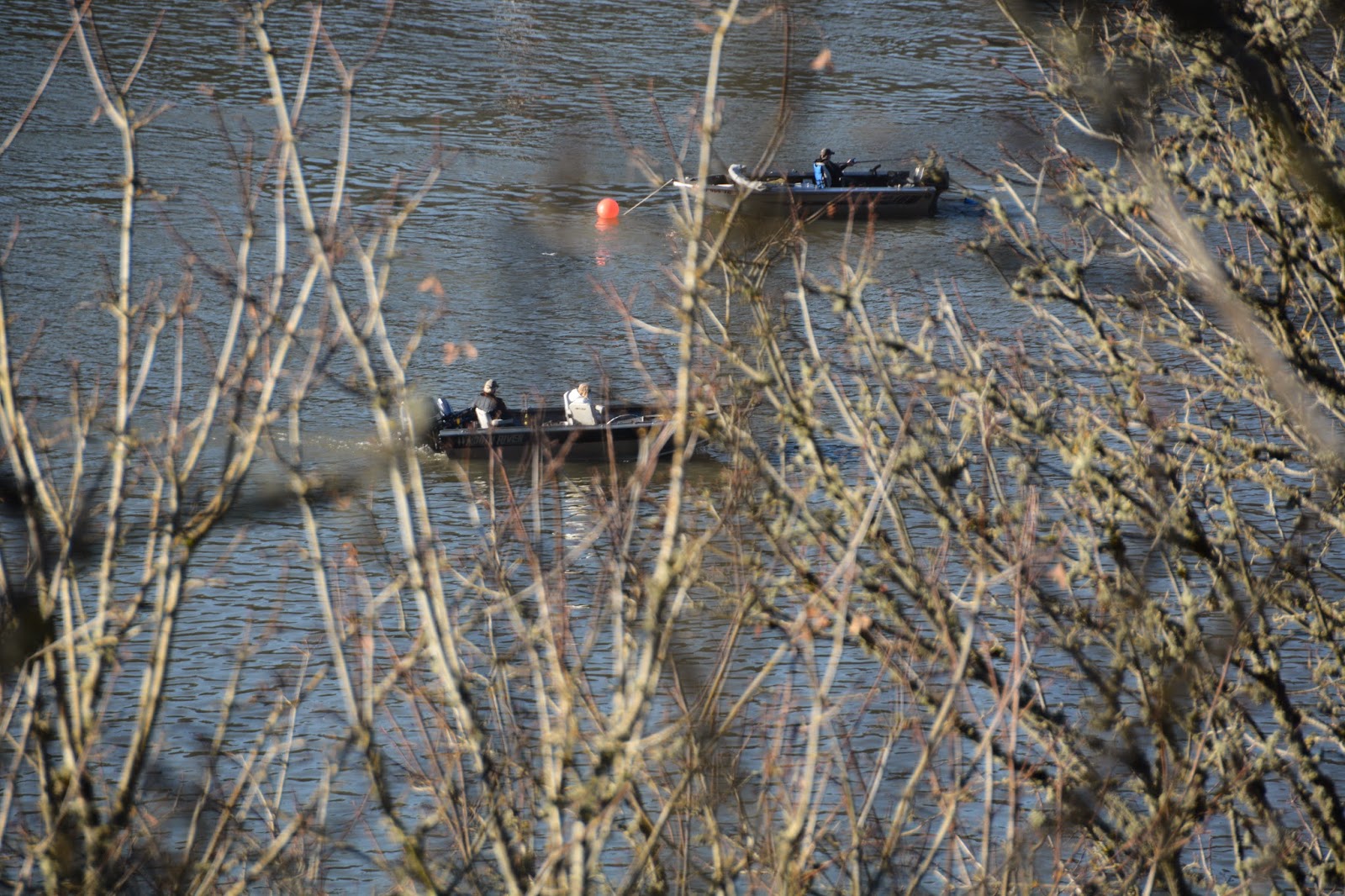 Below: An early start on renewing the River Walk path where the trees were cut down. 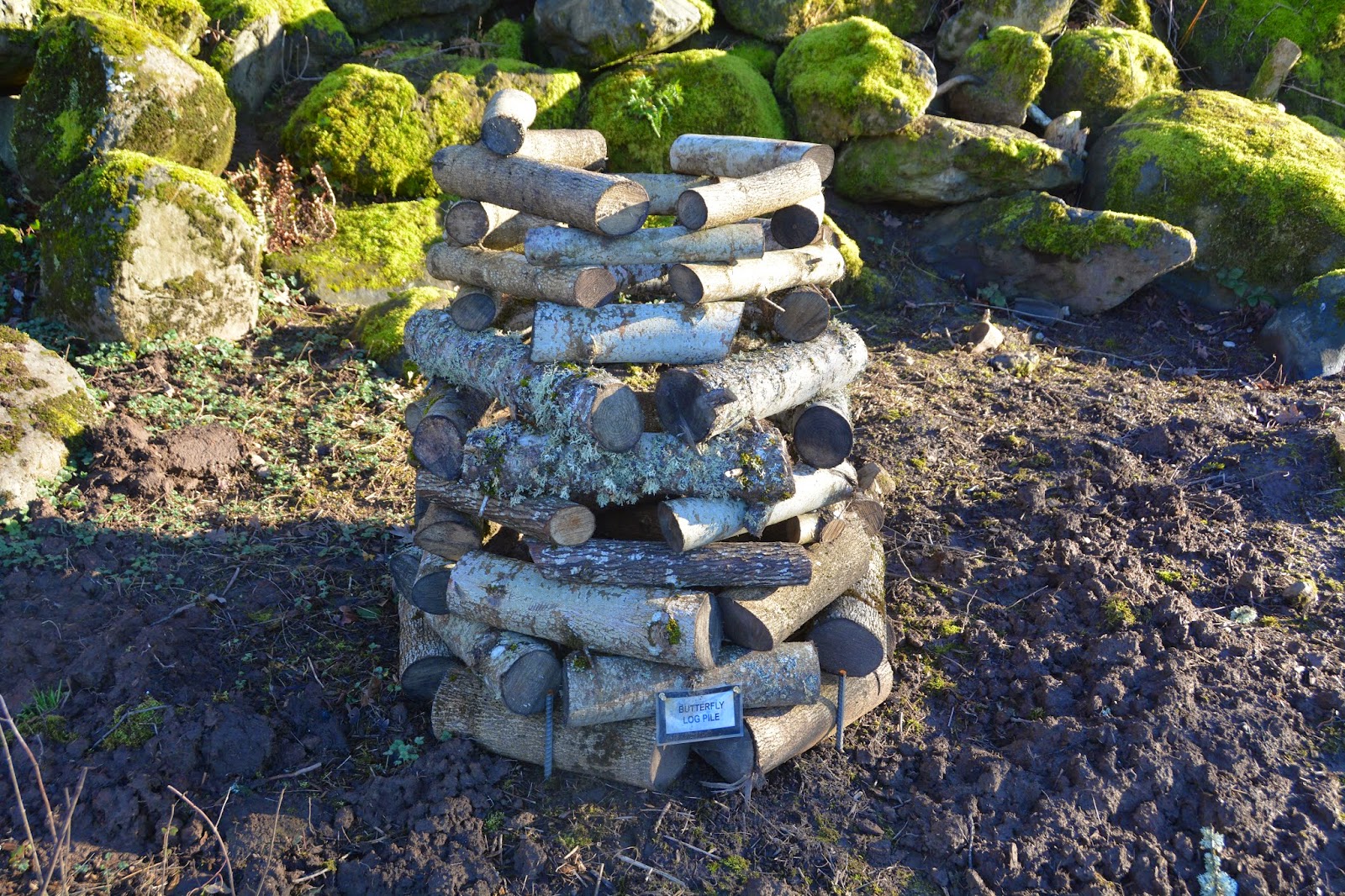 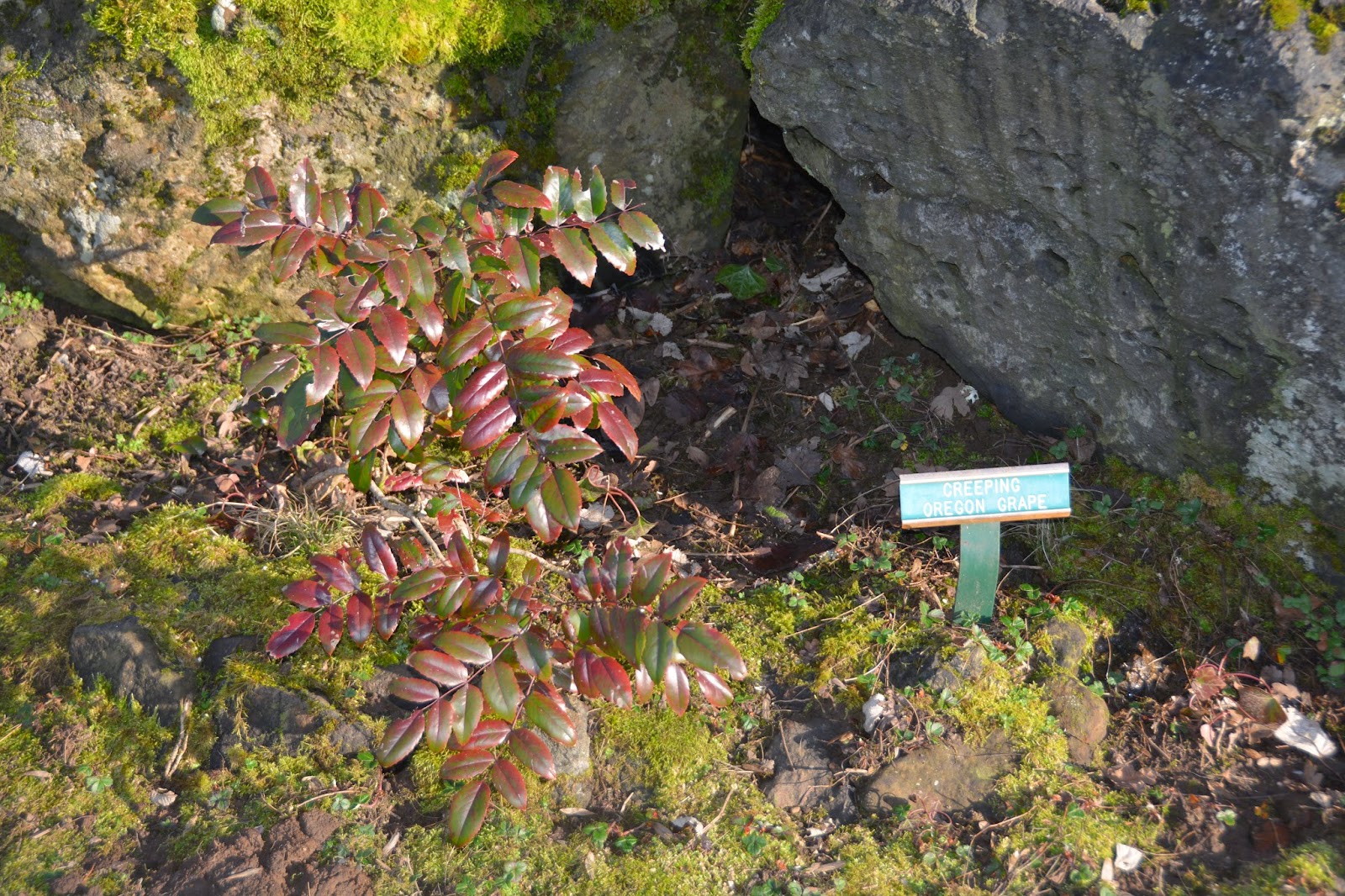 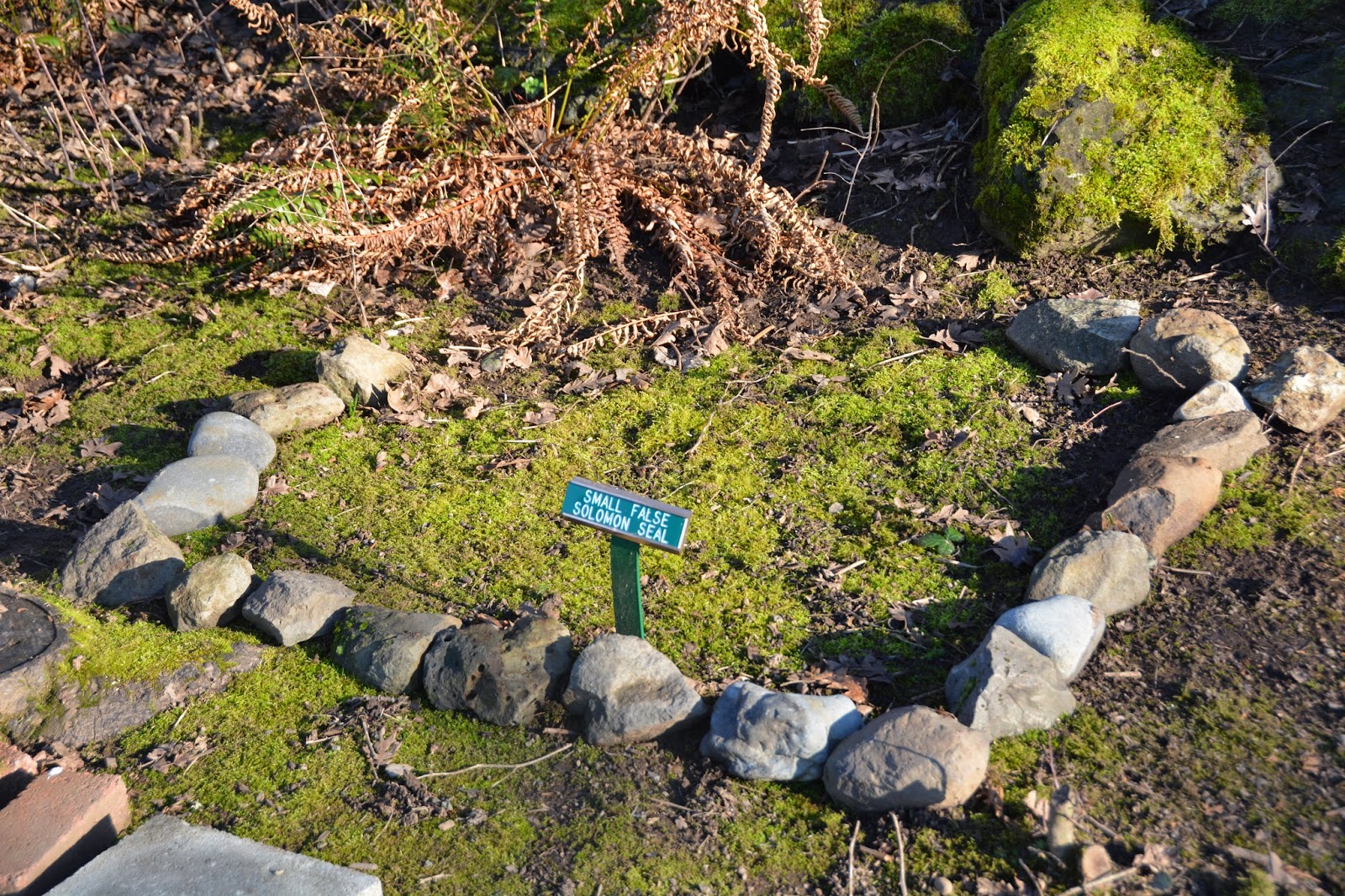 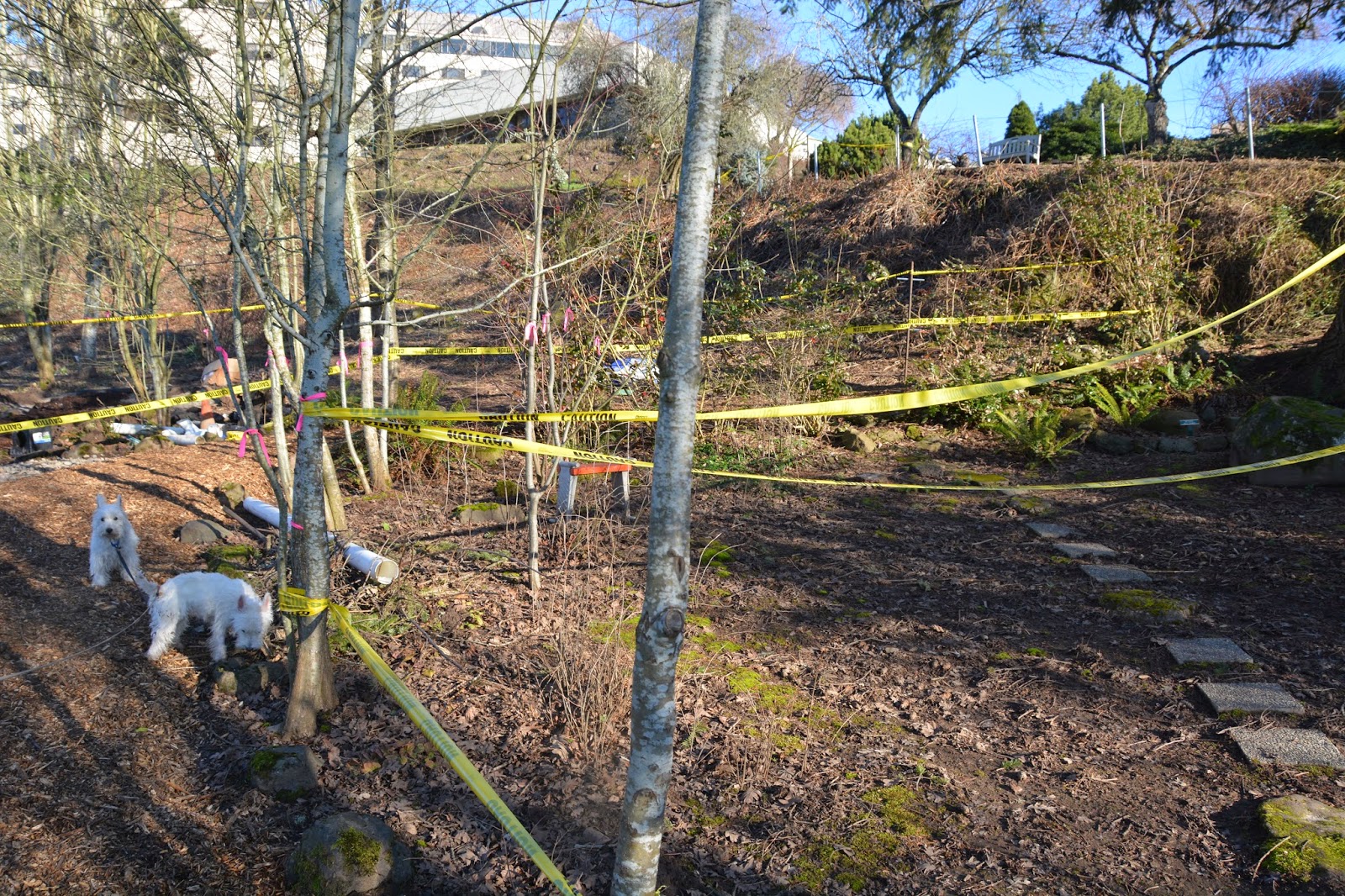 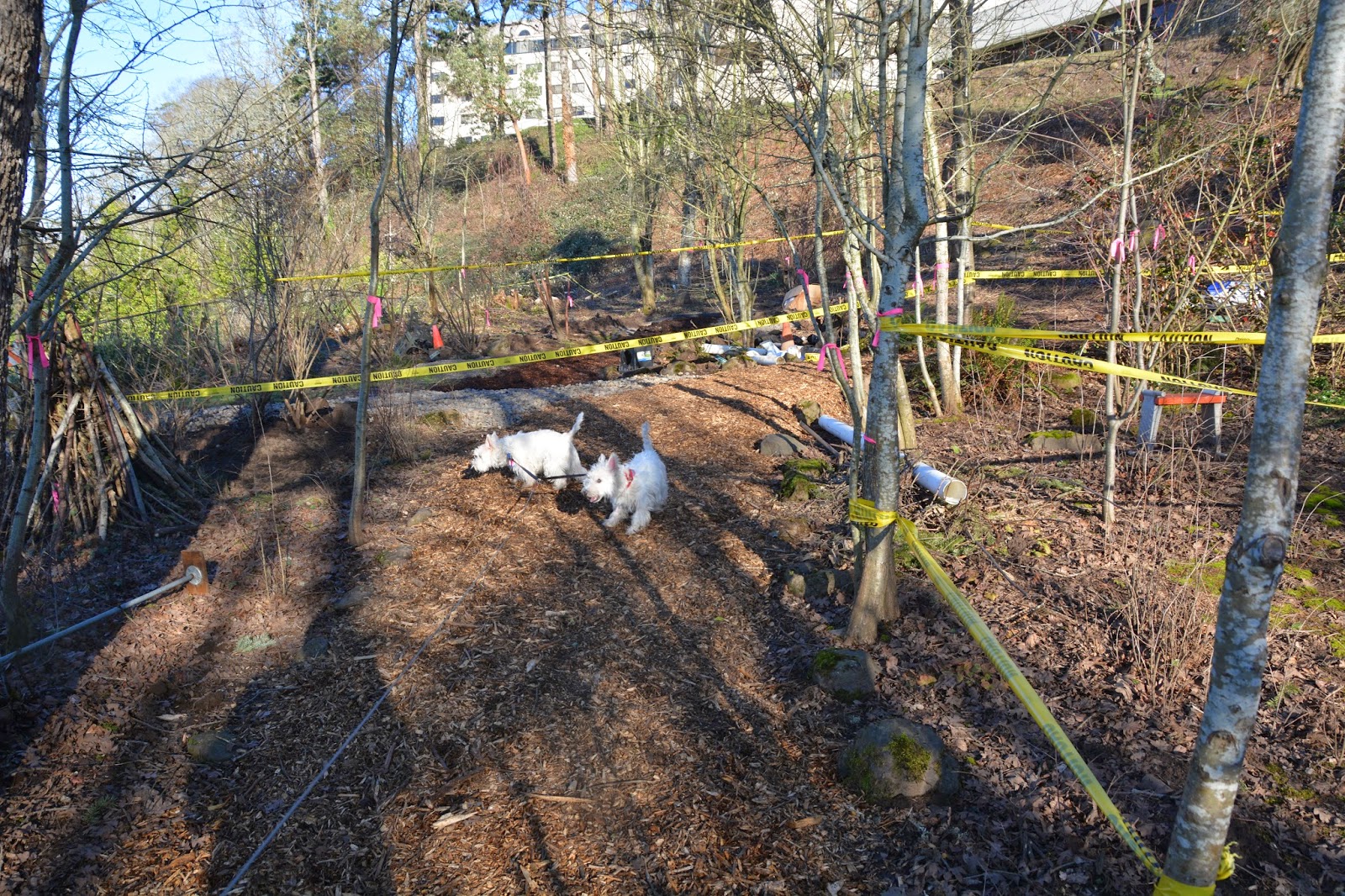 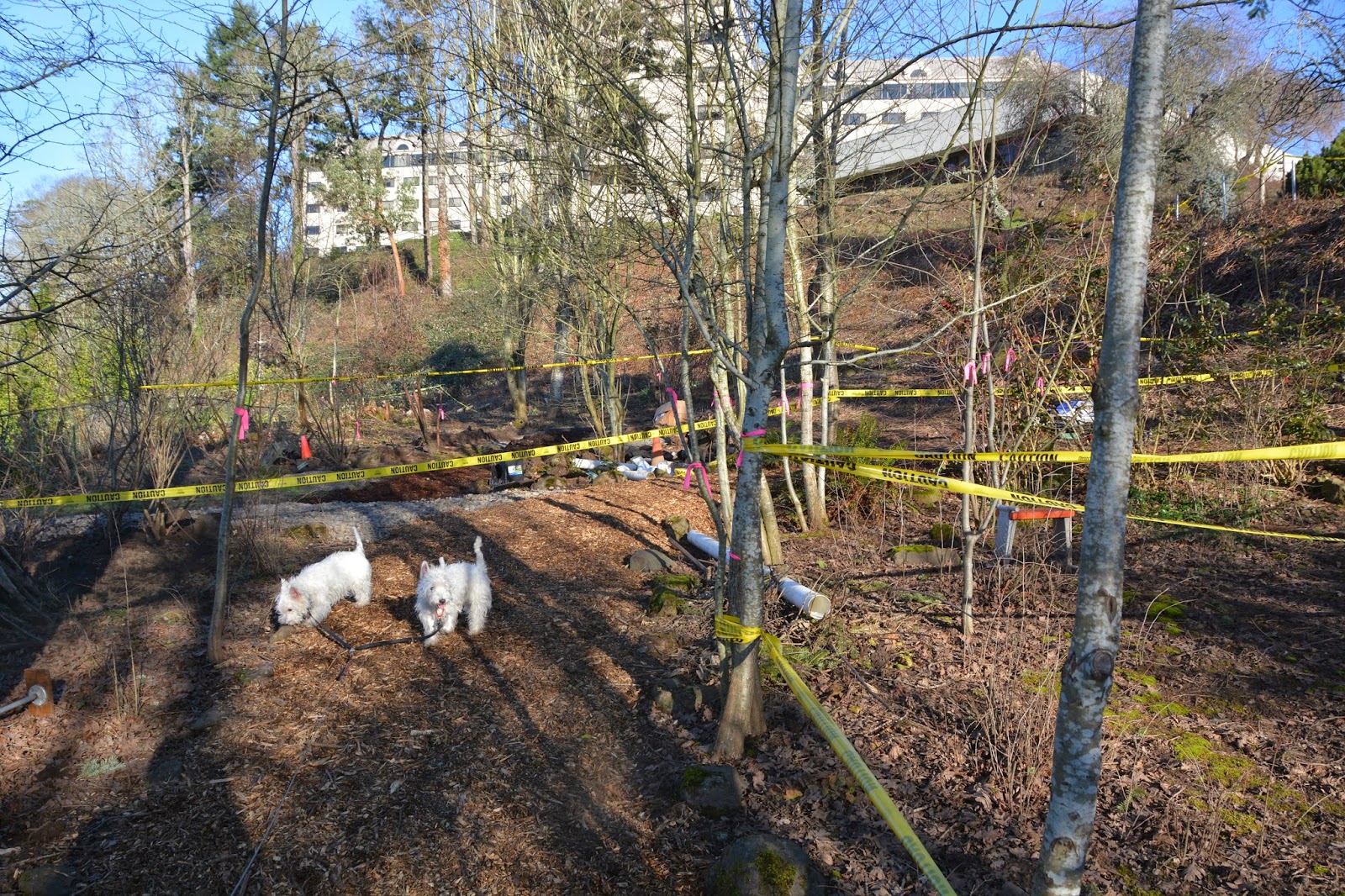 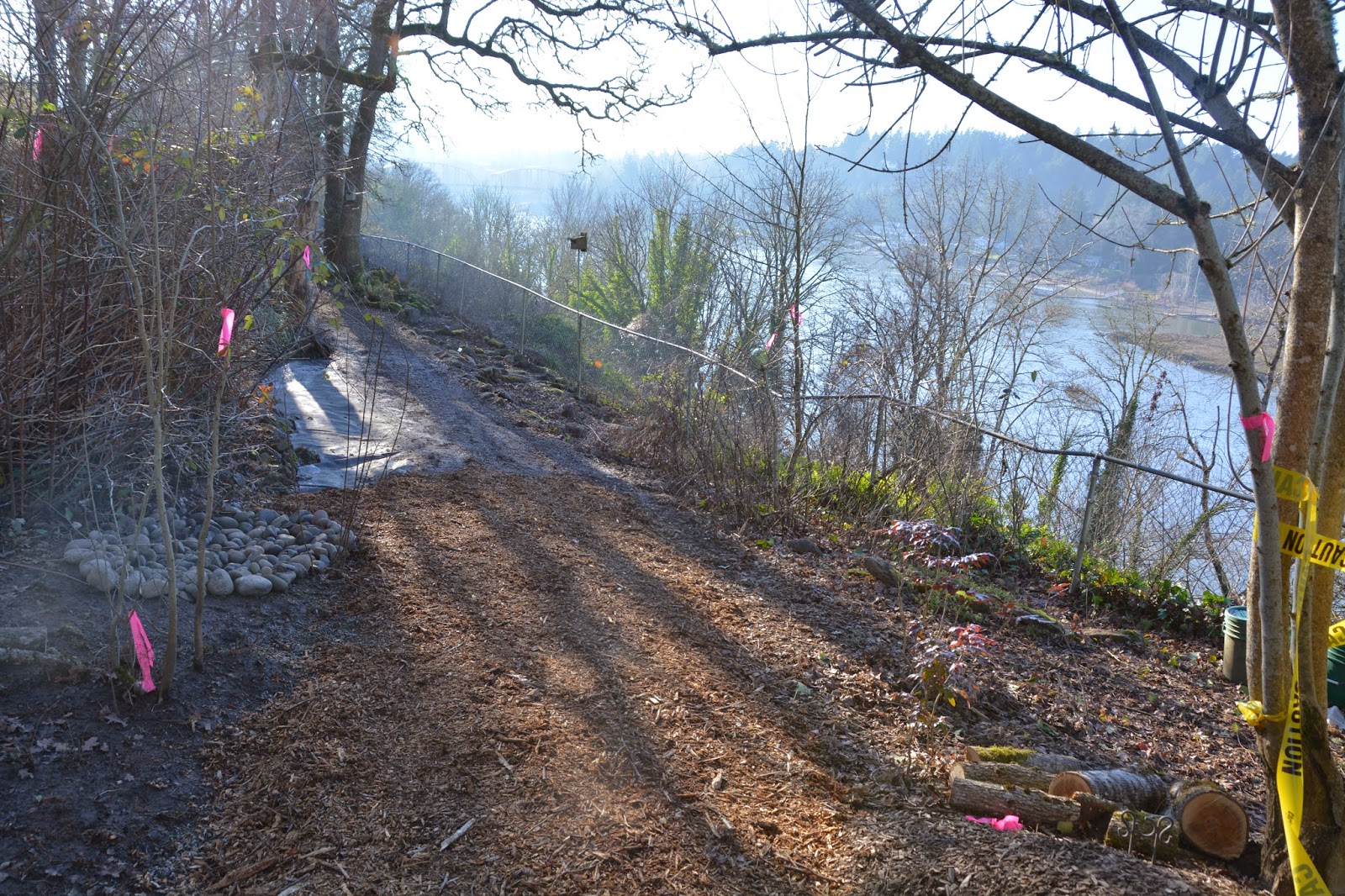 Below: You can see where the goats did their handiwork. 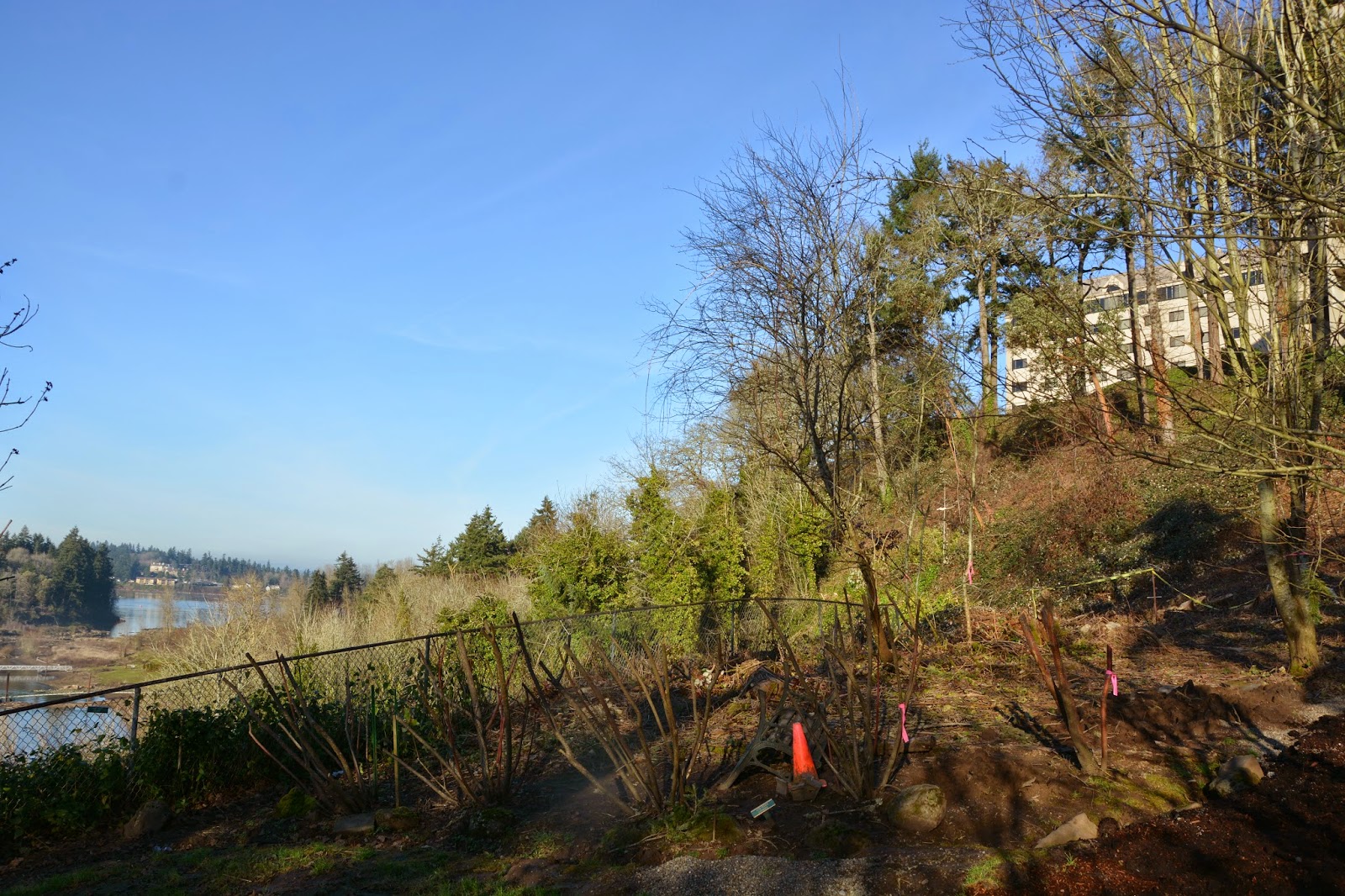 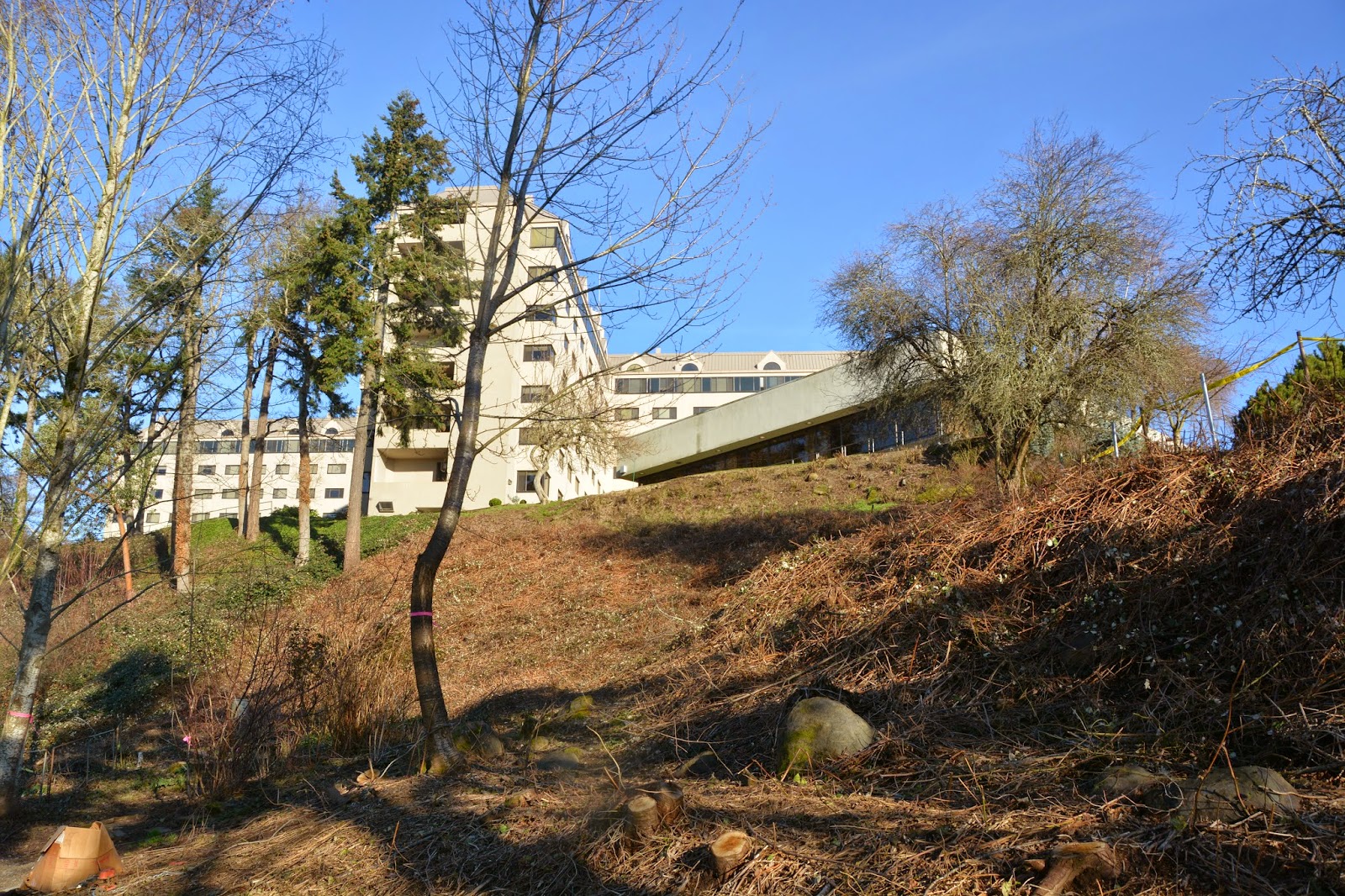 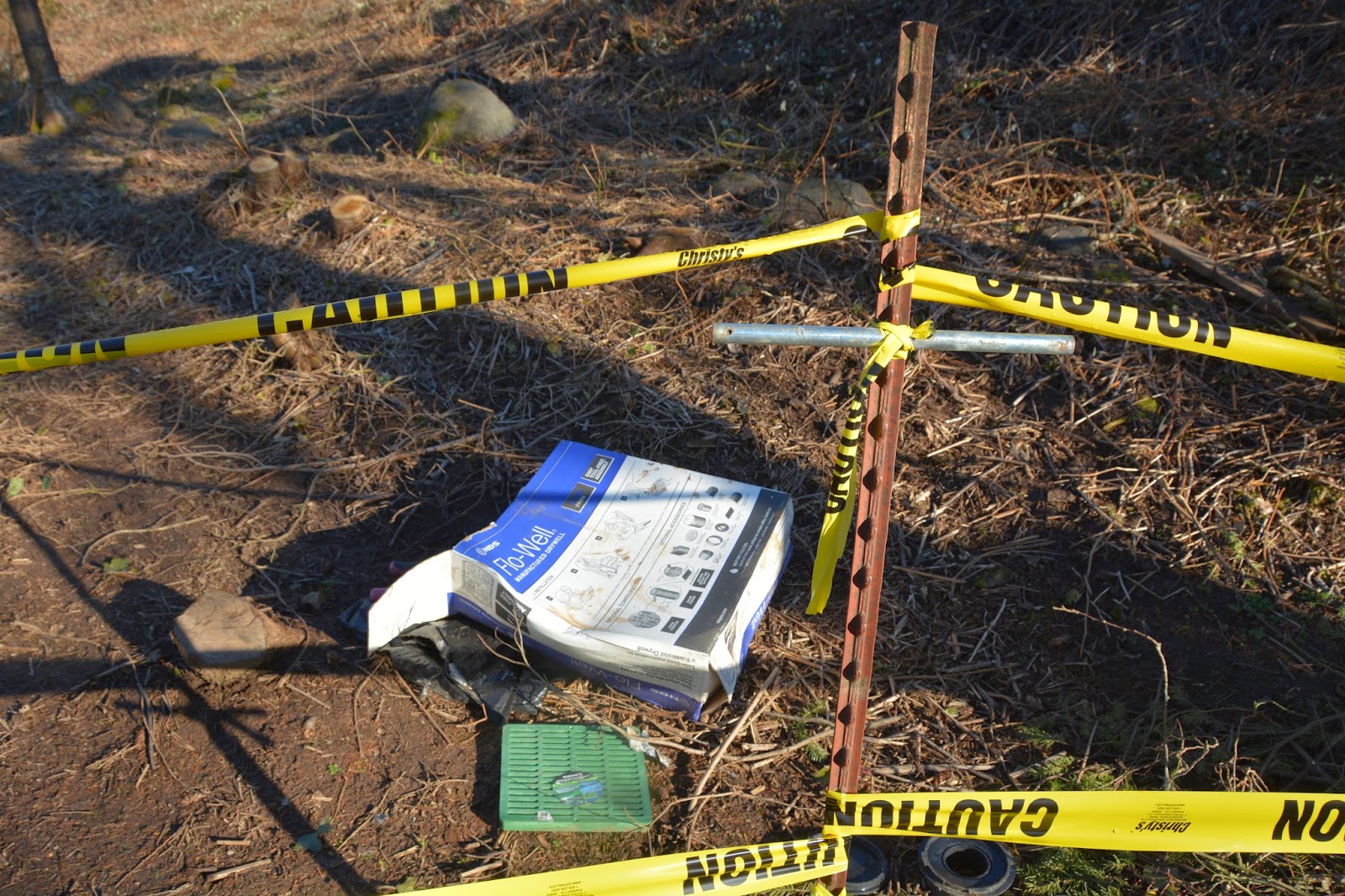 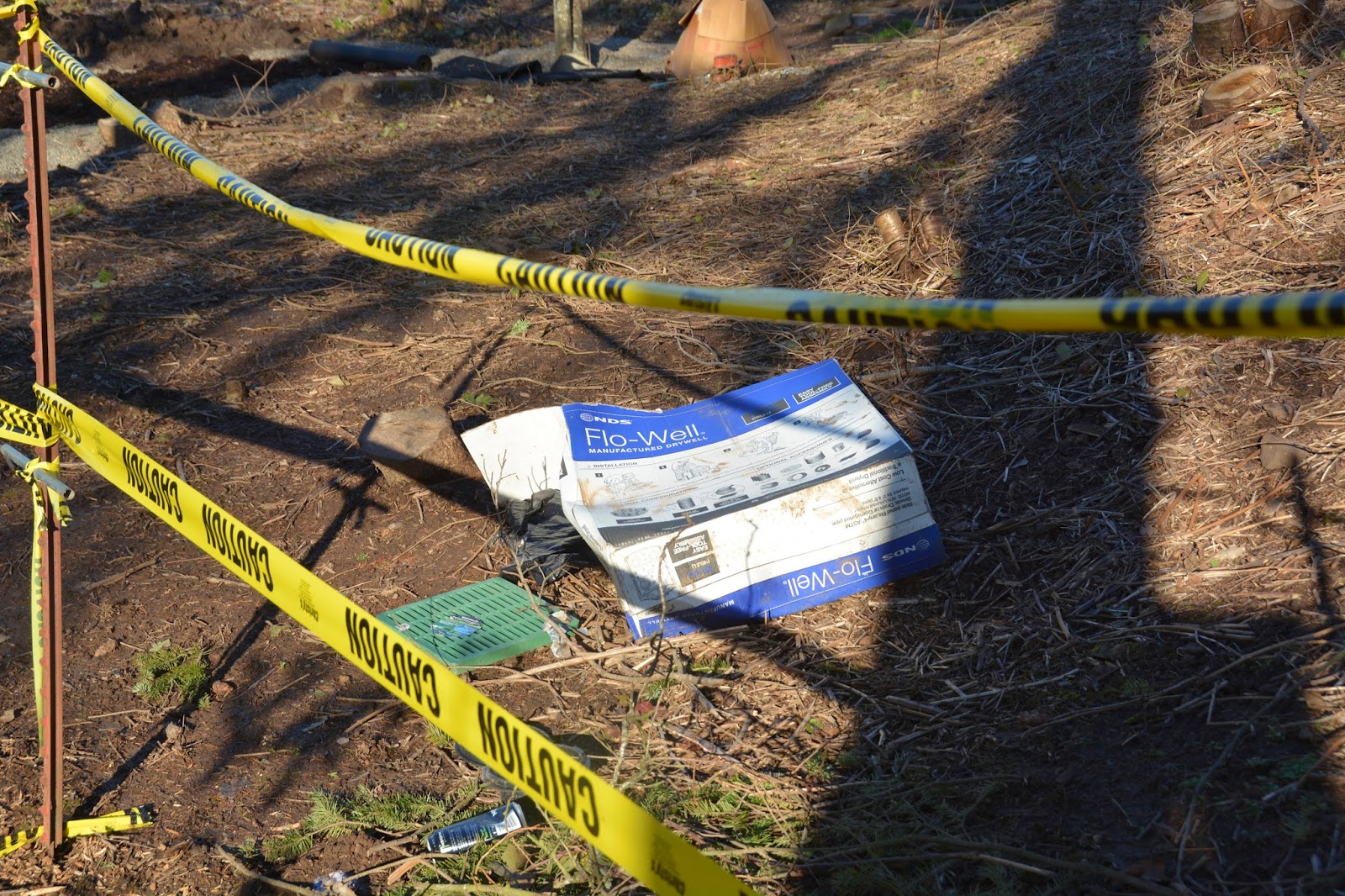 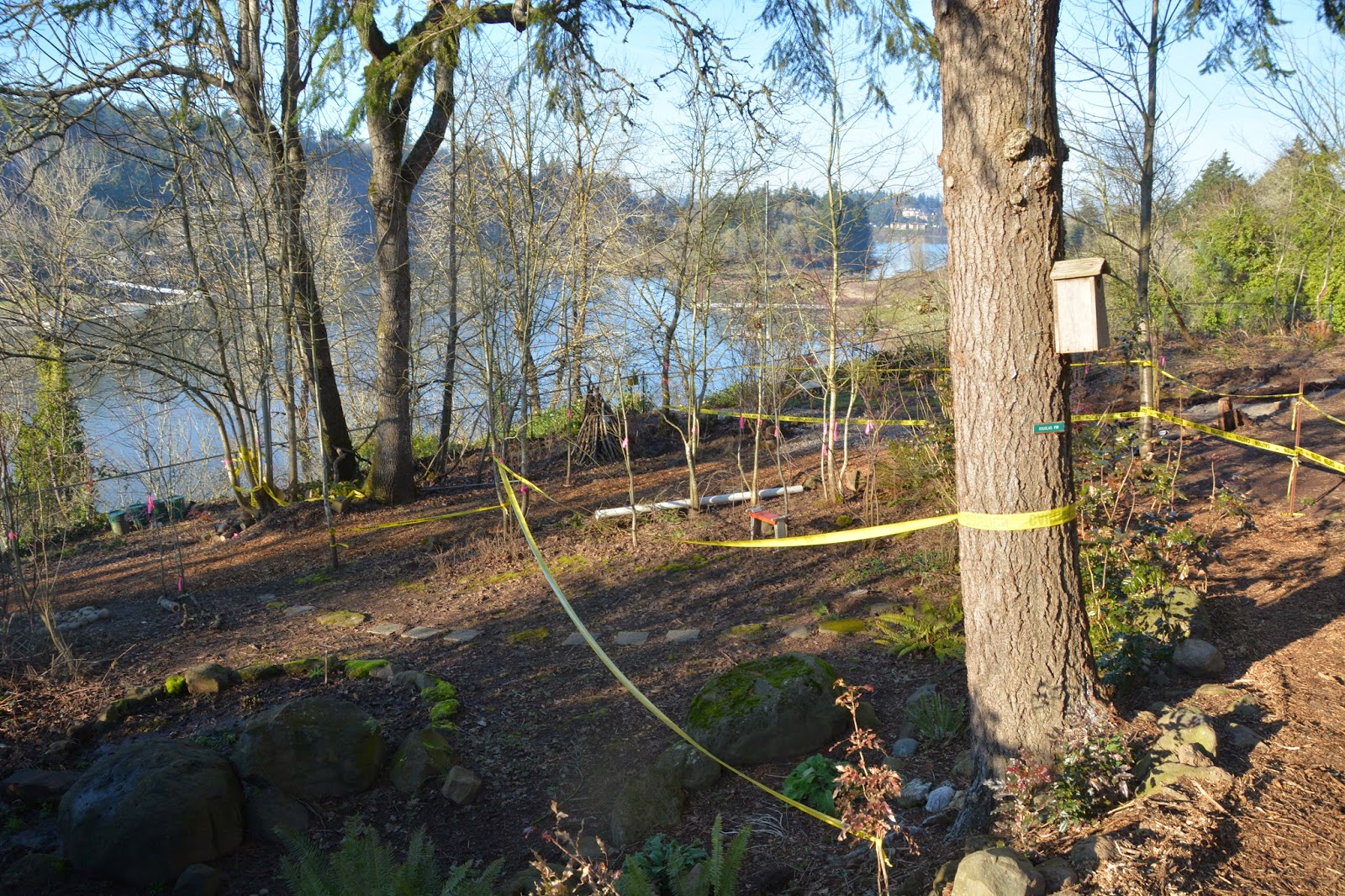 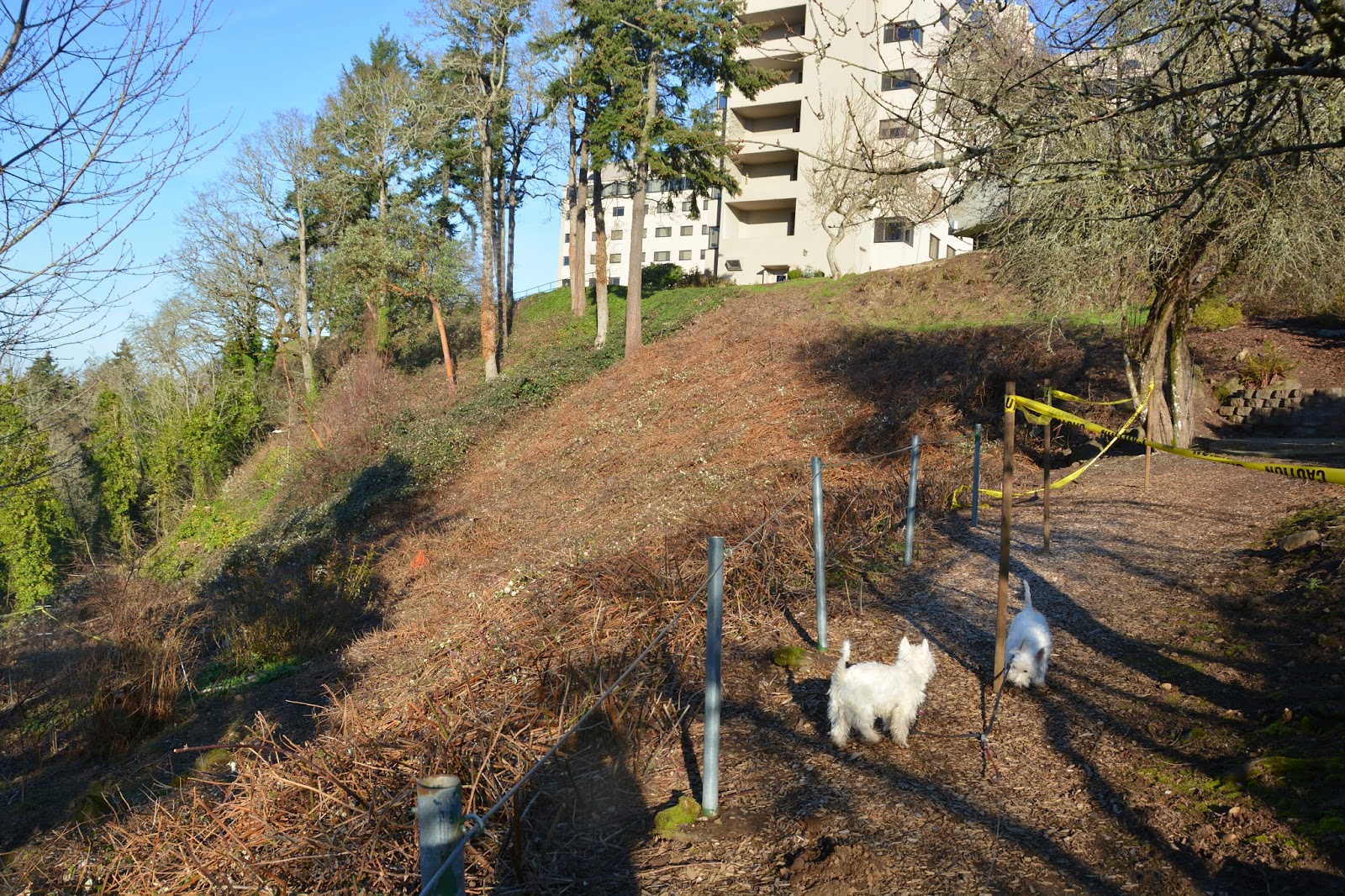 Duff: "Where are the goats?" 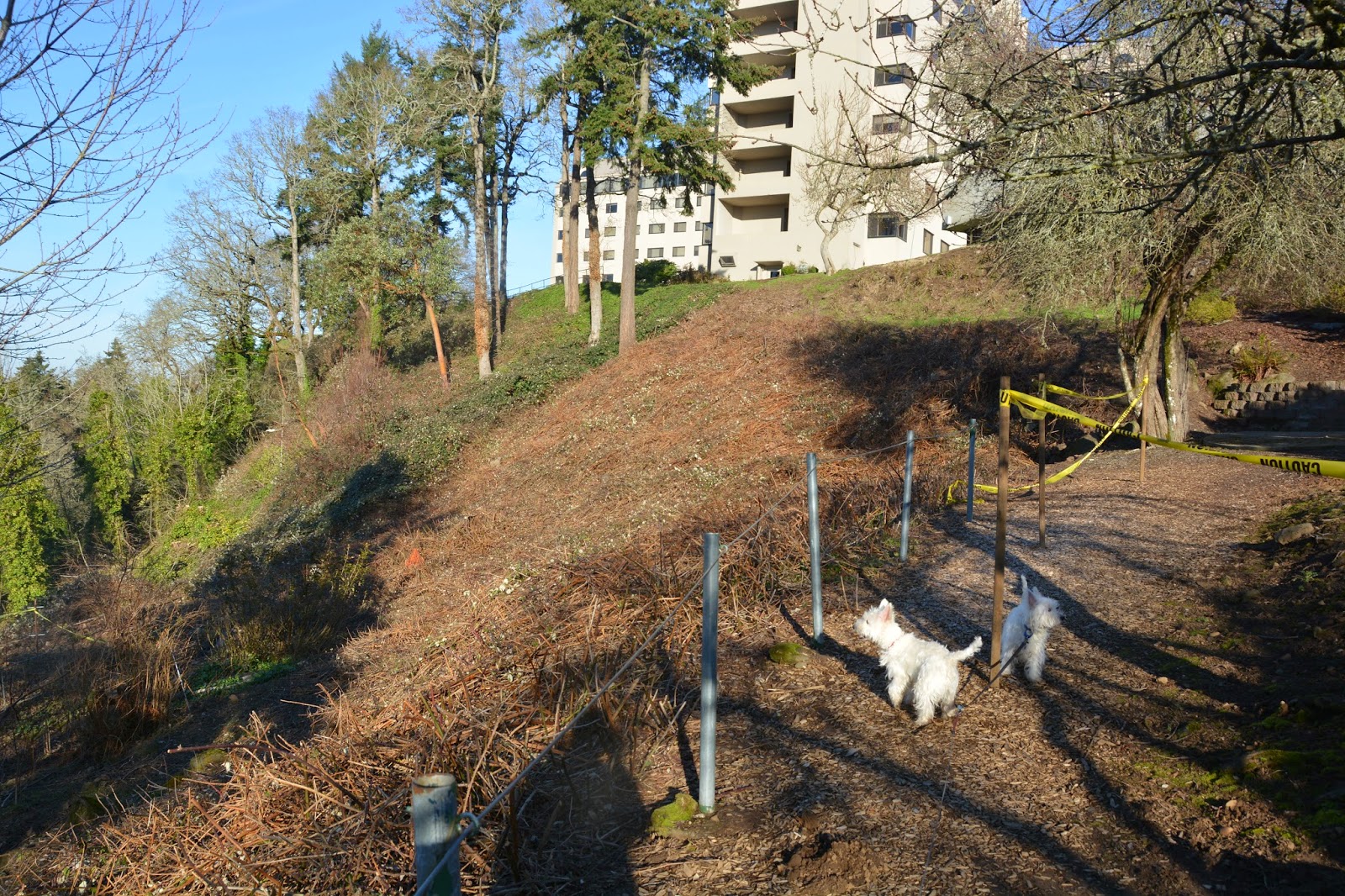 Mac: "Maybe they went that away." 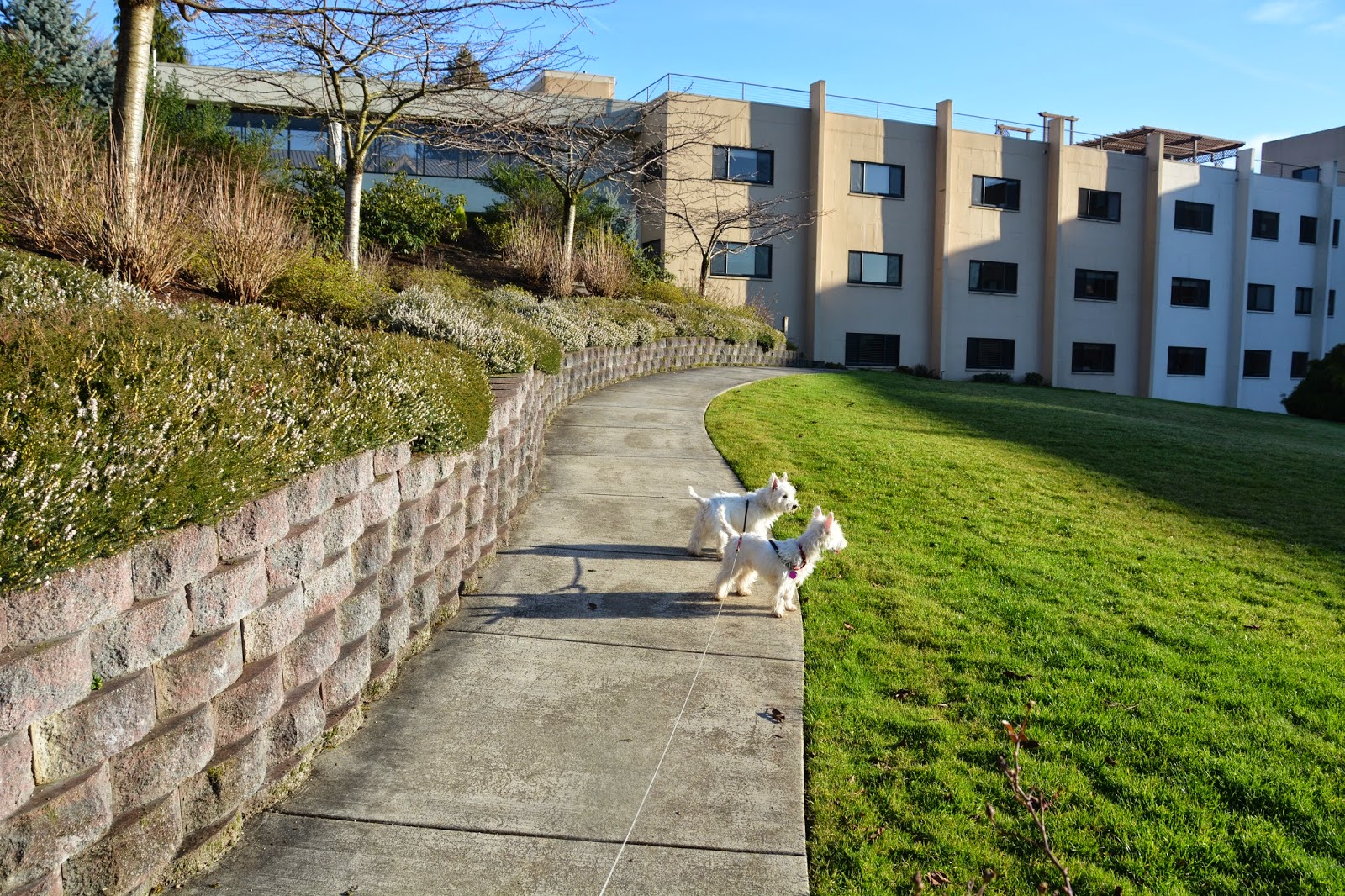 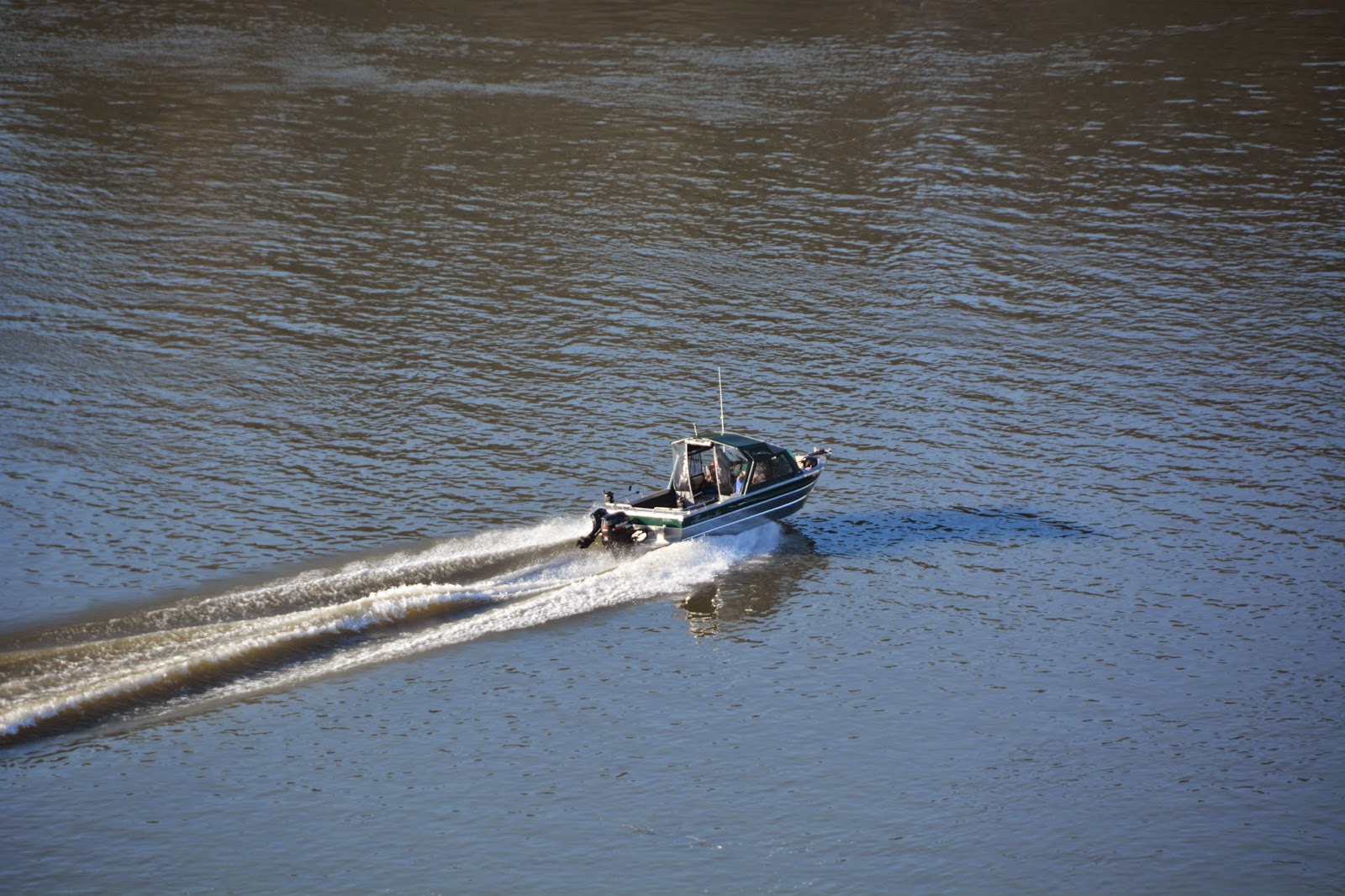 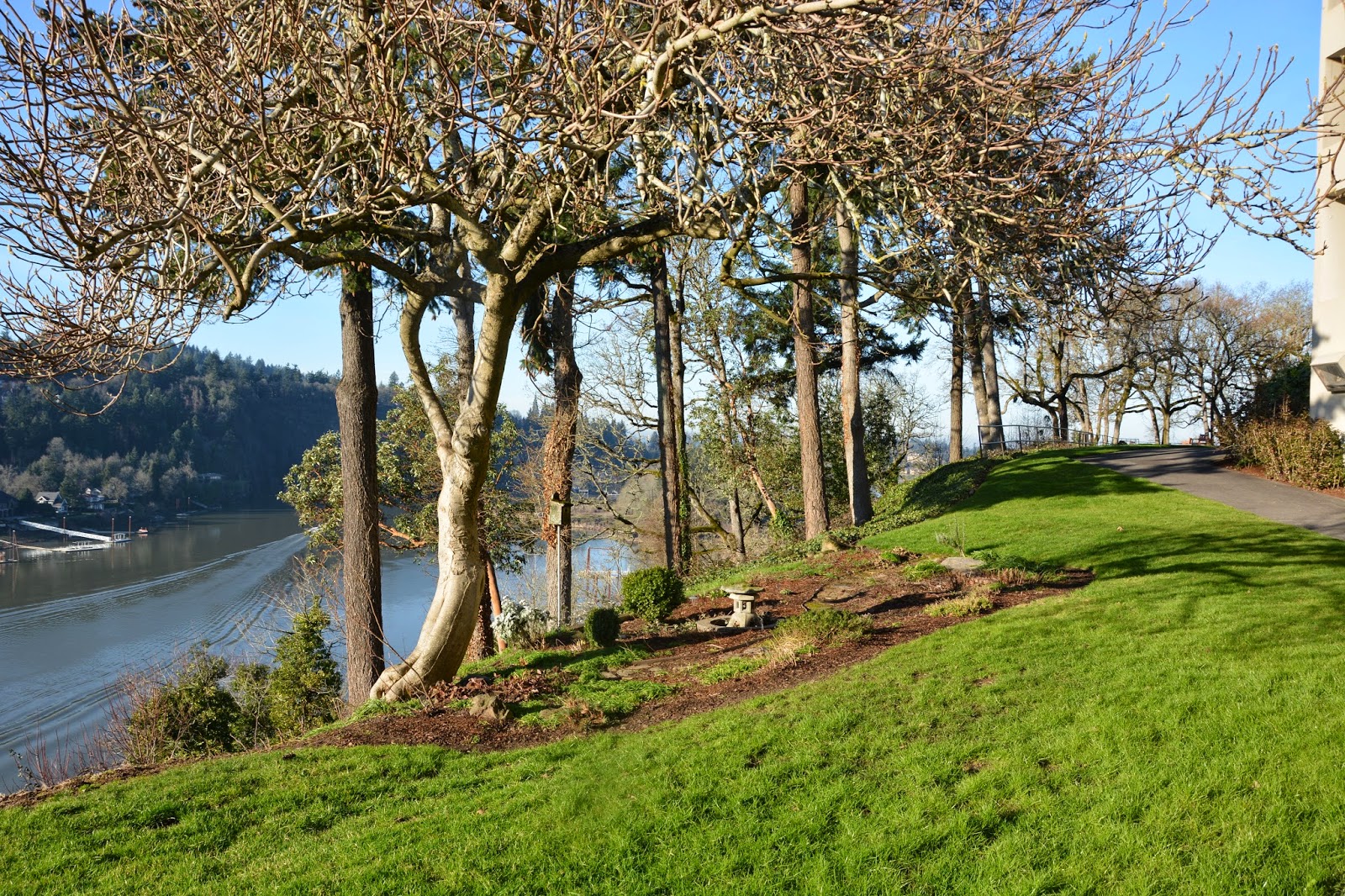 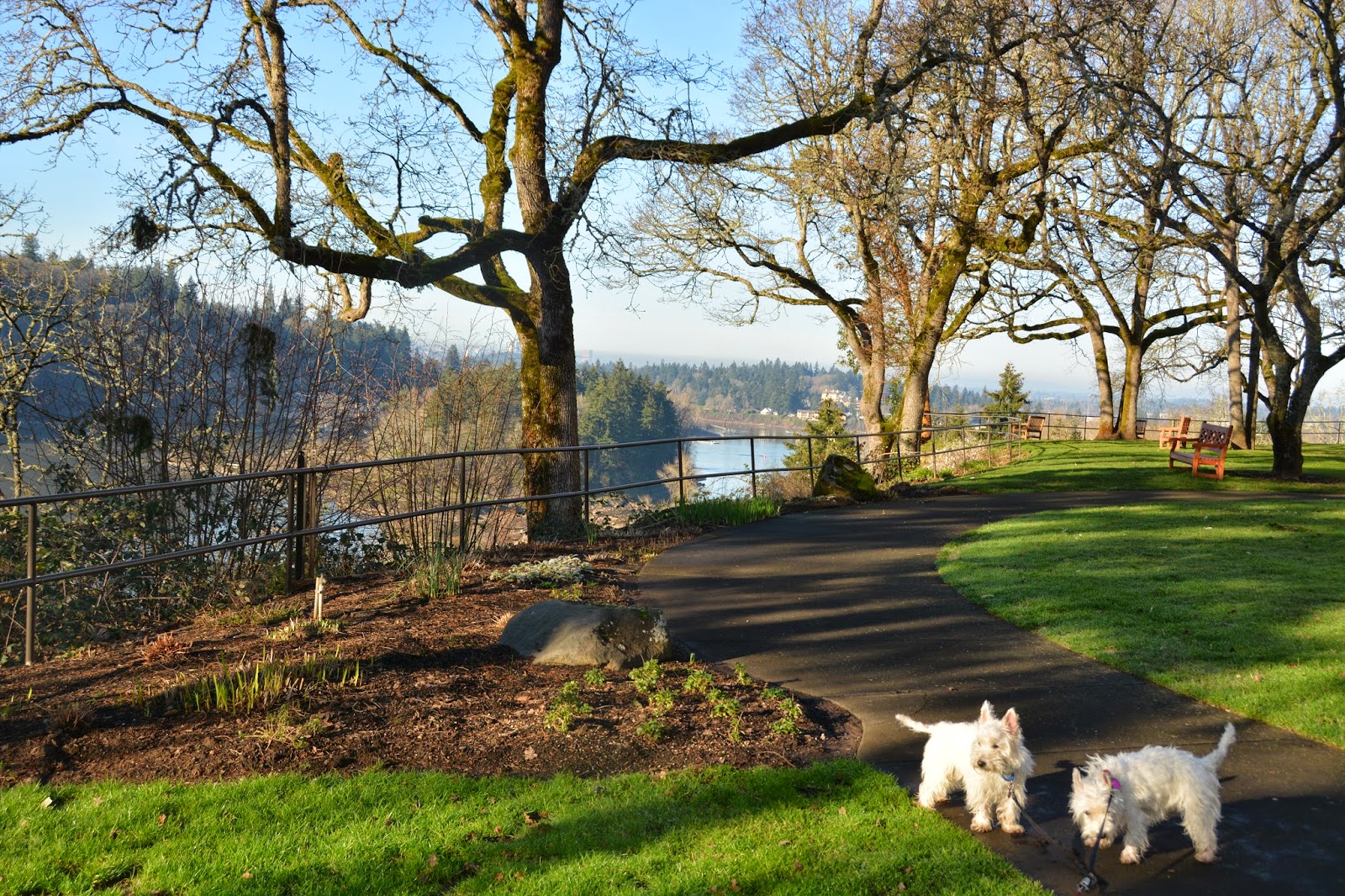 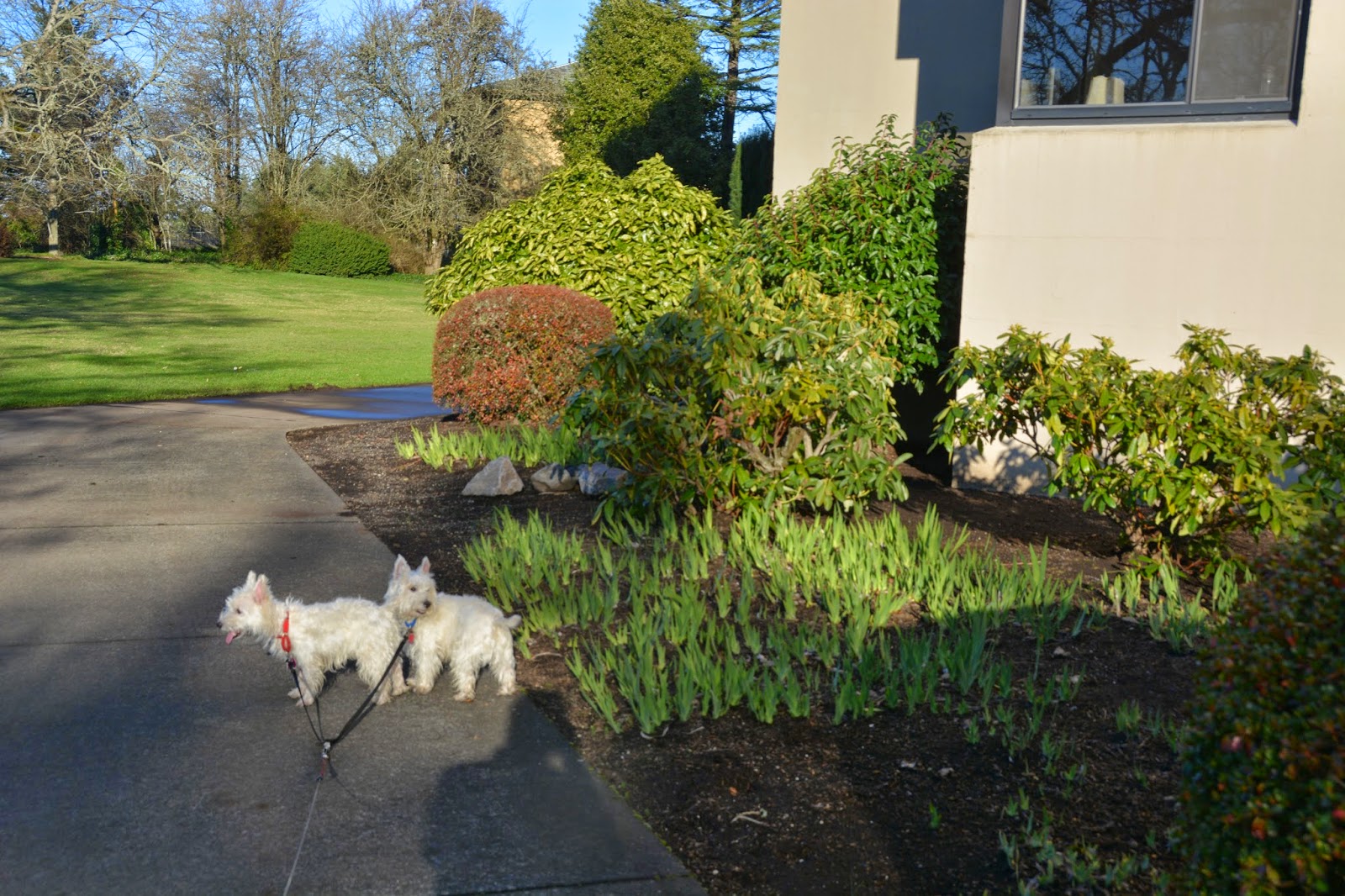