Ann Telnaes got it right in her cartoon, Trump is a fat flying declassification fairy

Ann Telnaes got it right in her cartoon, Trump is a fat flying declassification  fairy

I hadn't even considered making Trump into a fairy when wrote my story yesterday. I am thankful someone with a far, far greater readership than I have on my teeny-weeny blog gets.

I'm not a cartoonist, but here's my crude version of  the Ann Telnaes version of Trump as a fairy using his magic wand to declassify top secret documents. Mine has him as a svelte mythical being, albeit with the fat head I added.

I got it wrong yesterday when I compared Trump declassification of top secret documents using his mind to Mr. Spock and Carnac the Magnificent.

Cartoonist Ann Telnaes from The Washington ton Post nailed him by depicting his as an orange faced fat fairy with pink wings and a magic wandssaying "If you're the president of the United States, you can declassify just by says it's declassified, even by thinking about it." This was featured in the Opinion section of The Washington Post today and on Twitter: 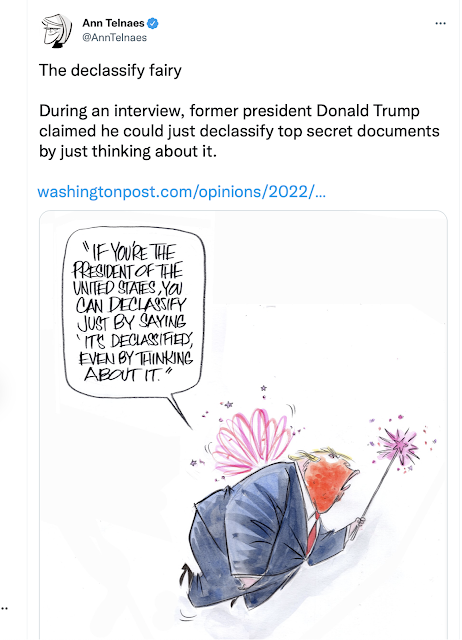 I really like the characterization of Trump as a flying fat fatuous fantasy flailing fairy because if by chance he should see it this might really get under his thin skin.

I suggested Trump had mastered Mr. Spock's Vulcan Mind Meld to use it to declassify top secret documents. 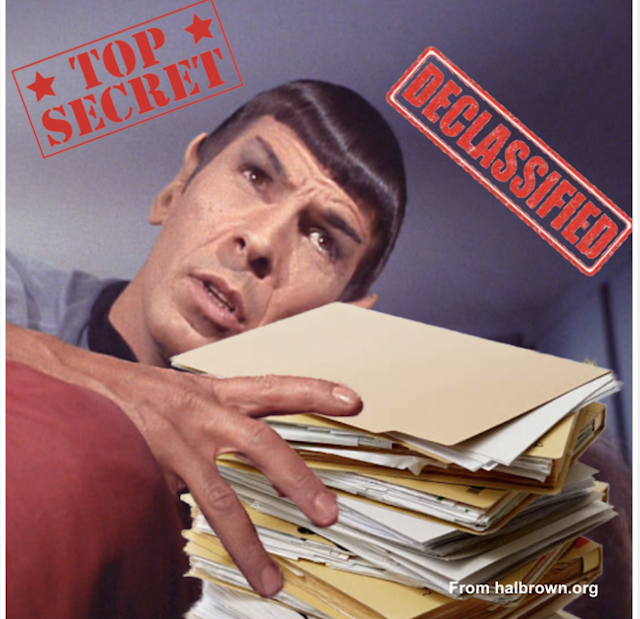 There's no way Trump could have done this. Even using Trump and Mr. Spock in the same sentence is an insult to the valiant Vulcan.

I also likened him to Carnac the Magnificent. 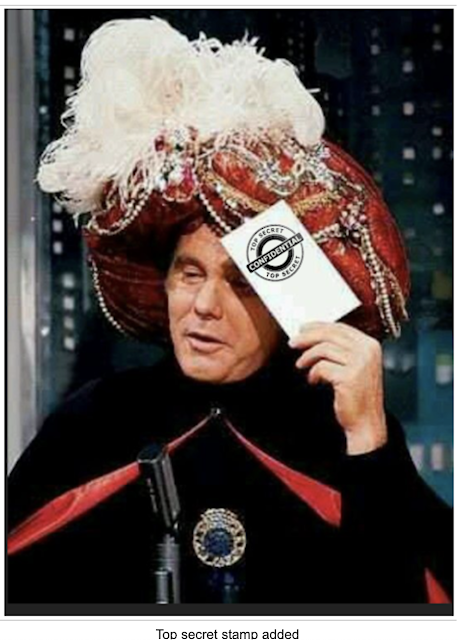 I wonder what Johnny would be saying about Trump if he still was hosting The Tonight Show. Consider this: 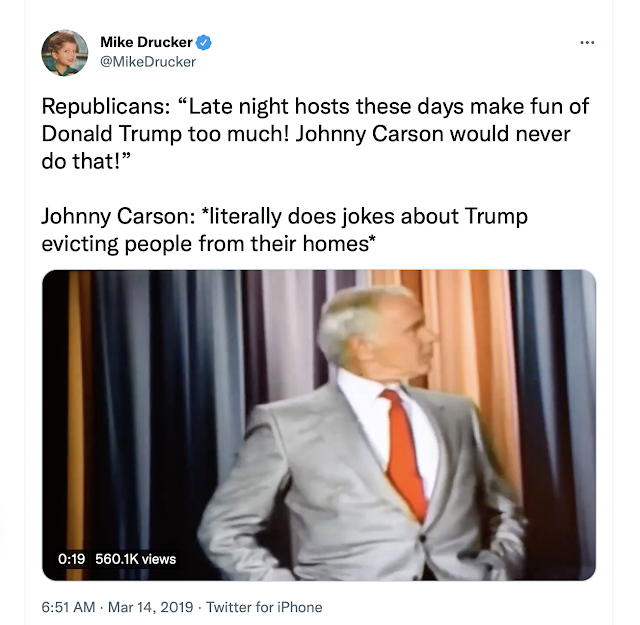 I am sure, like today's late night TV show hosts, he would in his own inimitable gentle humor be ripping Trump a new one.

This is what Trump posted about Carson when he was still on Twitter: 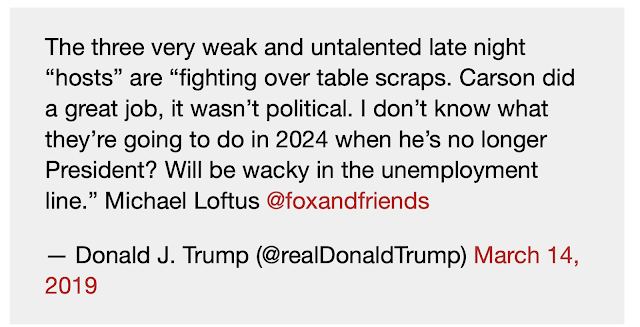 It is not true that Carson never discussed politics. For example here's what he said about Trump: 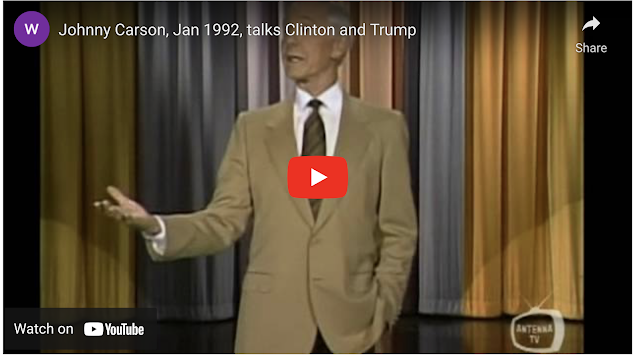 “Don’t worry about Gennifer Flowers, she got a new job — she got fired, you know — she was a receptionist at an unemployment agency, she got canned, but she got a new job today as a Donald Trump backup mistress,” Carson quipped, to roaring laughter from the audience. "If for any reason Marla Maples is unable to fulfill her duties, Gennifer steps in."

Trump lashes out at 'lonely and pathetic' critic in late-night attack on CNN: 'I was probably the only one watching'

"The former president doesn't have any moves left, and you can also see, across the spectrum, that he is running out of moves and running out of lies," D'Antonio said. "That comment about how he could declassify things in his mind is the same lie that he told when he was deposed around 15 years ago when he said, 'Well, the value of my company is based on how I feel inside.' So this is a person who has never expected concrete reality, but he is running out of people who will listen to him when he offers his delusions."

Posted by Hal Brown at 8:08:00 AM
Email ThisBlogThis!Share to TwitterShare to FacebookShare to Pinterest