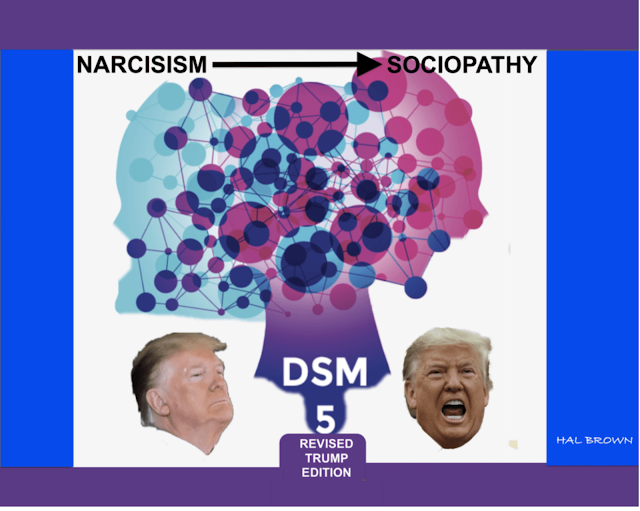 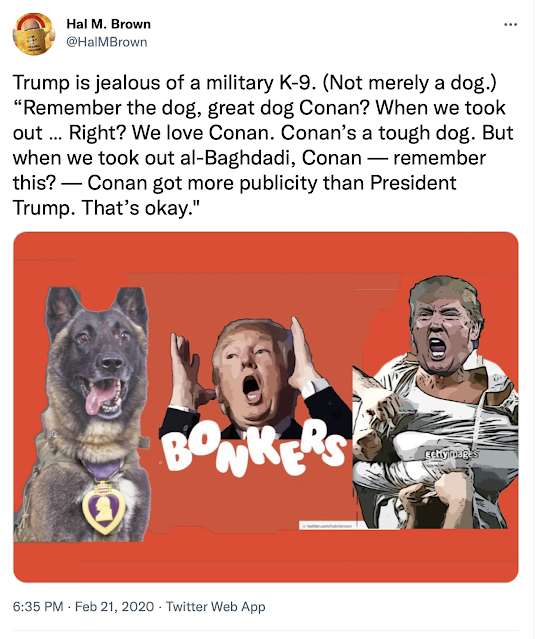 I made the above illustrations for

I also made the tweet shown above which I used for that story:

A few days ago it was revealed that:

This is a bittersweet vindication for all of those psychotherapists like myself, who like Bandy X. Lee the editor of the book to John D. Gartner, PhD who started the Duty to Warn group not long after Trump was elected with the mission of convincing Pence to invoke the 25th. Many hundreds of mental health professions went public in one way or another warning that Trump's psychopathology made him "a dangerous case." Just google Trump mentally ill...

If you do a Google Trump mentally ill Google search (here) this is what you come up with: 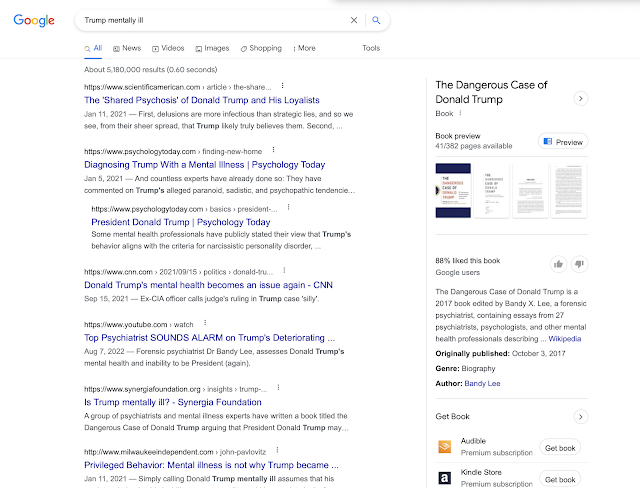 Enlarge above image
A psychiatric term first used in an article by Dr. John Gartner to describe Trump was malignant narcissist. He had an article published in USA Today on May 4, 2017. 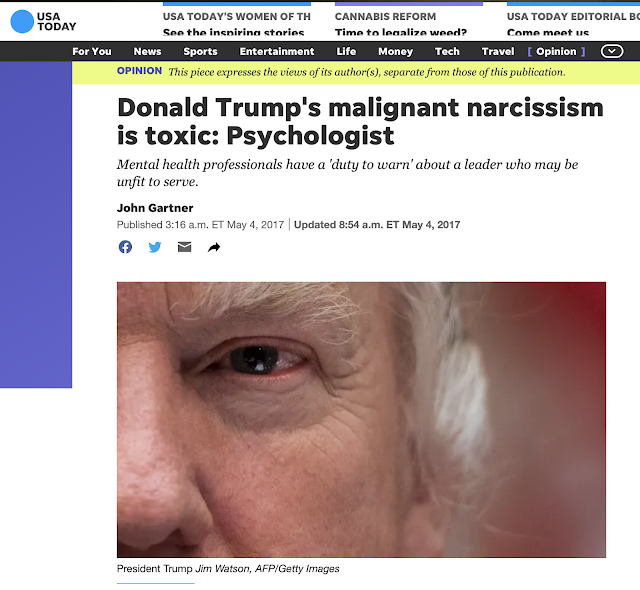 I think it is important to note that USA Today is a non-partisan national publication since by and large subsequent articles by mental health professionals about Trump's dangerous psychopathology were published by progressive media, Salon in particular where Chauncey DeVega interviewed Bandy Lee, MD, John Gartner, and psychiatrist Lance Dodes. John Gartner, as far as I know, was the only mental health professional warning about the danger of Trump and his malignant narcissism on Fox News. He was on the less known, but just as slimy as Tucker Carlson, Jesse Watters' show. I wrote about that here in May of 2017.

No list of mental health professionals who have had a major impact on letting the general public know that Donald Trump's psychopathology made him dangerous is complete without including his clinical psychologist niece, Mary Trump. Her credibility is enhanced exponentially over those therapists who never met him because she knew him up close and personal. For example this is from September 3rd:

In addition to Salon, Lawrence O'Donnell gave substantial air time to having mental health experts on his MSNBC  show. Clicking on each of these eminent mental health professionals names will link to a Google search of Trump and their name. Of course I am hardly eminent but you can also Google Trump and my name.

There are lots of search terms to add to Trump but if you want to find articles with references to his malignant narcissism try this: 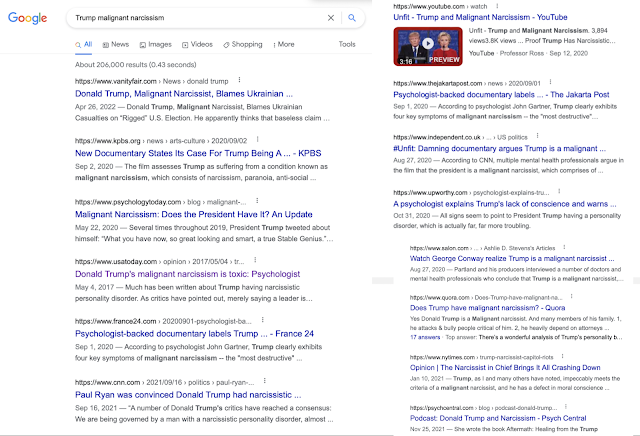 I was prompted to look back at the articles I wrote for the website Capitol Hill Blue when I was a regular columnist there prior to moving to Daily Kos.

I wanted to illustrate my columns with snarky photoshops and the founder of the website, editor and publisher Doug Thompson wanted them to be straight text.

I really enjoyed making these illustrations and it turned out I was just about the only one to use them on my Daily Kos postings.

The one I made for this story isn't the most clever illustration but it took a long time to make:

Putting together images for what I posted on Daily Kos was fun while it lasted and now I can still do it on this blog, but with a small smaller potential readership than I had on Daily Kos where periodically I'd have up to 2,000 people read something I posted there.

Now having been banned for life from Daily Kos in retrospect I wonder if this was a wise move. I wish I was able to post a regular opinion column on Capitol Hill Blue again. Now only Doug Thompson has an opinion column there. Doug, are you reading this?

I was pleased to see that these articles, like the more than 1,400 essays which  I posted on Daily Kos where I was merely a community member, are still online.

You can read them here: 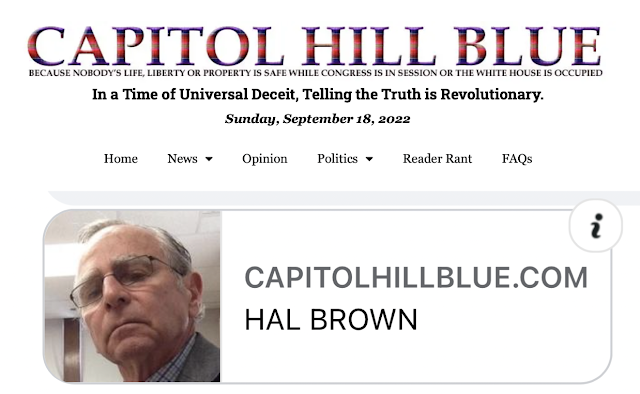 Addendum:
If Trump really  believes the paranoid beliefs espoused by QAnon like many of the members of this cult-like group he may have morphed from being a malignant narcissist and a megalomanic into full-blown delusional psychosis. Read article. 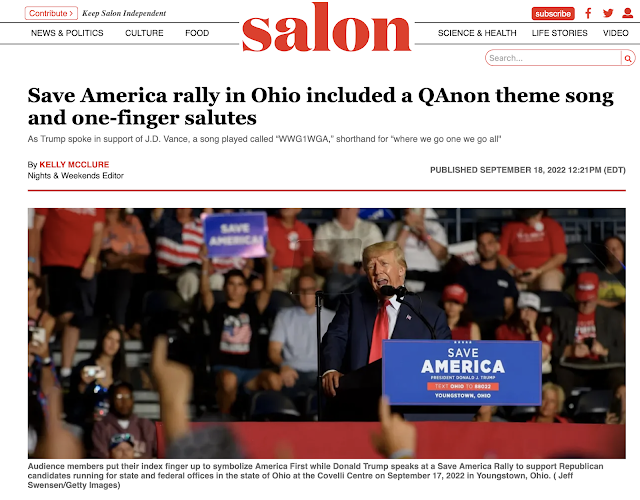 I am pleased to share with loyal and new readers that since I stopped posting on Daily Kos more people are reading the blog, not only in the United States but from other countries too. Thank you to everyone who shared a link with their friends whether by email or in social media. 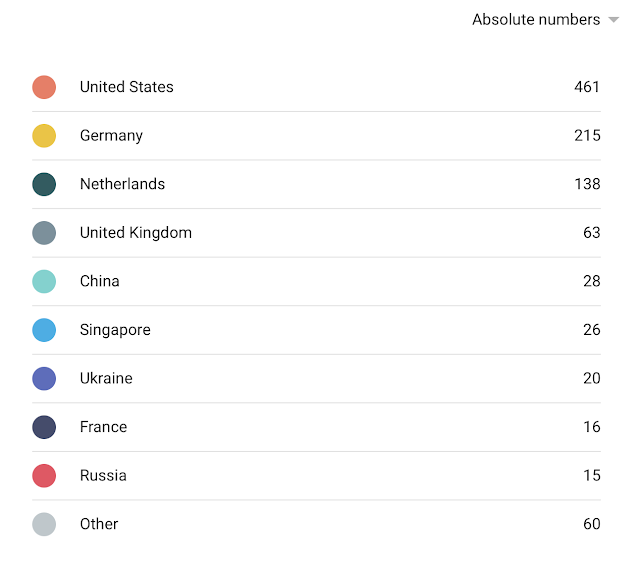 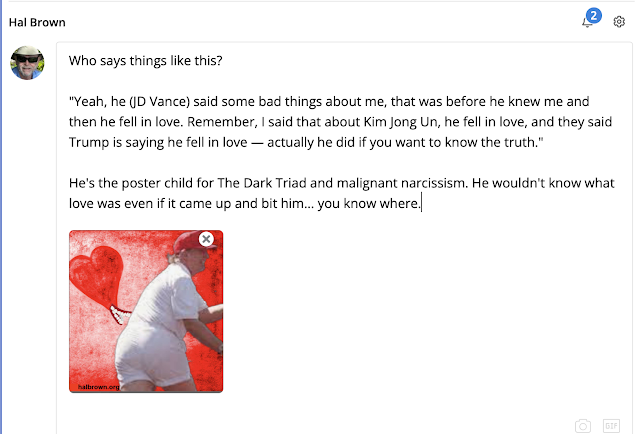 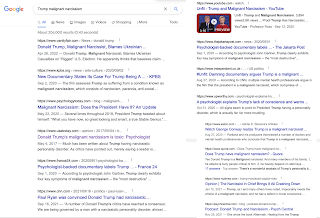 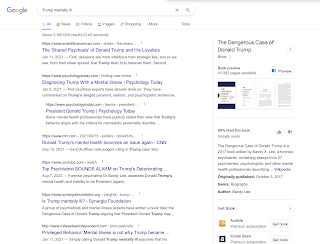 Posted by Hal Brown at 5:58:00 AM
Email ThisBlogThis!Share to TwitterShare to FacebookShare to Pinterest