Read All 188 of my Daily Kos articles or don’t.  Some of my photos


I am starting a new page, with a fresh post-election look at what we have in store under President Trump.
Sat., Nov. 12, 2016
Coping with a new kind of outrage and grief: A personal story. 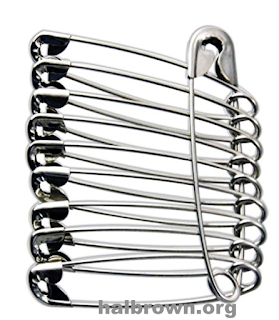 
My salvation is coming to my community coffee shop every morning and talking to kindred spirits about their feelings about the election.
I want to share what I’ve been saying when we ask each other how we’re doing, and it isn’t merely a social greeting. Implicit is “how are you doing now that Trump is going to be the next president?”
At 73, I note that I have never felt physically healthier. Then I say that emotionally I have never felt quite this way in my life, even as I suffered through various traumas.
My first trauma occurred when my mother, at the age of 44, died of brain cancer. I was living with my first wife-to-be in Manhattan, an exciting life for 20 year old, and my grief resolved itself pretty quickly albeit with a lot of repression and turning my girlfriend into a mother-figure.
Four years later she left me for another man and I went nearly crazy for awhile. But those were the days of free love and before long sexual therapy helped heal those wounds with a string of girlfriends.
Then came the Vietnam War, which I manage to avoid. My feelings of outrage were balanced by being a student protest leader and by my feeling I was part of a powerful movement.
9-11 came out of nowhere, shocked the nation and the world. We all were united in grief and rage no matter our party affiliation. Personally, we couldn’t do anything, but we were altogether in wanting to take revenge on someone. The fact that revenge was misplaced didn’t matter at the time. We were bombing the hell out of someone.
I met my wife when we were 25. We were married for 42 years. When she died six years ago, a seemingly healthy woman who lasted only three months after her cancer diagnosis, I went into a prolonged debilitating grief reaction that lasted two years. This was the worst experience of my life. I can’t imagine anything more personally devastating ever happening to me.
Now along comes Donald Trump.
My sense of outrage and grief are intermingled in a way I’ve never experienced. When my wife died at least part of me knew intense grief wouldn’t last forever. I knew I wasn’t permitted to kill myself because my wife made me swear I would stick around to care for our dogs.
Trump, baring extraordinary circumstances, will be president for four years. The damage he will do to the freedoms we have fought for and come to take for granted is chilling to think about. The horrific legion of haters he has made feel powerful are both figuratively and literally armed and dangerous.
Aside from the white supremacy fringe, at least a quarter of the country believes to varying degrees in what is now called Trumpism.


I want to do something tangible, but aside from donating to Planned Parenthood and the ACLU, about all I can do is hand out safety pins to everyone who is feeling the same way.


Posted by Hal Brown at 6:34:00 PM
Email ThisBlogThis!Share to TwitterShare to FacebookShare to Pinterest