Weds. Sept. 14, 2016
The “breaking news” on TV is about Trump, Dr. Oz, and his medical records, and the the Trump Foundation, but this should be the number one Trump news… are they too embarrassed because Newsweek did a deep comprehensive investigation and came up with extraordinary entanglements between Trump and some unsavory, and dare it say, deplorable foreign leaders? 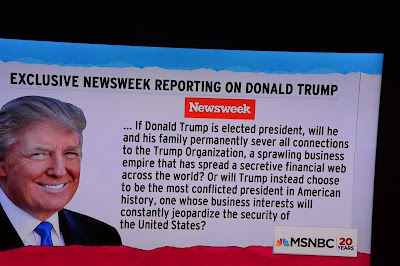 I hope Daily Kos keeps this story on the top of their page all day where it is now….  Huffington Post has it as the lead and calls it rightly a bombshell, Beast no. 5 it’s in the sidebar , Politico doesn’t even have it… 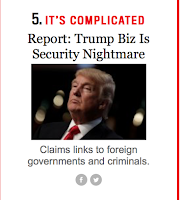 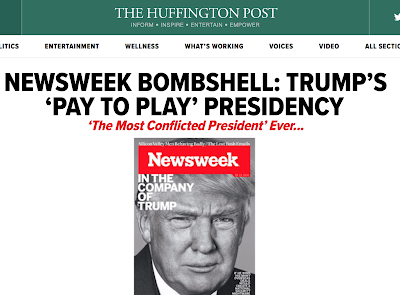 Posted by Hal Brown at 8:53:00 PM
Email ThisBlogThis!Share to TwitterShare to FacebookShare to Pinterest