Back, June 3 and earlier


Is Ivanka the "Most Masterful Compartmentalizer" of all Trump apologists or just a hypocrite? by Hal Brown

What Trump said before leaving Canada for Singapore Saturday morning, another of his I’m-the-greatest comments:

“I think within the first minute, I’ll know.”
“Just my touch, my feel, that’s what I do,” he said. “How long will it take to figure out if they’re serious? You know, the way they say you know if you’re going to like somebody in the first five seconds, you ever hear that one? I think very quickly I’ll know whether or not something good is going to happen.”

“Just my touch, my feel, that’s what I do,” he said. “How long will it take to figure out if they’re serious? You know, the way they say you know if you’re going to f**k somebody in the first five seconds, you ever hear that one? I think very quickly I’ll know whether or not something good is going to happen.”
--------------- 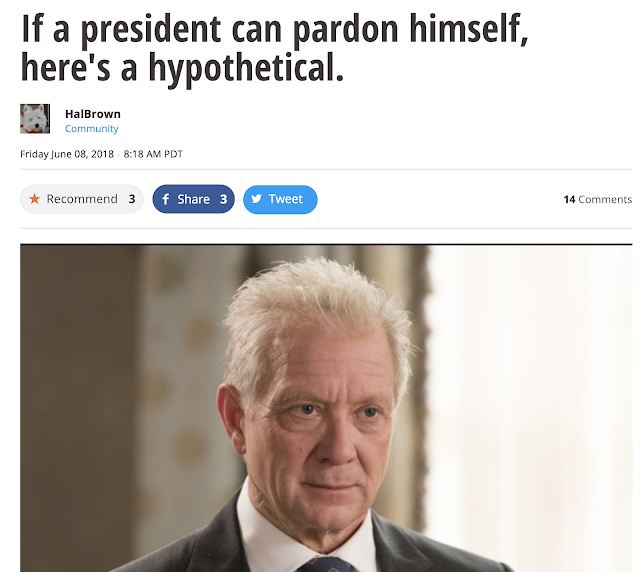 How weird is this? Trump says he ‘probably’ will support bill to protect states that have legalized marijuana 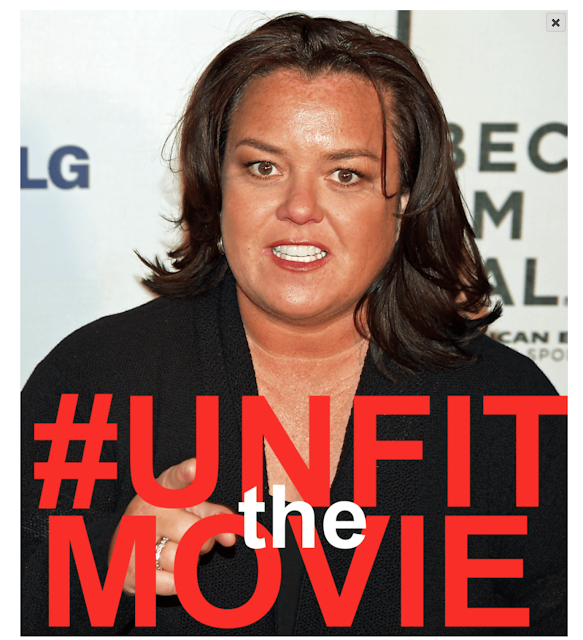 Getting semi semi-famous: I just discovered that the article I wrote on Saturday which ended up with over 2100 Facebook shares was reposted on the heavily read website ALTERNET, no doubt accounting for so many people sharing it on Facebook. On  Daily Kos it had 155 comments, and on ALTERNET it had 141 comments. 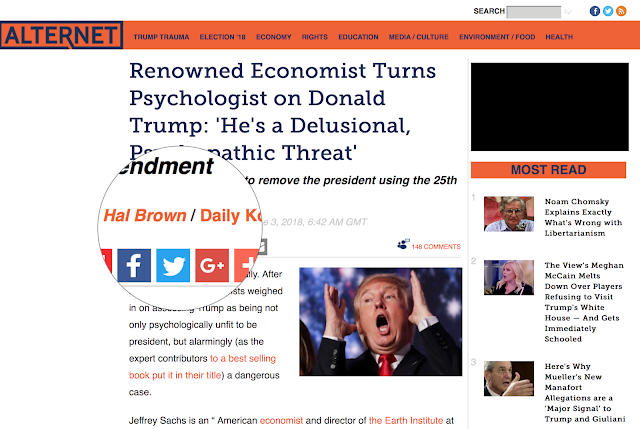 “You know what, that’s your only excuse — and I feel really sorry for you. That is the most — he was incredibly degrading. On top of the fact that you are hurting the president’s case on so many levels, so good on you, keep going, Rudy. I’m absolutely sickened by what I just saw.”

Brzezinski played a clip of Giuliani dancing at a restaurant in Israel the same day he insulted Daniels, and invited viewers to take a good look at him.

“That’s the man who just made those comments, that’s Rudy Giuliani in Israel, waving his napkin at a bunch of women dancing around him, so I’m going to just look at that and tell you to wait."

“You just wait for the women who are pissed off at this president for the way they treated them, who maybe didn’t want to speak out about the way he treated them or what about what happened between them or about perhaps the things that happened between them while he was married to Melania Trump. You just wait, because right now, after you said that, Rudy Giuliani, I bet they might want to step forward. I bet they might want to think, you know what, just look at me. Good luck with your case.”

And this from RawStory:


“I bet they have those 1-900 numbers blocked, too, which must be a disappointment,” she said.

Thanks for this Rudy:

Excerpt: During a segment on her Today Show program on Thursday, Kelly suggested that Giuliani and President Donald Trump were guilty of hypocrisy because First Lady Melania Trump has posed nude for money.

What Happens When a Bad-Tempered, Distractible

EXCERPTS: The Kaiser was susceptible but never truly controllable. He asserted his authority unpredictably, as if to prove he was still in charge, staging rogue interventions into his own advisers’ policies and sacking ministers without warning. “You cannot have the faintest idea what I have prevented,” his most obsequious aide, Bernhard von Bülow, complained to a friend, “and how much of my time I must devote to restoring order where our All Highest Master has created chaos.”

The Kaiser’s darkest secret was that every few years—after his meddling and blunders had exposed his incompetence or resulted in a crisis—he would suffer a full-blown collapse. His entourage would scrape him off the floor, and he would retire to one of his palaces, where, prostrate, he would weep and complain that he’d been victimized. After the moaning came the pacing, in uncharacteristic silence. Occasionally he would give way to tears. Gradually he would recalibrate his sense of reality—or unreality—and after a few weeks would bounce up again, as boisterous and obstreperous as ever.

The Kaiser wasn’t singly responsible for the First World War, but his actions and choices helped to bring it on. If international conflict is around the corner, it would seem that you really don’t want a narcissist in control of a global power. Wilhelm’s touchiness, his unpredictability, his need to be acknowledged: these things struck a chord with elements in Germany, which was in a kind of adolescent spasm—quick to perceive slights, excited by the idea of flexing its muscles, filled with a sense of entitlement. At the same time, Wilhelm’s posturing raised tensions in Europe. His clumsy personal diplomacy created suspicion. His alliance with the vitriolic right and his slavish admiration for the Army inched the country closer and closer to war. Once the war was actually upon him, the government and military effectively swept the Kaiser aside. And the gravest damage occurred only after Wilhelm abdicated, in November of 1918. (He spent the rest of his life—he survived until 1941—in central Holland.) The defeated Germany sank into years of depression, resentments sharpened, the toxic lie that Germany had been “robbed” of its rightful victory in the war took hold. The rest, as they say, is history.

I’m not suggesting that Trump is about to start the Third World War. But recent foreign developments—the wild swings with North Korea, the ditching of the Iran nuclear deal, the threat of a trade war with China—suggest upheavals that could quickly grow out of American control. Some of Trump’s critics suppose that these escalating crises might cause him to loosen, or even lose, his grip on the Presidency. The real lesson of Kaiser Wilhelm II, however, may be that Trump’s leaving office might not be the end of the problems he may bring on or exacerbate—it may be only the beginning. 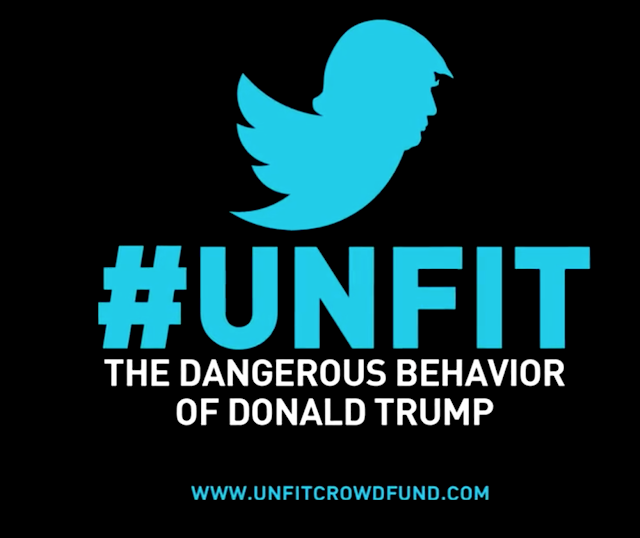 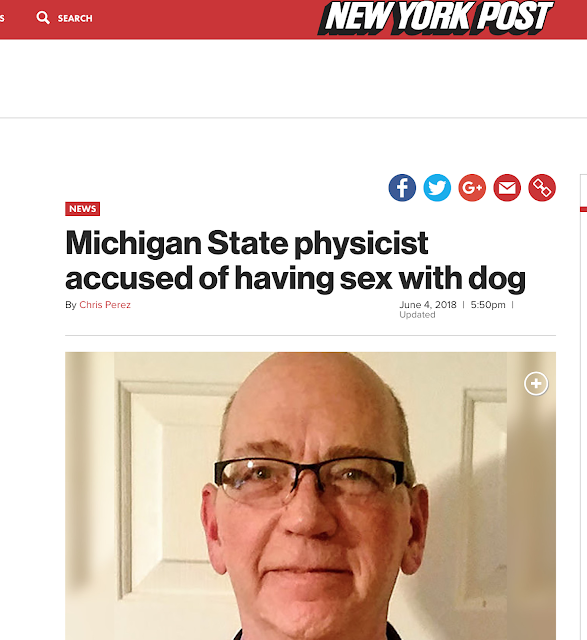 There's a new Kick-Starter to make a documentary about Donald Trump and why he is psychologcally unfit to be president. 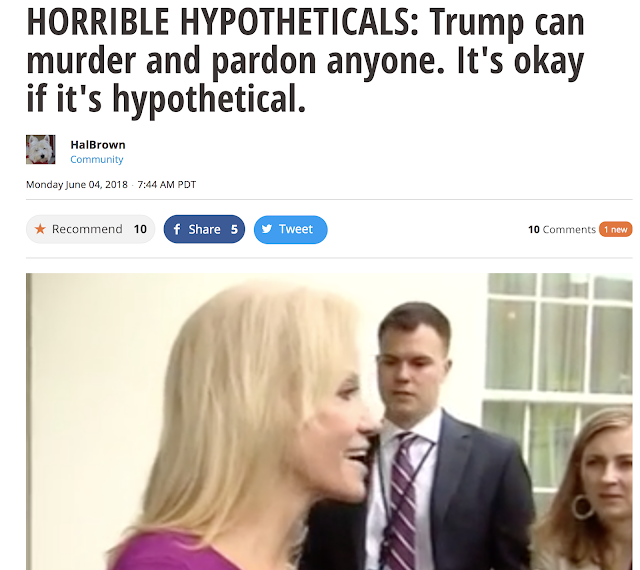 Saturday’s Daily Kos story was shared over 1,670 times on Facebook

My thoughts on Melania:

I am only interested in what a change in the status quo in the marriage will do to the psychological defenses of our decidedly unstable president. As for Melania, her doctors may have discovered she was clinically depressed. A break from the WH could have been just what she needed to realize how awful living there was. While she was in the hospital she might have started an antidepressant which should just be starting to work. So she could be reevaluating her marriage and if not getting counseling at least reading some of the 28 books which she could find if she searched Amazon for "married to a narcissist." (Check it out)


Back, June 3 and earlier