In public and on his Twitter feed, President Trump has kept mum about L’affaire Stormy. Behind the scenes, he’s spooked


This is the official White House statement which deserves the response WE CALL BULLSHIT considering the following Trump Tweet.

In a statement, White House deputy press secretary Lindsay Walters said:
"We applaud the many courageous young Americans exercising their First Amendment rights today.
Keeping our children safe is a top priority of the President's, which is why he urged Congress to pass the Fix NICS and STOP School Violence Acts, and signed them into law.
Additionally, on Friday, the Department of Justice issued the rule to ban bump stocks following through on the President's commitment to ban devices that turn legal weapons into illegal machine guns."

This is Trump's only Tweet so far today in reference to this terrorist attack in France.


My Daily Kos piece today was inspired by a Daily Beast article: HOW CLOSE IS TRUMP TO A MENTAL BREAKDOWN? 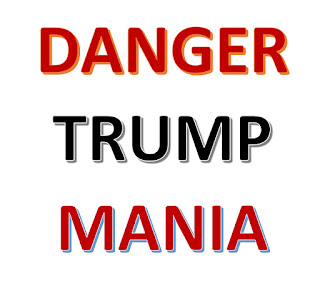 On March 2nd I wrote “Enraged thin-skinned narcissist attacks Alec Baldwin, a shrink warns he may be at breaking point,” the shrink in the title is me.


Today the Daily Beast followed up with a major article that asks basically the same question, which is paraphrased in the title of my new dairy: How Close Is Donald Trump to a Psychiatric Breakdown? Crucially the authors ask “ will the president approach a psychiatric breakdown before, or after, he fires Mueller?”


I suggest you read the entire article, although if you’re familiar with the Goldwater Rule controversy,  and the history of the mental health duty to warn movement, you may want to skim through those sections to get to the clinical meat of the article which is reflected in the title.
The article is written by Rosemary Sword who is co-developer of Time Perspective therapy with the well-known psychologist Philip Zimbardo, the Stanford professor emeritus and author of Stanford prison experiment most psychology majors studied in college, and Gail Sheehy. She is a journalist and the highly regarded author of 17 books, including Passages and Character: America’s Search for Leadership.
I have written here about the psychological defense mechanisms employed by malignant narcissists like Trump to protect their fragile egos. When a malignant narcissist feels attacked (technically suffers a “narcissistic insult”) he tends to react with narcissistic rage. I wrote about this way back in August 2016.  We see this all the time with Trump.
But the question dozens of shrinks who I communicate with every day through a private Facebook page have been asking is what it will happen if his defenses no longer function. The answer we have come up with is that he is likely to have some kind of severe mental breakdown, possibly a psychotic episode. In fact, my friend, fellow Daily Kos diarist, contributor to “The Dangerous Case of Donald Trump” and the founder of our Facebook page is quoted in The Daily Beast article:

Howard Covitz, a Philadelphia psychoanalyst and former director of the Institute for Psychoanalysis and Psychotherapy, pointed out that the Goldwater Rule, as it now stands, has no limits. “Hypothetically, a president could be hallucinating and running on the White House lawn buck naked, screaming ‘Bring me my nuclear codes!’ and the new rule would continue to gag professionals from speaking up.”

Politically this would be difficult, if not impossible, to ignore because his symptoms would be so obvious.
The authors of the Beast article suggest that Trump is showing signs of mania.
To verify the symptoms of mania, Sheehy sought out Dr. Jeffrey Lieberman, chairman of psychiatry at Columbia University’s medical school and a former president of the American Psychiatric Association who has produced 10 books on mental illness and psychiatry. This conversation took place in the summer of 2016.

“Manic personalities are imbued with a sense of self-importance, grandiosity, and mission,” Dr. Lieberman said, taking care to add that this is true of most people who seek the presidency. Granted, anyone with the audacity to assume that he or she has what it takes to lead the world’s superpower will exhibit an excess of narcissism and its offspring—a sense of entitlement—along with a grandiosity of ambition and some degree of messianic belief that she or he is the ideal rescuer-protector for the times. But early on, Donald Trump crashed through the sound barrier on all such temperamental traits.
Dr. Lieberman elaborated on the fragmented thinking process of a person suffering from mania. They jump from subject to subject, not following a line of logical reasoning, no thematic consistency. They need less sleep, or don’t sleep at all.
The average person doesn’t need a Ph.D. to peg Trump in ordinary words as “a raging, overbearing, egotistical, obnoxious boor,” as professor Lieberman observed. But what goes on in the brain of a manic temperament is more dangerous than just obnoxious. “There is a biochemical disturbance in a part of their brain that involves regulating moods,” Lieberman said. “Instead of being able to re-stabilize a highly emotional state, they remain in a period of excess. That state can persist for days, weeks, or even months.”
This sounds like a dead ringer description of the state of Trump’s mind in recent months as he sleeps less and tweets more—up to as many as a dozen times a day—to create a perpetual disarray in government and a constant distraction from what he most fears.

They do not use this term colloquially. It is a clinical term, a syndrome. Let’s once again go to Wikipedia:

Mania is a state of abnormally elevated arousal, affect, and energy level, or "a state of heightened overall activation with enhanced affective expression together with lability of affect."[1] Although mania is often conceived as a "mirror image" to depression, the heightened mood can be either euphoric or irritable; indeed, as the mania intensifies, irritability can be more pronounced and result in violence, or anxiety.
The symptoms of mania include heightened mood (either euphoric or irritable); flight of ideas and pressure of speech; and increased energy, decreased need for sleep, and hyperactivity. They are most plainly evident in fully developed hypomanic states; in full-blown mania, however, they undergo progressively severe exacerbations and become more and more obscured by other signs and symptoms, such as delusions and fragmentation of behavior.[2]
Mania is a syndrome with multiple causes. Although the vast majority of cases occur in the context of bipolar disorder, it is a key component of other psychiatric disorders (such as schizoaffective disorder, bipolar type) and may also occur secondary to various general medical conditions, such as multiple sclerosis; certain medications may perpetuate a manic state, for example prednisone; or substances of abuse, such as cocaine or anabolic steroids. In the current DSM-5, hypomanic episodes are separated from the more severe full manic episodes, which, in turn, are characterized as either mild, moderate, or severe, with specifiers in regard to certain symptomatic features (e.g. catatonia, psychosis). Mania is divided into three stages: hypomania, or stage I; acute mania, or stage II; and delirious mania (delirium), or stage III. This "staging" of a manic episode is very useful from a descriptive and differential diagnostic point of view.

Trump decided that the best place to spend the weekend was at his summer palace, thus avoiding the March For Our Lives. However, the assaults on his psychological defenses are escalating on several fronts, most notably the Mueller investigation getting closer and closer to implicating him, and his “woman” problem is culminating in what will probably be one of the most viewed 60 Minutes of all time.
We don't know what, if anything, will be the final trigger for a mental breakdown. It could happen behind closed doors when Melania finally tells him she’s had it with the charade of playing the loyal First Lady. See: As “Trump rages, often alone in the residence on the top floor of the White House” where’s Melania, a diary I wrote with the image below on March 1st which got 164 comments.

Whatever will set him off, let’s hope there’s someone there to stop him from starting a war as the ultimate expression of narcissistic rage.
Something to watch during a commercial break while viewing coverage of the March For Our Lives: 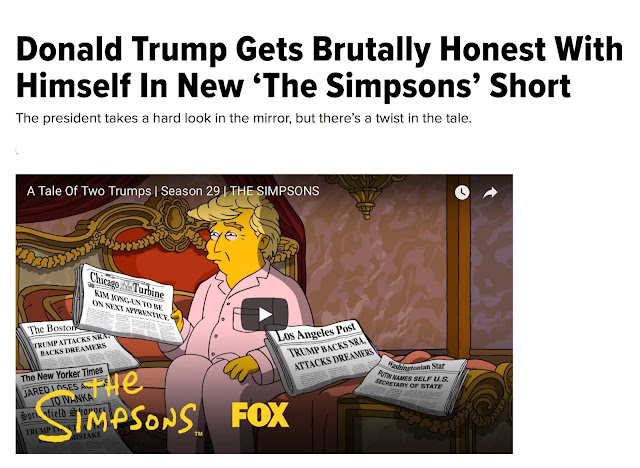 My shrink friends and I discuss this all the time:

How Close Is Donald Trump to a Psychiatric Breakdown? 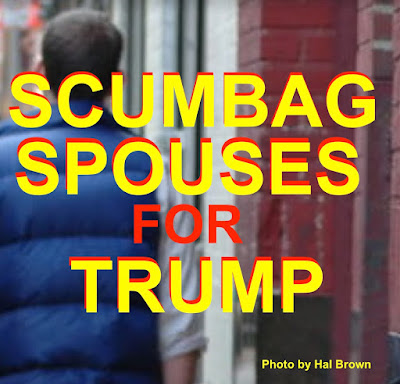 The more that comes out about how Trump used or abused women does not matter to many of his male supporters — and make no mistake that even though he had consensual affairs he was abusing Melania and before her at least one previous wife when he did this.
Evangelicals, although mostly men, have given him a pass so far because he’s supposedly anti-abortion. Of course, they have to toe to the party line about sexual morality.


Republicans in Congress don't give a shit yet because they are afraid that if they condemn him they will be primaried by total Trumpers who say they emperor can do no wrong.
However, that are countless men out there who hold Trump in even higher esteem than they would otherwise because he was, in their macho minds, the stud’s stud who was undeterred by morality or guilt as he satisfied his sexual urges.
They vote.
Trump knows this, and the GOP knows this too.
These voters don’t read The Washington Post, although Melania might:


No matter what Stephannie Cliffords (aka Stormy Daniels) says about their affair, these men will fantasize about having sex with her.
The biggest unknown regards Melania.
How will she react to all this media attention to her husbands cheating? I doubt she provides any significant emotional support to him now but this could push her at least to the point where she will no longer agree to be photographed with him and participate in the happy First Family charade.
If she does what is best for her and Barron and leaves him, we do not know how a malignant narcissist is going to react to the optics of being a spurned cheating husband.
While Daniels, McDougall, and Clifford are making the news today, the men I refer to admire Trump for getting away with actually sexual assaulting at least 19 women.
Published on
Monday, December 11, 2017
by
Common Dreams
Watch Women Who Have Accused Trump of 'Groping, Fondling, Forcibly Kissing, Humiliating, and Harassing' Them Speak Out
Speaking in New York City on Monday, women call on Congress to investigate their allegations of sexual harassment and assault levied against the president
And then there’s this:
Donald Trump’s creepy comments about daughter Ivanka: A history