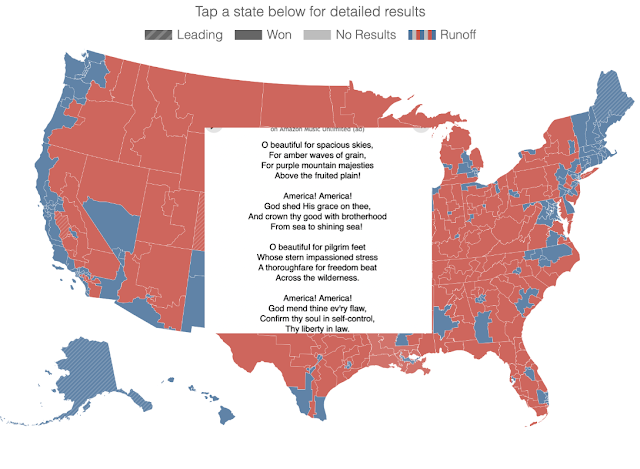 All the photos below are mine. Click to enlarge them.

I looked with dismay at a map of 2022 House election results in a HuffPost article which had an interactive red/blue map.  The article was featured as the main story on their website: 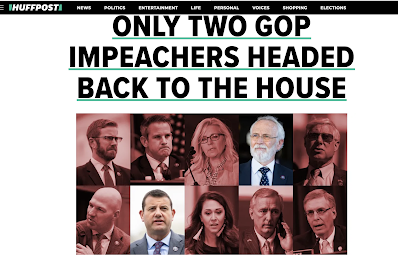 It was the map not so much the expected loss of all but two members of the House losing their runs for reelection that got to me.

I live in western Oregon which is a Democratic area that occasionally elects Republican candidates but is mostly blue.

My partner and I enjoy exploring the lovely countryside around where we live in a Portland suburb. 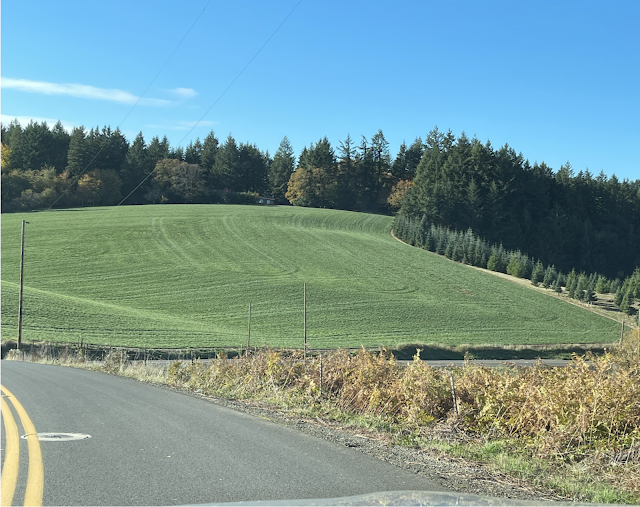 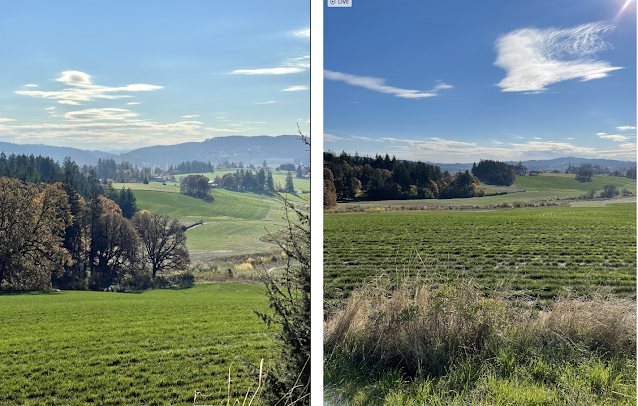 From the rolling hills of Oregon's wine country (above) to the small towns with unique restaurants like The Scream'n Chicken in Gaston... ... to the Washington side of the mighty Columbia River we find both beauty and reminders that in some ways we are in alien territory. I took these photos on Washington's Rt. 14 along the Columbia River: 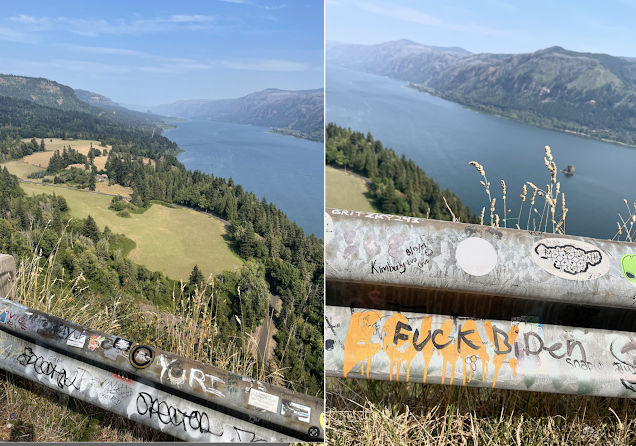 Below: These are in the town of Aurora which is known for its antique stores all in historic homes. We often eat at The Old Colony Pub there. These are two houses in Aurora which are across the street from each other. 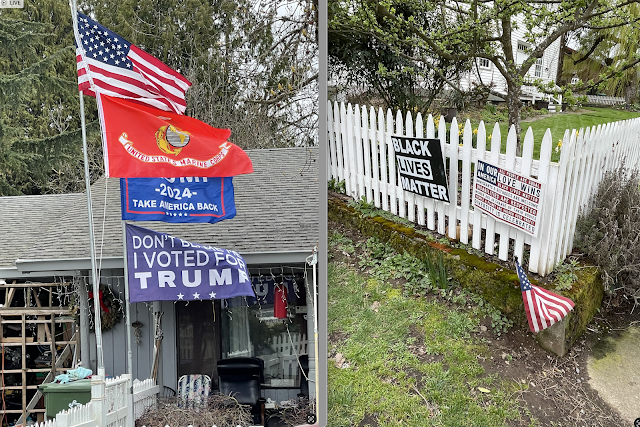 We sometime find ourselves in hard-core MAGA areas. Once in a small town we ate in a restaurant where we could overhear a group of men debating which kinds of guns they preferred. 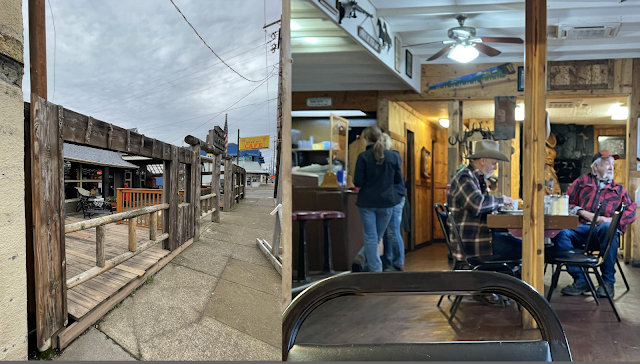 In our own district five the highly qualified liberal Democrat t Jamie McLeod-Skinner lost a tight race to Republican Lori Chavez-DeRemer. Thankfully Democrat Tina Kotek won a squeaker beating far-right candidate Christine Drazen and would-be spoiler independent Betsy Johnson for governor. This is a result of all the right-wing voters residing not only in the very rural parts of the state but also in some of our suburban areas.

Back to the national map...

Looking at it filled me with sadness. So much red and so little blue.  I live in western Oregon, clearly a Democratic area.

The verses of America the Beautiful came to mind. It is a song I think would be a better national anthem than a song about a War of 1812 battle and the US flag.

This is no new movement.  Although not the National Anthem, America The Beautiful is just as widely recognized by Americans, and has been called the most beloved of all American patriotic songs.   Quoting Lynn Sherr, ABC News correspondent and author of the book America the Beautiful: The Stirring True Story Behind Our Nation’s Favorite Song says this,  “I think it’s simple, I think it’s emotional, and I think it talks about a country, a land and its people — not just about a flag, not just about a battle.  It doesn’t talk about conquest. It talks about the possibilities of this nation.”

America The Beautiful was written in 1893 by Katharine Lee Bates – a thirty-three year old English professor from Wellesley College – as she traveled by train across our great nation.   Her inspiration was her awe for what she witnessed, very much like Francis Scott Key almost a century before.

Perhaps the preference comes down to whether you’re a “spacious skies” or a “bombs bursting in air” kind of person.

I'm a spacious skies kind of person. I wish more Americans were.

Posted by Hal Brown at 6:17:00 AM No comments:
Email ThisBlogThis!Share to TwitterShare to FacebookShare to Pinterest 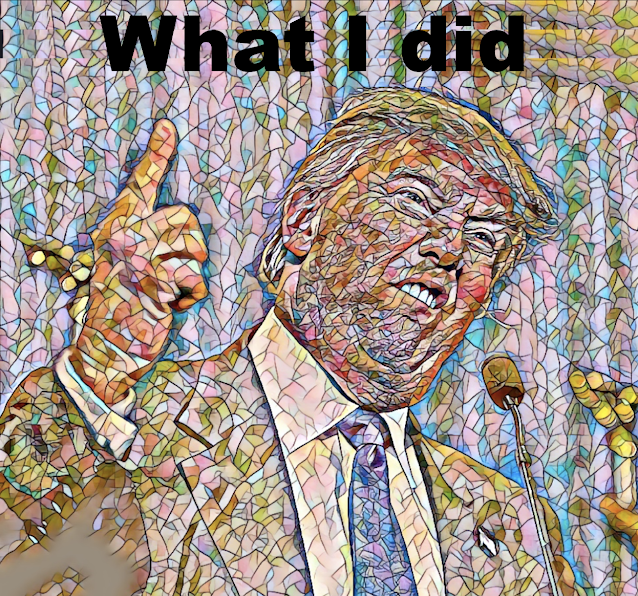 I don't have much time to write this morning because I have to leave in an hour to head to the dermatologist for mohs surgery on the tip of my nose. This will be my third such surgery on my face but the others didn't worry me but this one does because of the location. Worry wart that I am I wonder how much of the lesion, and thus of my nose, will be needed to be removed and if I'll need a skin graft.

I wonder if I'll end up looking like the Lee Marvin character in Cat Balou where he played both Kid Shelleen and Tim Strawn his villainous twin with the metal nose.

Update: My nose is still intact. The entire procedure took two hours as the first sample got all the squamous cancer cells. 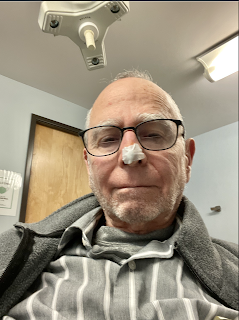 Now to my subject.

You hear Republicans being asked in the media about their opinions of Trump and while many of them lament his style they often praise his policies.

I wondered just what he and his administration actually did while they were in office. A simple web search came up with the Politico article from 2021:

30 Things Donald Trump Did as President You Might Have Missed

Trump’s presidency may be best remembered for its cataclysmic end. But his four years as president also changed real American policy in lasting ways, just more quietly. We asked POLITICO’s best-in-class policy reporters to recap some of the ways Trump changed the country while in office, for better or worse. 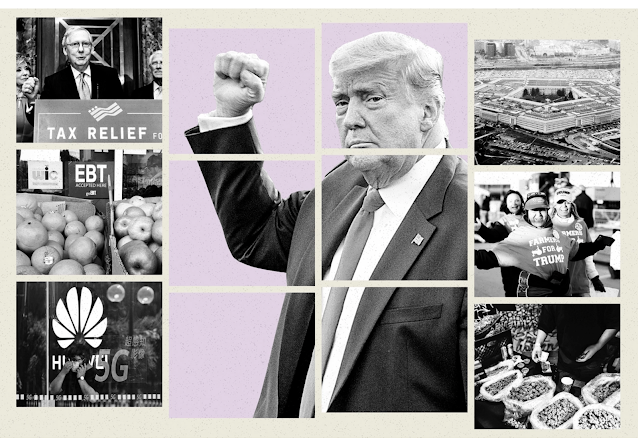 I don't have time to read it carefully but thought it was worth sharing. What jumped out at me was that among the anti-democratic and inhumane policies he foisted upon us there were some good things. The good things often happened inadvertently.

There's an old saying that even Mussolini made the trains run on time though many elements of this have been debunked. 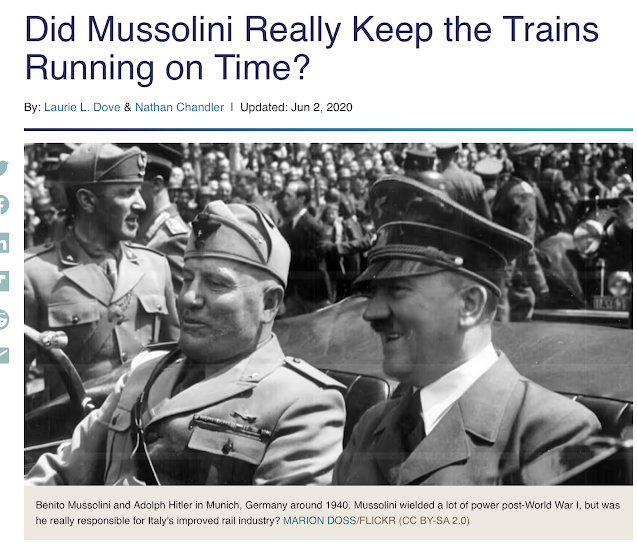 Posted by Hal Brown at 6:11:00 AM No comments:
Email ThisBlogThis!Share to TwitterShare to FacebookShare to Pinterest
Newer Posts Older Posts Home
Subscribe to: Posts (Atom)