Read all Daily Kos stories by Hal Brown. I follow breaking news on RAWSTORY which summarizes stories from the media including TV news and talk shows and importantly websites which you need to subscribe to to read.

Click image to enlarge
Hopefully all of us will be two weeks past our final Covid vaccination by the end of this month and with April Fool's day having passed, we will be celebrating April Free Days and anticipating a marvelous May.
April 14, 2021 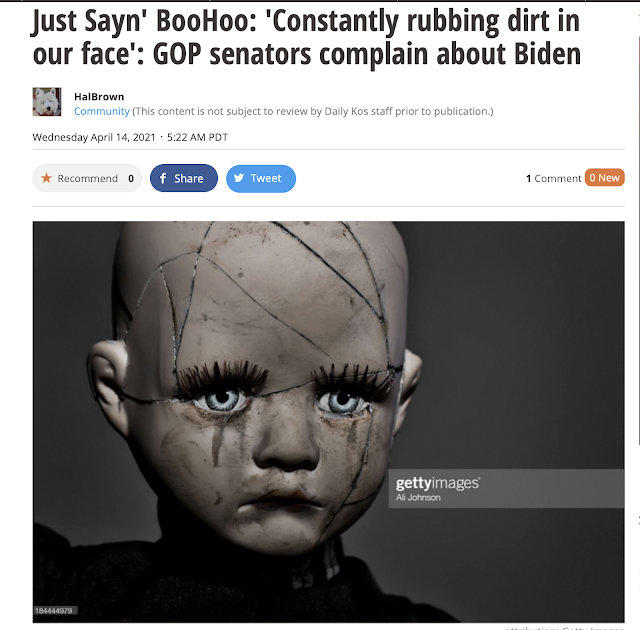 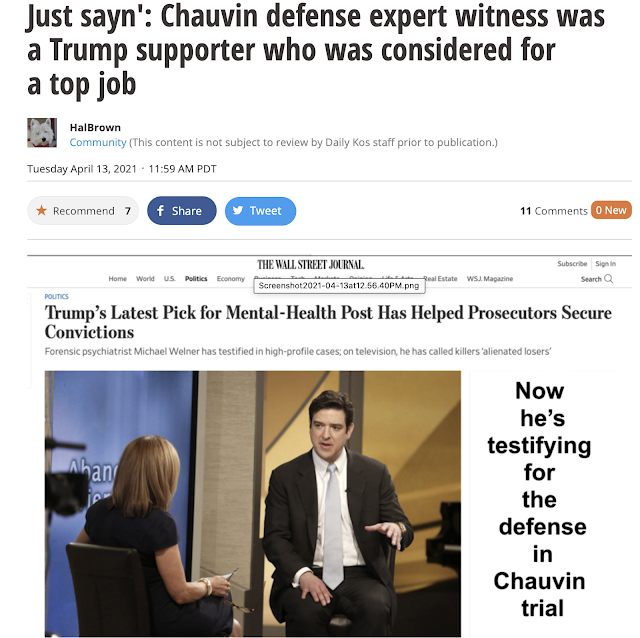 I’m glad that John Boehner, is making the news with his colorful language attacking fellow Republicans but that he said about Mark Meadows, Trump’s chief of staff from 2020 to 2021, on Morning Joe this morning struck me as unacceptable. You can watch the segment here.

Here’s the portion I object to:

"So Meadows comes in and he looks a little nervous and he's sitting on this low couch across from this chair I used to sit in and before i could really say much, he slid off of the couch, onto his knees and put his hands in a prayer position and looked at me and said, 'Mr. Speaker, would you forgive me?" and I said 'for what?' I forgot all about the fact that he had voted against me."

"After the 2014 election, he voted against me again to be speaker and then two months later, wrote me this glowing letter. Listen, he's a nice man, but a bit schizophrenic.”

He’s been promoting his new audio book “On The House: A Washington Memoir” and  made the news recently when a tape was made public of him going off script as saying “Oh, and Ted Cruz, go fuck yourself.”

Axios says it was a “rogue moment” and other articles said he “went off script” when he said it but it certainly got him a lot of publicity. Here’s a DuckDuckGo search for what he said about Ted Cruz:

Whether this was a spontaneous unplanned remark or not it was worth who knows how many additional sales for his audio book. It may have led to his appearance on “Morning Joe” this morning which led to him suggesting Mark Meadows was possibly suffering from schizophrenia. This remark will definitely not make the news the way his tell Ted Cruz to fuck himself did which was fine to me whether said on purpose or off-the-cuff.

What isn’t fine with me was his using a clinical term in a colloquial way. It should go without saying that schizophrenia is a serious mental disorder which causes a great deal of suffering for those who have it and for their families and friends.

Many people with schizophrenia, who more often than not know their own diagnosis, follow political news just the way we do. It wouldn’t surprise me that some of them would object to being compared to Trump sycophant and apologist Mark Meadows.

While the percentage of people with schizophrenia has remained stable in the United States at 0.33 — 0.34 percent since 1990, at about 1.5 million, (Reference) the public generally hears the term and conflates it with all of the most serious psychiatric disorders such as bipolar disorder.

The National Institute of Mental Health breaks down their statistics into Any Mental Disorder (AMD) and Serious Mental Disorder (SMD). (Reference) These are the most recent numbers for SMI’s. Note that there are pre-pandemic:

So, John Boehner, please don’t throw out the term “schizophrenic” so casually. It only has one meaning.

What about describing Trump as a malignant narcissist? Does this stigmatize all people suffering from a mental illness?

The brief answer is that it doesn’t. Those like John Gartner, PhD, the founder of Duty to Warn (see “Donald Trump's malignant narcissism is toxic: Psychologist — Mental health professionals have a 'duty to warn' about a leader who may be unfit to serve.”, and I who have publicly explained why Trump meets the criteria for making this assessment have explained that malignant narcissists with power are dangerous and not only don’t they personally suffer, they make others suffer. Those psychotherapists in the Duty to Warn movement have considered that it was an obligation to explain why Trump’s psychopathology made him dangerous.

For brevity I am putting a only a link to a relevant 2013 article from SLATE here:

Schizophrenic Is the New Retarded— The word doesn’t mean what you think it means, and that matters.
also:

Why It's Time to Stop Casually Calling People 'Schizophrenic' and 'Bipolar' — Experts point out how offensive and harmful this can be to those who actually live with the conditions.

I’ll put an excerpts in the first comment and replies.
.
Tip Jar
8Recommended

Here’s an except from the 2013 Slate article:

Schizophrenic Is the New Retarded

The word doesn’t mean what you think it means, and that matters.

Something strange is happening with the word schizophrenia, something that makes it unlike any other word in the English language.

It starts with metaphor. Occasionally words drift from the language of a disease into the language of everyday things, and this path is almost always through metaphor. A symptom of the diseased body maps onto a common target and eventually it sticks; dangerous ideas become cancers, cities become blighted, pay raises become measly, and moldy stone façades become leprous.

A metaphorical use of schizophrenic endures in this way, defined as having “contradictory or antagonistic qualities or attitudes.” Thus a stock market can be schizophrenic when volatile, a politician when breaking from party lines, a composer when dissonant, a tax code when contradictory, weather when inclement, or a rapper when headlining as a poet.

There is a problem, though: This metaphorical use has nothing to do with the symptoms of actual schizophrenia. If the metaphor maps to anything, it most resembles multiple personality disorder—a disease that likely doesn’t exist and definitely is not schizophrenia.

Why It's Time to Stop Casually Calling People 'Schizophrenic' and 'Bipolar'

In July, in a now-infamous phone call to reporter Ryan Lizza, then-Communications Director Anthony Scaramucci referred to then-Chief of Staff Reince Priebus as a “paranoid schizophrenic”—using the name of a legitimate mental health condition as an insult directed at someone who, as far as we know, has no such diagnosis.

Using mental illnesses as insults can be directly harmful to people living with these conditions, and they can also spread inaccurate perceptions of what they really are, says Steven Meyers, PhD, professor of psychology at Roosevelt University.

For example, people may use the word schizophrenic to describe how someone can alternate between two different states, while the actual symptoms of schizophrenia involve poor reality perception, hallucinations, and confused thinking.

“Accurate information about the symptoms of a disorder can lead people towards diagnosis and treatment,” say Meyers, “while misinformation is more likely to promote stigma or cause us to dismiss or marginalize people.”

Your ‘likely doesn’t exist’ is tendentious and in my opinion misrepresents the content of that link.

I agree, what words should we use to describe flip flopping or erratic behavior in non-clinical, non-offensive terms?

How about “self contradictory”?

We might enjoy John Boehner's attacks against so many Tea Party and Trump deplorables but we should remember the source.

Any hopes that he had “centered” himself were dashed when he appeared on Colbert last night.

Thanks for adding this. Here’s the link: \

I had to leave the room when he spewed the “both sides do it” line.

I’ve noticed a rise in using mental conditions colloquially, ironically coinciding with increased public awareness of different types of conditions and associated symptoms. This language conflates medical conditions with “dangerous” and “asshole” and could prevent people and their family/employers from taking it seriously.

I’ll say this for Meadows, however. I know him pretty well (don’t ask why.) He does not have schizophrenia, but he is also not your garden variety GQP shitbag. Whatever Ted Bundy had, Meadows has it. He will size a person up, wrap them around his finger, and pick just the right time to draw a shiv. And he would shit talk Trump to his staff and be on the phone with the orange idiot a minute later begging for a job. I told anyone who will listen not to get too close...he’s a cockroach with serial-levels of charisma and it’s not just heightened political instincts and ego.

So Meadows is a rank career opportunist without a conscience.  No wonder he fits right in with the GQP.

In other words, schizophrenia is not multiple personality disorder.  One of the diagnostic signs for the former is hearing voices that objectively are not present.

Undoubtedly, Boehner meant that Meadows was showing another personality.  Unfortunately, the likelihood of eliminating the wrong use of the word “schizophrenic” is pretty hopeless since most people misuse the word on a regular basis.

The use of schizophrenic to mean split personality, what used to be called multiple personality disorder and is now called dissociative disorder was common years ago and I thought people had learned otherwise. I was wrong. According to this from Web MD it still is:

Myth No. 1: It means you have multiple personalities. This is one of the biggest misunderstandings about schizophrenia. One poll found that 64% of Americans believe the condition involves a split personality, which means someone acts like they're two separate people.

Boehner, like Barry Goldwater before him and Joe McCarthy before him, has entertained reporters for years, after-hours, off-the-cuff and off-the-record, usually after drinks, that in the old days, were also imbibed by his gaggle of enablers from the press.  McCain used to do this sort of thing too, but not, so far as I am aware, with much of an alcohol component.  This is the sort of intimacy and proximity to power so coveted and guarded among the beat journalists on the Hill.  Now, with a new book out, Boehner’s doing on Zoom what he used to do behind closed doors.

Sometimes all the loose talk goes a bit awry, and unintentional hurt results.  Boehner wasn’t trying to say anything bad about the schizophrenics; he was trying to say something a l’il edgy and mean about his successor at the old job.

It’s fun, mostly, for those of us citizens who listen in.  Look what he just said about old so-and so!  But, bottom line: this is a Boehner rehab tour, and as he has before, he’s got reporters lapping up whatever he’s pouring.

Why?  After all his excoriations of his former fellows, when asked, he revealed:  Boehner voted for Trump.  In 2020.

What Boehner said about schizophrenics was ugly for being so thoughtless, off-handed and casual— an unforced error he didn’t even know he was making.

But he knew what he was doing in November.  He voted for Trump, which is merely unforgivable. 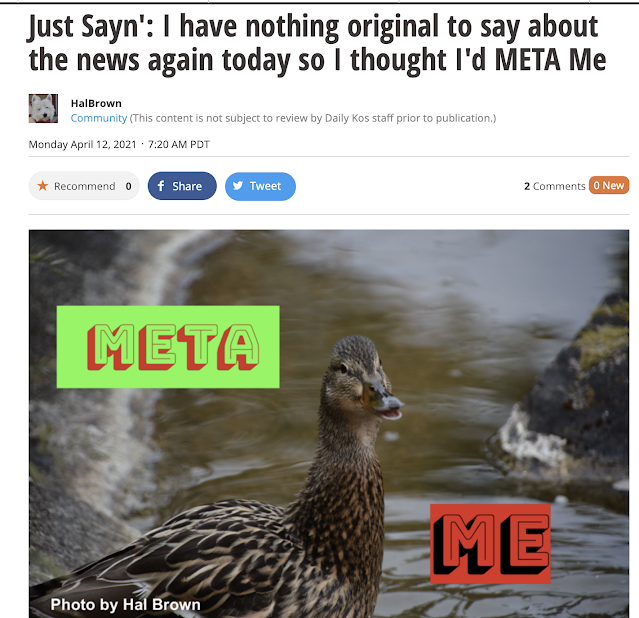 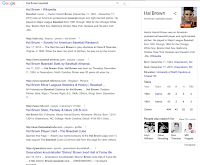 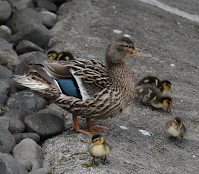 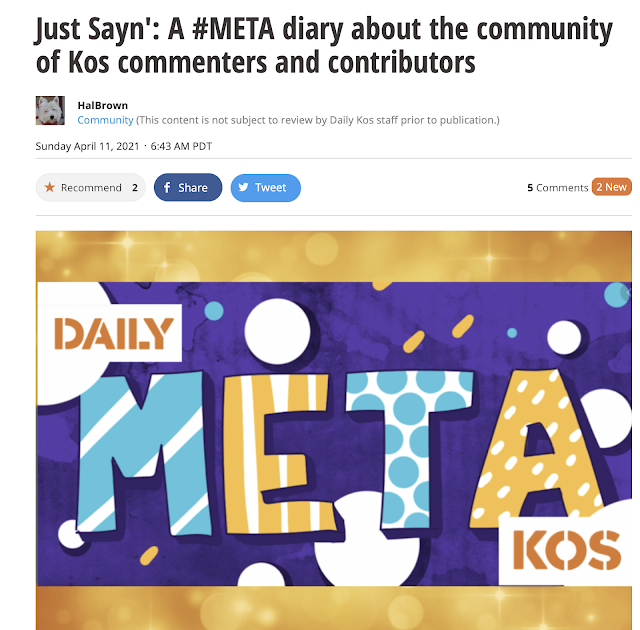 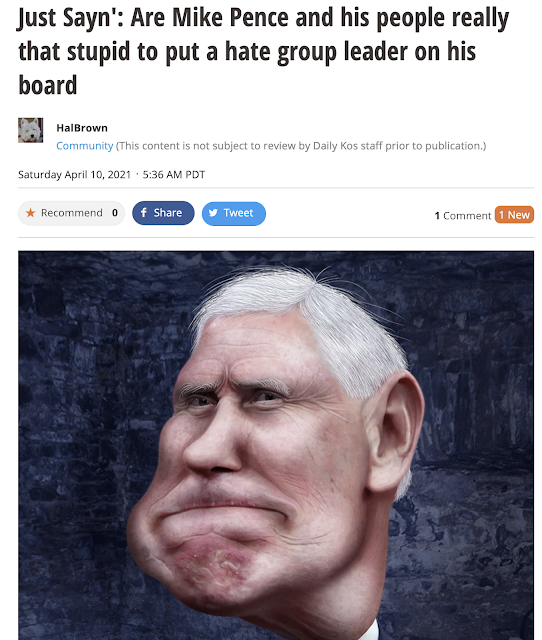 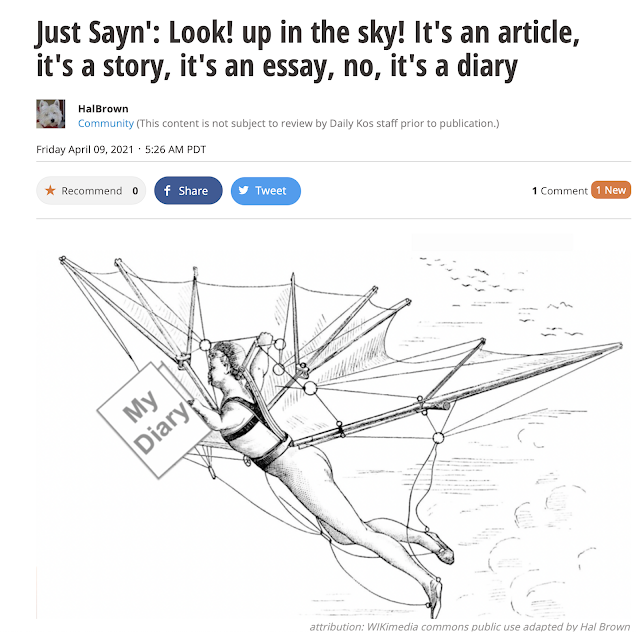 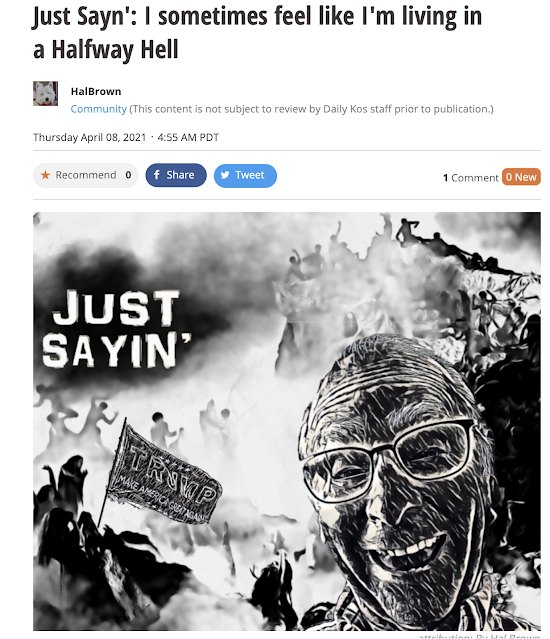 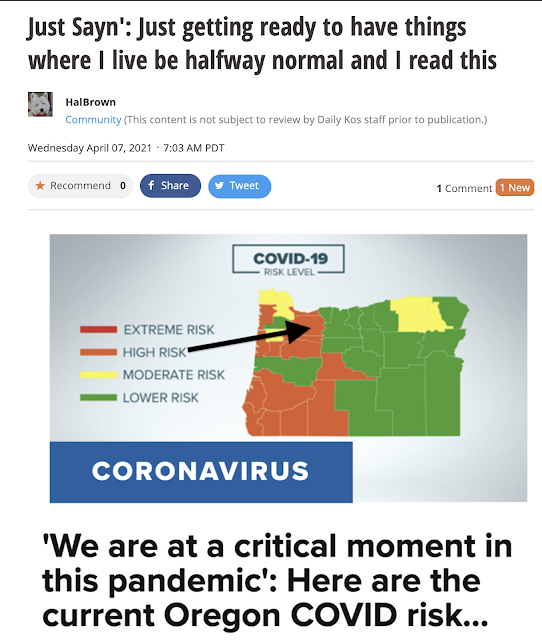 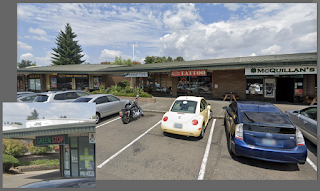 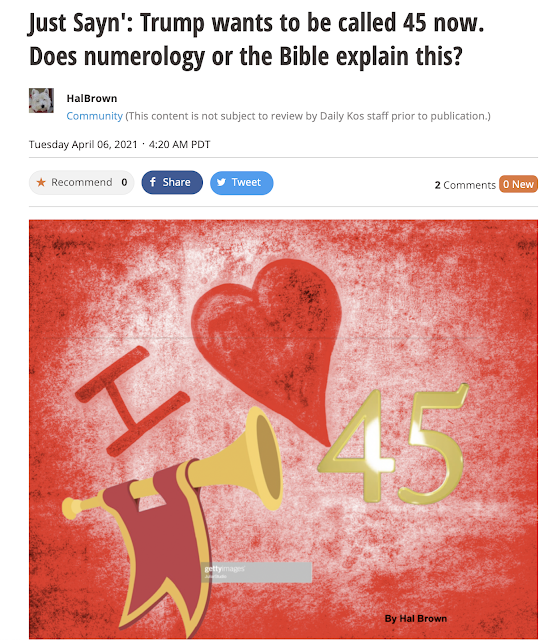 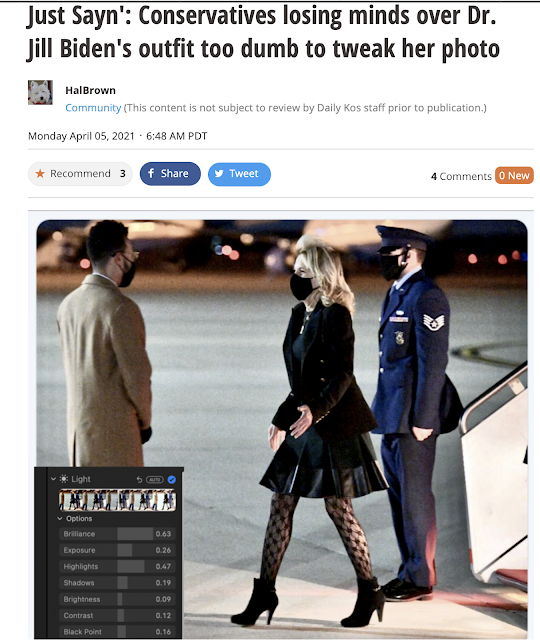 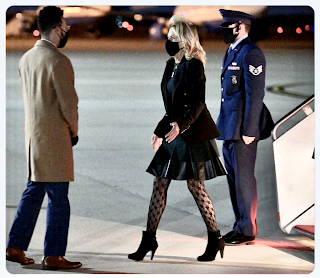 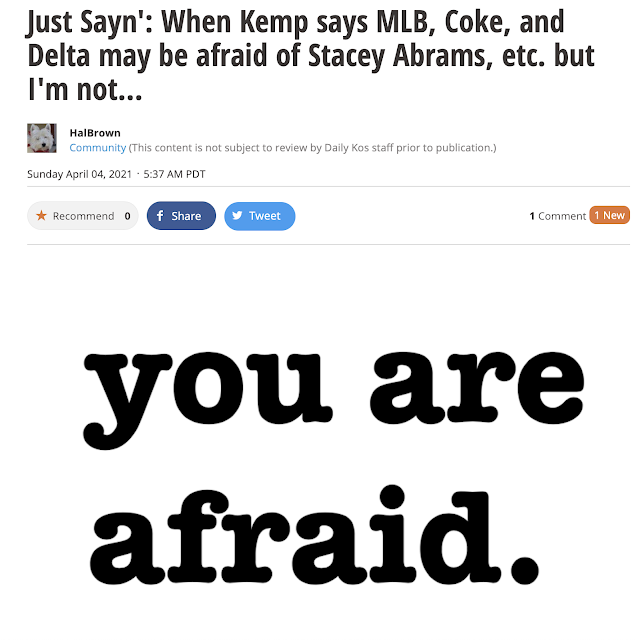 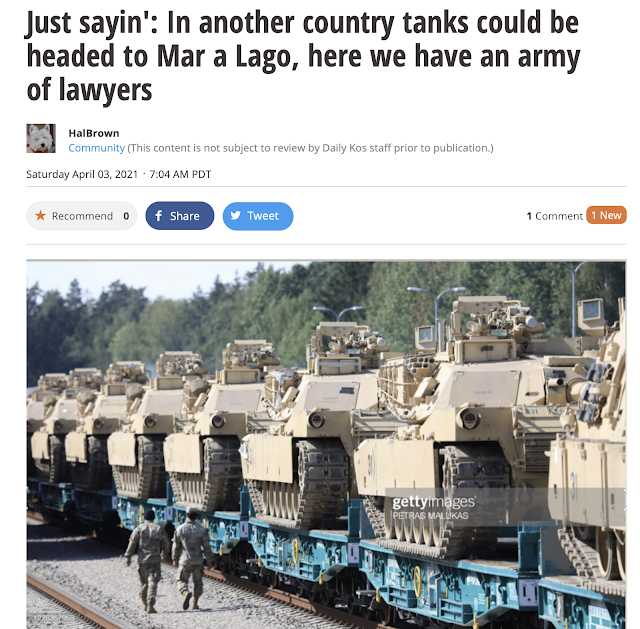 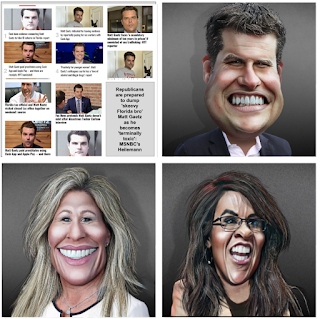 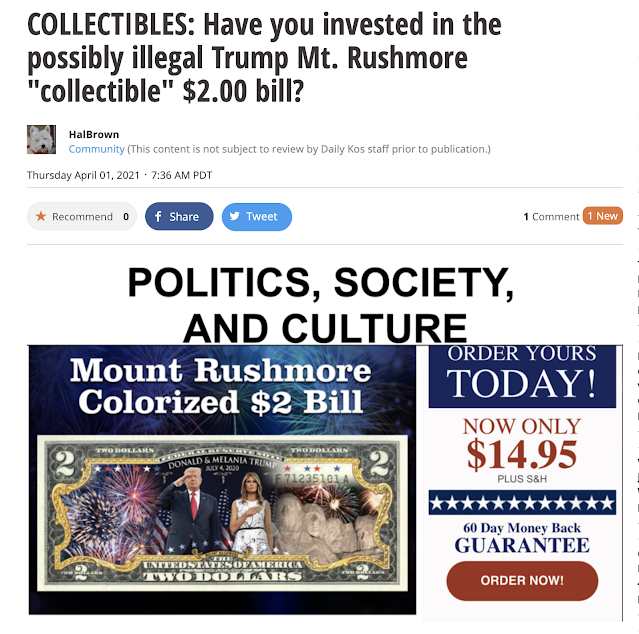