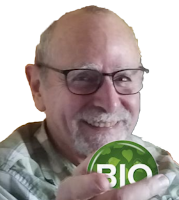 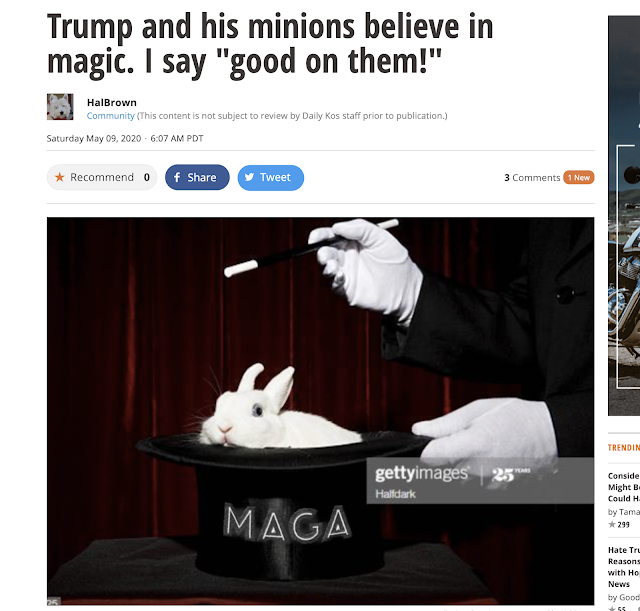 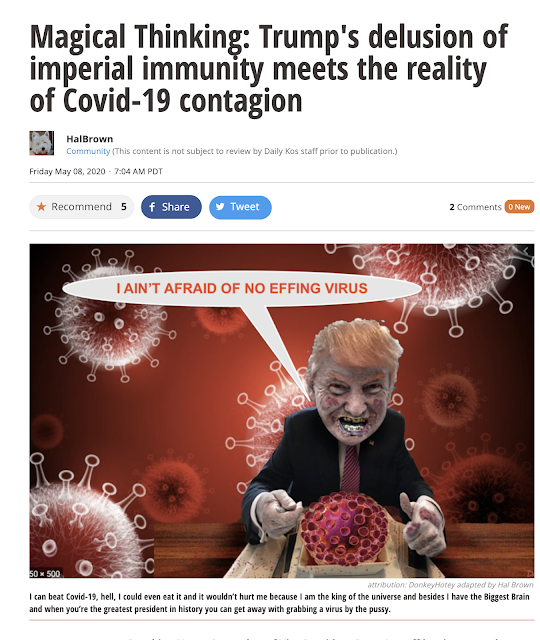 New image on the news that a member of the Pence staff also was diagnosed positive. 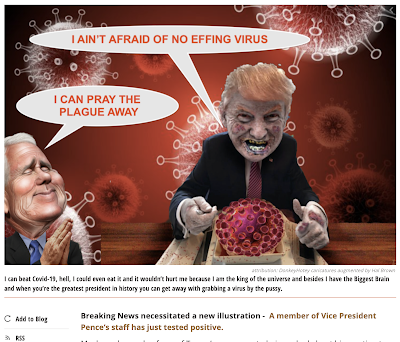 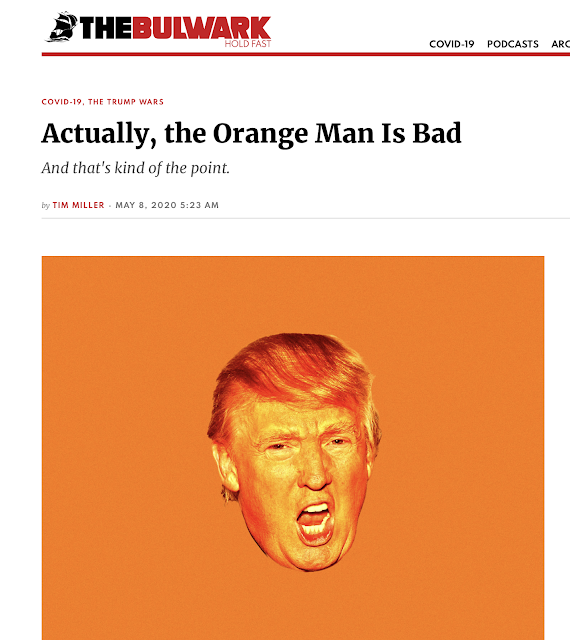 We sit at the most consequential moment in a generation and it is now clear that it is not the case that President Trump doesn’t want to change his behavior. It’s that he is congenitally incapable to moderate it even for a single day.
The malignant self-obsession and childish vitriol only scratches the surface of the man’s flaws. His compulsions aren’t hidden or covered up. They are broadcast for the entire country to see, for hours on end, every day, late into the night.
Here is where the final corruption takes place. Trump’s behavior is so far outside the realm of acceptable that even his supporters have been forced to concede it.
And so, because they are unwilling to abandon Trump, they have chosen to embrace his vile abnormality and wear it as a badge of honor, turning it into a rallying cry to attack anyone who is bothered by the behavior.
“Orange Man Bad,” they say.


As if, by taking ownership of this fact, it somehow invalidates it.


Remember the chicken run climax of "Rebel Without A Cause" where Jim, the James Dean character, jumps out of his car before it careens over the cliff. Buzz, played by Corey Allen, plunges to his death when the strap on his jacket sleeve becomes entangled with his door-latch lever before he can leapfrog the car proving how macho he is. Covid-19 is the door-latch lever. Would it be unkind to wish that Pete Hegseth's jacket sleeve coaches on it?
Posted by Hal Brown at 8:13:00 PM