Back to earlier May. Read the Mueller report

Be careful what you wish for dept:

Germany, from Hitler to Merkel: 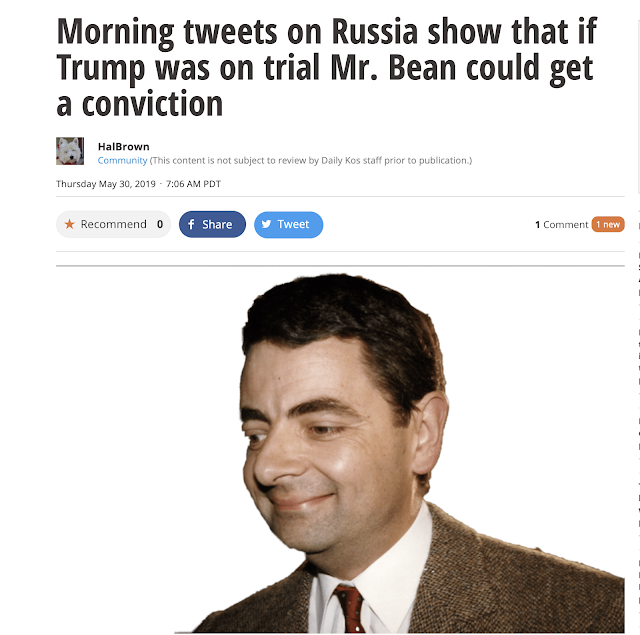 If the band on your MAGA hat has destroyed millions of brains cells and you only watch Fox News, this will explain why you still support Trump:

Trump fixates on IQ as a measure of self-worth - Inquiring minds want to know, has Trump ever taken an IQ test and what did he score?

People who know Trump suspect his IQ obsession stems in part from a desire to project an image of success, despite scattered business failings and allegations of incompetence.

“Sorry losers and haters, but my I.Q. is one of the highest -and you all know it! Please don't feel so stupid or insecure, it's not your fault,” Trump tweeted in 2013. Just last week, the president again referred to himself as an “extremely stable genius,” and he has spent years insisting has a high IQ score, though he has never revealed the exact number. When a Twitter critic challenged him in 2013 to prove his high IQ, Trump responded simply, “The highest, asshole!”


Here's what the high IQ president thinks he knows

Trump thinks the courts might save him from impeachment. It doesn’t work like that. The president is profoundly confused about the Constitution: A session with reporters whether he’s concerned about getting impeached, Trump said, “I can’t imagine the courts allowing it."Trump likely got the idea that impeachment could be appealed to the courts from Alan Dershowitz, a staunch Trump defender who regularly appears on Fox News and penned a recent book called  "The Case Against the Democratic House Impeaching Trump" which suggests “[w]ere a president to announce that he refused to accept the actions of the Senate in voting for his removal … and that he would not leave office unless the Supreme Court affirmed his removal, the people might well agree with him.” 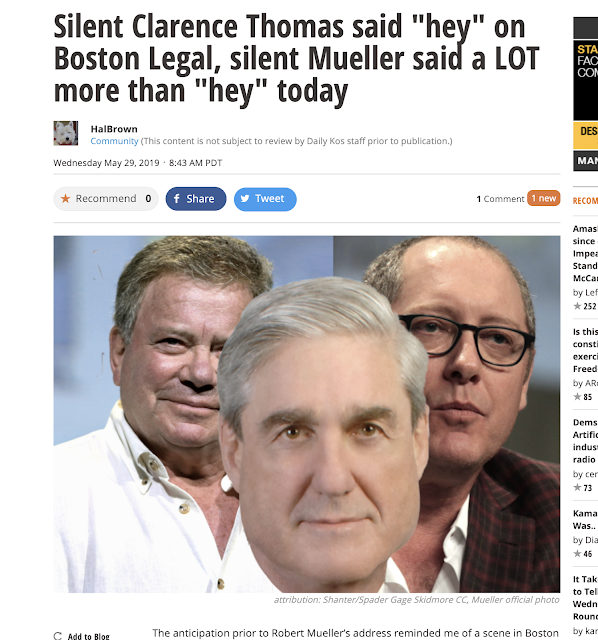 This is a long interview but well worth at least skimming if you become so outraged you can't read it in its entirety: 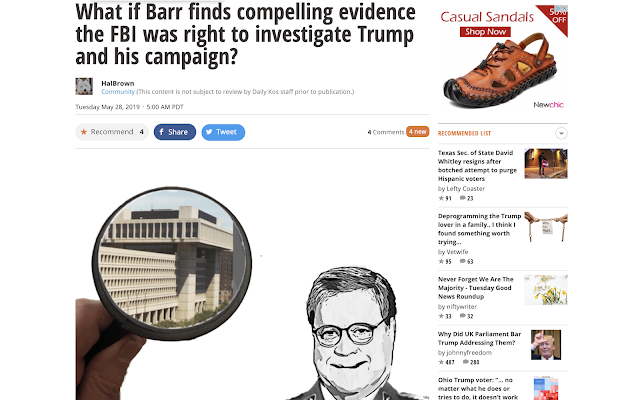 The special counsel's office denies it, but who do we believe? Mueller drew up obstruction indictment against Trump, Michael Wolff book claims

Excerpt: Barr said he had judged the instances of possible obstruction not to be conclusive. Trump and his supporters have claimed total exoneration. Democrats in Congress are weighing whether impeachment is merited.
Advertisement
And yet Wolff reports that Mueller’s office drew up a three-count outline of the president’s alleged abuses, under the title “United States of America against Donald J Trump, Defendant”. The document sat on the special counsel’s desk, Wolff writes, for almost a year.
According to a document seen by the Guardian, the first count, under Title 18, United States code, Section 1505, charged the president with corruptly – or by threats of force or threatening communication – influencing, obstructing or impeding a pending proceeding before a department or agency of the United States.
The second count, under section 1512, charged the president with tampering with a witness, victim or informant.
The third count, under section 1513, charged the president with retaliating against a witness, victim or informant.

and then there's this excerpt:

According to Wolff, Mueller endured tortured deliberations over whether to charge the president, and even more tortured deliberations over the president’s power to dismiss him or his boss, the then deputy attorney general, Rod Rosenstein. Mueller ultimately demurred, Wolff writes, but his team’s work gave rise to as many as 13 other investigations that led to cooperating witness plea deals from Michael Cohen, David Pecker of American Media and Trump Organization accountant Allen Weisselberg.
“The Jews always flip,” was Trump’s comment on those deals, according to Wolff.
May 27, 2019 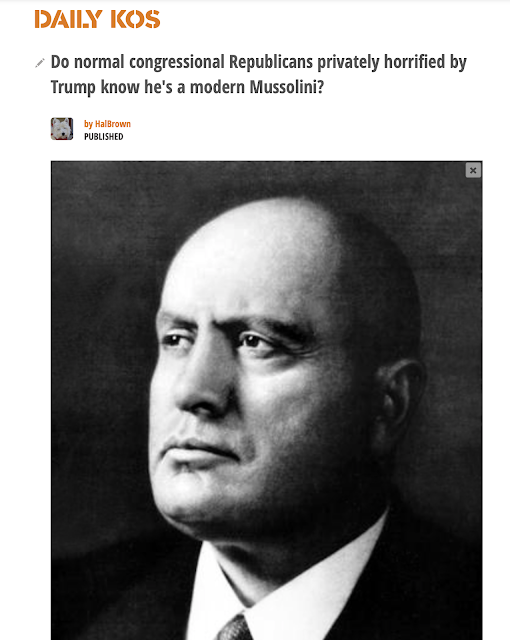 The Old Scourge of Anti-Semitism Rises Anew in Europe

By The NT Times Editorial Board

Where are the "normal Republicans" E.J.Dionne describes?

This fact underscores a widespread misunderstanding about our politics. “Normal” Republicans are regularly described as privately horrified with Trump. Trump is said to have engaged in “a hostile takeover” of the GOP.
May 26, 2019 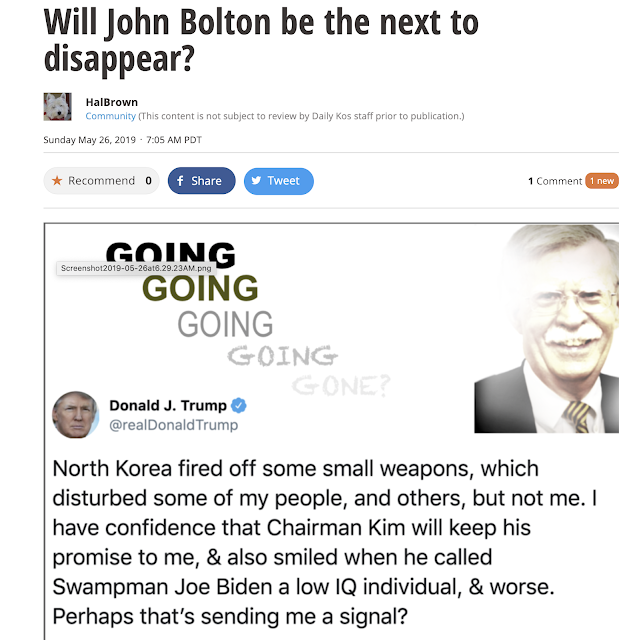 Howard Stern: Trump Needs Therapy For Childhood "Trauma"; Wanted Me To Endorse Him, Speak At RNC

Is Trump a Psychopath?

Hard to believe that on the day that Trump misspelled Joe Biden's name (Bidan in a tweet) HuffPost misspelled Japanese (Japenese). First time I've sent them a correction. Let's see if and when they correct it. 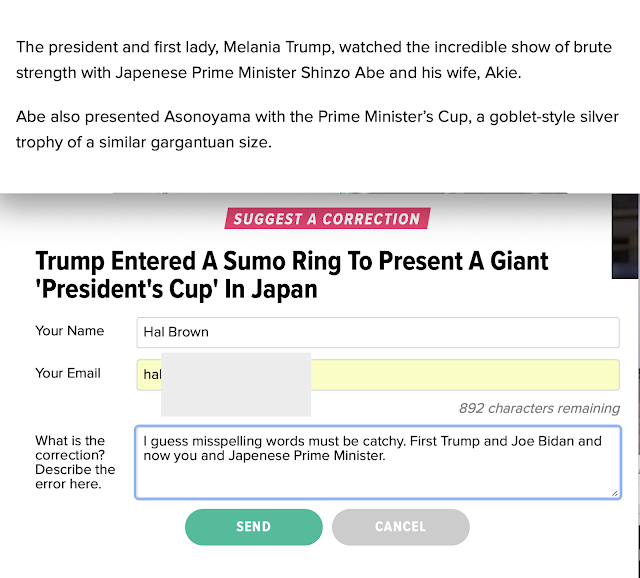 Today's photoshop by yours truly: 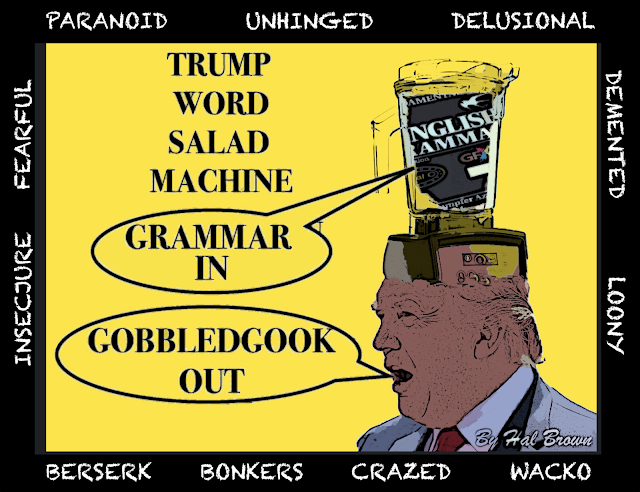 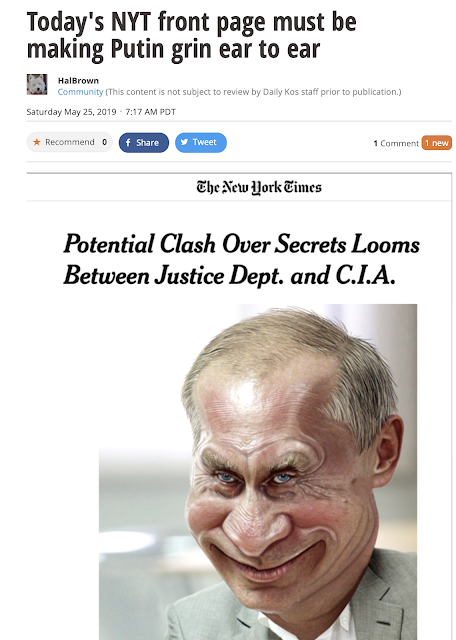 And in fact, Mueller must correct the record. Trump and his supporters — including Attorney General Bill Barr — have lied and misled the public extensively about the report and the investigation. Trump has lied about and endlessly smeared Mueller himself. Mueller’s job isn’t done until he has helped debunk and challenge these lies.
Obviously, this is not a role Mueller wants to play. It will, inevitably, turn him into something of a political figure. But even if he just sees himself as a prosecutor and fact-finder, challenging lies remains a central part of his duty. Defending his work is part of his duty. He will surely insist that it’s not his call whether Trump deserves to be impeached — but he has an important role to play on behalf of those who make that decision.
Somewhat ironically, Mueller could learn something from former FBI Director James Comey. Comey has been extensively criticized for his tendency to make public pronouncements about federal investigations — and I certainly agree that he made mistakes by going too far in this direction. But Comey understood and understands the power and the importance of speaking publicly — even engaging in a bit of spectacle — when needed. Mueller could learn something from that.
Someone on MDSNBC said that Mitch McConnell could decide not to try Trump in the Senate. It's complicated:

Can the Senate Decline to Try an Impeachment Case? 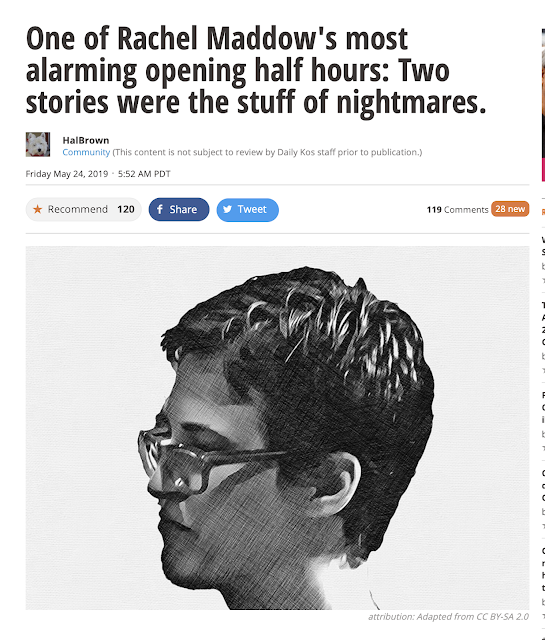 Afternoon: Man who give disgusting pigs a bad name Trump insults Nancy Pelosi’s intelligence in the middle of his farm bailout speech 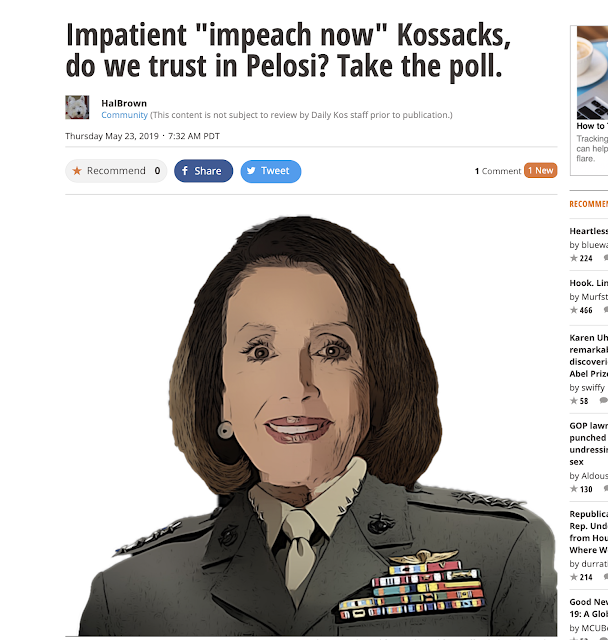 Read the comments to this article which prompted me to write the following, and consider registering on Daily Kos so you can add you comments there.

1) This was meant to be a binary choice poll. You can call me “dude”  or suggest I should work for Fox News, breaking the accepted practice of not insulting each other, or you can use the prejorative term push poll, or extraordinarily say my diary is almost flag worthy (see the entire comment from Terrapin).
Someone said that my illustration showed bias. The fact is that Pelosi is the equivalent of the Democrat’s four star general. This is one of the main reasons Trump is afraid of her. I may disagree with her on some issues but I accept her as the leader of the party.
2) The fact is that there are two primary camps in this debate among Democrats is reflected in the wording of poll question. I could have had three choices but I collapsed the two ways to impeach into one as explained in the question to take a general snapshot of reader opinion.
3) My sense from many of these comments is that lots of you went right to the poll and didn’t read the diary.
4) The majority of Daily Kos readers are quite capable of debating their differences without insulting each other. To debate is not sowing descension is is to prompt discussion. That is your right but consider that these diaries don’t write themselves and I hope to offer food for thought in what I include to supplement a poll.

Any doctors or neurologists reading this? What do you make of the differences between Trump's eyes? One is noticably open wider than the other. 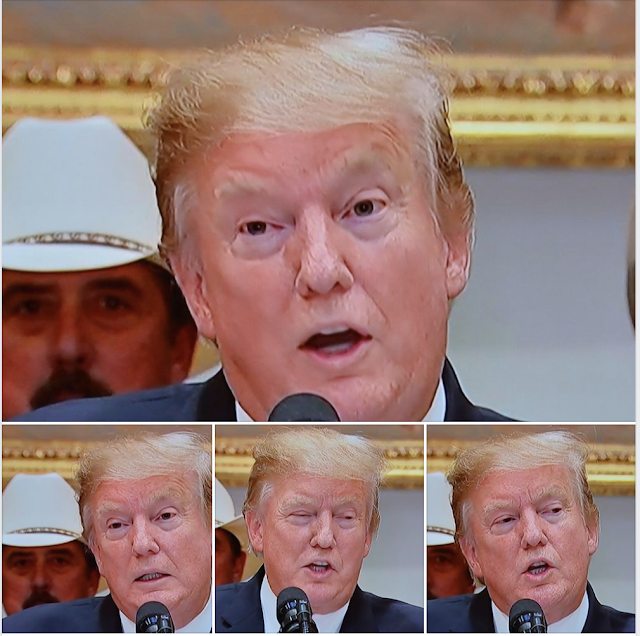 During his Rose Garden performance, the president once again fell into the extremely creepy habit of referring to himself in the third person. (“They hated President Trump. They hated him with a passion.”)
He also began calling impeachment “the I-word,” which can be very confusing on what was supposed to be Infrastructure Day.
“Whether or not they carry the big I-word out … when you look at all I’ve done …” he rambled on, marching into the bog of self-pity, stopping to admire his many fictional accomplishments. (“Largest tax cut in the history of the country.”). Gail Collins

Quote: People often describe him (Trump, who else?) as “unraveling,” but that implies he was once fully knitted. Whatever his mental starting point, those seeking the method in Trump’s madness lately have encountered less of the former and more of the latter.  Dana Milbank, Trump is tranparently mad.
May 22, 2019 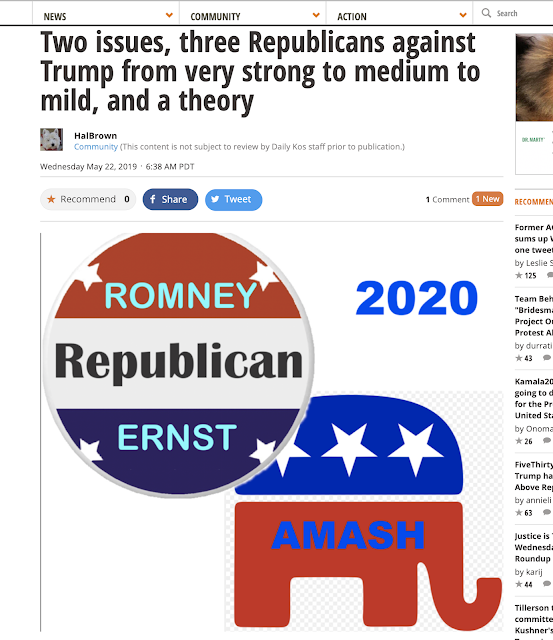 Trump in his unannounced "news conference" today, railing against the Democrats. Look at his eyes!

Why we should all care about Pete Buttigieg’s big Fox News mistake - read or article of just my take on the gist of it: When a Democrat appears on Fox it boosts their claim that they are a real news network.

“As somebody that truly believes in the rule of law, as somebody that has practiced law and is an attorney, I would advise you, Secretary, to get personal legal advice because the cover-up of this administration, it goes beyond just providing the taxes. I think you need to be very, very clear about what your role is and what your responsibility is to the American people. This goes beyond just providing taxes. It goes [to] transparency and the fact that no one is above the law. So, Secretary, please seek out legal advice personally about what your obligations are because the Department of Justice is not protecting you, it’s protecting the president. 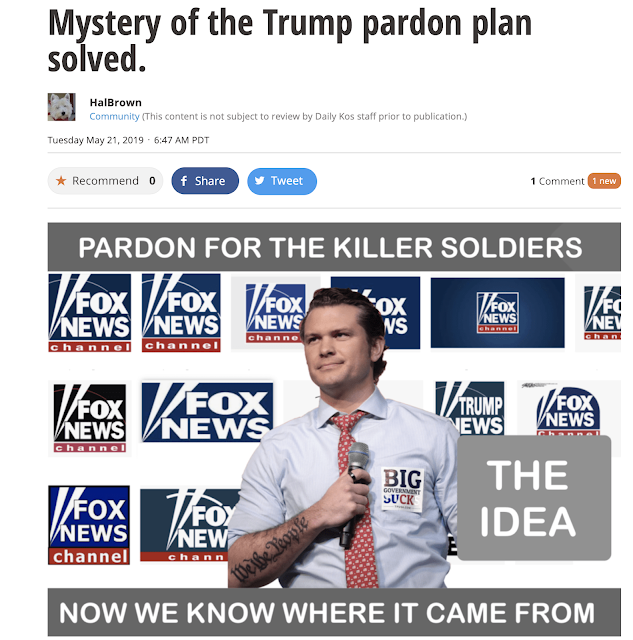 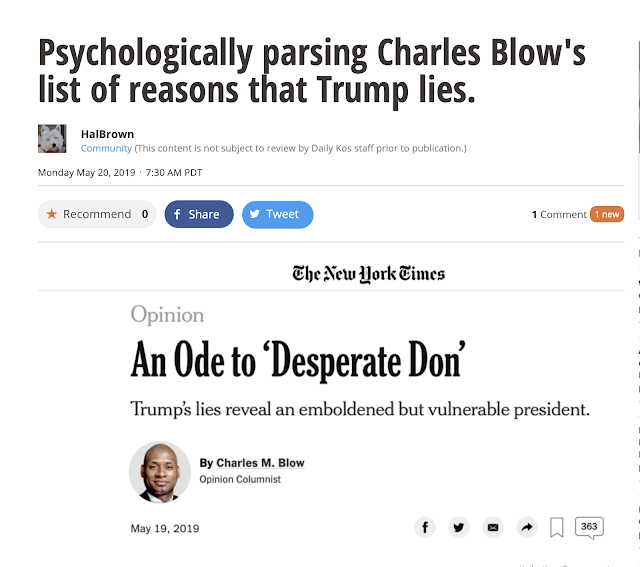 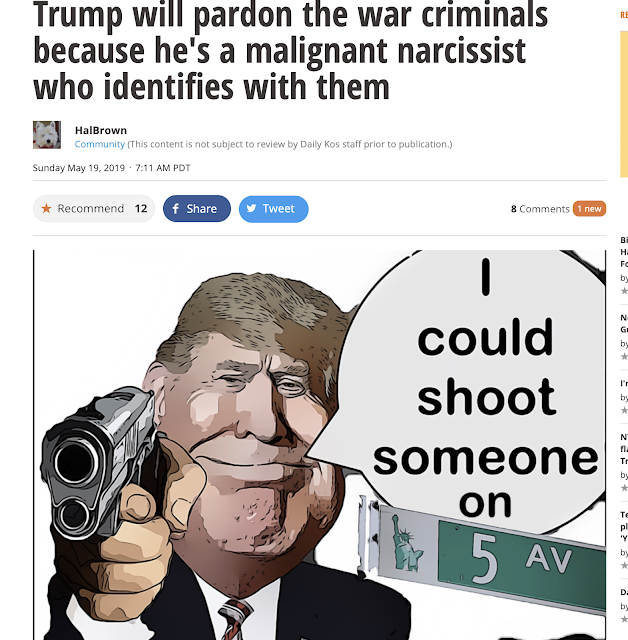 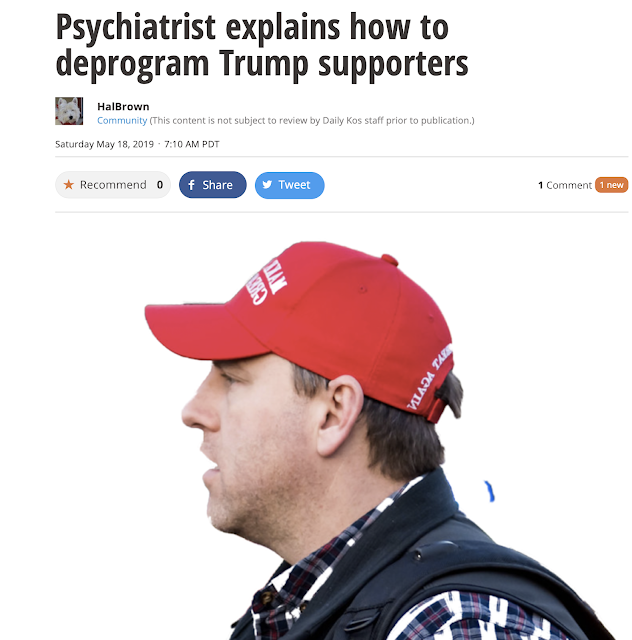 A factoid from a Kathleen Parker WaPo OpEd:

.... the correct term for “heartbeat” is “fetal pole cardiac activity,” because at six weeks, said embryo doesn’t have a cardiovascular system and, therefore, no fully formed beating heart.


I missed this one from an October Esquire, great photos:


My Visit to the Trump Dump.... Sorry, Trump Tower 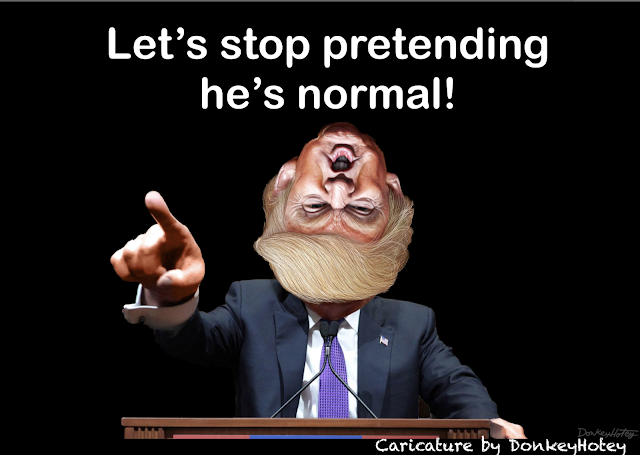 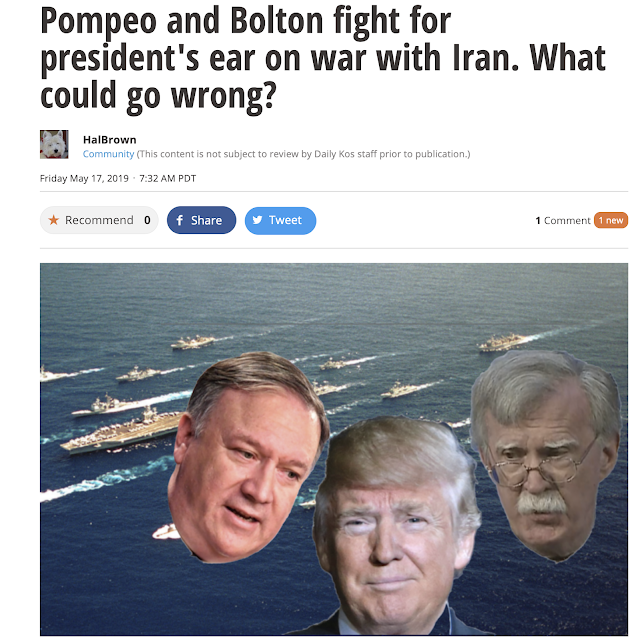 Anti-abortion laws: how bad can it get? Mulitply the horrible cases here by 1,000.

The Republican Party is on the road to mass lockups for women who have miscarriages, by Thom Hartmann


Yale psychiatrist Bandy Lee, editor of The Dangerous Case of Donald Trump, explains how to deprogram Trump supporters who’ve been sucked into the vortex of his lies