Huffpost had to update their article this morning because of Trump's latest tweets: 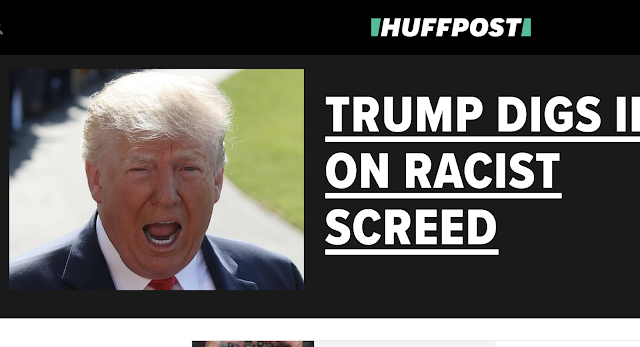 This is what HuffPost added:

Trump on Monday rekindled his attack with more tweets, going so far as to accuse the congresswomen of “racist hatred.” The president, who has frequently used profanity, also demanded that the lawmakers “apologize...for the foul language they have used” — likely referring to Tlaib calling on Congress after taking office in January to “impeach the motherfucker.” 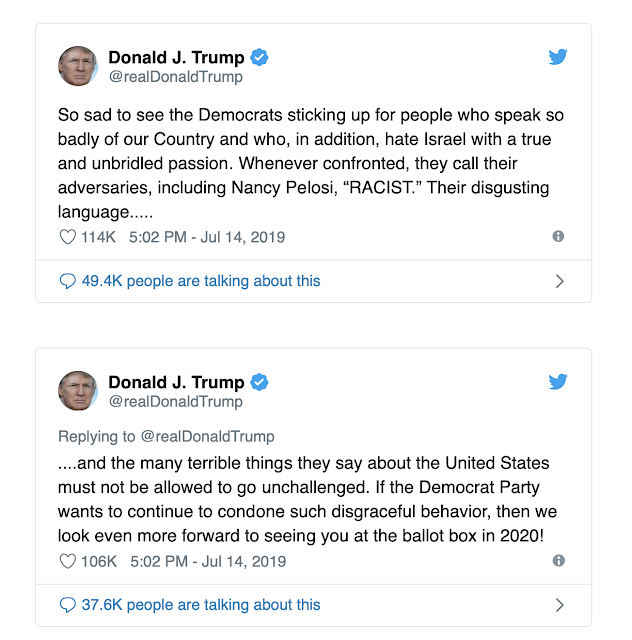 So sad to see the Democrats sticking up for people who speak so badly of our Country and who, in addition, hate Israel with a true and unbridled passion. Whenever confronted, they call their adversaries, including Nancy Pelosi, “RACIST.” Their disgusting language..... From the President of the United States.

This is from the NY Times:

WASHINGTON — President Trump on Monday increased his attacks on four freshman Democratic congresswomen and warned the party about uniting “around the foul language & racist hatred spewed” from the four American women whom he recently told to “go back” to their own countries.

Fellow Republicans have been reluctant to publicly respond to Mr. Trump’s comments, widely seen as racist and directed at four liberal Democrats who have been at odds with the party leadership: Representatives Alexandria Ocasio-Cortez of New York, Ilhan Omar of Minnesota, Rashida Tlaib of Michigan and Ayanna S. Pressley of Massachusetts. Three of the four were born in the United States.

[Analysis: No president in modern times has made appeals to the resentments of white Americans as overtly as President Trump.]

Instead of walking back his remarks, Mr. Trump accused the women themselves of using racist hatred and demanded that they issue their own apologies to him and “the people of Israel.”

A day has passed without prominent Republicans stepping forward to disagree with President Trump’s notion that four minority congresswomen who have been critical of his approach to immigration enforcement should “go back and help fix the totally broken and crime infested places from which they came.”
Insinuating that people of color are foreigners, the president used a trope broadly viewed as racist when he tweeted on Sunday morning that the Democratic women, only one of whom was born outside the United States and all of whom are American citizens, “originally came from countries whose governments are a complete and total catastrophe."

The silence of Republican leaders appeared to suggest either that they agreed with the views expressed by their standard-bearer or that he has so effectively consolidated his control over their party that they have grown disinclined to voice dissent.

The president is a racist, in his words and his actions.
Before you go clutching your pearls and extolling the virtues of “civility,” let me say this: Put a sock in it.


This is not a new revelation, nor is it something that we can continue to ignore as though it were coming from a drunk uncle at the family barbecue. Bigotry is dangerous and, coming from our nation’s commander in chief, it can mean an inability to recognize individual humanity and a failure to act with moral authority in times of crisis. Every person talking about his clothes as he cheerfully bares his ass is part of the problem.

Obviously the people he attacks are rubber, and he is glue, and every racist screed he spews bounces off them and sticks to him.

Here’s ether an odd coincidence or a bit of mental telepathy. I was in a half-sleep just about to wake up and I was thinking how incomprehensible it is that America is being run by a president who engages in the behaviour I describe here.  Then, as I generally do, I turned on Morning Joe on the bedroom TV and  former WI Sen. Claire McCaskill was saying the exact — and I mean virtually in the same words  I was thinking — not 30 seconds from when I was thinking it. Then Joe went on toe talk about a president who lived to have the adoration of his rally crowds. They were taking about his racism and how so many in his family are immigrants — white immigrants.

Now looking at the photoshop I used yesterday  I see how it seems like Trump is rotting away from cancer and shedding his malignant cells from his arrogant unabashedly racist core. It's not just that he stinks, even manure and scum is useful for fertiliser, it is that he's contagious. 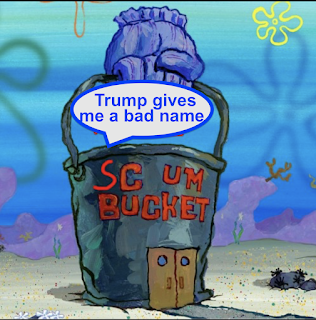 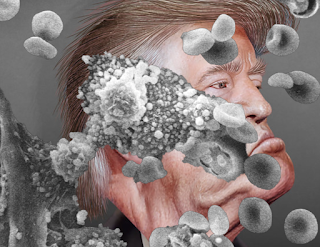 Mike Pence visits a crowded immigrant detention center: “This is tough stuff” but it's the Democrats fault - rot in Hell so-called Christian. 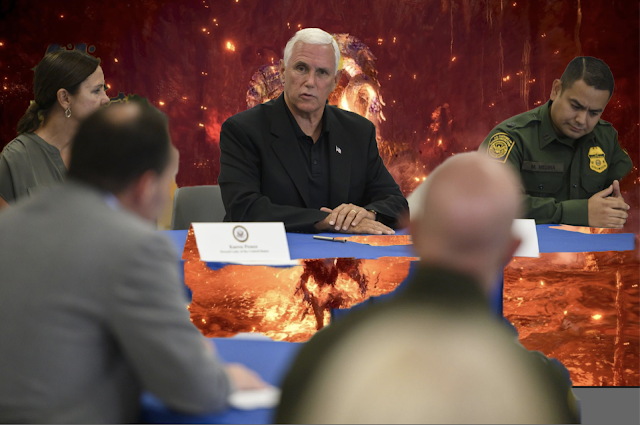 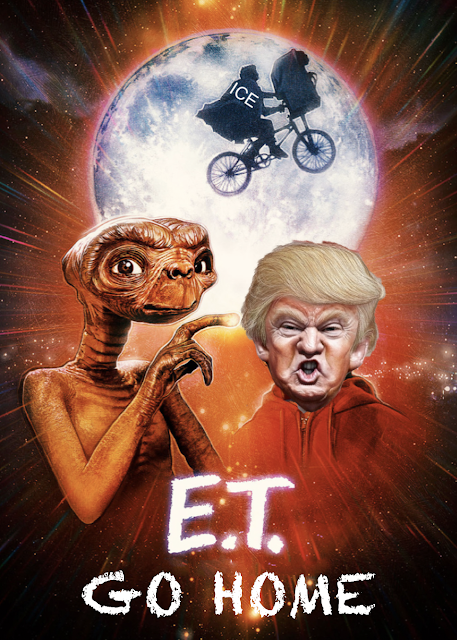 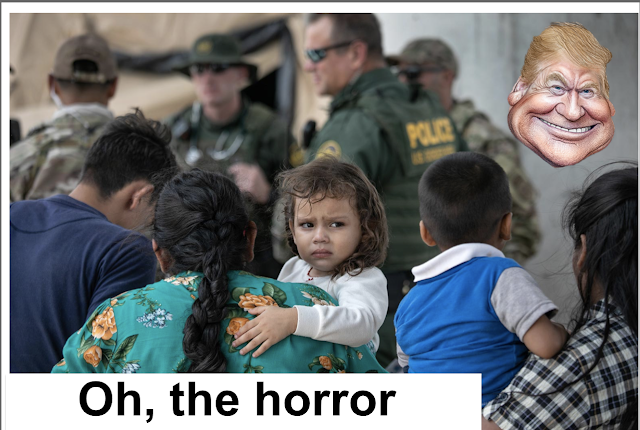 This is a good article: 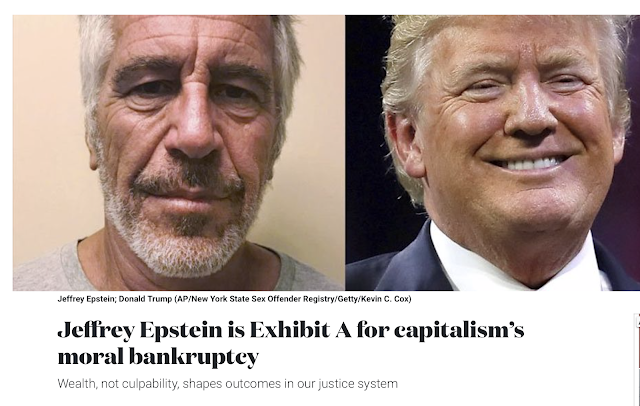 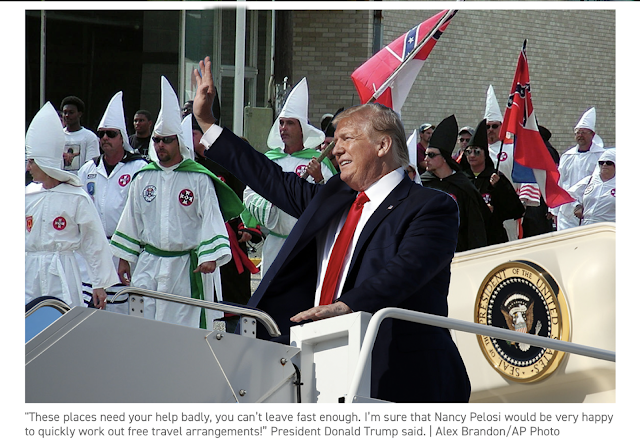 Trump tells Dem congresswomen: Go back where you came from


President Donald Trump on Sunday called out progressive Democratic congresswomen and said “why don’t they go back and help fix the totally broken and crime infested places from which they came.”


While the president didn’t mention them by name in his tweets, it appears he was attacking Rep. Ilhan Omar (D-Minn.), a native of Somalia, and possibly Rep. Rashida Tlaib (D-Mich.), whose family is Palestinian. Both have been outspoken when it comes to Trump’s administration and the conditions of migrant detention centers on the border.


“So interesting to see 'Progressive' Democrat Congresswomen, who originally came from countries whose governments are a complete and total catastrophe, the worst, most corrupt and inept anywhere in the world (if they even have a functioning government at all), now loudly and viciously telling the people of the United States, the greatest and most powerful Nation on earth, how our government is to be run,” the president wrote on Twitter.


Tlaib was born in the United States and Omar is an American citizen.


“Why don’t they go back and help fix the totally broken and crime infested places from which they came,” he added. “Then come back and show us how it is done. These places need your help badly, you can’t leave fast enough. I’m sure that Nancy Pelosi would be very happy to quickly work out free travel arrangements!”

Check this out. If you only read Fox News online this is only what you'd know about ---


Hopefully this is a list of all the places, one of which is where Ep-pvert will spend the rest of his life.
...

because it has a special program described in this article.


These disturbing videos are excellent: 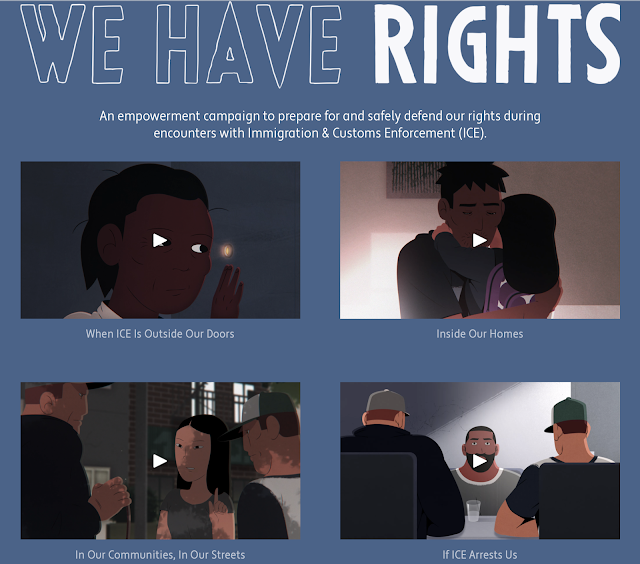 These tweets are funny:

Quote of the day from a White House official about not invited the most extreme social media personalities:

“Why on earth would we do that? We aren’t that stupid. Come on.”

In other words we are stupid, but not THAT stupid. 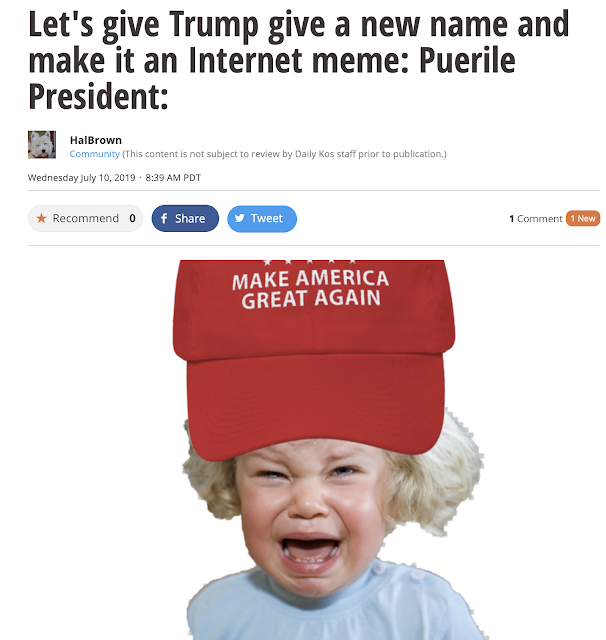 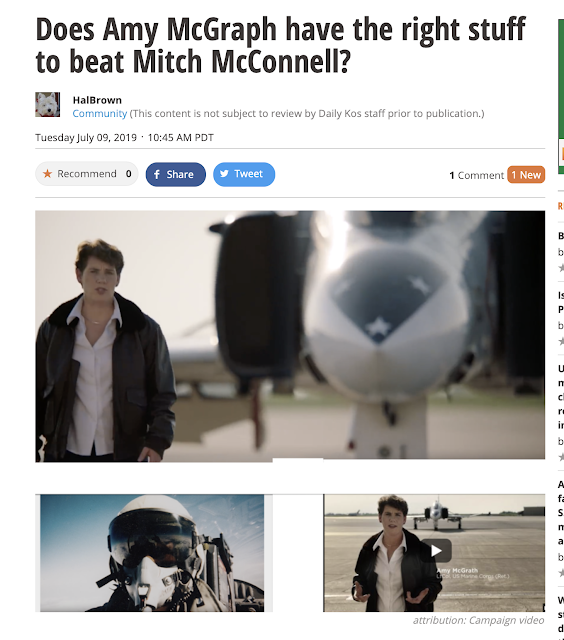 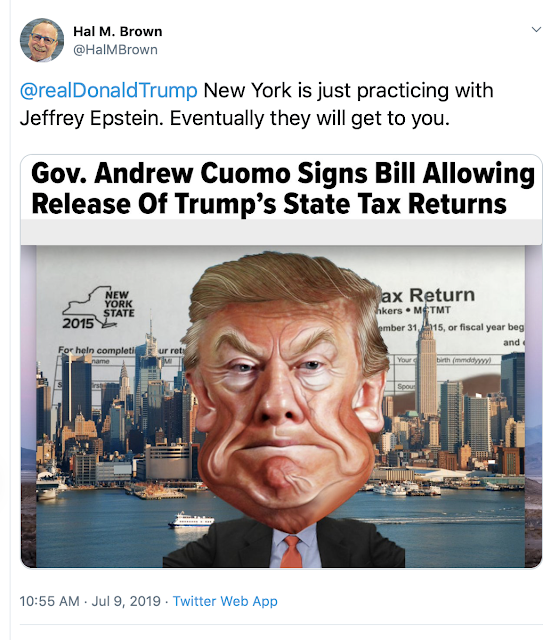 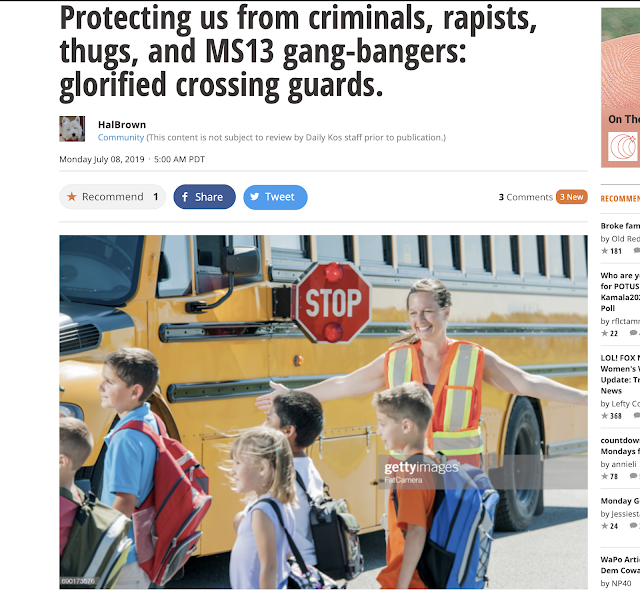 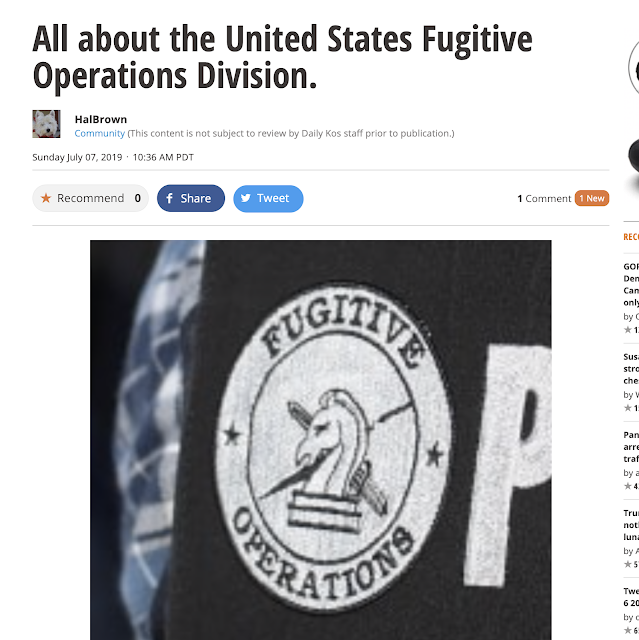 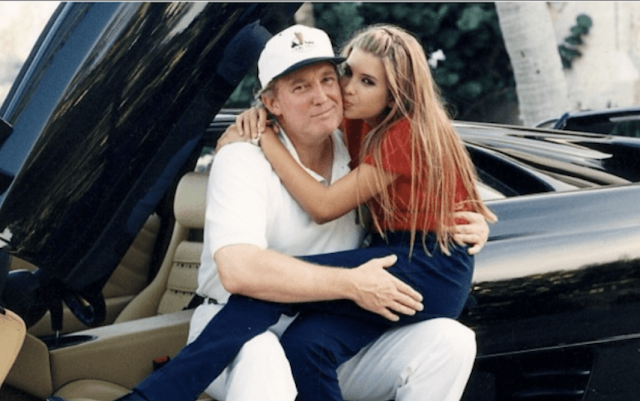 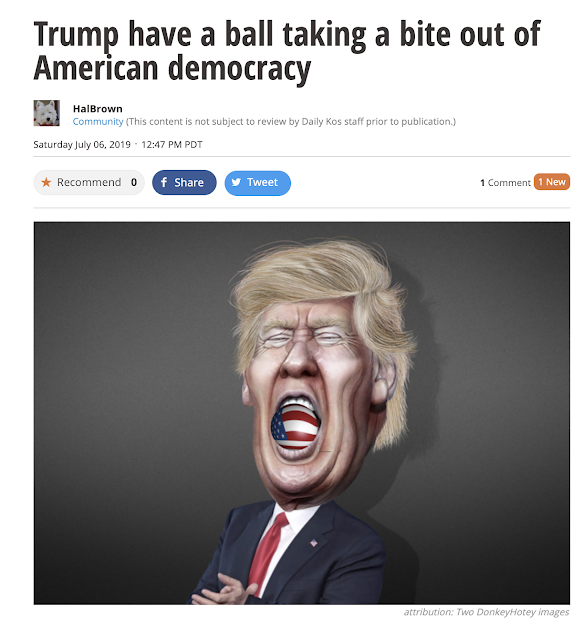 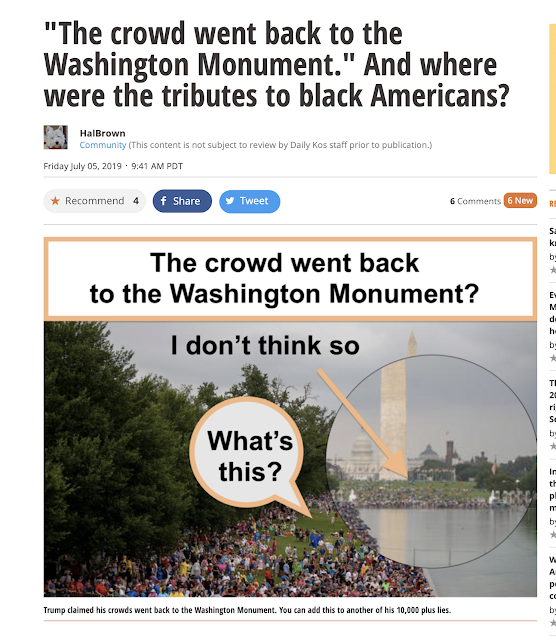 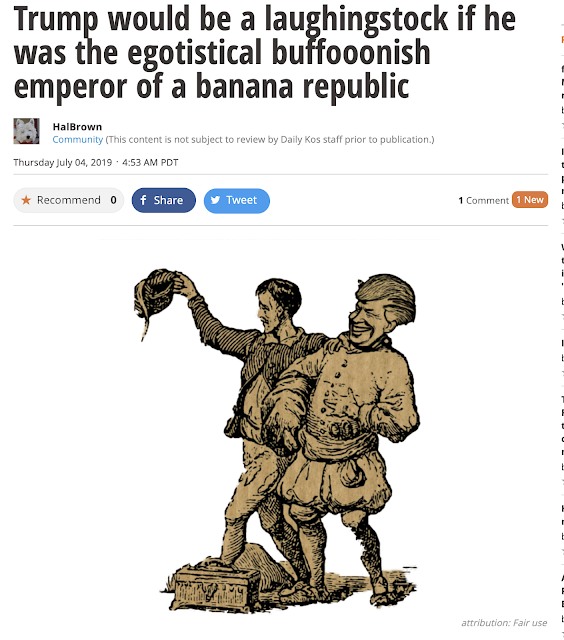 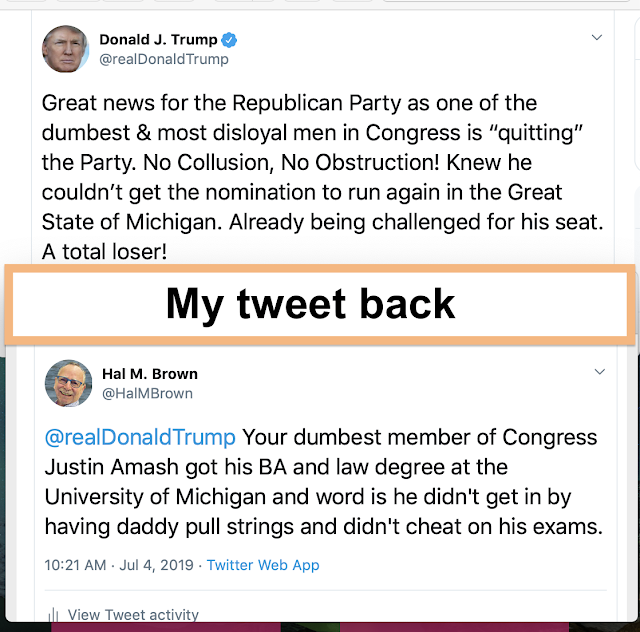 This is how my photoshop looks on the front page of daily Kos so those who want to see it have to click to enlarge it. 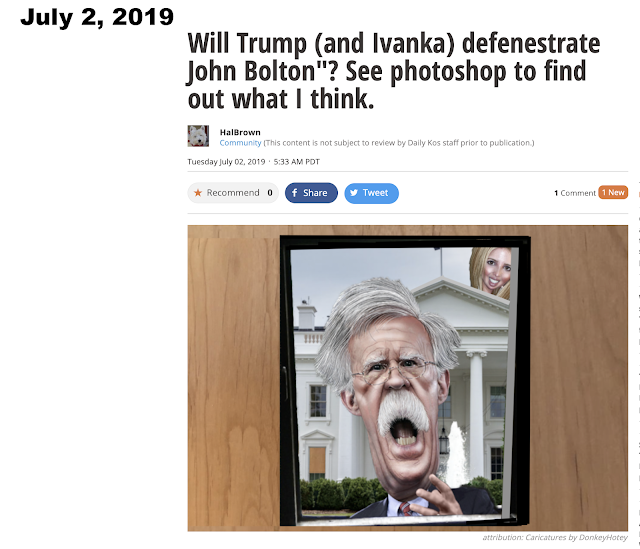 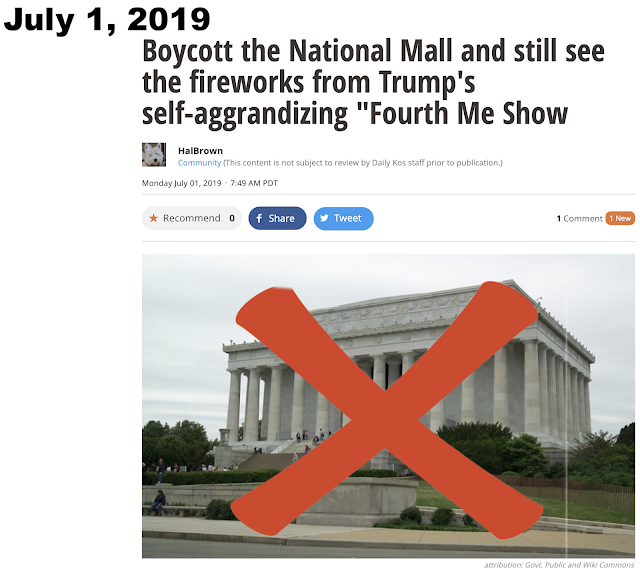 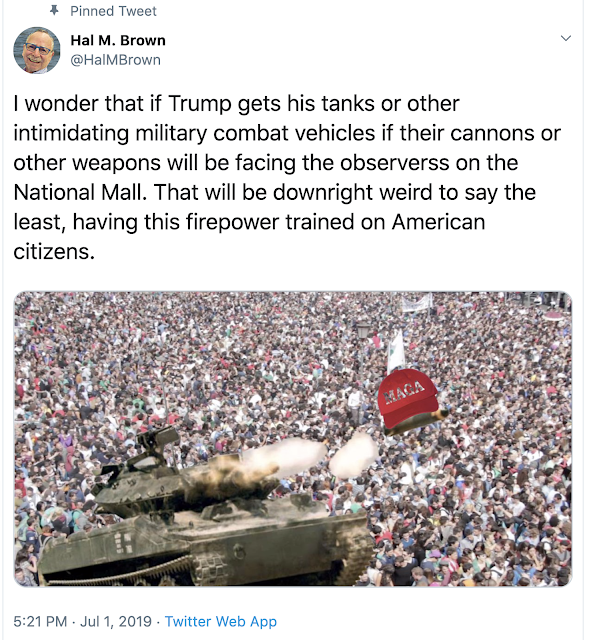