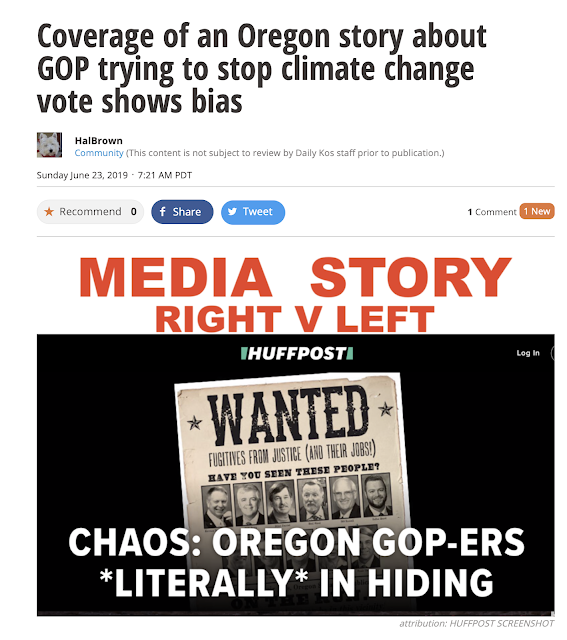 This is from my psychoanalyst friend: 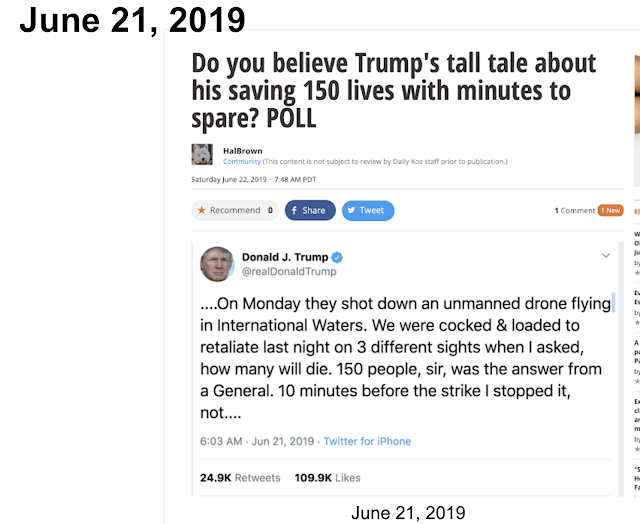 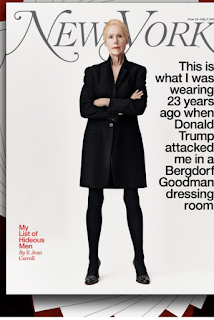 Read about how In a just world Trump would be in prison for sexual assault.

I never heard of her before yesterday, however she obviously has many fans and followers and among them she has a lot of credibility. Unless you count from Stormy Daniels she is the only celebrity to accuse Trump of sexual assault. Wikipedia tells Elizabeth Jean Carroll (born December 12, 1943) is an American journalist and advice columnist. Her "Ask E. Jean" column has appeared in Elle magazine since 1993, and she was ranked as having one of the five best magazine columns. Read more here.

---------
This is from the NY Magazine article which as a photo of someone from the back who sure looks like Donald Trump.

Read: E. Jean Carroll says it would be ‘disrespectful’ for her to file First Degree Rape charges against Donald Trump

Asked "why not" by Lawrence O'Donnell she said:
.
“I would find it disrespectful of the women down on the border raped around the clock without any protection. They’re young women you know there by the thousands. The women have very little protection there. It would just be disrespectful. Mine was three minutes. I can handle it. I can keep going,” she explained. “My life has gone on, I’m a happy woman but for the women down there and for the women — actually around the world, and every culture this is going on. No matter high or low in it just feels disrespectful that I would bring — it just doesn’t make sense to me.”

Carroll’s account is supported by the sheer number of claims that have now surfaced against Trump — claims in which women have accused Trump of engaging in unwelcome or forcible sexual conduct or assault against them. These claims — all denied by the president — far outnumber the publicized sexual misconduct incidents that involved Clinton, which mostly concerned rumors or allegations of consensual affairs.
And as if to bring things full circle, Carroll’s account is also of course supported by Trump’s depraved remarks on the “Access Hollywood” video, of which there was simply no equivalent in Broaddrick’s case. Whatever else he may have done, Clinton never made a video like that. What Trump described on the video is exactly what Carroll says he did to her.
Finally, no controversy involving Trump would be complete without at least one utterly brazen, easily disprovable Trumpian lie. In his statement denying the rape allegation, he added the claim that “I’ve never met this person in my life.”
If Trump had even bothered to glance at Carroll’s published account, he would have seen a photograph of himself and his then-wife, Ivana, from 1987 ― in which he was amiably chatting with Carroll and her then-husband. By making the absurd and mendacious assertion that he never even met Carroll, Trump utterly annihilates the credibility of his claim that he didn’t assault her.
..LOCAL.. 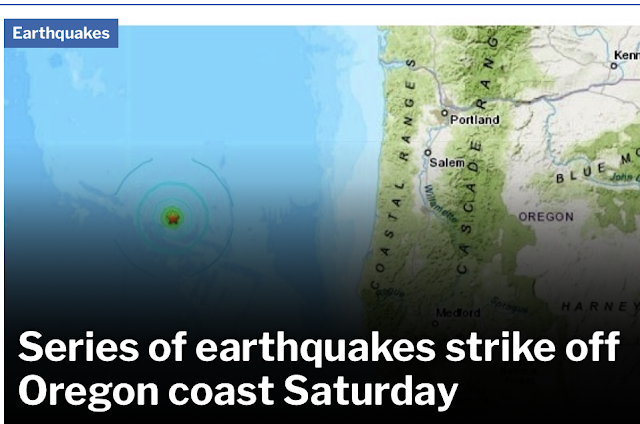 The planes were in the air.
My reaction to this is simple and not worth writing further about. I summarised it in a tweet:

This is how HuffPost front-paged the story. 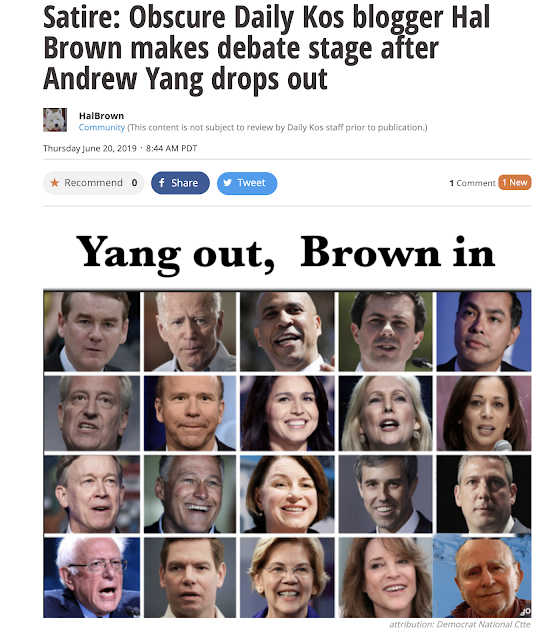 June 18, 2019
Weds. afternoon edition: Watch out for Trump Two-point-zero - The Next Donald Trump Will Be Worse 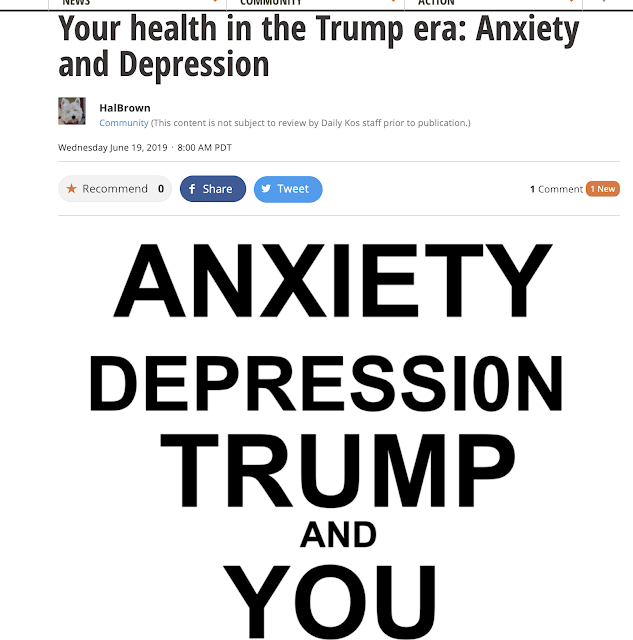 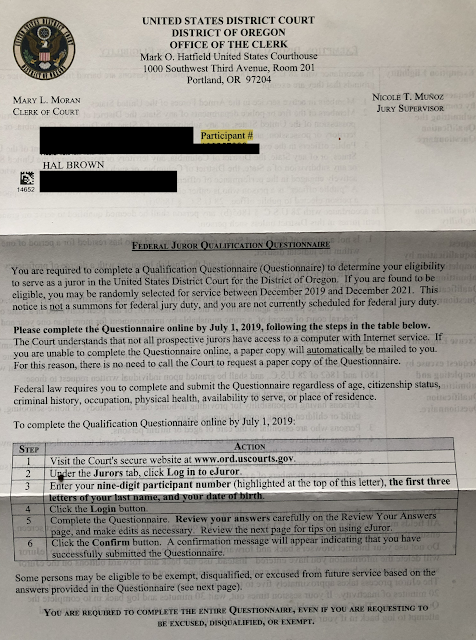 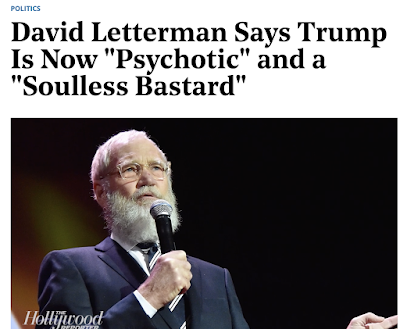 My summons to serve on a federal jury got me to thinking. I really wanted to serve having been the foreman of a the Plymouth Country Superior Court grand jury in Brockton, Massachusetts where we issued indictments for six murder and four or five rape suspects. I found this once a week three month experience fascinating and would have signed on for another stint if it was possible.
Of course anyone over the age of 70 can opt out of jury duty, and I would have done so if this was a local jury summons. However being on a federal grand jury intrigued me.

Then I read that the service would last from Dec. 2019 to Dec. 2021, two years. After thinking about it I reluctant decided to opt out because I didn't want to commit to this now because I don't know what my health will be in Dec. 2021. As it is I need an hour nap mid-afternoon unless something I am doing really interests me, as it would if I was on a jury. However I might not be able to go several hours before a recess without a bathroom break lest I feel really uncomfortable. We could take bathroom breaks in the grand jury by asking the DA while proceedings would go on without us if we left the room. 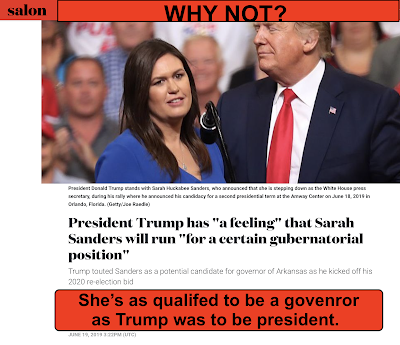 What this got me to thinking about was whether I could be president at the age I'd be in 2021 when the new president's term would start. While some may disagree I think my mental faculties are as sharp as they were when I was 40, not that any of you would vote for me for any public office let alone president. However, if elected you could be assured I would bring in the best advisors and Cabinet members and listen to them and learn from them. Therefore I think I could be president as long as I had my afternoon nap.


Then I got to thinking about how age has become an important consideration among many voters for the 2020 election. President Trump, in now the oldest first-term president history and will be 74 by election day 2020. Joe Biden will be just shy of 78 Bernie Sanders will be 79.

I am now 75. Many of residents of the senior facility where I live are much older and lots of them have all their mental faculties. Some could be president with the right White House staff but I wouldn't vote for them simply because of them if they were over 70.

After a critique of Bill Maher the author writes...

... I think the model lies with the more laid-back Meyers and the underrated Kimmel. Both deliver their share of anti-Trump gags, but they’ve recognized that jokes can penetrate only so far. Instead, they’ve adopted a stance of patronizing bemusement. Let the politicians and MSNBC scolds rail about Trump’s violation of the “norms of the presidency.” Meyers and Kimmel are more focused on the norms of human behavior.

Much of the time, they simply replay clips of Trump’s loonier rants — the bar-stool bluster, the run-on sentences — with an implied thought balloon: Who can take this man seriously? Meyers’s response to a particularly murky Trump word salad might be a simple “What are you talking about?” Kimmel shows a clip of Trump at a rally hugging an American flag and marvels, “Who does that?” When Trump recently told reporters that he is “the most transparent president probably in the history of this country,” prefaced by “I think most of you would agree,” Meyers responded with a weary deadpan: “No. We would not agree. We can see right through you, but I don’t think that’s what you meant.”

As some observers have noted, Trump at his rallies has adopted the rhythms of a stand-up comic: the sarcasm, the snappy put-downs, the call-and-response interplay with the crowd. But he’s actually closer in spirit to a classic comic foil: the grumpy, pompous butt of jokes, like Margaret Dumont in a Marx Brothers movie. Has there ever been an American politician who scowled so much? And though he often beams a smug, Cheshire cat grin when he’s in full taunting mode, Trump never laughs. He gets no joy from his comedy. And he can’t handle ridicule.

Pelosi may be the one Democrat who has figured this out. Her tongue was at least partly in cheek when she suggested, after Trump blew up the infrastructure talks last month, that his family ought to “have an intervention.” That followed the bizarre sight of Trump gathering his underlings in the White House and forcing them to testify to his calmness — before repeating his boast that he is “an extremely stable genius.”
The Democrat who defeats Trump in 2020, I predict, will be the one who recognizes that assertion as the greatest straight line in presidential history. 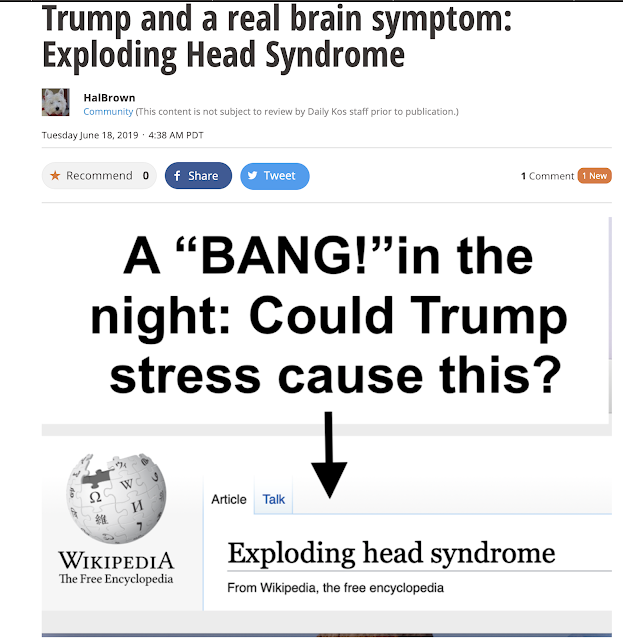 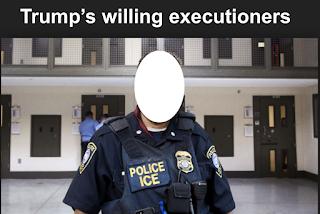 It is no surprise that the sadistic malignant narcissist, down in his own internal polls, stewing in his own juices with nobody to confide in, at some level knowing almost everyone in his inner circle either fears and/or hates him including his wife and Ivanka, is lashing out at immigrants.

This cruel Gilles de Pais is relishing terrorising children and families. The good thing is that it will backfire for two main reasons. First it will provide visuals and stories that hopefully will horrify more people and some Trump supporters - in Congress and the public - and prove once and for all that he is a sadistic bully. Two it will be impossible to do to the extent he is threatening.

I tweeted this photo and caption, blanking out the man's face.

I don't consider cruel ICE goons to be real police. Who do they protect and serve? A demented sadistic dictator, that's who. 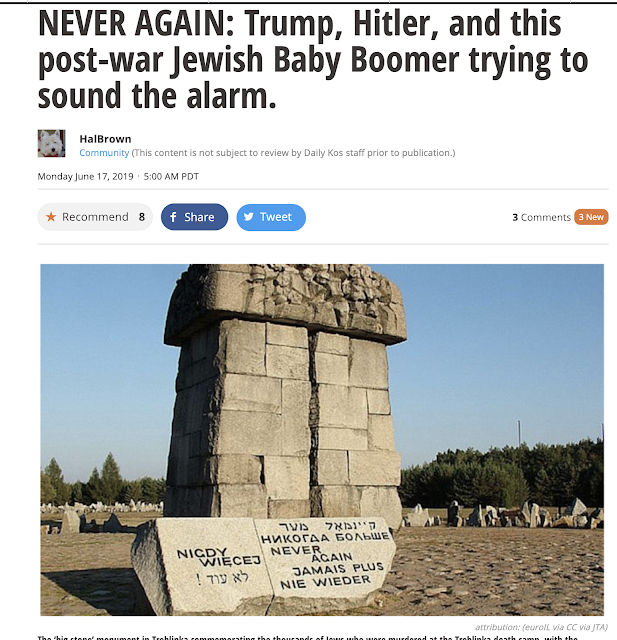 This is related to my story from yesterday. 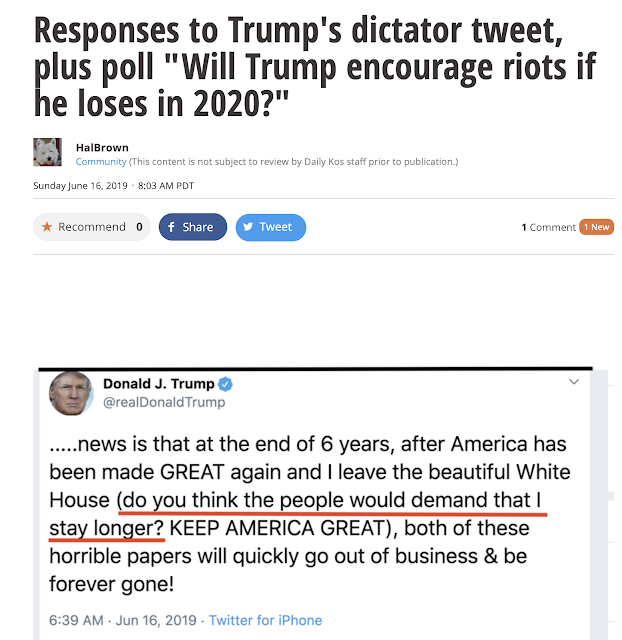 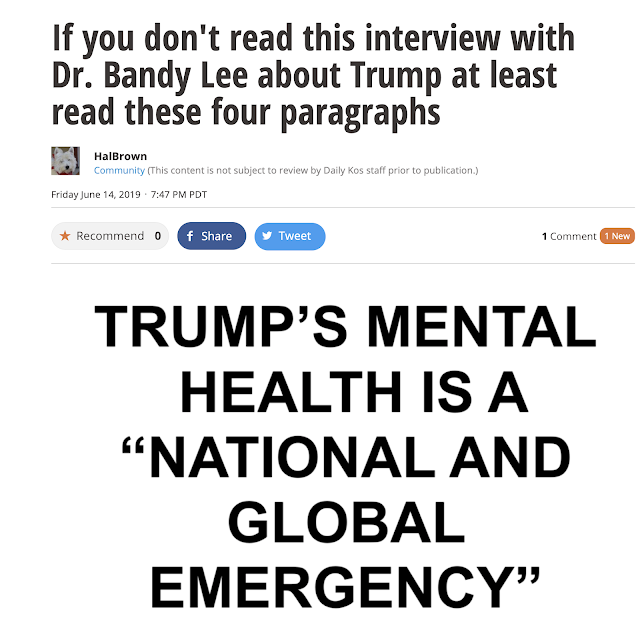 This looks like it will remain on the Daily Kos page for at least the morning, so there is time for you to participate in the discussion in the comments section. In order to post there you must register. You need to include your email but Daily Kos never sends you any emails at all let alone any spam. They do not share you email address. Of course, if you are on Daily Kos I trust that you will recommend anything I post there. If enough people do, it gets on the recommended list and more people read it.

Educating liberal Daily Kos readers one at a time: 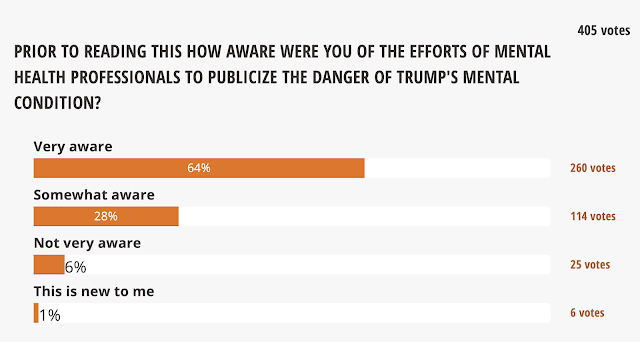 My quote of the day comes from Lucian Truscott IV in Trump Isn't a President, He's a Gangster, a good read but it's about something we already know. However, this is directed at the House Democrats and, without naming her, Nancy Pelosi:

"Trump could have the White House painted high gloss black and order the Treasury Department to deliver pallets of hundred dollar bills to the front door, and the Democrats would accuse him of a cover-up and order another hearing." 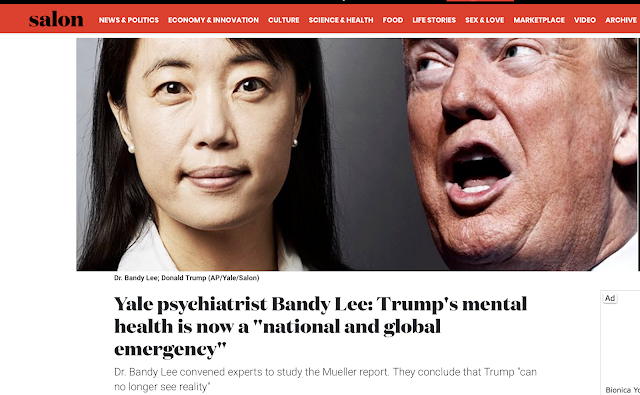 How back can it get. This bad: 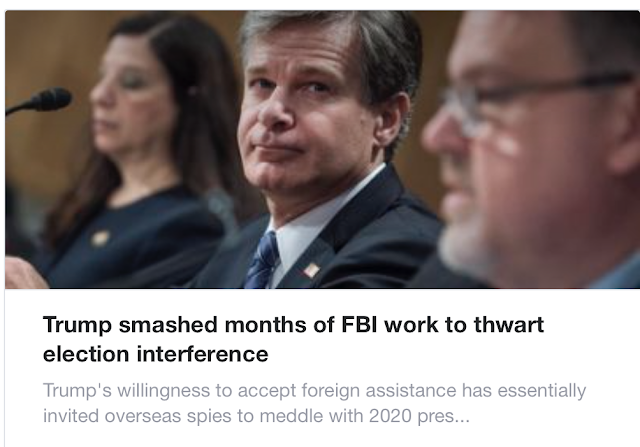 Only a few comments on this story, however you can judge the number of people who viewed a story by how many people take a poll. In that case 506 people took the poll. 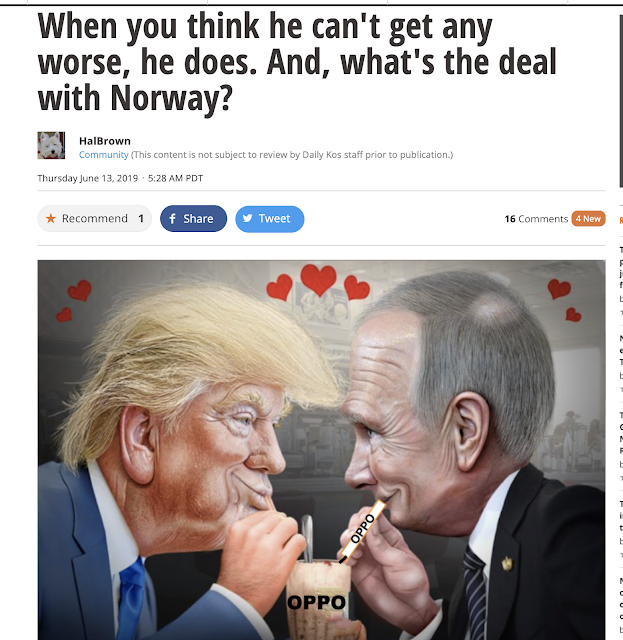 This story only had 67 comments, but over 500 readers took the poll. 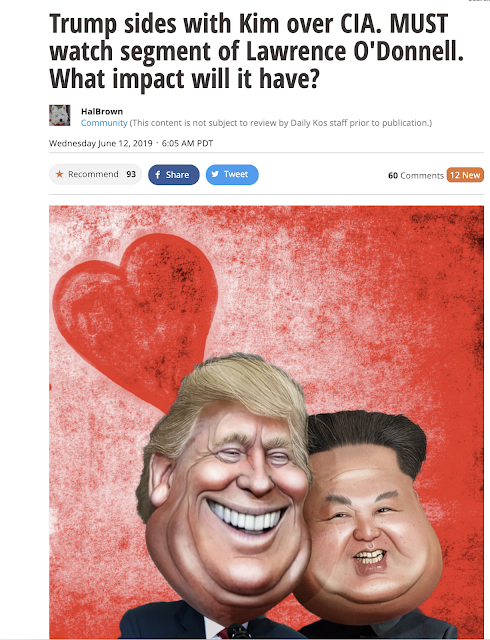