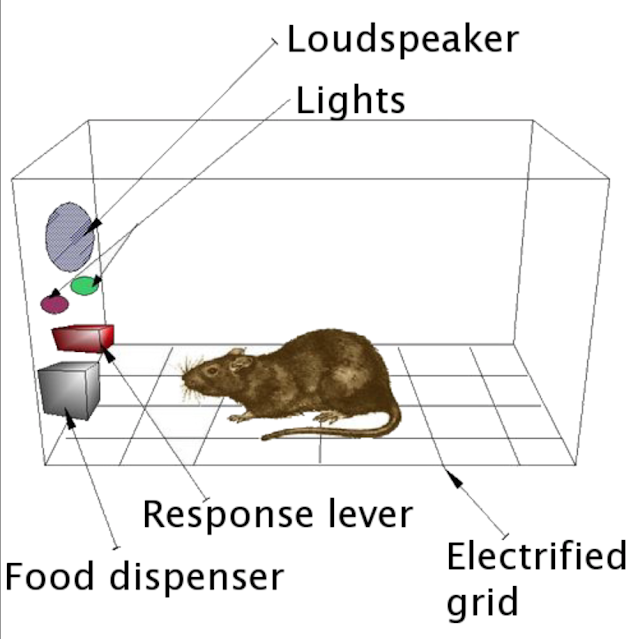 When the identity of the apparent gunman in the massacre of five journalists in Annapolis, Maryland, was revealed, Jonathan Hutson, a communications consultant and writer who lives nearby, had a shock of recognition. The suspect, Jarrod Ramos, had contacted Hutson in March 2015, taunting him about his role in alerting law enforcement and thwarting a potential mass killer who threatened schoolchildren and Jews in far-away Montana.

That individual in Montana, David Lenio, had overflowed with hyperbolic threats. Hutson’s efforts to stop him succeeded, as I reported at Salon shortly after it happened. Ramos was more cryptic and less overtly demonstrative — but in the end, far deadlier. Both were enigmatic, angry loners, with an unmistakable affinity for the racist alt-right.

“Jarrod Ramos was a lone nut who was not politically motivated, but he was politically influenced by the alt-right,” Hutson told Salon. Researcher Fred Clarkson agrees. “Ramos and David Lenio seem to have been drawn into the orbit of far-right visions of anti-democratic violence, even as they seem to have ultimately acted on their own,” said Clarkson, a senior research analyst with Political Research Associates, a progressive think tank in Somerville, Massachusetts. 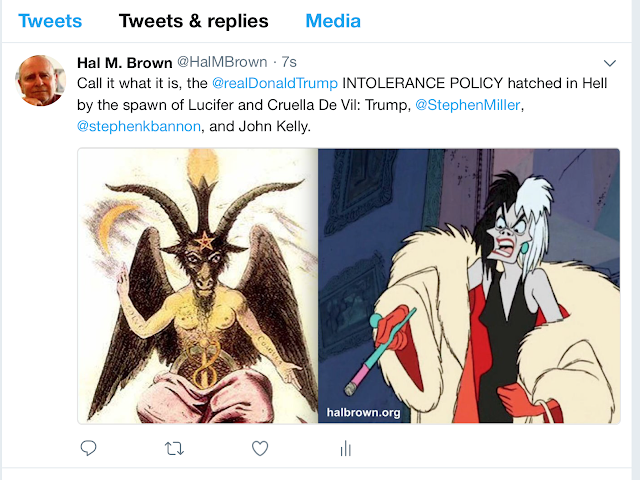 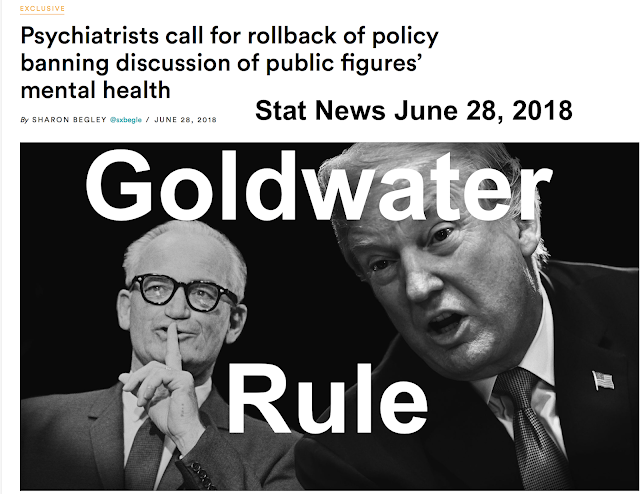 Seth Meyers gets it


Seth Meyers offered some advice to President Donald Trump on “Late Night” Thursday.
“Oh my God, dude, get a therapist!” Meyers said.
What provoked Meyers was Trump’s campaign rally in North Dakota on Wednesday night, the president’s third rally in a week.
“Now, we’ve been calling these rallies public therapy sessions, but it was never more true than it was last night,” Meyers said. “Watch as Trump airs his deepest insecurities about not being seen as smart, rich or popular.”
“And I thought that was so brilliant, I said, ’Oh, I am so smart. I am the smartest person.’” Trump said in the clip.
“Trump is like a guy at a bar who acts as his own wingman,” Meyers added. ”‘My buddy thinks you’re cute. He’s smart and handsome and popular ― and he’s me.’” 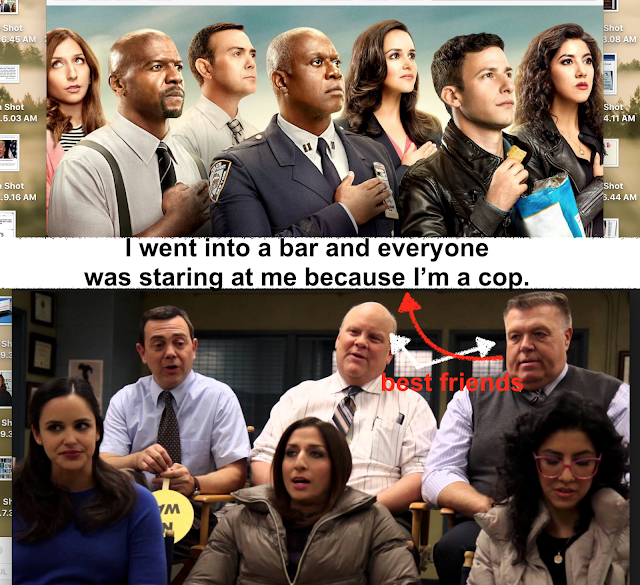 I binged watched the show Brooklyn 99, a half hour sitcom similar to Barney Miller only somewhat raunchy   The season finale had a classic joke. The two doofus cops who proudly rarely get off their butts are in the photo above. The one on the upper right comes into the squad room all upset and says he just was at a bar and everyone was staring at him because he was a cop. The punch line another character offers is “your penis is hanging out.” He says “what a relief.”
June 28, 2018
Daily Kos story: "Sarah Sanders at risk of becoming a cyclops" 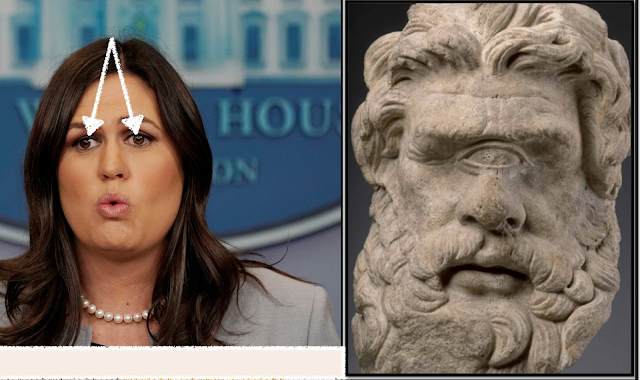 How Should Democrats Tackle Trump in the Midterms? Focus on His Narcissism, New York Magazine

Their primary finding, according to a copy of the report viewed early by New York: More than anything else, Americans view Trump as a narcissist in it for himself over the country, and they believe his attitude is sowing chaos and tearing the country apart. It’s far from a silver bullet anti-Trump message, but understanding that this underpinning sentiment is the most popular one among voters could prove an important first step toward building a coherent anti-Trump line for the party.

When asked to pick an image that best describes Trump’s personality, roughly four in ten participants in Navigator’s survey chose a picture of Trump looking at himself in a mirror, compared to just around one in five who chose either a crying toddler or a man yelling at a phone.
June 27, 2018

Elizabeth Warren posted on Daily Kos about what she saw at the border. 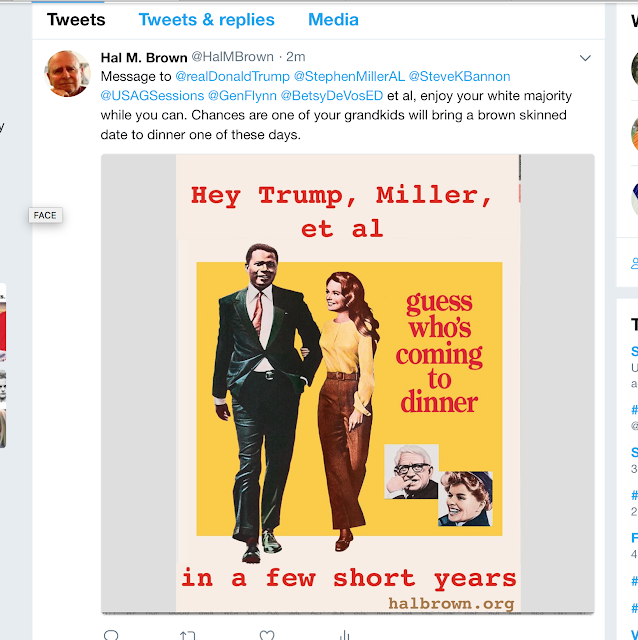 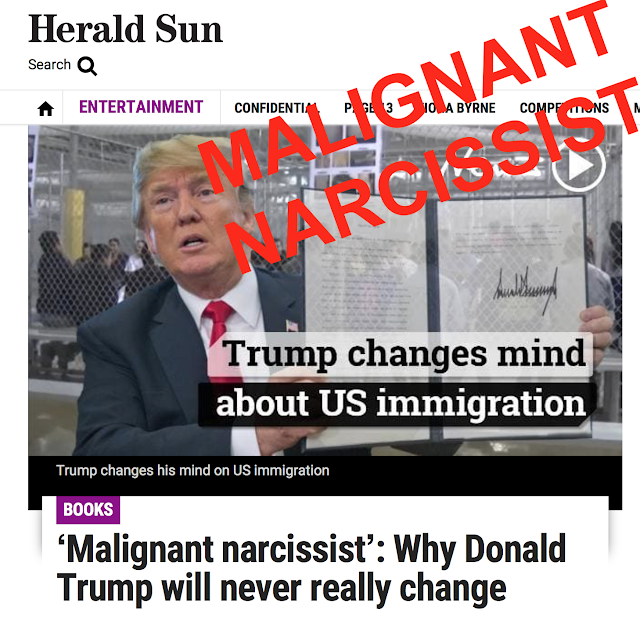 I wonder if Rupert Murdoch will read this article which was just published in the Australian Herald Sun which he owns. 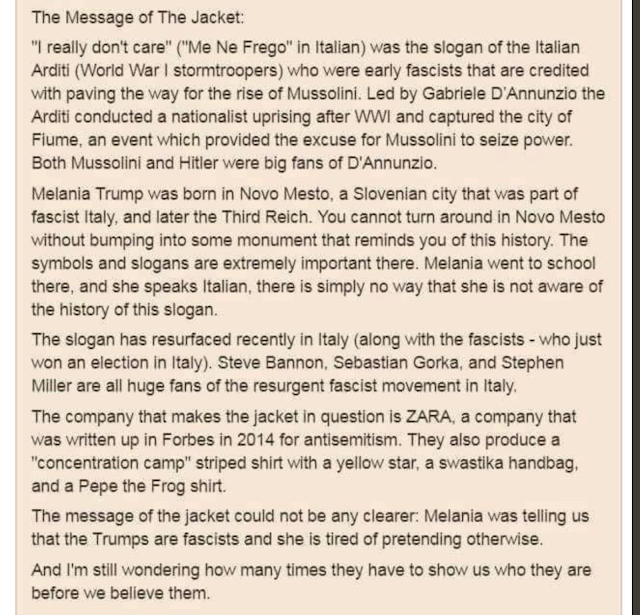 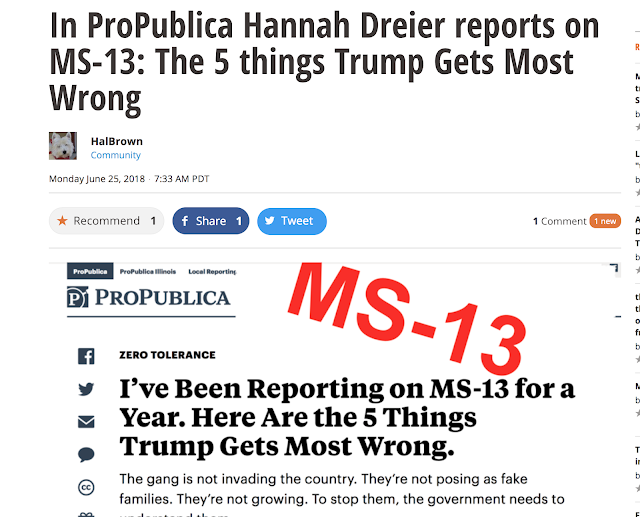 ....  my intent is to offer to the reader an explanation of the classical vulnerabilities that intelligence officers seek to identify and exploit including sexual indiscretions, greed, corruption, revenge, and most of all, ego. In essence, the pursuit of selfish interests over the common good. 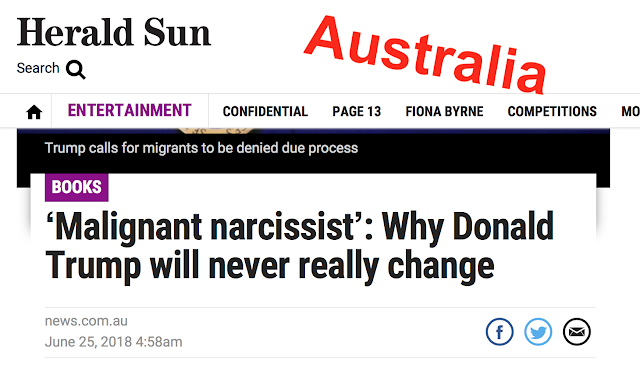 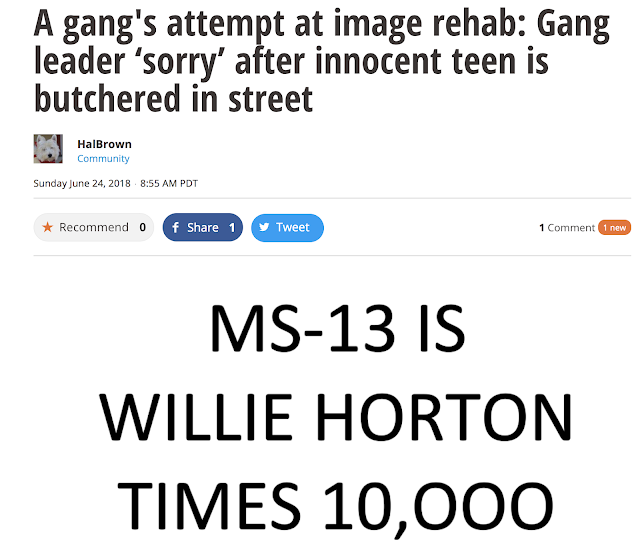 Quote from The Red Hen, Sarah Sanders, and The Lost Art of Shunning by Jennifer Rubin in the Washington Post


This exception to the rule of polite social action should be used sparingly (if for no other reason than we will never get through a restaurant meal without someone hollering at someone else). If a lawmaker, for example, who favors a harsh, ill-conceived immigration bill walks into a restaurant, I would not recommend raising a rumpus (though I would not invite that person to my home).
Listen, I get it. The notion of shunning or excluding or heckling can devolve into philosophical hair-splitting as to whether someone has engaged in normal public service or whether they’ve strayed outside the bounds of decent behavior. Each to his own method of expressing disdain and fury, I suppose.


Nevertheless, it is not altogether a bad thing to show those who think they’re exempt from personal responsibility that their actions bring scorn, exclusion and rejection. If you don’t want to provoke wrath, don’t continue to work for someone whose cruel and inhumane treatment of others rivals the internment of U.S. citizens and noncitizens of Japanese descent during World War II. And yes, I’d have hollered at then-California Attorney General Earl Warren, who pushed for the roundup of people of Japanese ancestry, even American citizens. 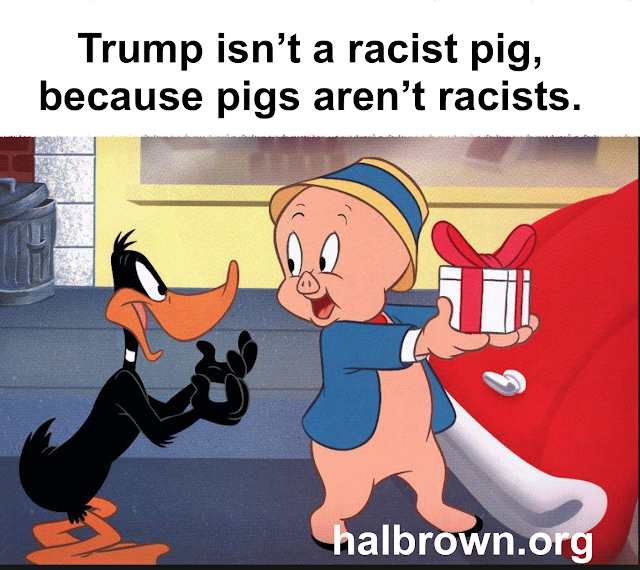 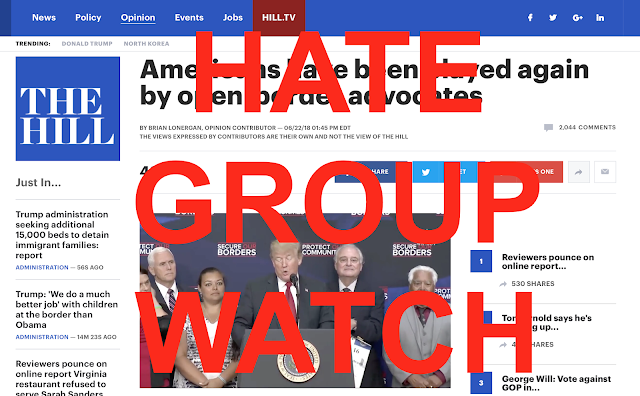 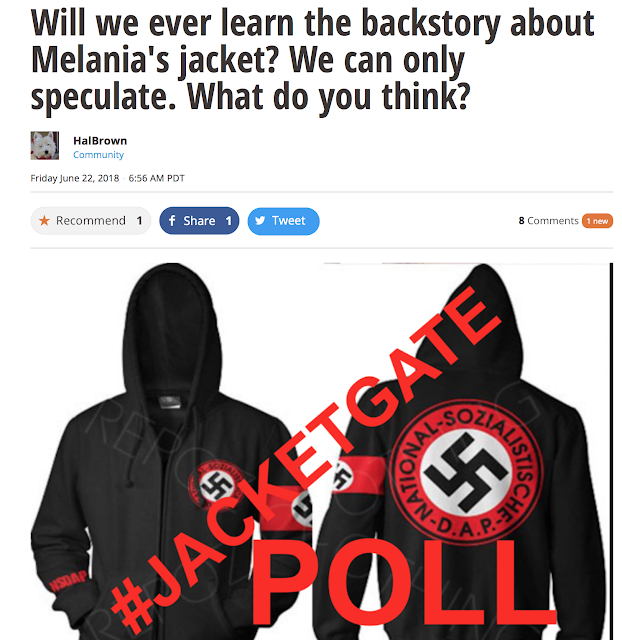 From Fox and Friends:

BRIAN KILMEADE: And these are not -- like it or not, these aren't our kids. Show them compassion, but it's not like he is doing this to the people of Idaho or Texas. These are people from another country and now people are saying that they're more important than people in our country who are paying taxes and who have needs as well.
"Is the president now Tweeting onto his wife's clothes? Jimmy Kimmel"
Watch Video: 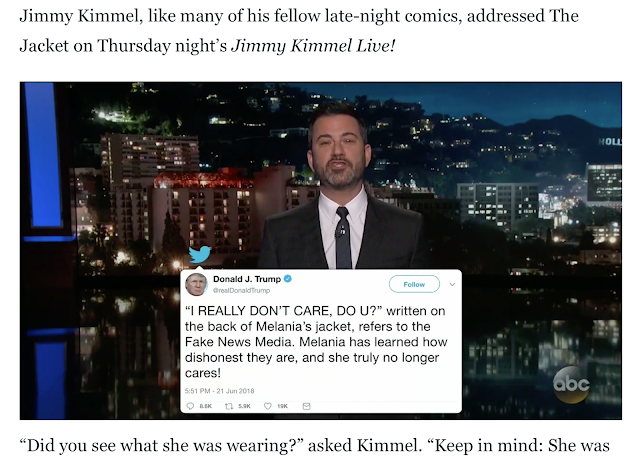 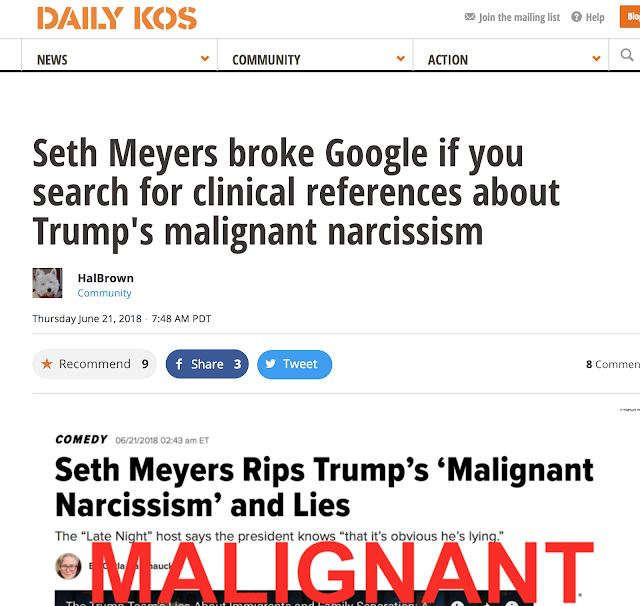