Quote of the day from Joe Scarborough this morning about Rudy Guiliani: “I can mention this: Everybody around Donald Trump said he was drinking too much — Donald Trump suggested as much — that was two years ago. And the fact that Donald Trump brought this guy in two years later despite his own reservations about him, almost two years ago, that’s not any, it’s not 3-D chess. That’s not even checkers, that’s a monkey throwing poo against the wall, and it doesn’t usually turn out well.”

Hey  Donald, you can see what's inside by buying a copy online. Here's the subscription link. 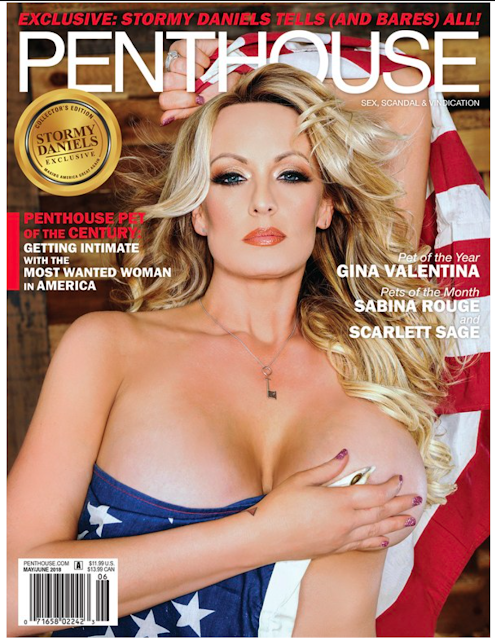 I rushed to get a story about this on Daily Kos before someone beat me to it.


Girlie magazine history: Trump, Bill Clinton and Jimmy Carter have this in common.

The Daily Beast offers a few tidbits but no photographs. So, sorry Donald, you will have to shell out $10.99 to see them.
By the end of the day, we will discover how many journalists have read the article. We can only hope that Stormy said something in the interview that would justify a reporter asking Sarah Sanders about it in the next press conference.
What can you say when there’s an article in Newsweek like this?

I can imagine Rachel Maddow trying to find new words to describe how she feels about how our body-politic (so to speak) has degenerated to the degree that a Penthouse Magazine cover is making the news.
In a surreal way this is probably the most politically significant girlie magazine article since Jimmy Carter admitted he had lust in his heart in a Playboy interview.

What Christ taught about most was pride, that one person should never think he was any better than anybody else. The thing that’s drummed into us all the time is not to be proud, not to be better than anyone else, not to look down on people, but to make ourselves acceptable in God’s eyes through our own actions and recognize the simple truth that were saved by grace. I’m not trying to commit a deliberate sin. I recognize that I’m going to do it anyhow, because I’m human and I’m tempted. And Christ set some almost impossible standards for us. Christ said, I tell you that anyone who looks on a woman with lust has in his heart already committed adultery. I’ve looked on a lot of women with lust. I’ve committed adultery in my heart many times. This is something that God recognizes I will do–and I have done it–and God forgives me for it.
…

Above: The time Jimmy Carter was interviewed by Playboy about lust
…….
Bill Clinton also had his own journey into the world of adult magazines.
Not all of Bill Clinton’s admitted and alleged lovers made it into the news. I never heard of most of these women: Bill Clinton's Loves & Hookups. Of course, there never was a whisper of a rumor that any of Bill’s peccadillos was non-consensual.
As for Melania, this has to be adding insult to injury. Not only does she have to deal with her own feelings about her husband’s infidelities and the sexual assault accusations which I think she thinks are true, but she has to worry that Baron may manage to see the images online from his friends while he’s at school.
Yesterday I wrote my fifth story in what has now become my Melania chronicles. 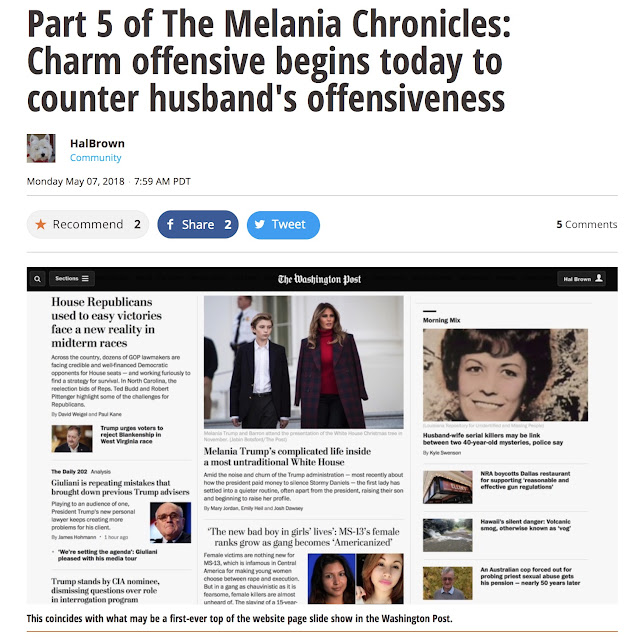 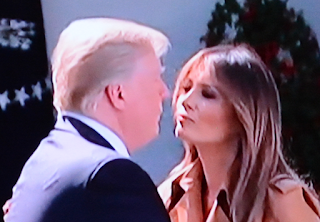 And, then there's Rudy: 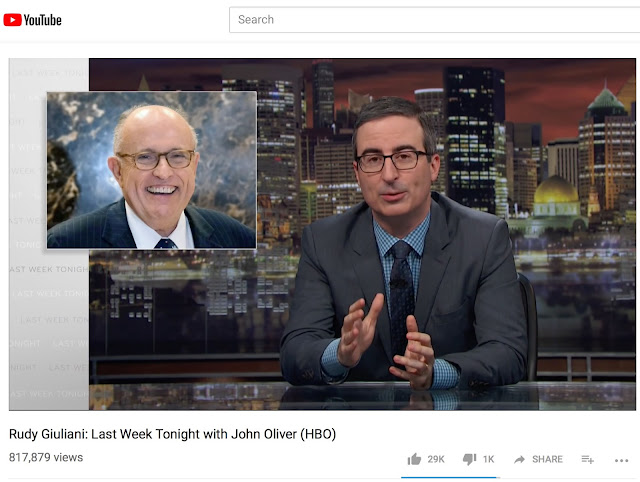 John Oliver: Trump And Giuliani Have Something In Common And It’s Gross, HUFFPOST Rudy Giuliani’s confusing media appearances over the past week, in which his attempts to defend President Donald Trump backfired, have some wondering what happened to the once-respected former mayor of New York City.John Oliver revealed the answer on “Last Week Tonight” on Sunday. “Nothing,” he explained. “He was always this awful.” Then, Oliver took a look back at the lowlights of Giuliani’s career before concluding that the former mayor and current president were basically ”two versions of the same person.”