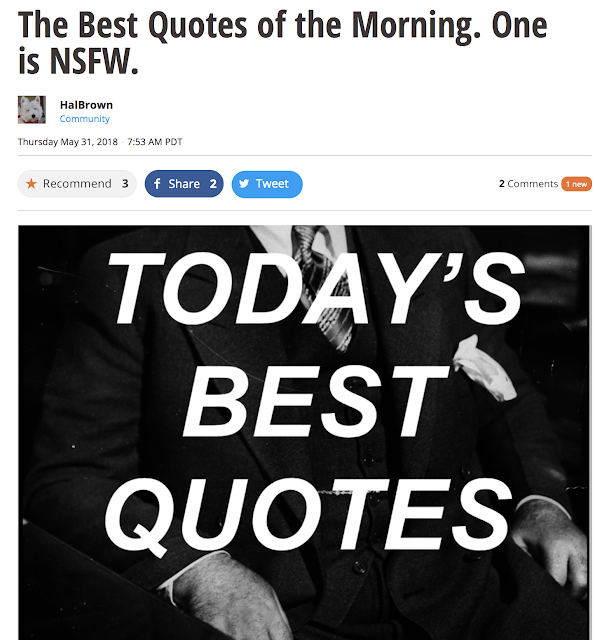 There are most likely perspectives of Trump's megalomania yet to be revealed. I expect that as the reality of his predicament begins to somehow get through his defenses (both rigid and delusional) we will see more narcissistic rage. I can't rule out psychotic episodes, but what do I know since I'ven never had or know of a patient remotely like him. Hitler committed suicide when the enemy was almost at the door of his bunker. Yet in many ways, Hitler was less psychopathological than Trump. From history, we learn that he had a far better relationship with Eva Braun, (whom he married only two days before their double suicide) and his dog Blondi than the petless Trump has ever had with any of his wives.


My Daily Kos story: Trey Gowdy, ABC-Disney, The NY Times, and Trump's insane Tweets, what a way to wake up.

Quoteworthy, from Dana Milbank: Trump's not a liar, he's a madman

Writing last week for NBCNews.com, a professor of cognitive neuroscience at University College London, along with a researcher, offered an explanation for Trump’s mendacity.
Noting that the daily average number of Trump falsehoods has been rising since he took office (as measured by The Post’s Fact Checker), the professor, Tali Sharot, pointed to the biological process of “emotional adaptation.” People tend to feel uncomfortable when they tell lies, but research has found that the discomfort is reduced each time a person lies — thereby increasing the frequency of lies.
Trump’s fictions are so pain-free that they may not feel like lies to him — honestly. And, ominously, they may seem less glaring to others over time. Sharot noted that people “may desensitize to the president’s falsehoods in the same way that they do to overused perfume, making them less likely to act to correct this pattern of behavior.”
You can see this in the repeated failure of congressional Republicans to call out Trump’s untruths, when they obviously know better. And you can see it in administration officials’ determination to support whatever Trump says, no matter how ludicrous. (The White House held a briefing Tuesday to support Trump’s attempt to blame Democrats for immigrant family separation.) Trump may not be able to separate fact from fiction, but those who knowingly back up his falsehoods are liars.
So what should we call the twaddle and claptrap Trump spouts? I propose “Trumpery.” Defined as “worthless nonsense,” it also has a felicitous echo of “Trumped up.”
Go ahead and say he’s lying, if you think so. To me, his facility with fallacy and his pain-free fibbery aren’t sympto­matic of a liar but of a madman.
May 29, 2018 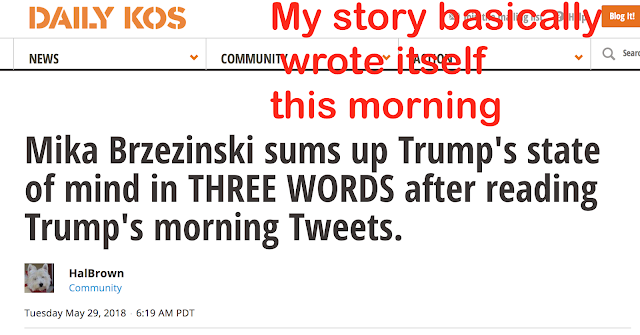 This story was selected to be on the Daily Kos recomended list this morning and afternoon and generated 148 comments.

Like we (the world) needed something else besides Trump to worry about, and if that isn’t enough, there’s this.

From yesterday, to cheer you up: 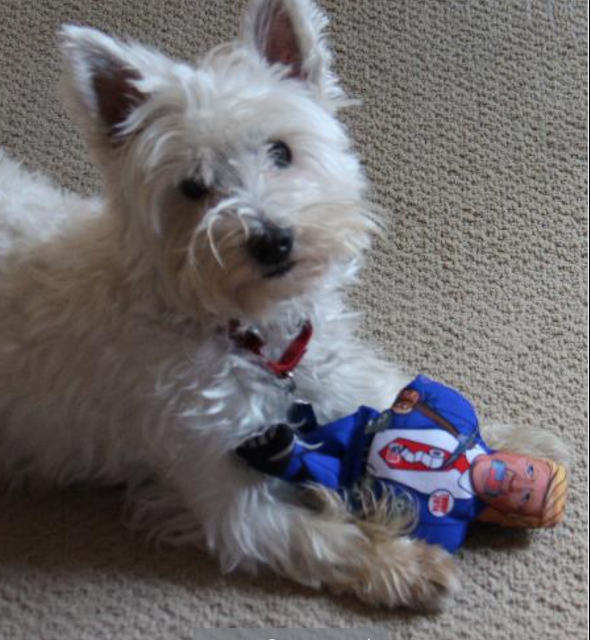 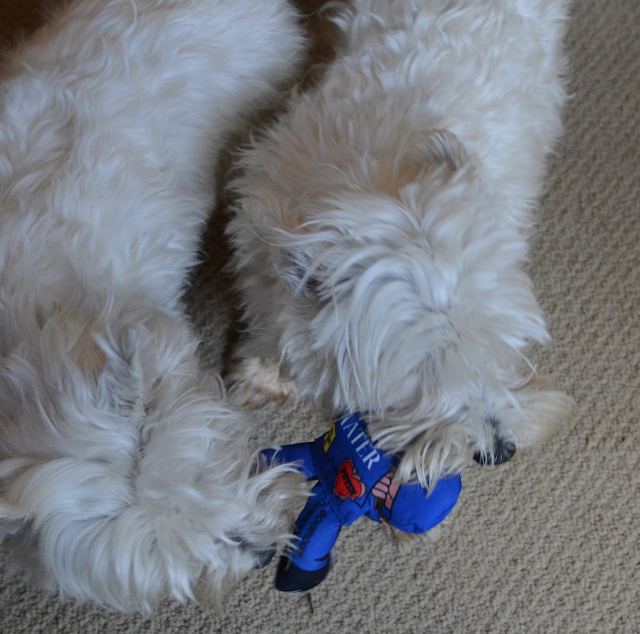 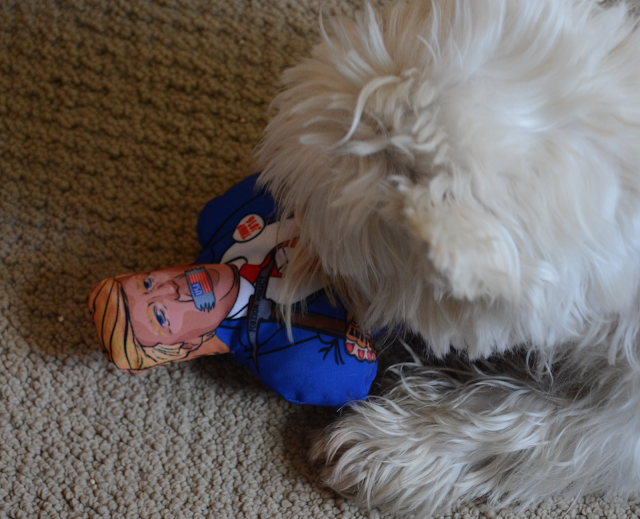 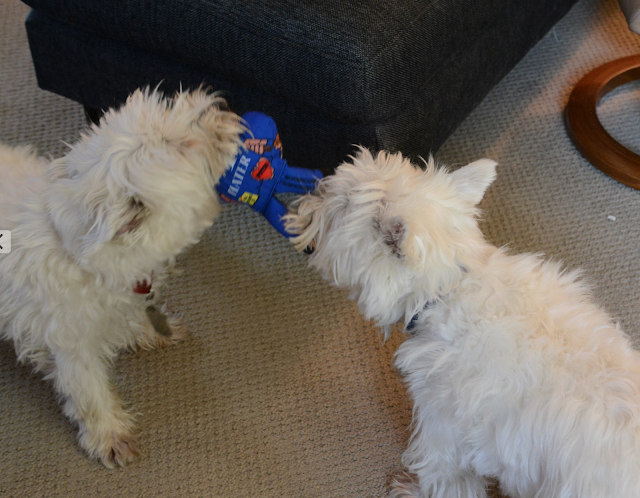 Thanks Sandy and Keith. Trump dog toy is avaialble ere.