Has anyone seen this cane? It was last seen at Waterfalls on Thursday 5/17 between 11:30 and 2pm. It's a one-of-a-kind, custom cane so there should be no confusion about who it belongs to.  email or call me. Hal


Watch this video of a gun totting Trump supporter showing up at the Texas school shooting site. 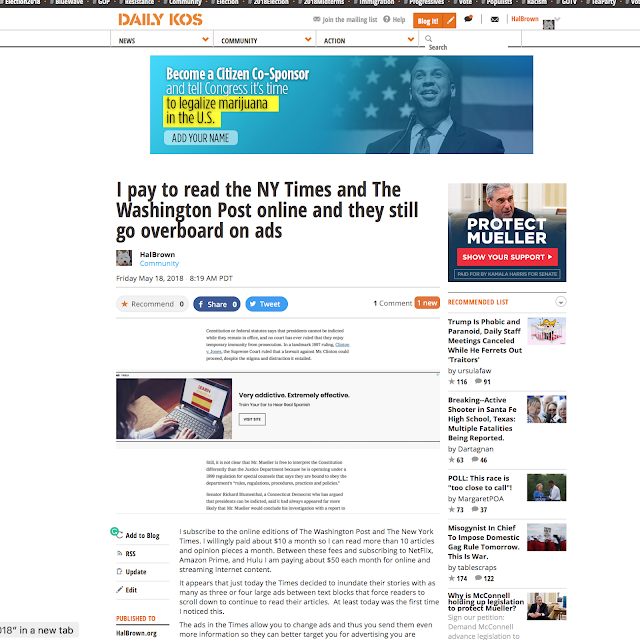 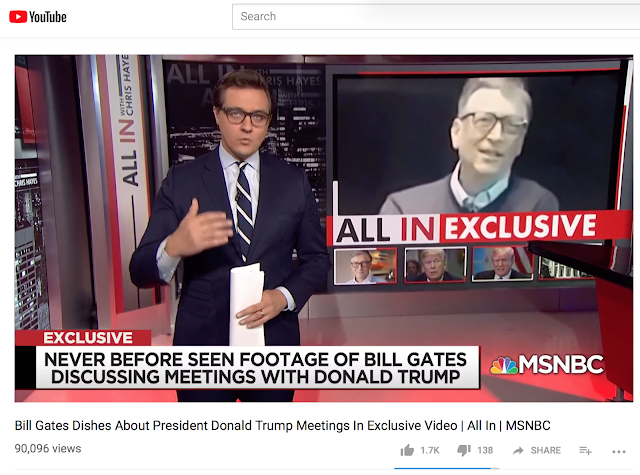 Gunfire erupts at Trump resort, police arrest man 'yelling and spewing some information about President Trump' - A sign of the times is that the first thing I thought of reading that the man survived the police shooting because they shot him only in the legs was that he must have been white.

True Evil has a face you know and a voice you trust: A charming sociopath who isn't Trump About writing for Daily Kos. 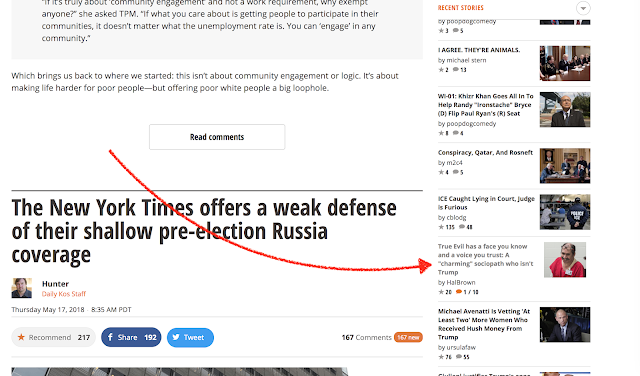 As you all know I write a story almost every day for Daily Kos. So far I think I’ve written around 500 stories on a variety of topics, and about 50 about different aspects of Trump’s psychopathology.

Only six or seven of these stories were recommended by the editors and thus stayed on all day. Getting on the recommended list is a major coup and there’s no certain way to up your chances to get there. One way not to get there is to write about something numerous other community members (no staff) are putting online.

If you look at the main page you’ll see how the majority of articles end up in a long column of recent stories with a tiny thumbnail. Your piece competes with several dozen others for readership. By now there are some regular readers of Daily Kos who know who I am and regular check out what I write. Most readers scroll down the page and scan the stories to see which once they may want to click on. Of course, a click doesn’t mean they will read the story, but without a click nobody will get a chance to decide if the story interests them enough to read.

If I want to maintain a reputation for writing interesting material I have to write stories that have a unique perspective. With the dozens of excellent opinion writers whose work is accessible online and who get many thousands of readers, I am lucky to have 100 people read what I write. Once in a while a Kos community member writes a story that has more than a thousand readers and Facebook shares. The most I’ve had is about 500.

500 or 50, at least I know I have an audience and this keeps me going. I generally wake up in the morning with no idea of what topic, if any, I want to write about. I surprise myself that between watching the news and looking at a dozen websites I get an idea for a story. Today the hitman story first struck me as just something which was very interesting. There was no Daily Kos story there until it occurred to me that there was a way to make a connection to Donald Trump.

Donald Trump's propensity for testing the elastic limit of objective fact has come up again, though for once not from Robert Mueller.

Apparently, back in 2015, he was so determined to let people at Saturday Night Live know how well his book Crippled America: How To Make America Great Again was doing that he pretending someone had called him to tell him exactly that.
However, the phone didn't ring, and his acting skills weren't as polished as everyone else who was at the SNL table read.

That's according to comedian and SNL cast member Pete Davidson, who told the story on Complex's Open Late with Peter Rosenberg.

Davidson, who has a tattoo of Hillary Clinton on his leg, remembered the President as being "weird all week" during the prep time for the episode, which Trump hosted.
"He, like, faked a phone call during a table read," Davidson said.

"Right as we started, he goes [miming picking up a phone], 'Uh, hello!'

"And then he goes, 'Hey everybody, my book just went number one!'

Has the countdown begun?

Giuliani provided a circuitous explanation of why Trump couldn’t have colluded with the Russians.


Rudy Giuliani says there’s “nothing illegal” about trying to find compromising information about opponents — even if the source is Russia.
“When I ran against [the Democrats], they were looking for dirt on me every day,” Giuliani told Fox News host Laura Ingraham on Wednesday night, in response to a question about Donald Trump Jr.’s apparent quest to find “dirt” on Hillary Clinton before the 2016 presidential election.
“That’s what you do, maybe you shouldn’t, but you do. Nothing illegal about that,” Giuliani said. “Even if it comes from a Russian or a German or an American, doesn’t matter.”
Giuliani, who joined President Donald Trump’s legal team last month, went on to say that the “main thing” was that the Trump campaign “never used it … they rejected it,” referring to political “dirt.”
“If there was collusion with the Russians, they would’ve used it,” he added. 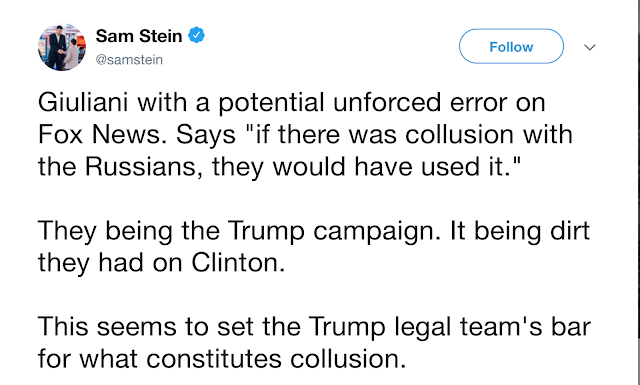 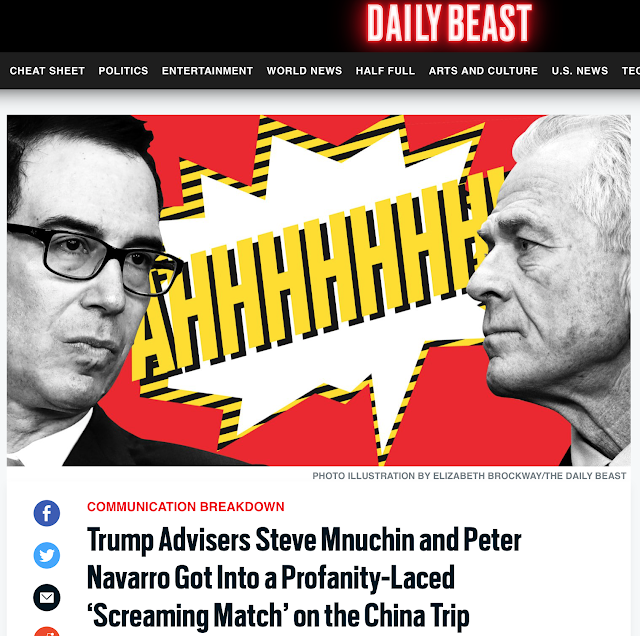