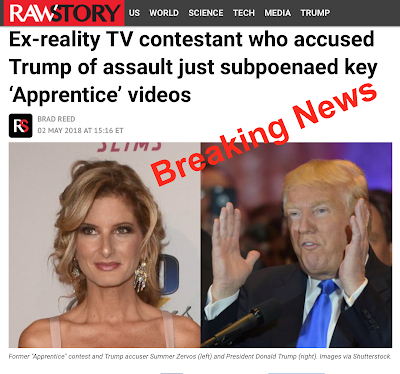 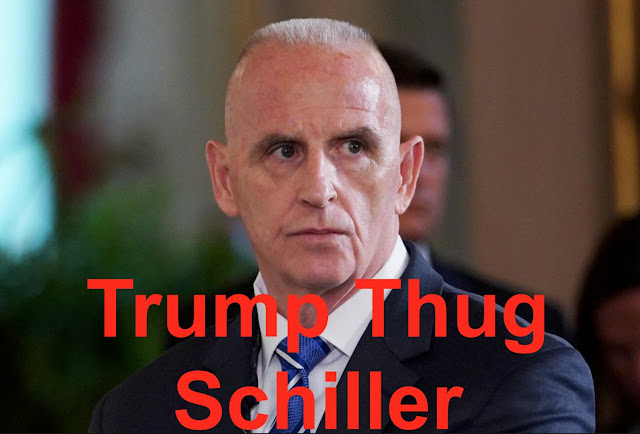 ”In a discussion on MSNBC of how Trump’s doctor has finally revealed his story about the infamous letter one of the guests (I don’t recall her name, let me know if you do) said Trump is a thin skin narcissist with thugs.
We still don't know whether Keith Schiller was armed when he paid his visit to Dr. Bornstein. My hunch is that he was.
This got me to thinking about the intimidating, powerful, and armed authorities Trump can order to do his bidding, not overseas but in the homeland. I don’t consider them thugs, although there may be bad apples in the bunch. However, they are armed to the teeth and have the extraordinary power to detain and arrest anyone.

As someone who was not only a go-to therapist for police officers who published the number one website, Police Stressline, on police stress I have strong opinions about good policing and what makes an effective and ethical police officer. 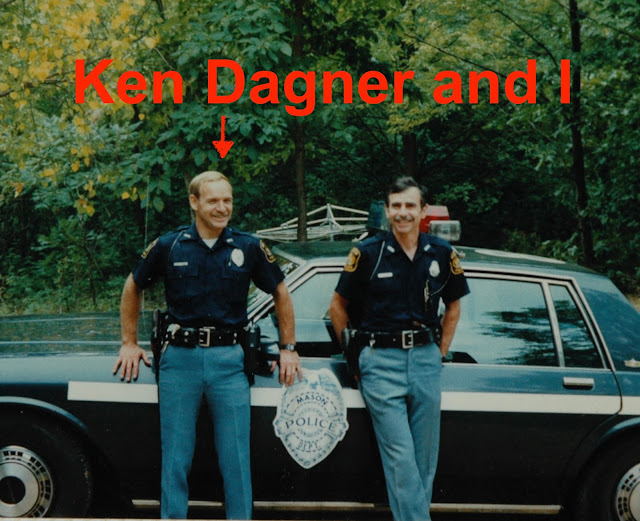 I also was an auxiliary police officer for 20 years. When Chief Clifford Kline (who retired as a Detroit street cop and moved to our rural town and became chief) asked me to become the only auxiliary officer on his seven-man department he told me that the main thing I always had to remember was that my badge gave me the awesome power to deprive someone of their freedom, if only for a short time, and under extraordinary circumstances their life.

When I see these heavily armed and body-armored federal agents wearing police on their uniforms all I can think of is how, as a mere volunteer cop I was considered something less than “real police.” If I was only a real cop wanna-be, what do you call these folks?
I have known probably 100 real police, some as friends, some as ride-along partners, some as acquaintances, some as clients. Our job was to protect and to serve, and as one of my cop friends, Jim Shelley, used to say when I rode with him and were preparing our police car, to “go out and crush crime.” 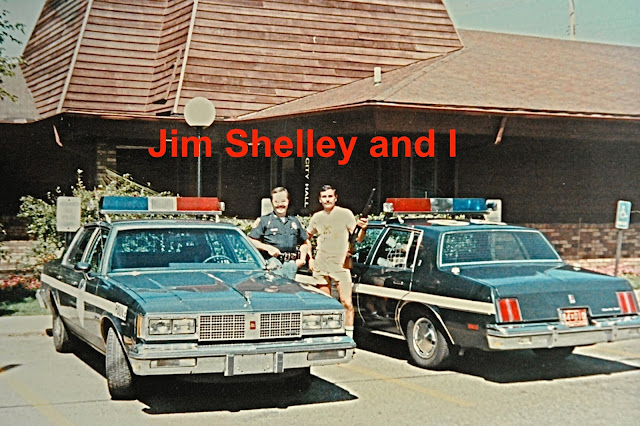 I spent many hours riding with Jim and have great memories of our long talks and our adventures. When he left Mason PD he went on to have an amazing career as an author and in law enforcement
Much of the policing we did in our small Michigan department was focused on watching for drunk drivers and we won the MADD statewide award for best enforcement twice. That too was real policing.
When we moved to Middleboro, Massachusetts I went to their reserve-intermittent police academy and became a special police officer.
In all modesty, I worked with “real cops” during a time when the police seemed to be mostly respected and admired by law-abiding residents.
Our job wasn’t to do the bidding of a thin-skinned narcissistic president with a racist political agenda.

☺I missed this on Lawrence O'Donnell when it was aired in March, 2016. It featured two experts on narcissism I wasn't familiar with. 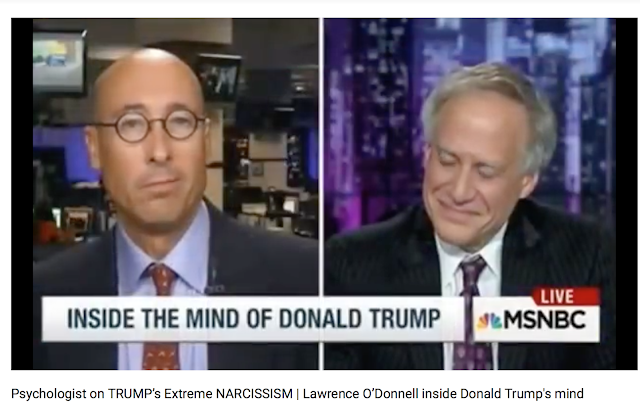 Trivia: Has a US President ever been arrested? 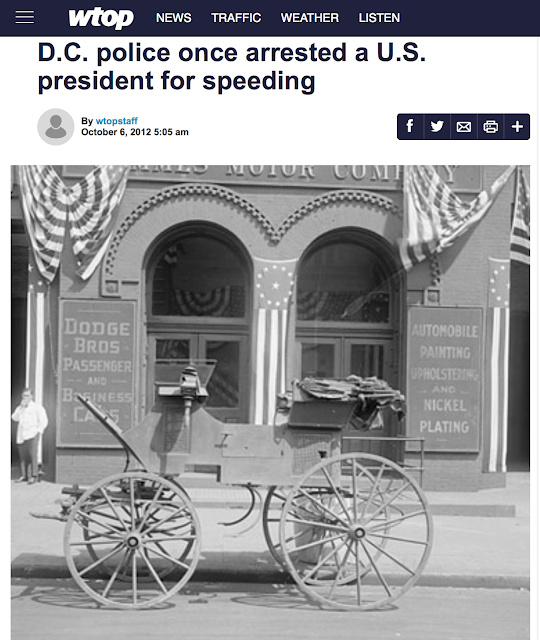 I posted something not about Donald Trump on Daily Kos for a change: 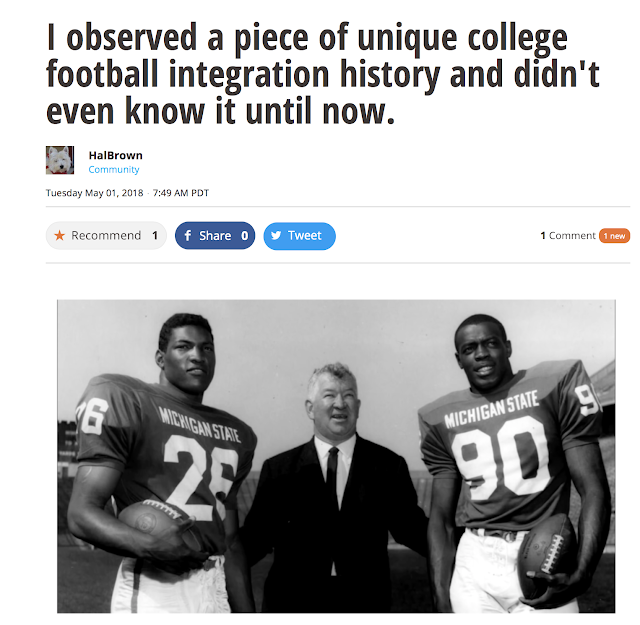 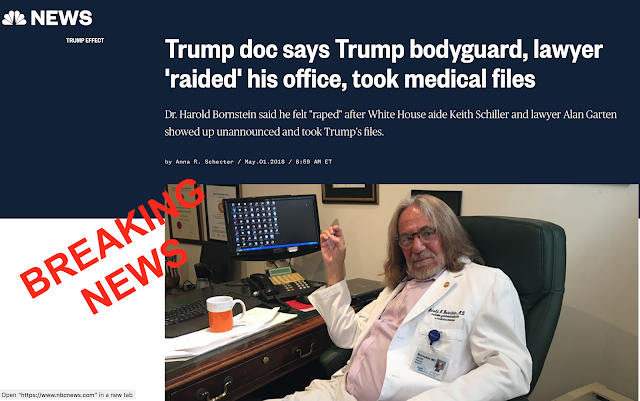 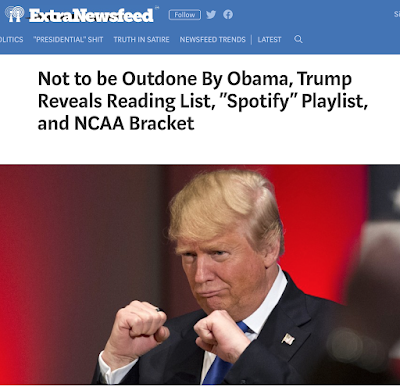 Yesterday I called into the Thom Hartmann progressive radio show because he was talking about the Michelle Wolf monologue and invited listeners to call in. I actually got on the air, my first on talk radio.

Thom also went to Michigan State. Like many people, he didn't know who Aunt Lydia from "Handmaid's Tale" was and why likening her and Sarah Sanders (my Sunday Daily Kos article) was a sharp barbed comparison. I explained it to him and likened her to a male Simon Legree: what he was to slaves she was to the handmaids.

Thom has family in Portland and I am hoping to persuade him to have me on his show to discuss Trumpolgy as an “ expert” on Donald Trump’s malignant narcissism the next time he visits here.

After the show, I sent Thom a Tweet which he saw and responded to.

Because of our Michigan State University connection - he went there eight years after I did - I Tweeted him a link to today’s Kos article too.

Thom and I have something of a Twitter relationship as he generally “likes” the Tweets I send him.

Thom Hartmann is a well known progressive voice on the radio and in liberal circles. He has 6.25 million listeners a week and his show on Sirrus is one of the top progressive talk radio programs.  He has authored many books and he has just starting publishing articles on AlterNet. We may have unknowingly crossed paths during the anti-war protests because he was a member of Students for a Democratic Society(SDS) and while not a member myself I knew a few of their most active, and notorious, members. It is very likely he and I participated in some of the same rallies and marches.


The 12 Worst Ideas Organized Religion Has Unleashed On the World 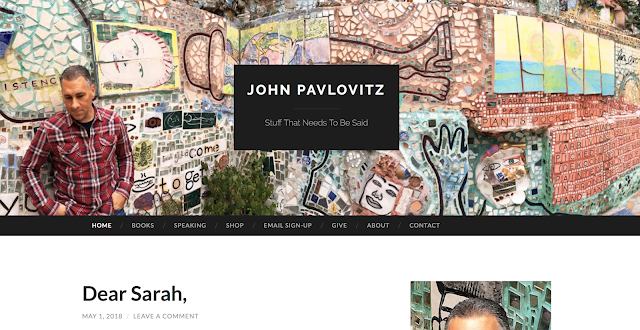 I watch you every week as you repeatedly distort the truth,as you attack journalists who come carrying facts.as you vilify politicians who oppose your employer’s malfeasance,as you categorically defend his every vile statement, every personal attack, every nonsensical Tweet, every baseless firing, every legislative assault.
I watch your face contort with the unmistakable tells of a person who doesn’t believe a word they’re saying; one who’s sold their soul and is now hopelessly trapped in a lie about a lie about a lie.
I wonder what Jesus-story you tell yourself, about the fact that every week you stand in front of a microphone and willingly perpetuate falsehoods that do great harm to millions of people?
That has to be rough—or maybe it isn’t.
Maybe it’s a breeze for you now.
Maybe you’ve convinced yourself it’s somehow all the Lord’s work.
Maybe you’ve been on this slippery slope of deception for so long that you actually believe the lies now too.
Or maybe your Jesus and my Jesus are just that different.
Maybe your Jesus is good with deporting immigrants.Maybe your Jesus celebrates the poor staying poor.Maybe your Jesus is fine with affairs with porn stars.Maybe your Jesus is totally cool with supremacist Cabinet members.Maybe your Jesus amens the banning and the wall-building. Maybe your Jesus sanctions the fear of brown people.Maybe your Jesus is pleased with sick people going broke trying to not die.Maybe your Jesus applauds the racism and the bitterness and the cruelty.Maybe your Jesus somehow blesses the lies you broker in on behalf of the monster you work for.
Back: April 30, 2018