Why Didn't He Shoot? The Toronto Cop Who Did Everything Right 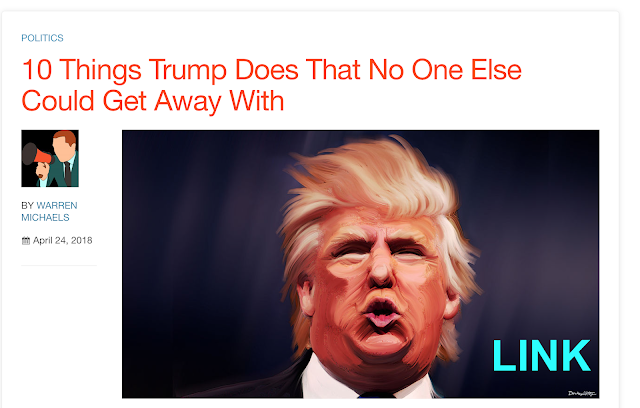 Editorial Comment: This officer did everything right. He did everything I tried to teach recruits 30 years ago when I gave classes in handling mentally ill subjects in three police academies. Back in 1998 I wrote an article about suicide by cop for my website Police Stressline, and revised it in 2003.

I focused on the effects on the officer post-shooting, hence the title "Suicide by Cop: When it happens to you, there's almost always police stress as a result" © 1998, revised 2003 by Hal Brown, LICSW. I was a clinical social worker and in private practice and was a reserve police officer in Middleboro, Massachusetts, and Mason, Michigan. I had many police officers in therapy referred to me because of my experience spending thousands of hours working as an auxiliary officer.

The article on suicide by cop was on Police Stressline. This was once the most read police stress website, although since hardly anybody was writing online about police stress this wasn’t a major accomplishment. At least six of the articles were republished in print police magazines. It is archived here.

I decided this would be a good subject for Daily Kos today, espcially since my article was already written. 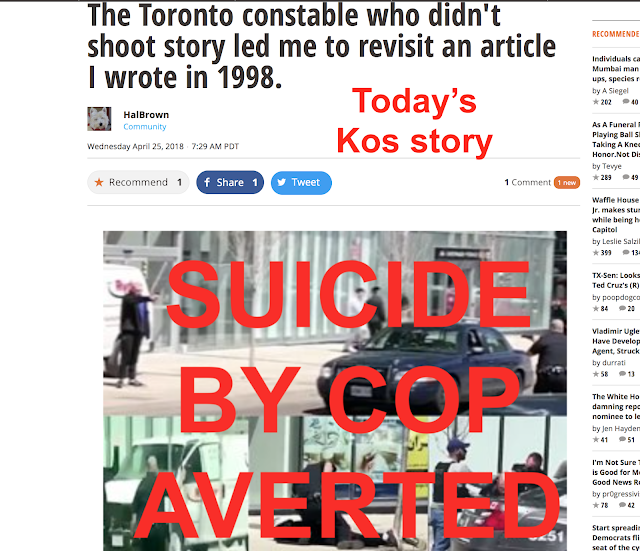 Mick Mulvaney, President Donald Trump’s budget director and the acting head of a top consumer watchdog group, raised eyebrows on Tuesday with an anecdote about his time in the House of Representatives. “We had a hierarchy in my office in Congress,” he said at the American Bankers Association conference in Washington, according to The New York Times. “If you’re a lobbyist who never gave us money, I didn’t talk to you. If you’re a lobbyist who gave us money, I might talk to you.” HuffPost

Melania Trump Is Letting Her State-Visit Wardrobe Do the Talking

The first lady’s white hat caused headlines during the Macrons’ state visit on Tuesday. Then came dinner, a shimmering Chanel gown,  an expression that could freeze a lake. Melania Trump shimmered in silver, sequin Chanel couture, and looked as if she wanted to scream.

I wrote about the attempted lip kiss yesterday (below). Colbert noticed it too.

Stephen Colbert Roasts Trump’s Failed Attempt to Hold Melania’s Hand: ‘She Was Not Having It’ (video)


The ‘Late Show’ host knows why the first lady was so reluctant to hold her husband’s hand on Monday. Narrating one “awkward moment” from the first couple’s public appearance, Colbert said, “Trump goes for the kiss, and oh! Saved by the hat.” “That is more than a hat, that is a defensive perimeter,” the Late Show host added. “Their deal is, either she gets to wear the hat or Trump has to wear a cone.” 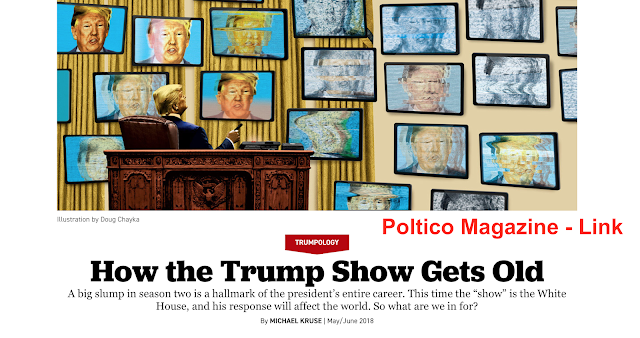 On September 20, 2004, the director of the Museum of Television & Radio in Los Angeles welcomed a packed crowd to an evening discussion “featuring the two people responsible for giving television audiences across America a mesmerizing cultural phenomenon. … Just having launched its second season, ‘The Apprentice’ promises once again to be the water-cooler show that has everybody talking.” The panelists on the stage were Donald Trump, the face of the show, and Mark Burnett, its maestro producer. And the moderator of the event, of note only because of the chucklehead-sidekick role he would play 12 years later during Trump’s presidential campaign, was “Access Hollywood” host Billy Bush.

“This show is amazing,” Bush said, cueing up a frenetic montage of highlights, in which Trump snarled, “This is a dictatorship, and I’m the dictator. There’s no voting. There’s no jury.” The audience clapped.

Most of the rest of the discussion was fawning and unsurprising—until the 41-minute mark. That’s when Bush pointed out an uncomfortable numerical fact: Some 40 million people had watched parts of the first season finale. For the first episode of the second season, though, that number had plummeted. Barely one-third as many viewers tuned in. “Be honest with me,” Bush said to his guests. “Were you thinking to yourself, Oh, jeez?” He wondered if they were “nervous.”
Burnett, clad in sort of “Survivor” chic—blue jeans, light blazer, shell necklace—copped to some concern. “Hearing less than 20 million people,” Burnett told Bush, “pissed me off.”

Not Trump. What pissed him off was the question. Outfitted in his own uniform—dark suit, white shirt, long tie—Trump gave a response as characteristic as his dress. He blamed having to go up against an NFL game. Bush pressed him, and Trump turned belligerent. “No—excuse me,” he said, using a verbal stop sign he would make famous in debates and contentious TV interviews during his presidential campaign. Trump then unleashed a meandering, excuse-laden torrent that mentioned snow, golf and parents taking their kids to school. “So, I don’t know what the purpose of the question is,” he said.

The purpose of the question was to assess the staying power of public interest in Donald Trump.  Continued 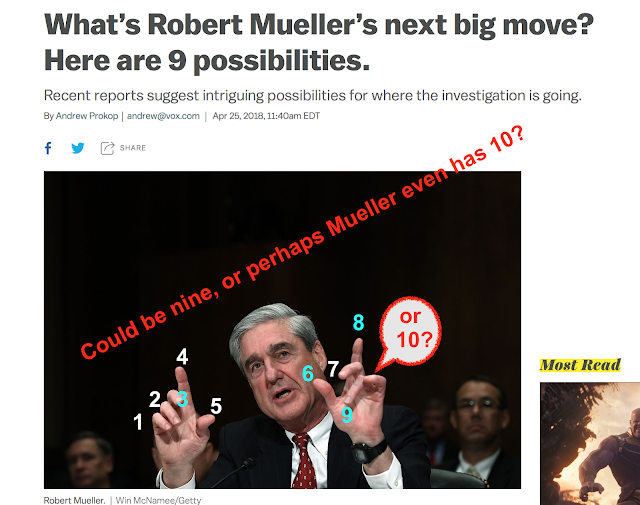 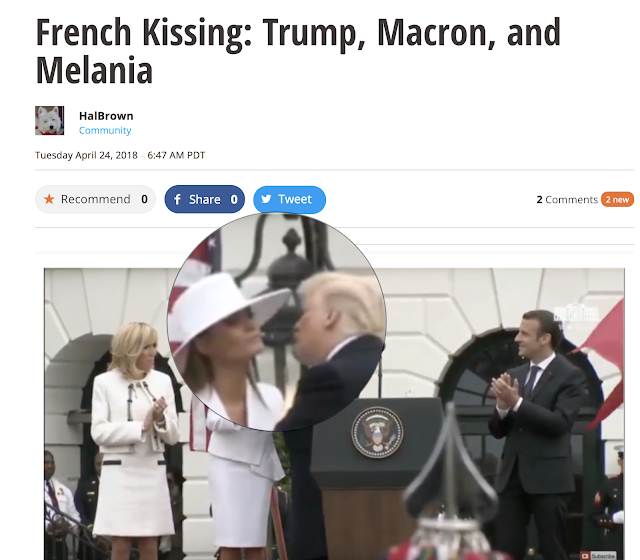 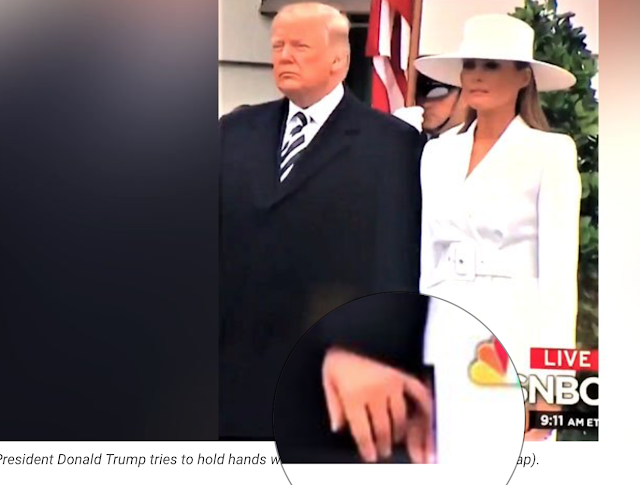 You can watch this on RawStory, link above. Apparently so many people are trying to download this video on HuffPost that it won't play. They put the story near the top of their page.