I cannot stand this in-the-Trump-tank pastor so it's always good to see him taken down:

Special counsel Robert S. Mueller III's investigation just drew what appears to be its most direct line to date between President Trump's 2016 campaign and Russia.

That line is drawn in a new court filing related to the upcoming sentencing of London attorney Alex van der Zwaan. Van der Zwaan has pleaded guilty to lyingabout his contacts with deputy Trump campaign manager Rick Gates and a person identified in the document only as "Person A." Person A appears to be a former Ukraine-based aide to Gates and former Trump campaign chairman Paul Manafort named Konstantin Kilimnik.
Here's the paragraph: 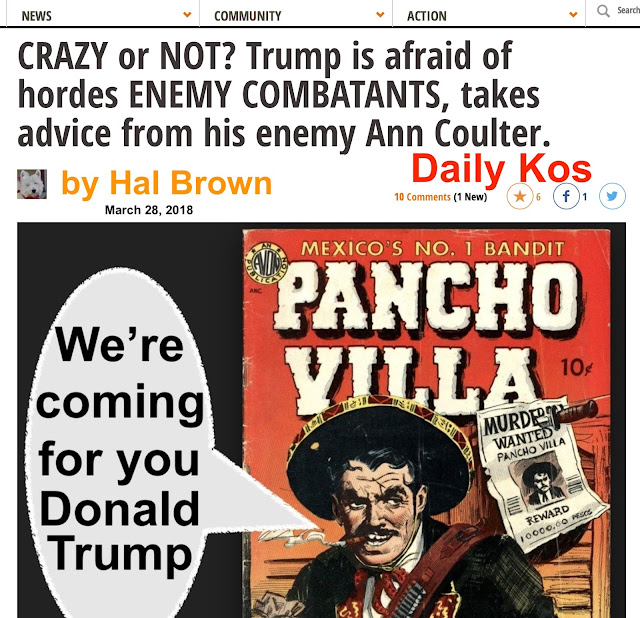 Today I am thinking about something that does not quite neatly fit into a symptom on the list of a DSM category. Let’s just say batshit crazy nos (DSM speak for not otherwise specified).
We all know how often Trump is influenced by Fox News.
Here’s the most recent example. Lawrence O’Donnell had a segment on about this last night.
As those of you who have followed my Trumpoly diaries know I view Trump through my clinician eye (the left one). Here, once again,  he seems to have shown again that he blurs the real world of what is reasonably possible and the world that is just adolescent fantasy, wishful thinking, and/or utterly preposterous.

Trump is now said to have told multiple advisers on various occasions over the past week that the U.S.-Mexico border is a ‘national security’ issue, and the barrier should come out of the Department of Defense's pockets.”
A few nights ago Trump as your heard by now tweeted this:
Because of the $700 & $716 Billion Dollars gotten to rebuild our Military, many jobs are created and our Military is again rich. Building a great Border Wall, with drugs (poison) and enemy combatants pouring into our Country, is all about National Defense. Build WALL through M!
Trump might be ignorant enough to believe the military (aka M ) will "Build WALL." I bet he’s practicing how to give the order while in front a huge crowd with giant machines waiting to start his crowning achievement.
Build… WALL!    BUILD!….. WALL!!!!  BUILD WALL!!!!
The roar of the cacophonous roar of the crowd. The ear-splitting and earth-shaking rumble of a hundred construction machines firing up. It would be more of a turn-on for him than grabbing 20 women’s you-know-whats.
So perhaps he believes he is so powerful he can command the military to start a nuclear war, why not build a little wall?
Maybe there’s no crazy there.
However, just assessing the next to last sentence in the Tweet one has to wonder if he has taken leave of his senses:

Building a great Border Wall, with drugs (poison) and enemy combatants pouring into our Country, is all about National Defense.

Where did Trump come up with the paranoid lunacy that enemy combatants, perhaps descendants of the great Francisco "Pancho" Villa among them, were pouring into our country?

It turns out that Ann Coulter told Fox News host Jeanine Pirro that border protection is an issue of national security on the show hosted by the Intensely moronic  Jeanne Pirro.
I hate to speculate what kind of hold or influence she has over him because she is constantly reaming him out on Fox. We already know it turns him on when a woman spanks him. How’s this for a spanking:


To know why Coulter, the harsh mistress, is still someone who he finds credible would mean going so deep into his perverse thought process you might never get out.
In any case,  this man’s mind is a giant shop vacuum unquestioningly sucking up advice that fits his worldview no matter how that it is so far out of left field it's in the bushes across the highway beyond the stadium parking lot. That far.
Addendum:

This is the message that got through to Trump
"[We] engage in a lot of military actions around the world. I think it can be done right on our border as part of the defense, have the Seabees do it. Where does he get the money to build the wall that you say he can build as national defense? Where does he take the money from?" Pirro asked.
"The same place Reagan took the money to invade Granada, the same place [Trump] took the money to bomb Syria. He has money to spend on national defense," Coulter responded.

Instead of taking advice from Fox and Friends he should listen to his former bestie, who arguably has Trump’s best interest at heart, and knows what resides in the space usually reserved for a soul.

From the Wiki: Jews for Jesus is a Messianic Jewish non-profit organization founded in 1973 which seeks to share its belief that Jesus is the promised Messiah of the Jewish people. They use symbols, holidays, and stories from classic Jewish sources, rebranding them as Christian.[1]

Trump lawyer: Jay Sekulow: How a Jewish Lawyer from Brooklyn Came to Believe in Jesus

His Big Day at the Supreme Court

It seems almost impossible get through a day without a Stormy Story. I've said before tht the real impact these stories may have on Trump will be what would happen to his psycholgical defenses if Melania moves out, possibly going as far as getting a legal separation. 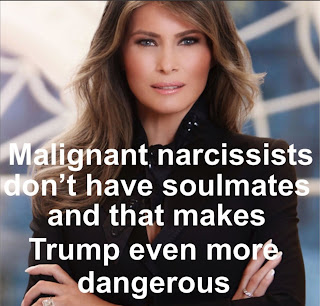 As "Trump rages, often alone in the residence on the top floor of the White House," where's Melania?

Here's one opinion about whether she deserves sympathy, and here's another much more politically relevant story:

The Stormy Daniels scandal may have been the final straw for the first lady.
By Travis Gettys /  Raw Story
EXCERPT:

MSNBC’s Joe Scarborough and Mika Brzezinski hinted they’re hearing from inside sources that President Donald Trump is worried the first lady might be planning to leave the White House.

Brzezinski suggested in an earlier segment that Melania Trump may have signed a non-disclosure agreement with her husband, like adult film star Stormy Daniels — the “Morning Joe” co-hosts later said the president may be uncharacteristically silent on the matter out of fear for his wife.

“Melania Trump wields so much power at this point in time,” Brezinski said. “She could make a decision that would stop Trump in his tracks on many levels, especially if she decides to leave the White House.”

“If she (Stormy) wins this case, does that open the floodgates?” (John) Heilemann said. “Then there’s one other matter which people talk about a lot when they speculate about this question.”

“Is there a prenuptial agreement between Melania and Donald Trump, and what does that say and why is he concerned about the timing of these allegations and whether or not the allegations he faces from Stormy Daniels or other women?” Heilemann added. “Where do they fall in the arc of his relationship with Melania Trump and what legal implications might that have for whatever prenup he certainly has with his current wife?”